Joey Bishop: The Lost Rat in the Pack 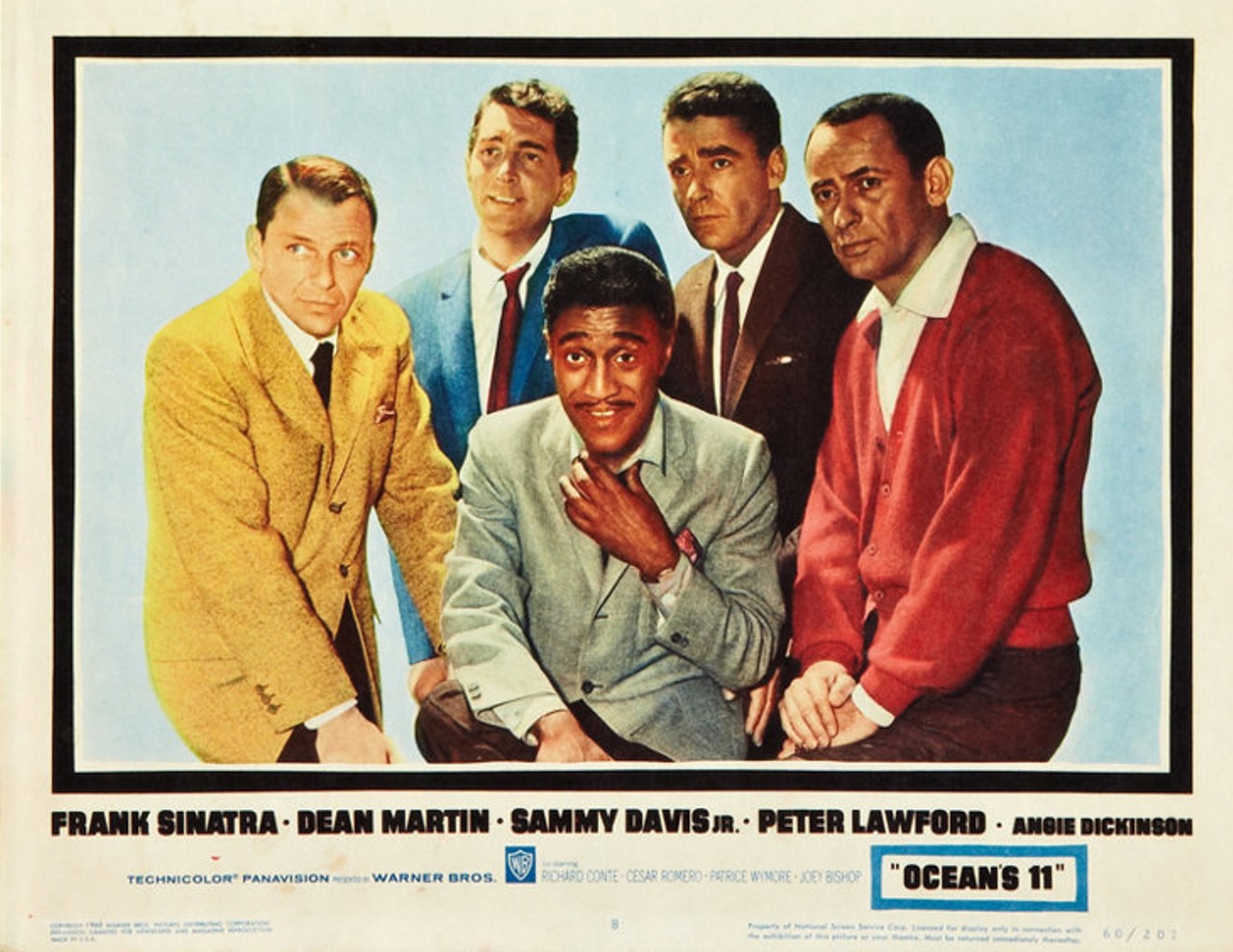 For a brief time in the early ‘60s, they were the Connoisseurs of Cool and the Sultans of Swinging Swagger, taking Las Vegas by storm with a base of operations at the Sands Hotel & Casino. By day, they filmed the heist caper flick Ocean’s 11. By night, they performed a seemingly relaxed, freewheeling, and largely improvised show of music, comedy, and mayhem as much for their own amusement as their audiences.

Ensuing decades have burnished the image (and built a not-always-accurate myth) of the fraternity of five middle-aged playboys known popularly as The Rat Pack. Many people can named the principal three: Acknowledged ringleader Frank Sinatra and fellow singer “pallies” Dean Martin and Sammy Davis Jr. Fewer can recall fourth appendage, actor Peter Lawford. Even fewer can conjure up the name of the last of the quintet: comedian Joey Bishop. 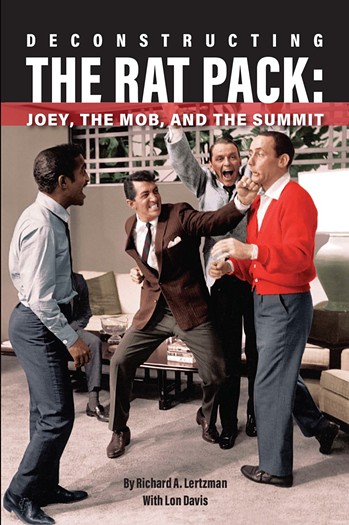 Prestige Books cover
This book serves as an amalgamation of both a biography of Bishop and the story of the Rat Pack and his role in it. Early chapters detail how the Philadelphia-born man named Joseph Gottlieb broke into show business, clawing his way up one club booking at a time. Along the way, he grows close to the many Mafia-connected figures who owned or ran the clubs.

It’s not until he meets and befriends Sinatra in 1952 that his star begins to rise with the fairy dust sprinkled by an association with Ol’ Blue Eyes. Bishop’s comedy stylings are clean, and is he is dubbed the “Frown Prince of Comedy” for his often dour expression and delivery, part of the act.

The book represents decades of interviews, though without the guaranteed participation of its subject. When film historian/writer Richard Lertzman originally approached Bishop about writing a book, the aging comic clearly and loudly expressed that he did not want to revisit his memories or spill tales of the Rat Pack, preferring to keep the focus on his life and career.

Eventually worn down by the co-author’s persistence, Bishop told more with each subsequent interview that he and Lertzman had over 12 years starting in the 1990s.

And while the myth of the Rat Pack shows the principals referred to as “The Summit” (both in Las Vegas and a later run in Florida) contends that it was Frank Sinatra and his pals playing around, much of the seemingly improvised material was actually rehearsed.

Still, they became the hottest ticket in town (the $5.95 price - $26 today - also included a meal, though it was a loss leader that was more than made up for in the casinos). Both the shows and the film helped popularize the image of Las Vegas as a swingin’ tourist destination, the real triumph of the marriage between art and commerce.

The picture of Bishop that Lertzman and David develop is more often than not unflattering. He’s portrayed as a modestly talented comic, but a world class kiss-ass who knew when to keep his mouth shut or look the other way, and only attained fame via his association with the more famous.

Others interviewed chime in that he was inconsiderate and unnecessarily arrogant. Though at least he fares better than Lawford, who seems to be kept around mostly for his connections to his brother-in-law, a certain John F. Kennedy who had a new job in 1960 as President of the United States. Lawford became persona non grata with Sinatra after the singer was snubbed by JFK post-election, despite all the work Sinatra and the Pack had done to help him get elected (with some possible shady Mafia ties when it came to votes in Illinois).

Through a series of entertaining original interviews with Rat Pack associates and performers like Mickey Rooney, Buddy Hackett, Shecky Greene, and Rose Marie, the authors product a very atmospheric narrative of a showbiz culture long gone.


The book understandably loses a bit of steam about halfway through when the narrative turns to Bishop’s post-Rat Pack career, including his own four-season TV series and the inordinate amount of backstage drama that ensued. Much of it was instigated by the mutually-held disdain between Bishop and many of the show’s cast, staff, and executives.

He would also fall in and out with Sinatra personally, and returned to a nightclub and television hosting landscape that had changed dramatically as the ‘60s pushed on. He landed a talk show that ran for 640 episodes (though only 35 survive to this day), though it’s often most noted for the presence of Bishop’s sidekick, Regis Philbin, who left under a cloud of anger.

This book reproduces a lengthy 1968 interview that Bishop did for a book on comedians discussing comedy, and is the fullest picture the reader gets about his approach to the art form and his own backstory.

By the dawn of the ‘70s, barely in his early 50s, Bishop’s career died off (he even tried a brief turn as a country singer). He increasingly isolated himself at home with his wife, happily showing mementos of his once-thriving career to visitors, while spewing bitterness and anger about his setbacks. But in a seeming case of “you reap what you sow,” Lertzman and Davis give space to his detractors (the word “prick” comes up often). Even the seemingly always-jovial Philbin has a one word description for the man: “evil.”

Nevertheless, Joey Bishop was the last member of the Rat Pack standing, before dying in 2007 at the age of 89. And while the devil-may-care, decidedly un-PC shenanigans of the Rat Pack’s smoking-drinking-gambling-chasing broads ethos seem to polarize people between idolatry and disgust, for a brief period, it was all ring-a-ding-ding. And that was both an ascending rocket and dragging anchor for Joey Bishop.
KEEP THE HOUSTON PRESS FREE... Since we started the Houston Press, it has been defined as the free, independent voice of Houston, and we'd like to keep it that way. With local media under siege, it's more important than ever for us to rally support behind funding our local journalism. You can help by participating in our "I Support" program, allowing us to keep offering readers access to our incisive coverage of local news, food and culture with no paywalls.
Make a one-time donation today for as little as $1.