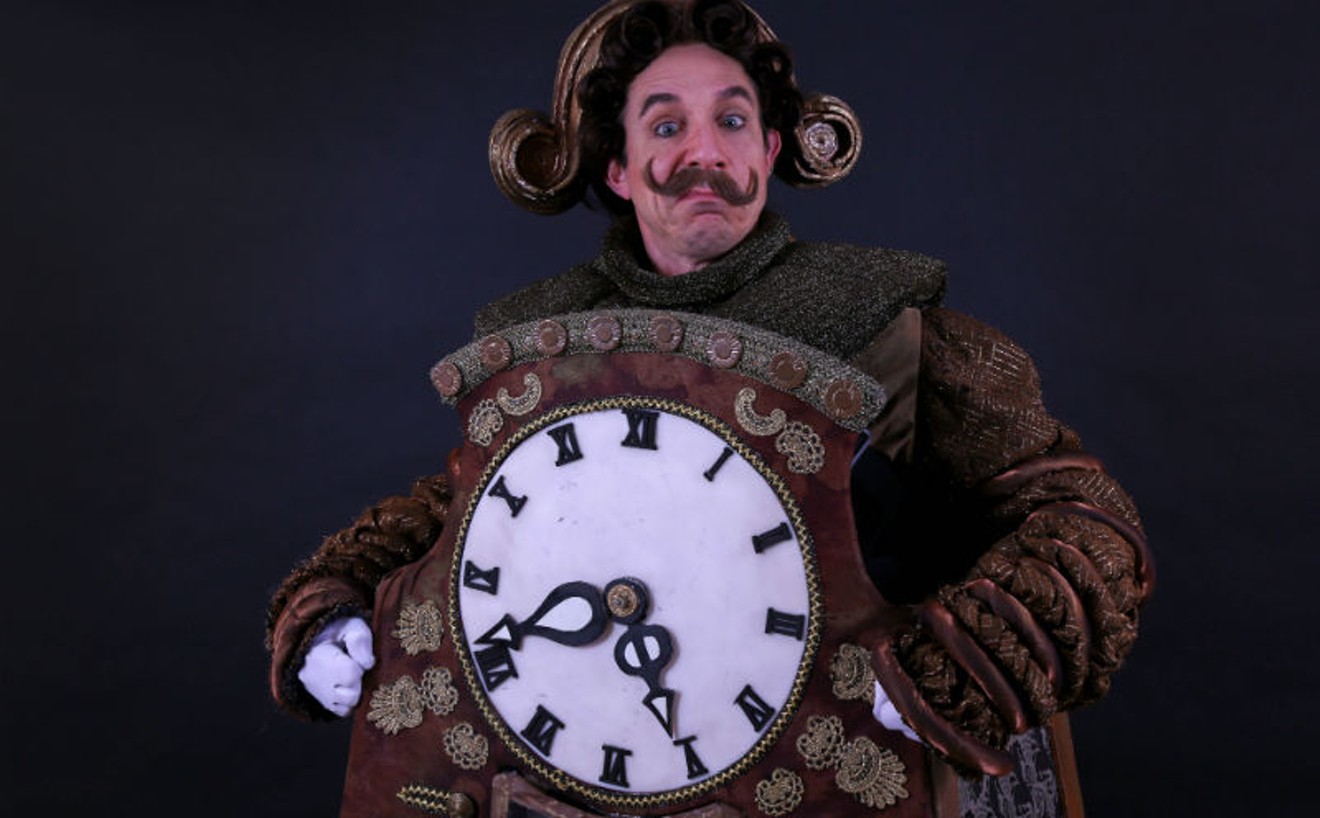 "But none of them are as misogynistic as Gaston" in Disney's Beauty and the Beast, he says, laughing. "It's the same kind of prince-like pride, shoulders back, chest high, but Gaston is just extremely full of himself."

Still, Hines says he likes Gaston, explaining: "It's important for us as actors never to judge our character but to see their actions through their own interpretation. I have to approach the role by seeing it through his eyes."

And those eyes, Hines says, do like Belle. Yes, a marriage with her would improve his position in society. Yes, she's the most beautiful woman in town and Gaston feels he deserves that. But he likes her as well, Hines assures. "He's just such a fun character."

It's the return of Disney's very successful musical sparked by the incredibly successful film. The plot about a thoughtless young man transformed into a beast by a curse and the young woman who comes to love and redeem him is basically the same as in the movie but more depth has been added to the characters, a couple of minor players in the film have larger roles and oh yes, there are even more songs.

It's more than fitting that Theatre Under the Stars is presenting this during its 50th anniversary year since 25 years ago Disney turned to TUTS to try out its new musical before going on to fame and fortune on Broadway.

Hines, who recently finished a three-year national tour with Jersey Boys, says he's always wanted to play Gaston ever since seeing the animated film version of the character. "He is big and he is broad and he is pompous and very colorful. It's fun to puff up my chest and go on out there and not apologize for being someone that others might frown on; someone outside of myself."

His first exposure to musical theater was when his grandmother took him to see The Phantom of the Opera in Tulsa when he was about 12 years old, Hines says. "When I saw that production and people traveling the country and making a living doing that, it planted a seed."

"I hope to have the fortune to make a career in the arts. I want to have a family and I want to support that family with my artistic ventures," he says. " Dreams of Broadway are always there. But that is not necessarily the goal anymore and probably never really has been. Probably the goal has been to make a living and keep working."

"Traditionally, it's a beautiful story. The music [by Alan Menken, lyrics by Howard Ashman and Tim Rice] is so well written; it's catchy to the ear. The stage production is beautiful. It's a classic tale. It's the hero’s journey and the interesting thing is that it's a hero's journey from the perspective of a woman. We’re talking 25 years ago and older for the movie that was very unusual. I think for little girls and women of all ages to see a woman at the epiccenter of a story was really empowering."

Even if people have seen the musical or the movie before, there are still good reasons to this special production of Beauty and the Beast, Hines says. "Disney came to TUTS 25 years ago to stage and rehearse Beauty for the stage production for the very first time. It started in this community. It was a big deal and it’s still a big deal. "

"And secondly, [director and choreographer] Chris Bailey (Broadway choreography: Getting the Band Back Together) he’s really good at avoiding cliches. He really works hard to make sure that the story is grounded in real relationships, real struggles, real human behavior. The way he's directing it is very much grounded in real life and is going to be unique to this production. He's brought this really brilliant structure into rehearsal and he’s given us as actors to play inside of it, to bring out own ideas to match his.  So together we are building this very unique production has never been seen before."

Performances are scheduled for December 8-23 at 7:30 p.m. Tuesdays through Thursdays and Sundays, 8 p.m. Fridays and Saturdays and 2 p.m. Saturdays and Sunday at the Hobby Center, 800 Bagby. For information, call 713-558-8887 or visit tuts.com. $30-$134.50.
KEEP THE HOUSTON PRESS FREE... Since we started the Houston Press, it has been defined as the free, independent voice of Houston, and we'd like to keep it that way. With local media under siege, it's more important than ever for us to rally support behind funding our local journalism. You can help by participating in our "I Support" program, allowing us to keep offering readers access to our incisive coverage of local news, food and culture with no paywalls.
Make a one-time donation today for as little as $1.