The Winter's Tale: A Shakespearean Play Set in a Houston Penthouse at the Alley 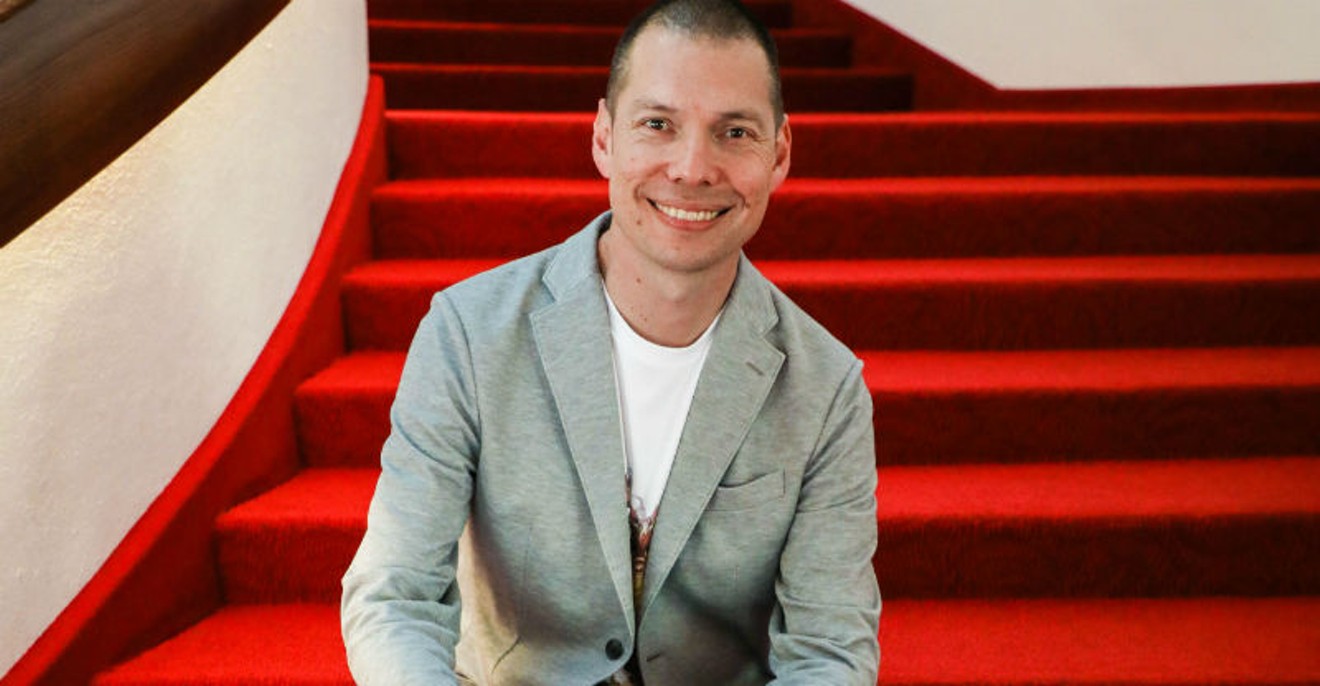 So The Winter's Tale, a little seen early work by the Bard and one of his so-called "problem plays,"  will take place in a modern day Houston penthouse, with various inset scenes taking place in other, more rural parts of Texas. The two transfers from the San Francisco area are well aware that they need to tread lightly, Locher says, in presenting their vision of Texas to the local audiences, but they've pledged to do it with reverence.

In Shakespeare's time, of course, there was little to no scenery on stage and audiences were supposed to be able to follow the action from one locale to another because of what the actors were doing, Locher says. But modern day audiences generally welcome a bit more ambience.

"Part of the role of the modern designer is to understand how these plays which are so beautifully reliant on language, how that translates to a medium which has become a much more visual and technological medium than it once was," Locher says.

At first, Locher says, they were going to go back and forth between say West Texas scenes and ones here by building alternate sets. But that rapidly became an unwieldy concept, he says. Instead Melrose decided to have a young boy, sitting in a room playing with toys, tell his mother a story, Locher says.So Locher constructed a penthouse as a sort of container or framework to work within while visiting other areas of the state. Pink clouds —- "fully dimensional fuzzy sculptures" — are part of this imagining as a young boy tells his mother a story. "They never actually leave the penthouse," Locher says.

Which brings us to the story which is mostly a tragedy with a comedic turn toward the conclusion and a somewhat hurried wrapping up of all the characters' lives. According to Locher, Melrose with whom he worked at his previous theater, likes taking on some of the tougher Shakespeare plays, as he will when he directs this one.

In one of his more convoluted plots, Shakespeare begins with one of his patented misunderstandings: one king thinks another king is having an affair with his wife and that the baby she's carrying is not his, but the other king's. None of which is true. He throws her in prison, he orders the child to be killed (doesn't happen) and the couple's son dies because he's so upset about the accusations against his mother. The accused queen faints, her friend tells the king she's dead and life goes on in sorrowful fashion. This is all just the first part.

The most distinctive and oft-quoted stage direction in this play comes from Shakespeare himself: "Exit, pursued by a bear." How this will be portrayed is anyone's guess but Locher says he's done this play before with a different approach each time.

Locher, who was also busy last week getting his daughter ready for orientation at her Houston ISD elementary school, did not grow up as a theater kid. But he was always fascinated with dramatic stories in show biz and at age 9-10 would use his visual artistic talents to essentially story board shows he had seen. But it wasn't until he took Design for Theater 101 as an undergrad at UC San Diego that he discovered what he wanted to do.

He went on to apply to the Yale School of Drama at the urging of Melrose, was accepted and the job offers followed his studies there. "I realized that part of what was interesting about it to me was as an artist working on my own, what was missing was my work interfacing with somebody else's ideas in a meaningful way. That was what was so fun about theater. I got to drae pictures and paint scenes that were in direct dialogue with somebody else's ideas. And that to me is such a magical and wonderful thing."

Performances are scheduled for September 13 through October 13 at 7:30 p.m. Tuesdays through Thursdays and Sundays, 8 p.m. Fridays and Saturdays, and 2:30 p.m. Saturdays and Sundays at Alley Theatre, 615 Texas. For information, call 713-220-5700 or visit alleytheatre.org. $28-$77.
KEEP THE HOUSTON PRESS FREE... Since we started the Houston Press, it has been defined as the free, independent voice of Houston, and we'd like to keep it that way. With local media under siege, it's more important than ever for us to rally support behind funding our local journalism. You can help by participating in our "I Support" program, allowing us to keep offering readers access to our incisive coverage of local news, food and culture with no paywalls.
Make a one-time donation today for as little as $1.