Behind The Curtain: See What's In Store For Theater District Open House 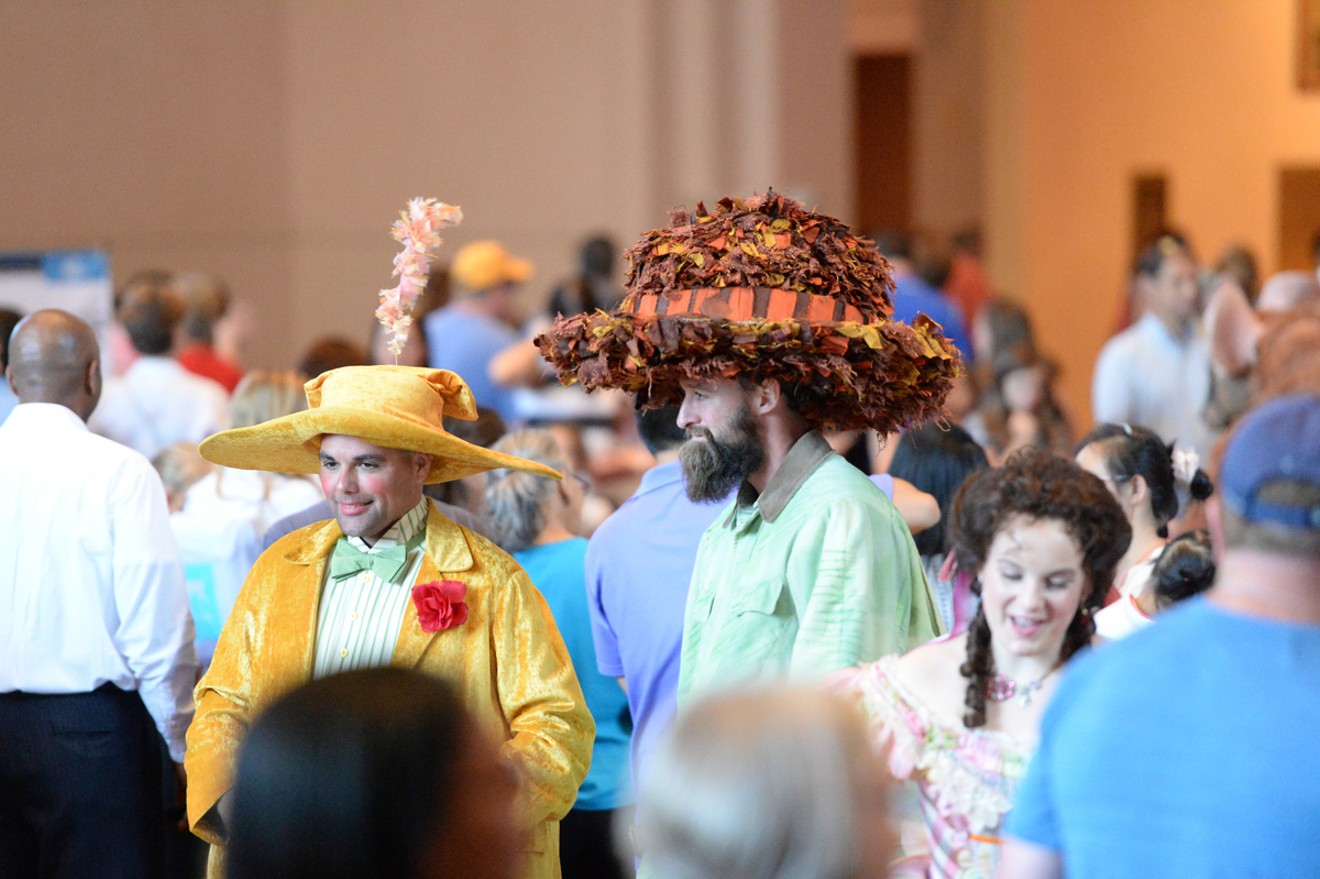 Theater District Open House welcomes one and all to a free day of performances and the deepest discounts to the 2019-2020 shows. Photo by Morris Malakoff
Houston's Theater District anchors a flourishing performing arts landscape that enriches and amplifies the culture of our city. The downtown marvel joins only a handful of cities in the country with resident companies in all of the major performing arts disciplines including opera, drama, musical theater, symphony and ballet. To help introduce the offerings of our major arts players, the collective hosts one free day of performances and events to show the treasures they have to offer. Known as Theater District Open House, the annual event takes place the last Sunday of August. In a lead up to Open House, the Houston Press is taking a deeper look at the people and programs that make our arts scene vibrant.

At risk of sounding like a bragger, we'll go ahead and say what everyone else knows: Houston's theater scene has a lot to crow about. Just see the latest theater reviews to form your own opinion.

Beyond that, Houston has one of the largest concentrated centers for cultural arts. It's the birthplace of new musicals, dance performances and artistic expression. It's also the home base for some of the most memorable feats of the stage. Anyone remember Jekyll & Hyde? How about Beauty and the Beast? What about the world class Houston Ballet? Or the Grammy Award-, Emmy Award- and Tony Award-winning Houston Grand Opera. (The Opera is only one award and letter away from earning EGOT status. Our eyes are peeled for when Houston can finally claim that last letter....)

For that, we feel no shame in taking a minute to applaud our city's accomplishments and welcome all interested parties to the new Houston theater season.

To help make that task a little easier, the city, in its infinite wisdom, created TC Energy Theater District Open House. It's a day where all the major performing arts venues open up their doors and welcome one and all to see what the upcoming season has to offer. It's free. It's convenient (no parking fees on Sunday!). It's open to everyone. So, no excuses for not attending.

"It's a great community event. It's an opportunity for anyone to come down, explore the different theaters, see the different offerings and see how accessible they are," said Kathryn McNiel, CEO of Downtown Theater District.

As much as we want to never utter the combined words "Hurricane Harvey" again, Mother Nature's devastation still holds somewhat of a memory on this 26th year for Open House. This year marks the first time Open House has been able to host activities in a post-Harvey Wortham Theater Center, and it's a welcome change.

"Whereas last year, the Theater District was open, we couldn't use the Cullen and Brown Theaters. Now, everything is open. There's no more construction vehicles on Fish Plaza, and it's very exciting," she said. 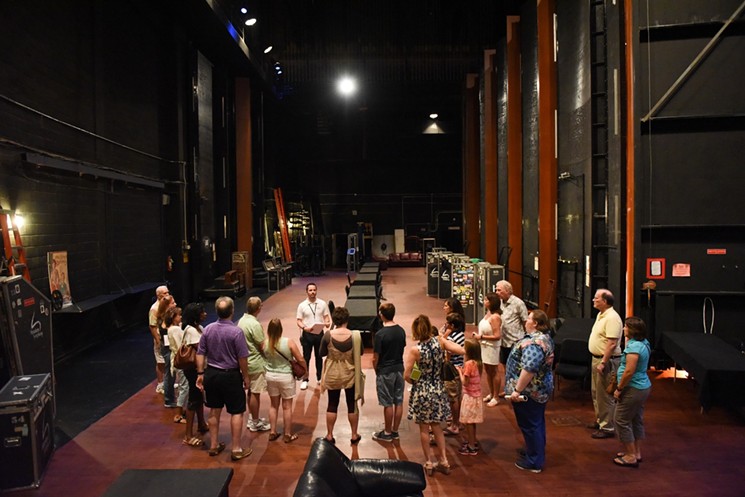 You never know what happens back stage in the theater district...until you take a backstage tour.
Photo by Morris Malakoff
After two years of recovery, we're glad to welcome the Wortham back into the fold. That also sets the precedent for the other great offering Open House brings...This weekend will showcase behind-the-scenes experiences, performance previews, interactive activities and special, deep discounts to season tickets as well as first chances at tickets for some of the first shows in each performing arts' season.

Among those, McNiel predicts a few shows will become hot ticket commodities. She mentioned Hamilton and A Chorus Line as grab-'em-while-you-can-get-em tickets, and she also mentioned the Houston Grand Opera's world premiere of El Milagro del Recuerdo as a not-to-miss item.

Beyond that, she advises people to explore their interests and enjoy the entertainment. Programming for the day includes performances by Kinder High School for the Performing and Visual Arts, percussion workshops by Nameless Sound, makeup and costume demonstrations by Magpies & Peacocks, interactive art experiences by Young Audiences of Houston and a visual art project by Joan Dodd.

Several blocks of downtown will be closed off for the event, which will make it easy for strollers and parents of young ones to pass between each performing arts venue. Additionally, air conditioned (and again, free) shuttles will transport visitors between each building, and mobile food vendors will keep mom and pop well fed. The mobile piano and guitar located at Jones Plaza will keep the kiddos pleased too.

And of course, all of that is a surplus to the five-hour nonstop fun comprising the TC Energy Theater District Open House. Let us know in the comments which shows you're most excited to see this coming year. And also, be sure to follow our coverage of each performance throughout the new season.

Theater District Open House takes place noon - 5 p.m. with a concert starting at 4 p.m., August 25. Locations include Alley Theatre, 615 Texas; Hobby Center, 800 Bagby; Jones Hall for the Performing Arts, 615 Louisiana; Revention Music Center, 520 Texas; and Wortham Theater Center, 501 Texas. For information, visit theaterdistrictopenhouse.com. Free.
KEEP THE HOUSTON PRESS FREE... Since we started the Houston Press, it has been defined as the free, independent voice of Houston, and we'd like to keep it that way. With local media under siege, it's more important than ever for us to rally support behind funding our local journalism. You can help by participating in our "I Support" program, allowing us to keep offering readers access to our incisive coverage of local news, food and culture with no paywalls.
Make a one-time donation today for as little as $1.