English pop artist Derek Boshier, a contemporary of David Hockney, David Bowie and Alan Jones, is bringing a special series devoted to Houston in Redbud Gallery's "Ghosts of Houston." Shown: Kings Road Photo by Lynet McDonald, Redbud Gallery
Sometimes it helps to have friends in high places. While in Germany local gallerist Gus Kopriva viewed a 2017 exhibit at the Wolfsburg Museum, "This Was Tomorrow, Pop Art in Great Britain," with extraordinary objects by The Beatles, David Hockney, Lord Snowdon, The Rolling Stones, The Who, and Derek Boshier.

British pop artist Boshier — who now lives in Los Angeles — also has a Houston connection, having taught at the University of Houston during the 1990s. One thing led to another and Kopriva convinced Boshier to return for what will be his first solo exhibit in Houston since a 2006 show at Moody Gallery. He'll be in town for the premiere of a special series at Kopriva's Redbud Gallery, "Ghosts of Houston," with paintings, drawings and photographs; the following day features a lecture and screening of a rare Boshier film.

In addition to the Apollo 11 moon landing, this summer also brings the 50th anniversary of the Stonewall rebellion, a moment in history that brought about the movement for equality and civil rights for queer communities. Before pressing his own ejector button out of the Contemporary Arts Museum Houston, former director Bill Arning proposed an exhibit that paid tribute to that seachange event; Curator Dean Daderko has brought Arning's vision to life for CAMH in "Stonewall 50." 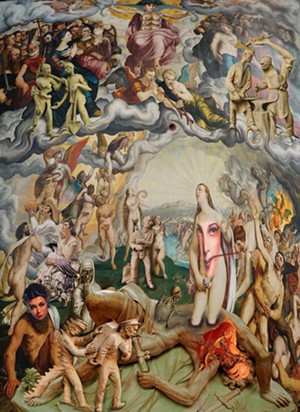 Opens April 6 at Nicole Longnecker Gallery.
Photo by Einar and Jamex de la Torre
And while California is experiencing a bumper crop of poppies this time of year, Houston's got its own super bloom of Frida Kahlo events this month, courtesy of the nomadic East End Studio Gallery. It is hosting a two day group show at Hardy & Nance Studios, then turns the fiesta into a festival at Discovery Green and Avenida Houston. Paint on those unibrows, arrange flowers artfully in your hair, then experience art and artists inspired by the late Mexican artist.

Epic, baroque and with a touch of humor, "Latino Art Now!," a new exhibit at Nicole Longnecker Gallery, features lenticular prints and blown glass by collaborative artists-brothers Einar and Jamex de la Torre. Expect Mexican folk art imagery that references both high and low culture in a fusion between the sacred and profane in this riff on cultural iconography. Discover even more works by Latino artists at the Museum of Fine Arts, Houston in "Between Play and Grief," featuring work created over six decades by artists who rely on parody and dark wit to express social and political realities.

Read more for a 4/20 tribute to psychedelia at Insomnia Gallery, a fast-draw competition by muralists in Secret Walls x Houston, The Woodlands Waterway Art Festival, and ongoing programming for "New Monuments for New Cities" along Buffalo Bayou.

Several important art exhibits that launched in March, including the van Gogh exhibit at MFAH, are still open; check out our companion articles before charting your course.
Through October 1, "Sonic Playground: Yuri Suzuki," Discovery Green, 1500 McKinney 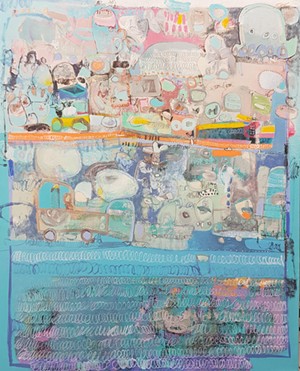 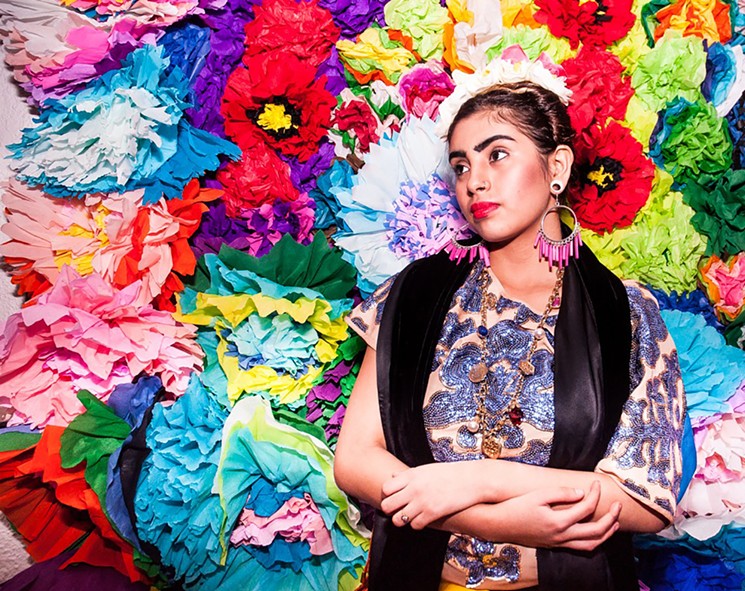 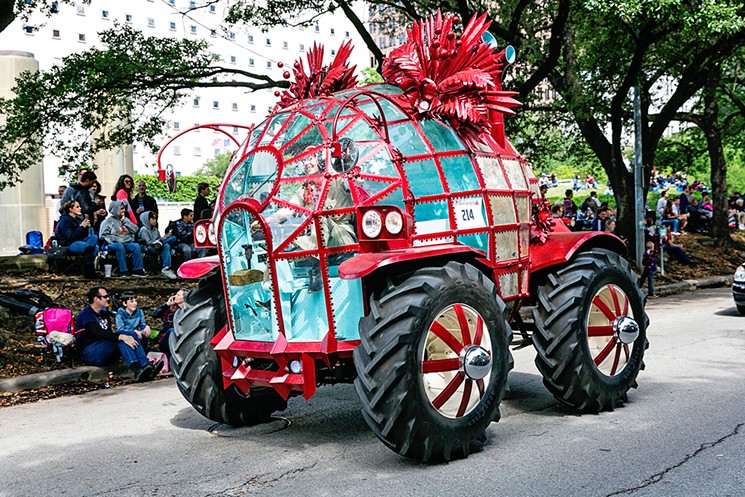 April 28-May 25, "Nuestra Cultura and Cinco de Mayo Art & Culture Exhibit," Casa Ramirez FOLKART Gallery, 241 West 19th
KEEP THE HOUSTON PRESS FREE... Since we started the Houston Press, it has been defined as the free, independent voice of Houston, and we'd like to keep it that way. With local media under siege, it's more important than ever for us to rally support behind funding our local journalism. You can help by participating in our "I Support" program, allowing us to keep offering readers access to our incisive coverage of local news, food and culture with no paywalls.
Make a one-time donation today for as little as $1.