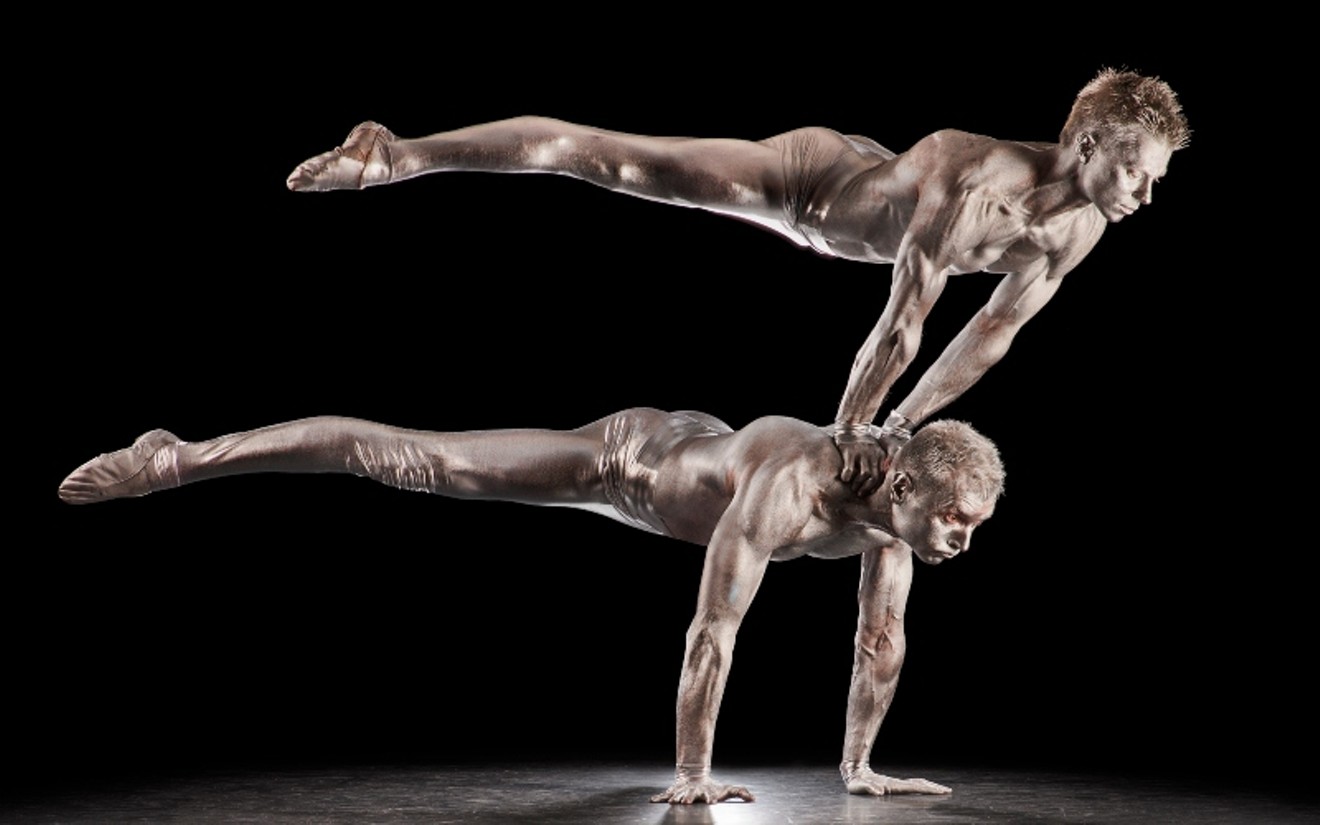 "Cirque de la Symphonie has been a crowd favorite in Houston...and it is just a dazzling, sensory overload for the eyes and the ears," said Steven Reineke, principal POPS conductor, alluding to the show's most recent performance on the symphony's 2018-19 season.

To pull off this concert, the conductor had a wide menu of music to select from, and he worked with the cirque's leadership to strike the right balance.

"The music is paired very specifically to what type of act it is. There's a magic act, juggling act, a quick change artist, and so forth, and the music has to be specific for these particular acts," he said.

In choosing the programming, the POPS conductor stepped out of the typically popular, recent music motif usually associated with POPS and leaned more on classical pieces, and the choice seems to balance quite well. And it also shows the versatility of the classical pieces.

"There's an aerial duo performing some fun silk fabrics with two people gliding through the air to the beautiful waltz from Tchaikovsky's Swan Lake. Then another guy will do a solo aerial performance to Wagner's 'Ride of the Valkyries.' It's extremely muscular, as opposed to that beautiful waltz from Swan Lake. They both showcase a very different experience," Reineke said.

The performance acts will soar sky-high this weekend.
Photo by Richard Calmes; Courtesy of Cirque de la Symphonie
And the whole night will continue with versatility, both in the acts from the big top and the world-famous Houston Symphony orchestra.

Other well-known pieces will include selections from Bizet's Carmen, Ravel's "Bolero," Offenbach's and Binder's "Can Can" from Orpheus in the Underworld, "Dance of the Comedians" from The Bartered Bride, and more.

With the show's natural draw, Cirque de la Symphonie serves as an easy entry point to bring young minds or new people to the audience, and despite the display of human feat with the cirque performers, don't sleep on the work required by the orchestra — they're shouldering half of the load as well.

"I think it's great to start the new POPS season by featuring the orchestra. There's so many times I bring in guest artists, guest vocalists, or we're playing the score to a movie. Even though I have the circus acts in this show, it is still very much an orchestra feature as well. I'm really excited to give the orchestra a chance to shine on this repertoire and for them to get their glory," Reineke said.

Houston Symphony's Cirque de la Symphonie plays 8 p.m. September 9 and 10 and 2:30 p.m. September 11 at Jones Hall, 615 Louisiana. For information, visit houstonsymphony.org or call 713-224-7575. $29 - $154.
KEEP THE HOUSTON PRESS FREE... Since we started the Houston Press, it has been defined as the free, independent voice of Houston, and we'd like to keep it that way. With local media under siege, it's more important than ever for us to rally support behind funding our local journalism. You can help by participating in our "I Support" program, allowing us to keep offering readers access to our incisive coverage of local news, food and culture with no paywalls.
Make a one-time donation today for as little as $1.