Women Rock! for a Cause at Upcoming Mildred's Umbrella Benefit 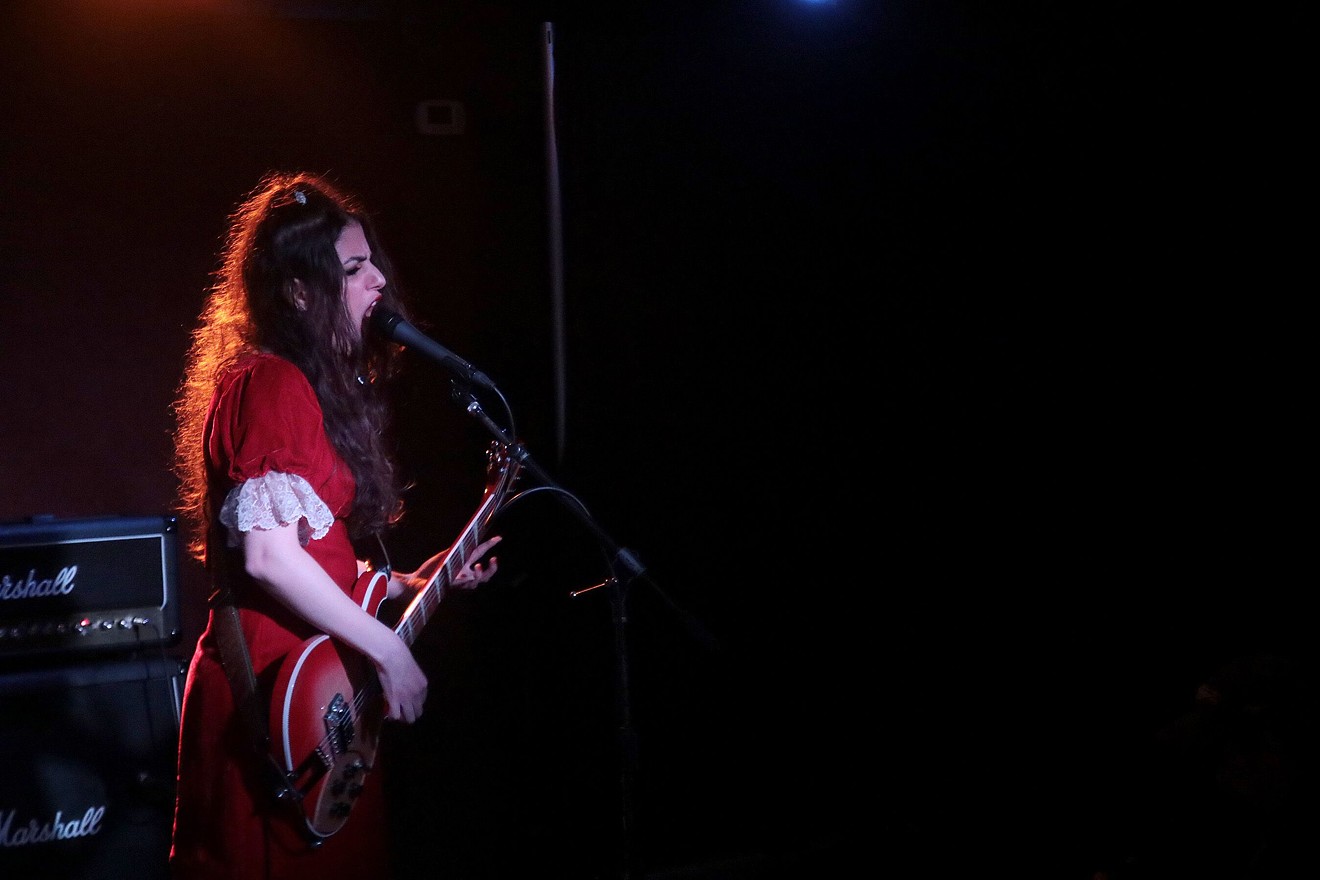 Quinn the Brain at the 2019 Women Rock!, a benefit concert for Mildred's Umbrella. Photo by Pin Lim
Mildred’s Umbrella Artistic Director Jennifer Decker remembers seeing the gender disparity in theater that led her company to make its unofficial women-centric mission official in 2014, a disparity confirmed by studies like "The Count," a joint venture by the Dramatists Guild of America and the Lilly Awards which showed that between 2011 and 2014, just 22 percent of the plays produced in American theaters were written by women. That despite the fact that women made up about 60 percent of theater audiences.

With an on-the-books commitment to featuring the work of women – playwrights, actors and directors – as well as empowering women through the arts since then, it’s no surprise that when the company decided to eschew the typical gala fundraiser, they replaced it with a concert full of all-women or women-fronted bands.

Women Rock!, Mildred’s benefit concert (with a silent auction and door prizes) makes its return to Rudyard’s  this Saturday for its third annual incarnation, which, not for nothing, is also a women-owned business.

“It’s just been an ongoing battle for a really long time to make sure that women have spaces, and if women don’t help other women out – we can’t expect it ever to change if we don’t make space for each other,” says Decker.

Since its inaugural year in 2018, Women Rock! has proven a success, with Decker noting that considering the interest from solo artists and bands, they could probably do two nights instead of one, if not just for the fact that she hates saying no to anyone.

“As soon as people heard about the date being set I got a lot of calls, and unfortunately we can’t do too many in a night,” says Decker. “But we tried to bring back the ones that have been loyal and popular.”

Back from headlining the first year to headline the third are Houston punk rock veterans Mydolls, and also returning, for their third consecutive appearance, is tween duo Lazer Kittenz, who we easily named one of Houston's 10 Best Acts Under 21 Years Old way back in 2017.

“They were, like, 11 years old from the Girls Rock Camp the first time they played at our fundraiser and now they’re 13,” says Decker. “It’s really cool to see how much better they get every year.”

Lazer Kittenz at the 2019 Women Rock!, a benefit concert for Mildred's Umbrella.
Photo by Pin Lim
Also on the bill is grungy, alt-rock trio Quinn the Brain (also returning for the third time), the ukulele stylings of Alli Villines, punk quartet Branagan, and the accordion cover band you never knew you needed in your life, Houston’s A.S.S. Joining Branagan and Houston’s A.S.S. as first-time participants are Julia Marie, ACIDPUSSY, and Nobody's Daughter, also alums from of the Girls Rock Camp.

Decker admits that Women Rock doesn’t make “a ton of money,” but it has connected Mildred’s Umbrella with people they wouldn’t normally have access to, such as the fans of the bands recruited for the concert.

“It’s an opportunity for us to tell them about us and give them flyers, and we noticed a few of them started trickling in to our productions, so it’s also raising awareness of who we are,” says Decker. “And also our patrons are learning about the bands, too, so we find that we’ve got all these friends in all these different artistic categories after we do something like this.”

While the benefit connects Mildred’s Umbrella to the local music scene and vice versa, Decker says this type of “cross-pollination” extends further for the company and can be attributed to the loss of a permanent space in 2018. Since then, Decker says the question of how to keep the company busy while looking for something new has been answered in the form of collaboration.

In addition to Women Rock! and Mildred’s joining forces with Main Street Theater and Stages to present the three works of Quiara Alegría Hudes’s Elliot Trilogy – Mildred’s Umbrella will stage a reading of the third play in Hudes’s series, The Happiest Song Plays Last, in March – Decker is currently ironing out details for May’s FemFest Houston: Voices of Asia with Asia Society Texas Center.

This past December’s inaugural FemFest Houston, Voices of Israel, emerged from a conversation between Decker and the Israeli consulate, along with Decker’s commitment to finding a way to present works by women playwrights that did not require a permanent space. The weekend-long series, built around the idea of spotlighting one demographic of women playwrights, was hosted by the Evelyn Rubenstein Jewish Community Center of Houston and featured three readings – each a Houston premiere.

Following the success of FemFest Houston: Voices of Israel, Decker has partnered with both Asia Society Texas Center and Shunya Theatre to bring another three staged readings – again, Houston premieres – of plays written by Asian and Asian-American women playwrights.

Decker adds that she’s already looking at series for African-American, Latina, and lesbian playwrights, noting with a laugh that collaboration is just “kind of our thing this year.”

More than that, Decker says that the collaboration among theaters says something even more important about the city.

“It just shows you the spirit of Houston theater,” says Decker. “We’re all very connected and very generous with each other, and that’s probably why Mildred’s Umbrella, with our small budget, has even survived.”

Women Rock! is scheduled for 6 p.m. (show begins at 6:15 p.m.) on February 22 at Rudyard’s British Pub, 2010 Waugh. For more information, visit mildredsumbrella.com. $20.
KEEP THE HOUSTON PRESS FREE... Since we started the Houston Press, it has been defined as the free, independent voice of Houston, and we'd like to keep it that way. With local media under siege, it's more important than ever for us to rally support behind funding our local journalism. You can help by participating in our "I Support" program, allowing us to keep offering readers access to our incisive coverage of local news, food and culture with no paywalls.
Make a one-time donation today for as little as $1.