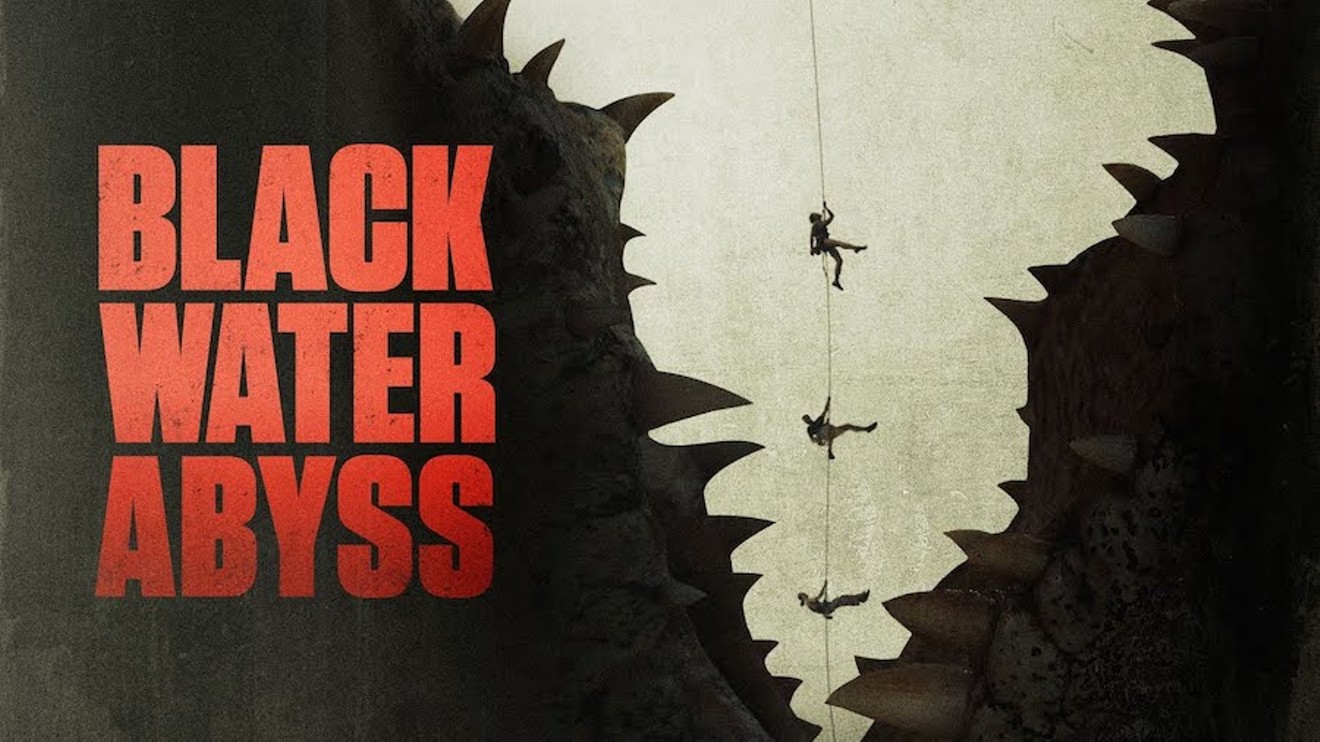 Describe This Movie In One Barack Obama Quote:

PRESIDENT OBAMA: “I have to admit when we reformed health care in America, crocodile insurance is one thing we left out.”


Brief Plot Synopsis: I remember when rock (climbing) was young/Me and Suzy had so much fun.

Rating Using Random Objects Relevant To The Film: 3 Steve Irwins out of 5.

Better Tagline: "Why does anyone even go outside in Australia?"

Not So Brief Plot Synopsis: Five friends decide to explore a remote cave system in Northern Australia, Jennifer (Jessica McNamee) is reluctant, but boyfriend Eric (Luke Mitchell), an experienced spelunker, ultimately convinces her. Joined by another couple and one of Luke's cave buddies, they set off, not at all concerned by the approach of a tropical storm.

As you can see, going by this exhaustively researched listing, 2007 was pretty much the apex of murderous reptile movies (if we don't count Primeval, also released that year, which was ... not good). The original Black Water was directed by Andrew Traucki, who also helmed 2010's The Reef, a superior effort about a bunch of capsized boaters menaced by a great white shark. Dude clearly knows his way around aquatic horror.

The central conundrum of any "animals attack" movie, be that animal shark, bear, alligator, or dachshunds dressed like rats (Deadly Eyes, 1982) is that the characters are somehow trapped with no way of escaping the beast. Traucki gets this: in Black Water, it was a tree. In Abyss, it's an unmapped cavern system.

And for these movies in particular, an added factor of difficulty should be that Doobie Brothers song playing on an infinite loop.

The filmmakers know what works, even if the "rising water in a subterranean setting" borrow liberally from Crawl. Both Abyss and the original Black Water take place largely in darkness. Here, the flickering of headlamps and flashlights, combined with the murky water, and claustrophobic environs, makes for some genuine tension.

But — for those bothered by such things — the body count is minimal, especially after the first two kills. Traucki counts on the dread of the lurking predator and the increasing threat of drowning to carry the audience in the meantime, and it works ... to an extent. The largely practical effects are also a welcome change for a genre that's come to rely excessively on CGI.

In the end, there are two types of people in the world: those who enjoy movies about marine life messily devouring hapless humans, and those who've had all joy for life sucked from their marrow. For the former, Black Water: Abyss is an above-average entry in this storied genre. For the latter, you can always rewatch Friends.

Black Water: Abyss is now in select theaters and on Video On Demand.
KEEP THE HOUSTON PRESS FREE... Since we started the Houston Press, it has been defined as the free, independent voice of Houston, and we'd like to keep it that way. With local media under siege, it's more important than ever for us to rally support behind funding our local journalism. You can help by participating in our "I Support" program, allowing us to keep offering readers access to our incisive coverage of local news, food and culture with no paywalls.
Make a one-time donation today for as little as $1.