Reviews For The Easily Distracted:
Glass Onion: A Knives Out Mystery 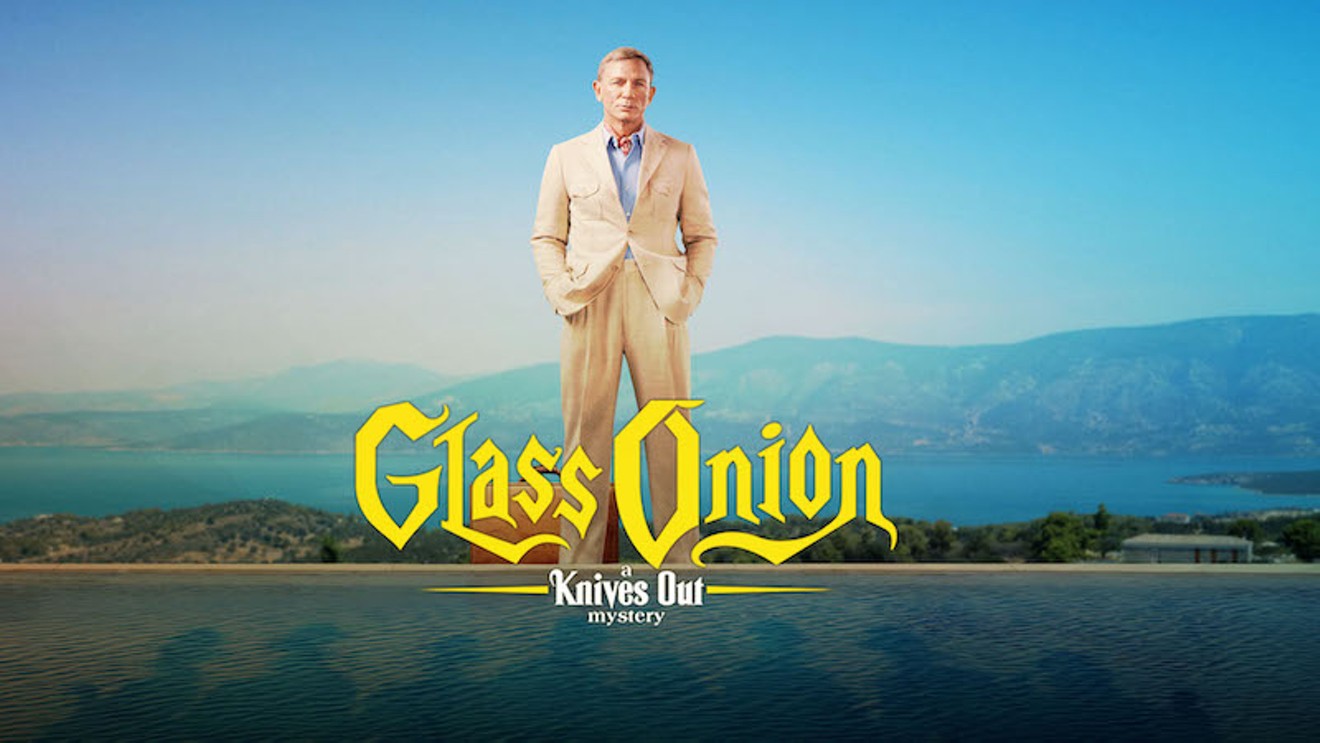 Describe This Movie In One All The President's Men Quote:


DEEP THROAT: The truth is, these are not very bright guys, and things got out of hand.

Rating Using Random Objects Relevant To The Film: 3 Thomas Pynchons out of 5.

Not So Brief Plot Synopsis: Celebrated sleuth Benoit Blanc (Daniel Craig) finds himself summoned to the private Greek island of tech billionaire Miles Bron (Edward Norton), along with several of Bron's friends. These include fashion designer Birdie (Kate Hudson), the Governor of Connecticut (Kathryn Hahn), a YouTube men's rights activist (Dave Bautista), and Bron's old partner (Janelle Monae). The occasion is a "murder mystery" weekend, but it turns out that Bron didn't actually invite Blanc, though it's nice have him around when someone actually gets murdered.
"Critical" Analysis: Knives Out, the 2019 predecessor to Glass Onion, was enough of a breath of fresh air into the ensemble mystery genre that it secured writer/director Rian Johnson nearly half a billion dollars from Netflix for two sequels. Glass Onion preserves some of that movie's convoluted plotting and leverages decent performances from a star-studded cast, but fails to fully capture the original's novelty or wit.

Part of the problem is the weight of expectation. We already know going in that this is going to be less of a "whodunit" than a "howdunit," yet Johnson still subverts genre expectations by seemingly solving the core mystery at the beginning of the second act, demonstrating Blanc's uncanny expertise while revealing further layers.

The tyranny of the familiar necessitates that we're looking for cracks in the facade from the jump, and motives for those wishing bad things for Bron are soon discovered (no spoiler: it's pretty much everyone). There's a reveal roughly midway through the film that offers a nice change of pace, and further cements Blanc's reputation as the best of the "last of the gentlemen sleuths."

Whereas Knives Out felt like more of an all-star ensemble (how could it not, with the likes of Christopher Plummer, Jamie Lee Curtis, and Michael Shannon?), Craig is definitely the focus this time around. We see how the pandemic has affected his career before Bron's invitation revitalizes him. Even then, after it becomes apparent that something else is afoot, he's who everyone else in the movie is looking toward.

He's in good company. Norton is disarming as the tech so-called genius who fails even to meet the vague demands of that title, and Monae ably slides into the "Watson" role previously filled by Ana De Armas. Hudson is perhaps the biggest revelation, playing a dipshit influencer more famous for tweeting racial slurs than for her previous fashion endeavors. 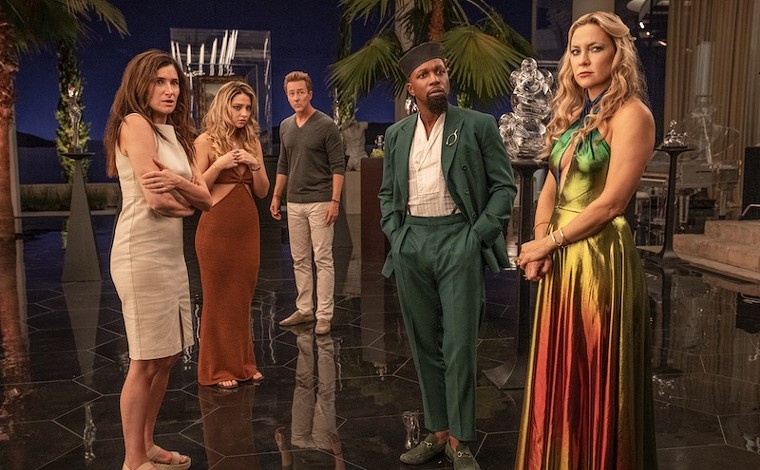 The *butler* did it? That can't be right.
Netflix
And there's nothing exactly *bad* about any of this, except the weight of expectation. The script is clever, the locations are sumptuous, and the performances are generally enjoyable (with the exception of a surprisingly flat Hahn and Odom Jr.), but Johnson doesn't help matters by taking an almost inexcusably long time to get the ball rolling.

Which is too bad, because some of the "disruptor" commentary is almost frighteningly contemporaneous. Unfortunately, there are a lot of expository scenes trying to drag things down. And while the characters are entertaining enough, thanks to some inspired casting, the underlying mystery isn't enough to sustain the running time.

But it's pretty satisfying to see Benoit achieving full "zero f*cks" mode. His patience is tested to the utmost here, and Craig does a wonderful job capturing the character's impatience and ultimate exasperation with his fellow guests.

Johnson is a canny enough student of the genre to keep Glass Onion from being a letdown, but beyond fleshing out Blanc's personal life and the twist at the midpoint, there's not a ton here to recommend.  We'll see what the third film brings.

Glass Onion: A Knives Out Mystery is in theaters for one week only today. It premieres December 23 on Netflix .
KEEP THE HOUSTON PRESS FREE... Since we started the Houston Press, it has been defined as the free, independent voice of Houston, and we'd like to keep it that way. With local media under siege, it's more important than ever for us to rally support behind funding our local journalism. You can help by participating in our "I Support" program, allowing us to keep offering readers access to our incisive coverage of local news, food and culture with no paywalls.
Make a one-time donation today for as little as $1.