Reviews For The Easily Distracted:
M3GAN 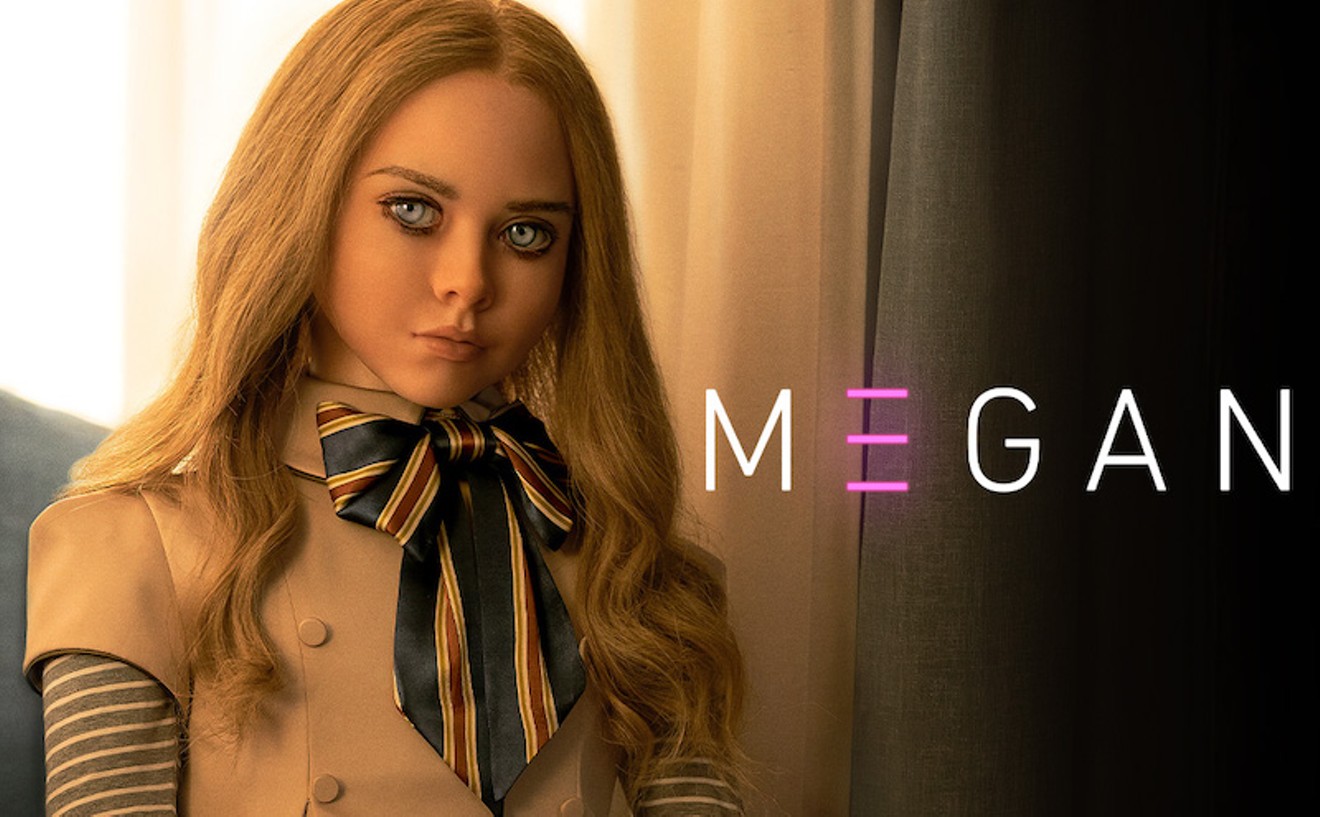 Rating Using Random Objects Relevant To The Film: 3.5 Maximillians out of 5.

Not So Brief Plot Synopsis: When her sister and husband are killed in a car accident, robot designer Gemma (Allison Williams) takes in her newly-orphaned niece Cady (Violet McGraw). Cady, not surprisingly, has trouble adjusting to the new normal, leading Gemma to try and improve her work-life balance by dusting off her prototype Model 3 Generative Android, or "M3GAN" (Amie Donald/Jenna Davis) to be Cady's companion, a role M3GAN takes to with extreme prejudice.
"Critical" Analysis: Like zombies and vampires before them, killer dolls continue to surprise us with their longevity. The success of the Annabelle movies (like this movie, a James Wan product), the recent Chucky series, and the surprisingly fun M3GAN, means they're likely sticking around for a while.

And if Margot Robbie murders anyone in the upcoming Barbie, that could take things to a whole other level.

M3GAN is, in the simplest interpretation, about moms and dads failing to keep up parental controls config on their devices. Gemma, desperate to meet a product design deadline set by boss David (Ronny Chieng), activates the android to serve, in essence, as surrogate parent to her niece, but fails to program safeguards that prevent it from going Skynet.

[Self-Promo Warning: I previously discussed the very dangers of this topic here.]

Okay fine, the movie is really a not-so subtle condemnation of how we increasingly use gadgets and technology to occupy our kids, to the extent that M3GAN becomes Cady's de facto parent after "pairing" with the little girl and using her learning algorithms to amass more knowledge. Knowledge which — shocker — leads to the android deciding to protect Cady at all costs, which is bad luck for bullies, obnoxious neighbors, and others.

Oh yeah, this is going great.
Universal Pictures
A developer bypassing security protocols is sadly pretty commonplace in tech, but in those cases, you're mostly worried about unapproved changes making it into production, not an android gaining sentience and acrobatically murdering people. M3GAN is the opposite of David from A.I. or D.A.R.Y.L., who just wanted to be loved, M3GAN wants to protect, until she doesn't.

Unlike Housebound, Gerard Johnstone's criminally underseen feature debut, M3GAN isn't subtle. The cautionary messages are front and center, but the director's humor is still apparent, mostly in people's double-take responses to meeting the android (who looks like a more inanimate than usual Olsen twin) and M3GAN herself, who attempts (often inappropriately) to defuse conflict by singing pop songs.

Akela Cooper's script is a smart one, offering some nice twists on parenting conflicts, while Williams accurately gets across the anxiety caused by the disruption to her life and McGraw delivers as the traumatized tween. The ending is a bit derivative (unless you haven't seen Aliens), but M3GAN is sure to be another hit for Wan and Blumhouse. Maybe now we'll finally get that G.I. Joe vs. Evil Dead crossover I've been dreaming of since high school.

Ask a 13-Year Old:
RFTED: That wasn't too scary, was it?
13YO: Not really.
RFTED: What was your favorite part?
13YO: When M3GAN chased [SPOILER] and [SPOILER] with the [SPOILER].
RFTED: Yeah, that was pretty cool.

M3GAN is in theaters today.
KEEP THE HOUSTON PRESS FREE... Since we started the Houston Press, it has been defined as the free, independent voice of Houston, and we'd like to keep it that way. With local media under siege, it's more important than ever for us to rally support behind funding our local journalism. You can help by participating in our "I Support" program, allowing us to keep offering readers access to our incisive coverage of local news, food and culture with no paywalls.
Make a one-time donation today for as little as $1.