Reviews For The Easily Distracted:
The Pale Blue Eye 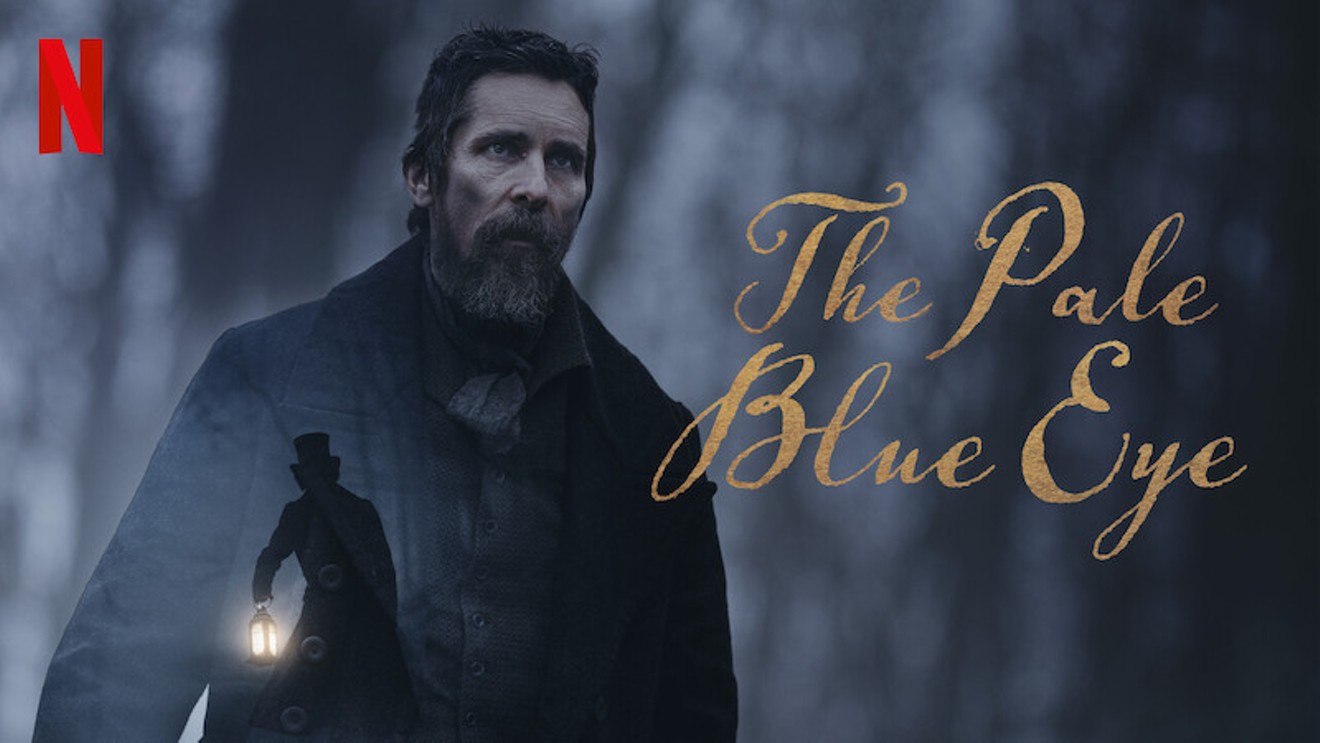 Rating Using Random Objects Relevant To The Film: 3 Cameron Poes out of 5

Not So Brief Plot Synopsis: A West Point cadet's apparent suicide and post-mortem cardiectomy is actually a murder, according to retired detective Augustus Landor (Christian Bale). Tasked by the Academy with solving the crime, Landor enlists peculiar cadet Edgar Allan Poe (Harry Melling) to get to the bottom of things as more (and increasingly unnerving) killings pile up.

"Critical" Analysis: Ominous portents undulate beneath the surface of The Pale Blue Eye like so many conqueror worms. Director Scott Cooper (adapting Louis Bayard's novel) teases witchcraft, Satanism, and even Poe's own works (the title comes from "The Tell-Tale Heart," but "Lenore" and "The Fall of the House of Usher" are referenced as well). The reality, however, is both more mundane and more depressing.

Maybe not as depressing as the Hudson Valley landscape in winter, that is. TPBE is one cold movie, capitalizing on the snowy cinematography of Masanobu Takayanagi's (The Grey) who teams up once again with Cooper and Bale (the three previously collaborated on Out of the Furnace and Hostiles) to tell another story about grim-faced men in unfriendly environs.

Speaking of, Detective Landor isn't much of a stretch for Bale, who's played the Man With A Haunted Past in three of Cooper's movies now. Landor is an alcoholic, albeit a brilliant one, and a widower who's strangely detached from the fact his daughter ran off several years prior.

The crimes themselves hint at deeper connections. Is there some link between the murdered cadets and the medical examiner (Toby Jones) and his haughty wife (Gillian Anderson)? How does the stern Academy superintendent (Timothy Spall) figure in to all of this? Or Landor's old antiquarian acquaintance Jean Pepe (Robert Duvall)? 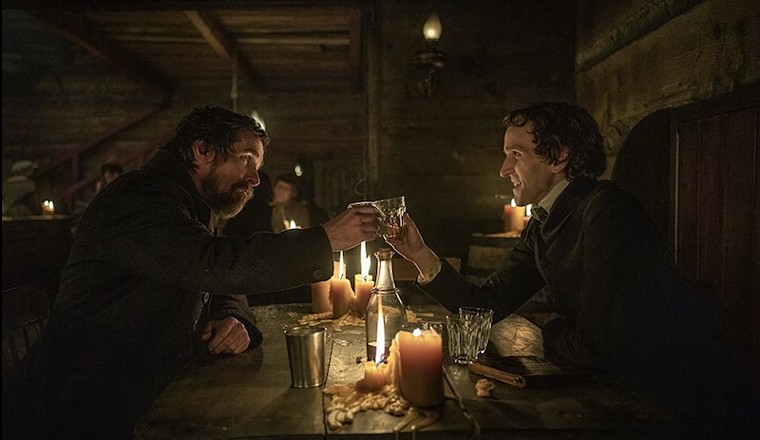 "To clinical depression."
Netflix
Of the scenery gnawing performances on display in The Pale Blue Eye, perhaps none are as bizarre as Mellish's Poe. The former Dudley Dursley bears an admittedly uncanny resemblance to the author, but it's hard to say how much of his uncomfortable portrayal is based on historical accuracy and how much is just a halting response to a script stuffed with red herrings and tonal shifts.

Hooper is clearly not optimistic about the human condition, as evidenced by making the most sympathetic character the real world figure who died at age 40 from ... laudanum overdose? Rabies? Cooping? We do get a little in the way of redemption at the end, but there's an almost inescapable fatalism about everything that not even a blink-and-you'll-miss-it cameo from the governor of Pennsylvania can mitigate.

And while a bleak outlook isn't necessarily a handicap in film, marrying it to an overly intricate plot certainly doesn't help matters. The Pale Blue Eye is engaging enough for fans of period fiction and historical sleuthing, but it may not be everyone's cask of Amontillado.

The Pale Blue Eye is now streaming on Netflix.
KEEP THE HOUSTON PRESS FREE... Since we started the Houston Press, it has been defined as the free, independent voice of Houston, and we'd like to keep it that way. With local media under siege, it's more important than ever for us to rally support behind funding our local journalism. You can help by participating in our "I Support" program, allowing us to keep offering readers access to our incisive coverage of local news, food and culture with no paywalls.
Make a one-time donation today for as little as $1.