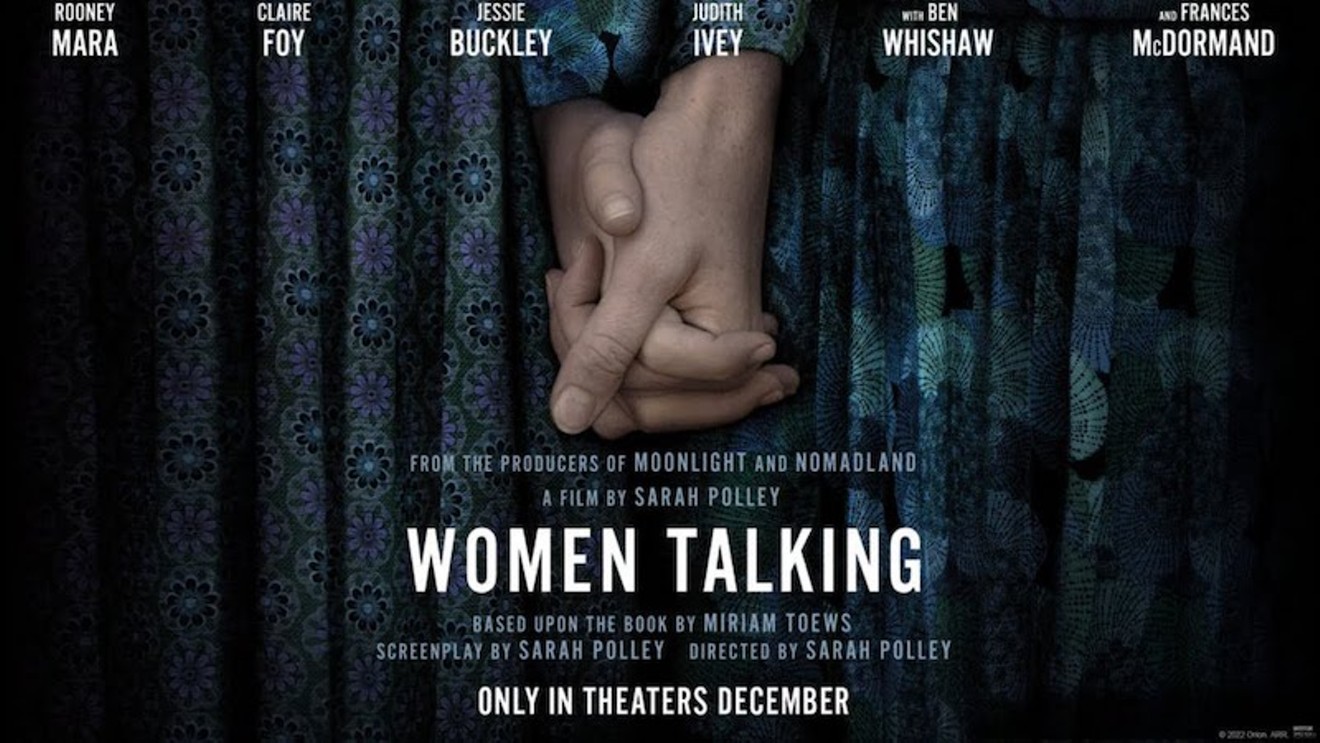 Describe This Movie In One Once Were Warriors Quote:


BETH HEKE: If my spirit can survive living with you for eighteen years, then I can survive anything.

Brief Plot Synopsis: The women of an isolated religious community grapple with the revelation of years of sexual abuse.

Rating Using Random Objects Relevant To The Film:  4 Cassie Thomases out of 5

Focus Feature
Tagline: "Do Nothing. Stay And Fight. Leave."

Not So Brief Plot Synopsis: A group of women belonging to a fundamentalist Mennonite colony come together in secret in a hayloft to discuss what steps they should take in the wake of discovering they have been drugged and sexually assaulted by the men in their community for years. Some advocate fighting back, some say to ignore the crimes, others push for fleeing the colony entirely.

"Critical" Analysis: Sarah Polley's first directorial effort since 2012's autobiographical Stories We Tell is a searing tale that deftly uses the point of view of a subculture alien to many of us to examine wider issues of how any society responds to the mistreatment of women.

Based on the Miriam Toews novel, itself based on actual events that took place in Bolivia in 2011, Women Talking may only be Polley's fourth feature-length trip behind the camera, but she already handles the duties with the sureness and ability that some who've been at it for decades can't accomplish. Women Talking at times feels as intimate as a stage production and at others as expansive as a historical epic.

Of course, it doesn't hurt if your cast includes the likes of Frances McDormand, Claire Foy, Jessie Buckley, Rooney Mara and Judith Ivey. All of them are powerful enough actors to carry a film, but put together in what almost amounts to a single location film, the results are wondrous.

That's because Polley takes the time to flesh out each of their characters, allowing them to ask the difficult questions about their options in the aftermath of atrocity. Of these, Foy's Salome advocates most forcefully for escape. But as the story moves forward and the conversations continue, the enormity of what the women are up against really begins to take hold.

Women Talking relies so heavily on dialogue, in fact, that when we're briefly confronted with the physical evidence of the assaults, it's that much more shocking.

Men are understandably mostly on the periphery, the exceptions being August (Ben Whishaw), a timid teacher, and the male-identifying Melvin (August Winter). The absence of the other men, who are away on colony business, only confers greater tension on the proceedings, whose return is the deadline the women are up against. The tension is augmented by the great Hildur Guðnadóttir's sparse score and Luc Montpellier's washed out cinematography.

It would've been easy for Polley and company to deliver a polemic, but they're more interested in subtler questions; about the nature of forgiveness and the importance of faith (best personified by Buckley's Mariche), even in the face of assault and almost unimaginable violence.

And this is what ultimately gives Women Talking its universality. At first, it seems like these characters inhabit a world alien to ours, but by the end of it, their experiences are depressingly familiar, as are the dilemmas they face in dealing with them.

Women Talking is in theaters today.
KEEP THE HOUSTON PRESS FREE... Since we started the Houston Press, it has been defined as the free, independent voice of Houston, and we'd like to keep it that way. With local media under siege, it's more important than ever for us to rally support behind funding our local journalism. You can help by participating in our "I Support" program, allowing us to keep offering readers access to our incisive coverage of local news, food and culture with no paywalls.
Make a one-time donation today for as little as $1.