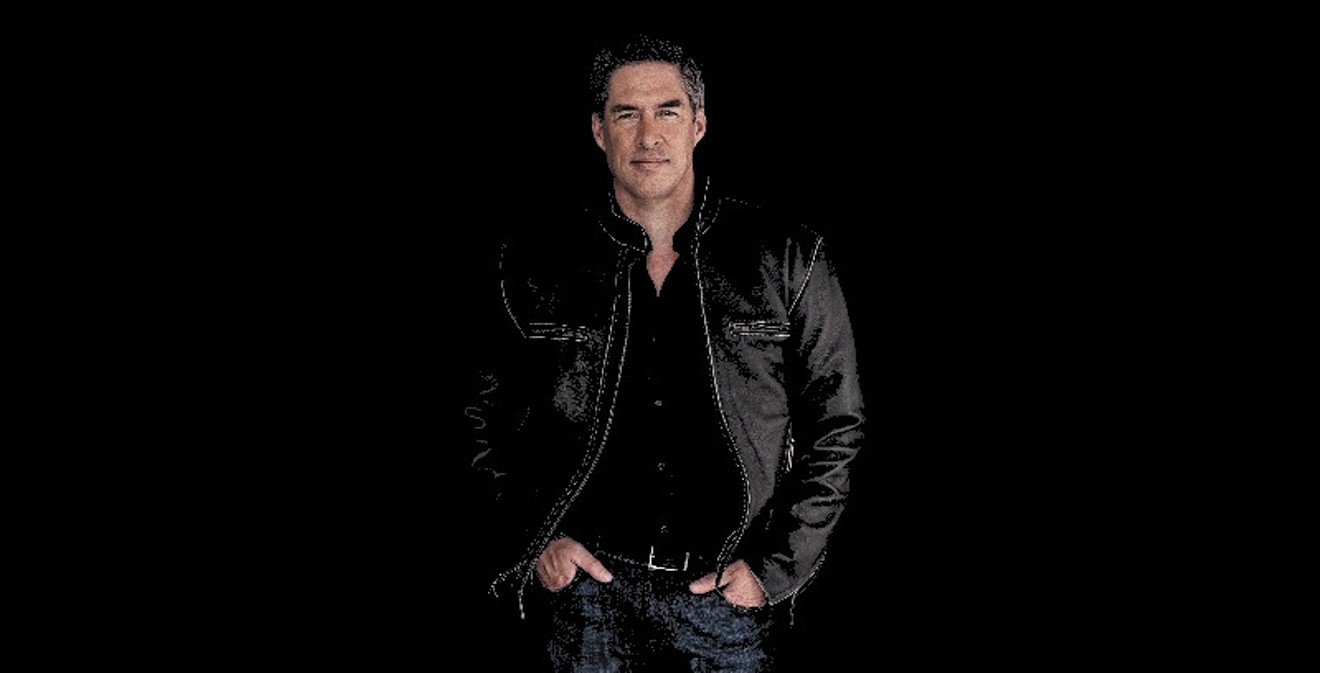 When his publisher asked him if he was going to write about Afghanistan in his next novel, best-selling thriller author Brad Taylor said he responded "No way in hell."

But that's exactly where he went — among other places — in The Devil's Ransom: A Pike Logan Novel (417 pp, $32,  William Morrow) out this week. Taylor, now at his 17th heavily-researched novel, will be at Murder By The Book this Wednesday with his latest adventure involving Pike Logan and Jennifer Cahill.

The former Special Forces officer says "I had no intention of writing about Afghanistan. That's kind of raw for me." But then he heard about the country's Bactrian treasure and had to weave it into his story which already included latest day events about the threat of ransomware to the government of the United States.

In The Devil's Ransom, while on their way to rescue a man fleeing the collapse of Afghanistan, Pike and Jennifer are told to find out who's behind a ransomware attack on several government agencies, including their own cover company Grolier Recovery Services. Grolier, an archeological recovery firm provides a believable front for their covert activities in any number of countries overseas.

Taylor's Joe Pike series is distinctive for several reasons. First there's the existence of his covert group that gets things done without the interference that in real life he regularly encountered on Special Forces missions from other governmental agencies. "I lived in the real world of national security. I was on the cutting edge of doing stuff and it was just impossible to get anything done. People see movies where somebody just zips off and does something and that’s not how it works," he said.

"It was really hard to get anything done because anybody could tell you no. It felt like you were running in place and we use to fantasize about an organization that I created out of whole cloth – the Taskforce – we don’t have anything like the Taskforce, it doesn’t actually exist – and we used to say 'Boy wouldn’t it be great if we had something like that.' So I made one for fiction."

But even with that expanded leeway, Taylor's fictional group working for the U.S. government still is overseen by a group of governmental officials called Project Prometheus. They have rules and a charter — an attention to detail that Taylor admitted sometimes gives him fits in following books.

"Actually it’s caused me multiple problems. Because I never thought I would have one book published much less 17. When I created the charter, then here’s what you have to work with. You’re targeting against foreign terrorist organizations as designated by the State Department. And there’s a list; you can Google it; it’s on the web. And then I wanted to go against Russia and gosh what do I do now? The FTO doesn’t apply to them. I boxed myself in on this one. So I had to figure out a way to get around that."

Along with that, Pike and his group are constantly weighing issues of right and wrong and the greater good. As any longtime reader has discovered, both Jennifer and Pike's characters change over the course of the books.

At the beginning of his book series, Pike's moral compass is broken, Taylor said. Pike's wife and daughter had been killed and he is sad, angry and lashing out. Jennifer is all categorial imperative — actions were good or bad, written in black and white. "His compass has come back over the books and he now realizes there are some things that are categorical imperatives and Jennifer has learned things are not black and white, there's some grey area there and sometimes the greater good does come into play."

The other thing that's important to know about Taylor's books is that no matter how important or beloved a character is, he or she can be killed off — an interjection of real-world realism that not everybody likes.

"Because combat’s unforgiving and not everybody makes it out at the end of the day. Sooner or later somebody you know is going to get killed. I think that’s realistic," Taylor said. Which isn't to say that he doesn't really regret it when a character that he's put a lot of effort into developing dies.

Specifically, and without naming names, there's a character in Ring of Fire who dies that Taylor still misses.  And he's not alone.

"[The character's death] worked really well for that book. But I spent so much time developing that character. And ever since then I’m like ‘Why’d you kill him?’ Pike’s team has been shaped by that guy’s death but I kind of regret doing that. And I get a lot of hate mail for that too."

In the reverse, sometimes a character takes over a book not only to live, but return for more episodes as was the case with Pike and Jennifer's adopted daughter Amena.

"Amena in Daughter of War, she was going to exit stage left in Chapter 4. Her whole purpose in life was to get Pike onto this phone that was going to start unraveling the terrorist threat. Bu by the time I got to Chapter 4, I liked her too much," Taylor said. "In fact, that book was titled Shadow Strike all the way to the end and at the end I told my publisher 'Hey, this whole this has changed. Amena has taken over the book and the title is now Daughter of War.

"And then I start the next book and now what do I do? Now these guys have a kid," And it's a little tough to go on secret missions around the world with a child who needs to be in school. So he enrolled her in boarding school in Charleston, where he and his family live.

But back to the real-life treasure that provides a great sub-plot in The Devil's Ransom. Taylor, history buff and researcher said:

"Everyone assumed the Soviets took it, melted down the gold. It's gone for good. Well then we invaded in 2001, some guy comes out of the woodwork with a key. Believe it or not there were five key masters just like Ghostbusters. And he says I got to show you guys something. And he went underneath the vault of a bank in Kabul and inside that vault below the ground was the Bactrian treasure. They had it all this time and didn't tell anybody."

The treasure went on a world wide tour, but disappeared again when the United States left Afghanistan, he said. The Taliban vowed to recover it. All this real life adventure was more than enough for Taylor to decide this was a perfect fit with his Grolier Recovery Services.

"I still do a lot of security contracting. I keep abreast of how things are going," Taylor said. He referenced a program called Pegasus developed in Israel that can basically be used as a listening device on any smart phone. Then he learned about something called Project Raven in the United Arab Emirates run, he said, by some of ex-intelligence officers who used Pegasus to infiltrate dissidents and in cases American citizens.  "And I said 'That’s a germ of a story.'"

Asked if everyone should be paranoid about the amount of snooping and hacking out there, Taylor responded: "Should we all be paranoid? I wouldn’t say be paranoid. I would say the better way to look at it is just resignation. If you want to go on the internet, you’re going to be tracked. And it could be a benign tracking through Facebook or Google or it could be a nefarious tracing through TikTok with the Chinese national government. Everybody’s tracking. If you’re on the internet you are not going to be private."

Taylor doesn't keep up with current events from a distance. "If I can get on the ground I definitely do. For this book we started out in Zagreb [capital of Croatia]. I rented a car and drove all of the way down the coast for two weeks hitting every small town on the way."  He's often accompanied by his wife who he refers to as the DCOE, the deputy commander of everything.

"If I can do the research on the ground, a lot of the stuff that's in that book when he's lost in Portula that’s cause I got lost in Portula," he said laughing. .

Brad Taylor will be  in conversation with Houston radio personality and podcaster Freddy Cruz starting at 6:30 p.m. Wednesday, January 25, 2023 at Murder By the Book, 2342 Bissonnet.
KEEP THE HOUSTON PRESS FREE... Since we started the Houston Press, it has been defined as the free, independent voice of Houston, and we'd like to keep it that way. With local media under siege, it's more important than ever for us to rally support behind funding our local journalism. You can help by participating in our "I Support" program, allowing us to keep offering readers access to our incisive coverage of local news, food and culture with no paywalls.
Make a one-time donation today for as little as $1.