Theatre Under the Stars Announces its 2022-23 Season 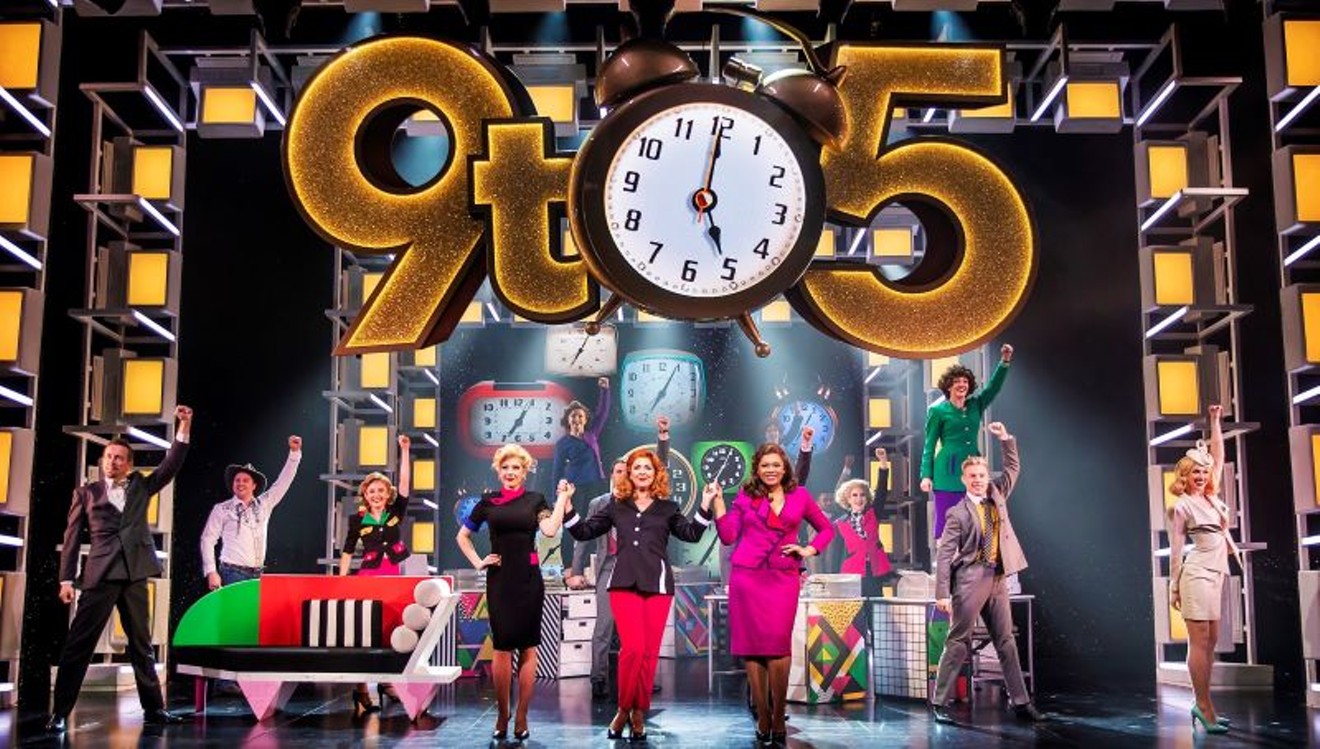 As the Houston area begins to emerge from the isolation of the pandemic, Theatre Under the Stars is offering theater goers in its 2022-23 season a modern classic and Pulitzer Prize-winner in Rent, holiday comfort in Mary Poppins, and in The Griswolds' Broadway Vacation, a return to the days when producers tried out shows at TUTS before they took them to Broadway.

Artistic Director Dan Knechtges says audiences have already been showing up in higher than anticipated numbers given the COVID-19 restrictions at the Hobby Center, and he believes that enthusiasm will only continue when through the 2022-23 season, beginning in September.

"The thing that I love about TUTS what they do well, Mary Poppins it needs 30-40 people and we go 'We got it. We can do that. We do that well.' I love the epic nature of the show."

TUTS shows will also include Dolly Parton's 9 to 5, The Fats Waller Musical Ain't Misbehavin' and the musical version of Waitress with songs by superstar composer Sara Bareilles. Knechtges, who says he's an avid amateur pie baker himself, believes Waitress will become a classic as well.

Several of the shows selected for the season — and Knechtges is quick to say that they are a result of group input; he doesn't do it just by himself — have something to say about isolation and its effects. In Mary Poppins, he says, the family keeps to itself and it's only when an outsider (Mary Poppins) comes in with a different perspective that they are able to see where things are going wrong.

In Rent, a band of young people barely getting by in New York City, are also dealing with the early response to the AIDS and HIV crisis, he says. In Waitress, a young woman is caught in an abusive marriage and her struggle to make the most of herself.

Knechtges is very happy about presenting Ain't Misbehavin' and points out an eerie connection to present day. "Fats Waller was writing this music at the end of the other pandemic, the Spanish Flu in 1918 and many of these songs came out in the Roaring '20s after that pandemic." TUTS will be creating the famous Cotton Club on stage, he added.

Even happier, he says is the chance for TUTS to return to its position as a preferred testing ground for new musicals.  "I'm really excited to return to the era when Theatre Under the Stars was the premiere place to try out your show before  it went on to Broadway, touring or other places. When [Executive Director] Hillary [Hart] and I got here four years ago that was one of the dreams that we had was to really set us apart from the touring shows that come in is how can we be an incubator and how can we start new works and really start giving our audiences experiences they won’t get with a touring show."

"Dolly Parton is a no-brainer," Knechtges says. "Dolly Parton is someone that crosses all political socio-economic divides across the country. She's really that rare artist who can bring so many different people together and has for many years. She has been involved in this production from the ground up." The version they'll be presenting is the rewritten on developed when the show when overseas to the UK, he says. "She makes an appearance at the beginning of the show via video and it sets the tone for the whole show." 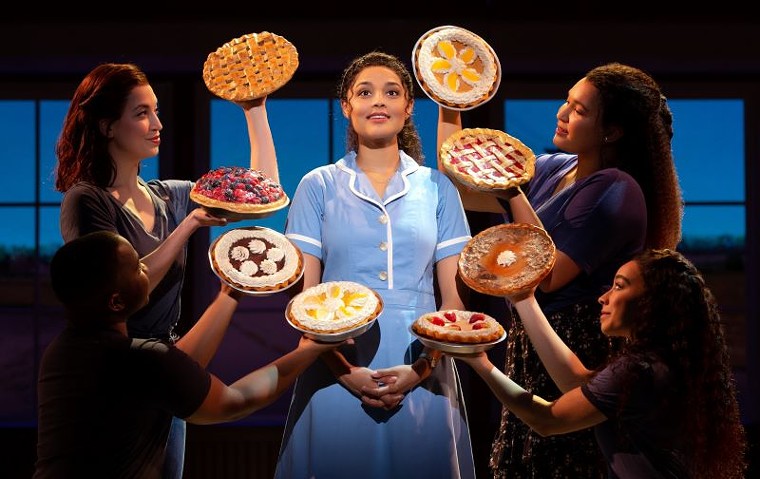 Ain't Misbehavin'
The Fats Waller Musical
September 20 through October 2
Directed by Monique Midgette
A hot new production by Theatre Under The Stars of this Tony-Award-winning musical celebrating the music of Fats Waller and the Black artists of the Harlem Renaissance in the 1920s and 30s. Sly, genial, and bursting with the wit and energy of one of the most innovative periods in American music, it’s one of the very best ever.


The Griswolds' Broadway Vacation
World Premiere
October 25 through November 6
Directed and Choreographed by Donna Feore
They’ve been to Wally World, they’ve been to Vegas, and now the Griswolds are going to… Broadway! Yes, the characters you know and love from the hit Warner Bros. Vacation movies are back – and they’re taking their biggest vacation yet. So get in your family truckster and join Clark, Ellen, Audrey, and Rusty on their big New York City adventure. Hysterically funny with miles of heart, a laugh-out-loud new musical comedy. A world premiere co-production created by Theatre Under The Stars and The 5th Avenue Theatre that the whole family will love.

Disney’s & Cameron Mackintosh’s
MARY POPPINS
December 6 – 24
Directed & Choreographed by Dan Knechtges
Spend a jolly holiday season with Theatre Under The Stars and this eye-popping, spectacular and wonder-filled production of the Disney classic, Mary Poppins. Based on the Disney film and book by P.L. Travers, this brand-new production of the hit musical is certain to delight the child in all of us. Created especially for you and your family by Theatre Under The Stars. Don’t Miss it!

Dolly Parton’s 9 to 5
January 31 through February 12, 2023
The smash-hit musical featuring a book by the iconic movie’s original screenwriter Patricia Resnick and an Oscar, Grammy and Tony award-nominated score by the Queen of Country herself, Dolly Parton. Inspired by the '80s film and brought to you by Dolly herself. Hilarious and wonderful, a story all about teaming up, standing up and taking care of business!

Waitress
March 28 through April 9, 2023
Directed by Diane Paulus
Featuring music and lyrics by Grammy Award® winner Sara Bareilles (“Love Song,” “Brave”), Waitress the musical is the story of Jenna, a waitress and expert pie-maker who dreams of a way out of her small town and rocky marriage, Waitress features a book by acclaimed screenwriter Jessie Nelson (“I Am Sam”) and direction by Tony Award® winner Diane Paulus (Jagged Little Pill, Pippin).


Rent
May 16 – 28, 2023
Winner of the Tony Award for Best Musical and Pulitzer Prize for Drama, a magnificent and sensational musical that has captured the hearts of millions of theatre fans around the world. Created for you by Theatre Under The Stars, this brand-new production will inspire you, move you, warm you, and leave you wanting more.


Subscription tickets are available now. For more information, call 713-558-8887 or visit tuts.com/subscribe.
KEEP THE HOUSTON PRESS FREE... Since we started the Houston Press, it has been defined as the free, independent voice of Houston, and we'd like to keep it that way. With local media under siege, it's more important than ever for us to rally support behind funding our local journalism. You can help by participating in our "I Support" program, allowing us to keep offering readers access to our incisive coverage of local news, food and culture with no paywalls.
Make a one-time donation today for as little as $1.