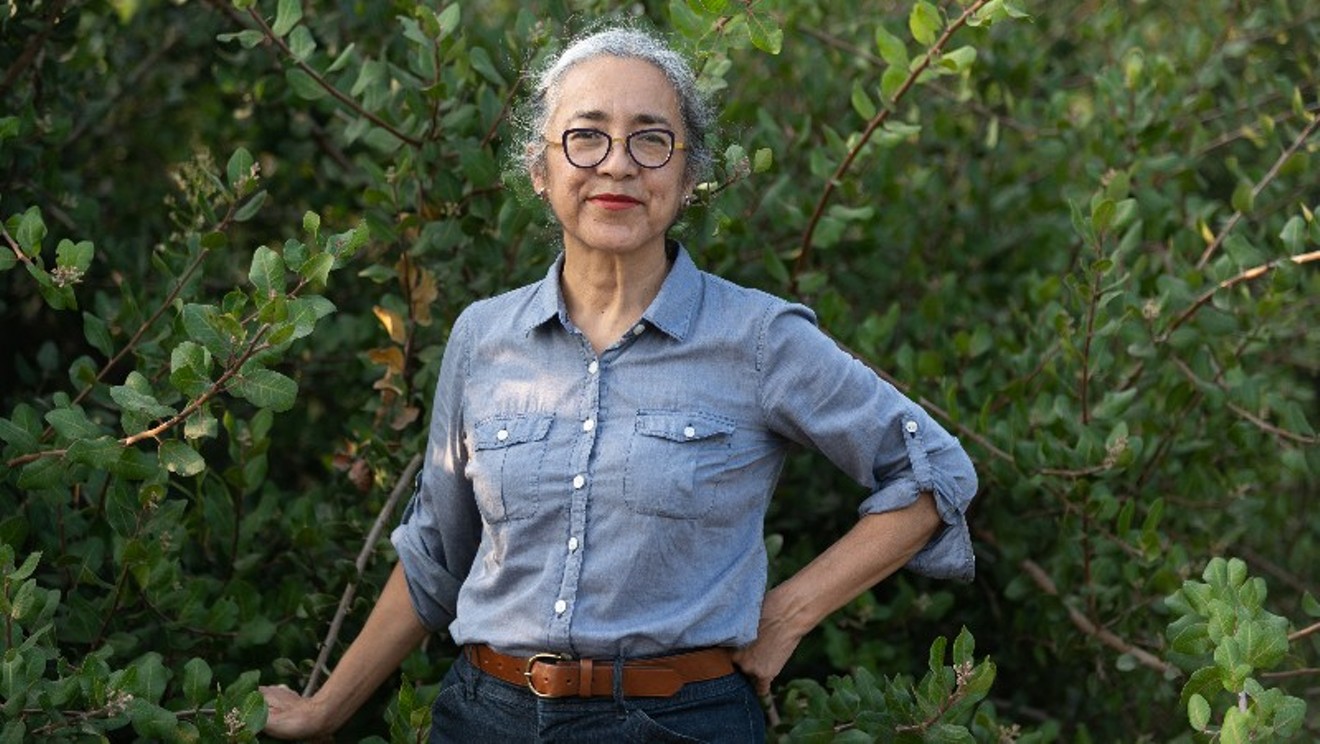 When the acclaimed Spanish-language fiction writer and University of Houston professor was first contacted by the nonprofit group, she was told her help was needed to evaluate a candidate for the prestigious MacArthur Fellowship.

Nicknamed “Genius Grants,” the MacArthur Foundation has awarded these fellowships each year since 1981 to around 20 to 30 individuals who live in the United States that demonstrate “extraordinary originality and dedication in their creative pursuits and a marked capacity for self-direction.” Winners used to receive a no-strings-attached $500,000 prize, which was bumped up to $625,000 in 2013.

It turns out the real candidate the foundation was interested in was Rivera Garza. About a month ago, on the day she was supposed to talk with the foundation about the red herring candidate, she got a call from a number she didn’t recognize which she subsequently ignored. After a few more calls came in, she finally answered and a MacArthur Foundation rep was on the line.

“They proceeded to tell me that it had been a little ruse,” she said — the call was to inform her that she had won the fellowship herself. “I was totally taken by surprise.”

Rivera Garza was told she could only tell one person about the award, and that they both had to keep it a secret until the foundation announced the 2020 class of grant recipients this week. Naturally, she picked her husband to share the news with.

When the Houston Press asked her if she then formally requested that her spouse start addressing her as a genius going forward, she cracked up.

Rivera Garza published her first book in 1999, and has written numerous novels and collections of short stories and poetry since. Three of her novels have been translated into English: No One Will See Me Cry, The Iliac Crest, and The Taiga Syndrome — and this past week saw the release of Grieving: Dispatches From a Wounded Country, an English translation of her essays and poetry about violence along the U.S. and Mexico border.

“The border has featured very prominently in my work, not only as a geopolitical place, but as a way of thinking and exploring reality,” Rivera Garza said.

After growing up along the border in Tamaulipas, Mexico in the city of Matamoros, Rivera Garza attended the National Autonomous University of Mexico in Mexico City. She moved to Houston in 1990, and graduated with a Ph.D. in Latin American History from UH in 1995.

“I truly believe that I belong to both countries equally. I’m a border person, so to speak,” she said, explaining that much of her work focuses on both the literal border as well as figurative, theoretical borders and characters who subvert them — “gender borders, racial borders, borders made out of class distinctions, things like that.”

Years later, Rivera Garza was invited back to UH to give a reading of her work. On that trip, she spoke with university officials about the idea of creating a Spanish-language creative writing program at her alma mater. The sales pitch worked: In 2016, she officially moved back to Houston to lead that very program, and she’s been a UH professor teaching creative writing in Spanish ever since.

“I was very happy that I could come back and give back to a university that had been so important in my own development,” she said.

Rivera Garza is the first Houstonian to win a MacArthur Fellowship since Rice University bioengineering professor Rebecca Richards-Kortum was given the honor back in 2016.

Their fellow geniuses with Houston ties are 1997 winner, poet and then UH creative writing professor Edward Hirsch; 2010 awardee and Houston-born jazz pianist Jason Moran; and local artist and community organizer Rick Lowe, who was named a MacArthur Fellow in 2014 for his Project Row Houses restoration project in the Third Ward.

When asked about the role of fiction authors like herself in a tumultuous year like 2020, Rivera Garza quoted a line from famed American poet Muriel Rukeyser: “The Universe is made of stories, not of atoms.”

“And I think we have tons of stories,” Rivera Garza continued, “unheard stories, stories that we don’t pay much attention to. And we as writers have the great opportunity to tap into them, to bring them to light and to show how complex, truly, is the world in which we live. I think ethically, politically, aesthetically, that’s of utter relevance right now.”
KEEP THE HOUSTON PRESS FREE... Since we started the Houston Press, it has been defined as the free, independent voice of Houston, and we'd like to keep it that way. With local media under siege, it's more important than ever for us to rally support behind funding our local journalism. You can help by participating in our "I Support" program, allowing us to keep offering readers access to our incisive coverage of local news, food and culture with no paywalls.
Make a one-time donation today for as little as $1.