Not Your Mother's Vampire Ball at Avant Garden 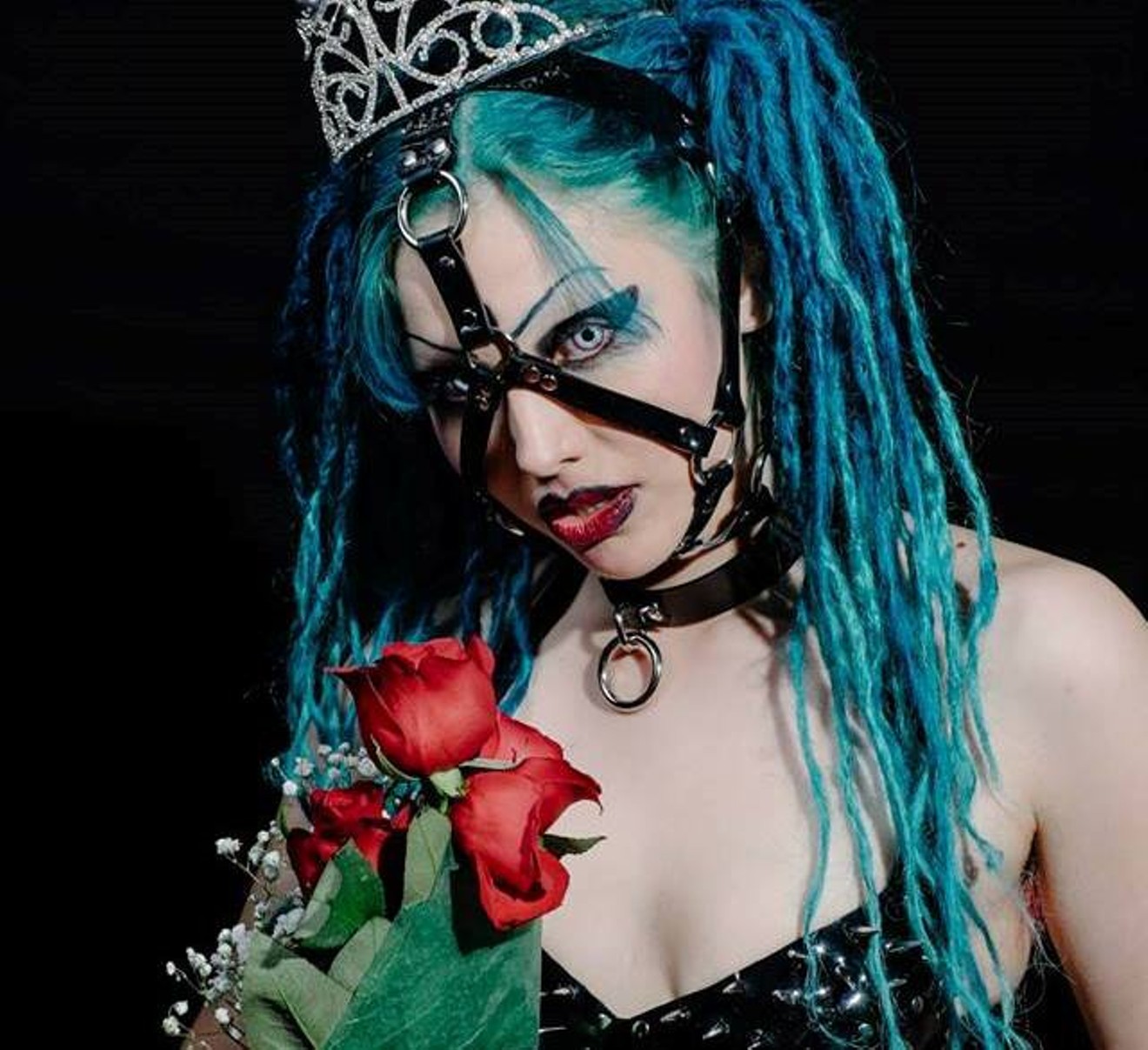 Marry Bleeds Photo by John Wood Photography
In case it slipped your mind, Houston is full of vampires, and this weekend at Avant Garden they're having a ball.

Houston has been without a proper Vampire Ball for a while now, though they used to be all the rage when our city was a big blip on the goth scene/industrial music map. One of the people who was around in that heyday was Militia Tiamat, who spent a decade with Tone Zone Records planning vampire and other goth events. These days she works at the Harris County morgue and the scenester side of her is coming out of retirement to revive the vampire ball concept.

"It’s not going to be your mother’s vampire ball with the stuff you’d typically expect," says Tiamat. "There’s not going to be a violinist or a masquerade or that nonsense. Those things are fine, but this is different."

Nubbs McGee
Photo by Imaging Studios
She's getting her chance thanks to one of Houston's most colorful figures, Montrose Mayoral candidate Marianna Lemesoff. The owner of Avant Garden has hosted all kinds of off-the-wall and strange acts, everything from neo-folk bands to an interpretive dance production of 1984. With her nocturnal habits, accent, and a face that refuses to age, she's often rumored to be a vampire herself, something she's started accepting with amusement.

"I don’t know where that came from. I never bit anybody," says Lemesoff. "I’m looking forward to turning into a full vampire. Vampires are fun. They’re interesting. That’s why they have been around literature, movies and trends for a very long time."

Lemesff has been steering Avant Garden in a darker direction. The regular Friday Thorn and Moon Magickal Market run by Jessica Anderson and Dana Dark offers a chance to pick up some very occult wares and art, and last Halloween Tiamat packed the venue for the spookiest night of the year.

"That was off the chain, crazy, almost too crowded to even be safe," says Tiamat.

So what's in store? Let's look.

For the daring there is Marry Bleeds, who describes herself as a sideshow sweetheart and daring diva. According to Tiamat she lives up to her name. Her performance will involve walking across and rolling around flaming, broken glass. The act will take place outside for obvious safety reasons.The sideshow aspects don't stop there. Skabz the Clown will be doing  - and I'm quoting here - "gross stuff." Cat Girl Manor will be presenting their cat-themed "Vampurr" burlesque show, which brings a nice medium between the freaky clowns and bleeding beauties.

For the more electronically minded there is the upstairs VIP lounge. There, participants will be allowed to help create the show with Nintendo peripherals for a live glitch performance. Specialty vampire-themed cocktails will be served.

The ball features more than a few of the macabre who's who. The Dallas Vampire court is sending their King (Mike Burgess) and Queen (Rayne Drawps). They're be mingling with the guests in order to judge the best-dressed vampire, a more egalitarian and low-key affair than the typical pageant approaches you see in other vampire balls. The winner will net a prize from Houston's favorite curiosity shop, the Wilde Collection. Goth personalities Nubbs McGee, Ms.Modesty and more will also be in attendance.


There's a question whether this represents some sort of shift in the goth culture of Houston, which traditionally makes its home at Numbers. The old standby just had its annual Miss Spooky pageant, typically the highlight of the Houston goth social calendar. It would be nice to see the neighboring clubs combine their forces to create a mutual hub of darkness, decadence and dancing, something that Tiamat says she is keen on pursuing should the ball go well and lead to further events.

In the meantime, there is this weekend's affair to look forward to. Be aware that a dress code will be strictly enforced. Steampunk, Victorian, cosplay, cyber, vampiric, apocalyptic and vvitchcvlt are all accepted manners of dress. Non-vampire otherkin such as lycan and fairies are welcome.

"You have to dress up," says Lemesoff. "You don’t have to be vampires, but you have to be mythical or supernatural. No humans allowed."

1 event 1 article
The Houston Vampire Ball takes place Saturday, April 28 at Avant Garden. Tickets available through Eventbrite.
KEEP THE HOUSTON PRESS FREE... Since we started the Houston Press, it has been defined as the free, independent voice of Houston, and we'd like to keep it that way. With local media under siege, it's more important than ever for us to rally support behind funding our local journalism. You can help by participating in our "I Support" program, allowing us to keep offering readers access to our incisive coverage of local news, food and culture with no paywalls.
Make a one-time donation today for as little as $1.