Even With Christina Ricci, Wednesday Feels Like a Ripoff 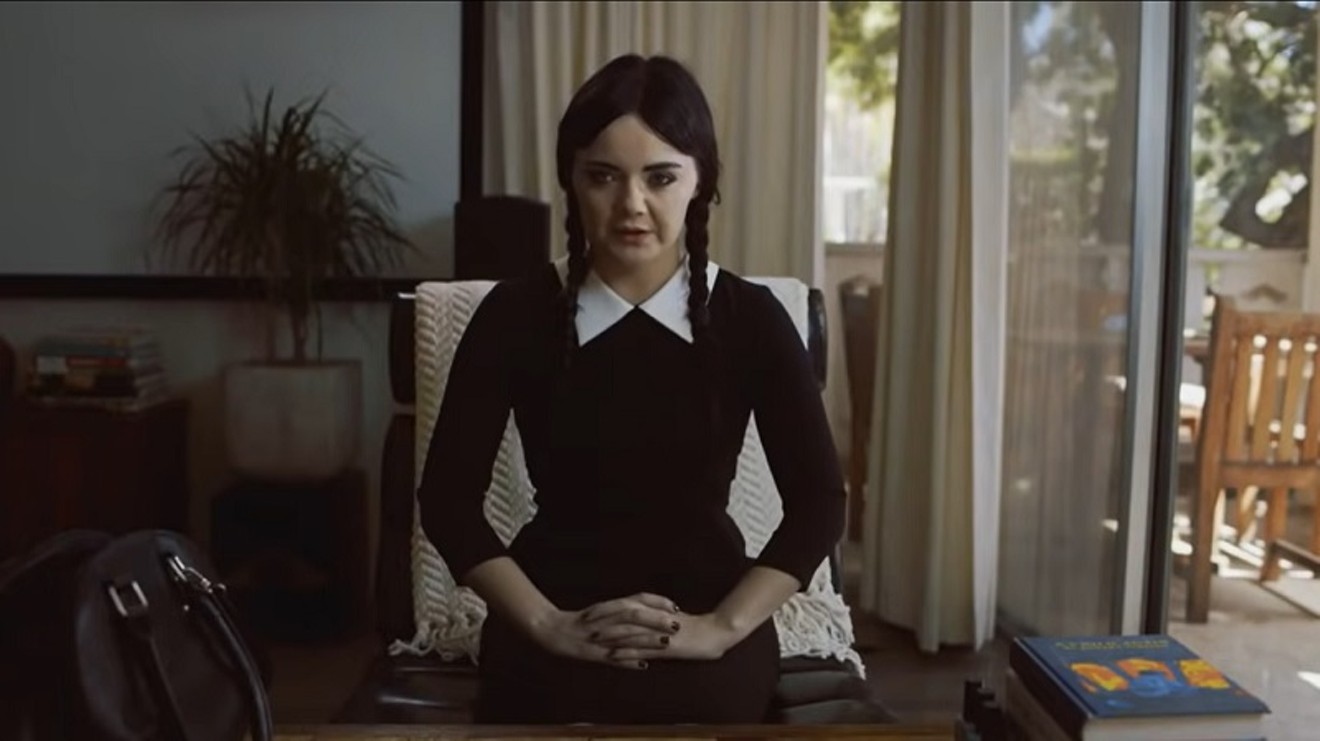 A great web series got killed for very mediocre Hollywood bunk. Screencap from Adult Wednesday Addams
Earlier this week, Deadline announce that Christina Ricci would be joining the Netflix series Wednesday, a show about a high school age Wednesday Addams from the Addams Family cartoons being helmed by Tim Burton. Ricci played Wednesday in the 1991 film adaptation directed by Barry Sonnenfeld and its sequel. Though she won’t be reprising the role itself, which has gone to Jenny Ortega, the inclusion of Ricci does link the project to one of the more beloved incarnations of the Addams Family franchise.

And yet, it still feels like a complete ripoff.

Back in 2013, writer, actress, and comedian Melissa Hunter took the internet by storm with her short series Adult Wednesday Addams. Drawing heavily from the Ricci portrayal, Hunter took Wednesday though a series of adventures such as finding an apartment and dating. Each episode highlighted Wednesday’s overt gothness and witchy heritage, straddling the line between horror and comedy in a way even Hollywood usually fails to.

Then in 2015, Hunter was hit with a cease-and-desist order from the Charles Addams estate. At the time, MGM was ramping up production on the Addams Family animated film that would come out in 2019. Most fans speculated that MGM didn’t want another, unlicensed version of Wednesday competing with their movie. The series has been hosted by dedicated fans on various channels ever since.

It was a sore blow because the Addams Family animated movie was one of the worse animated films of the decade, a complete stinker that read like a Monster High film with the serial numbers filed off and full of what honestly felt like some anti-Semitic tropes. That a fresh, brilliant series that breathed new life into a very dead intellectual property had to be buried to make way for lifeless drivel made it even harder to swallow.

Then, it was announced that Burton would be rebooting the Addams Family with a teenage Wednesday attending a spooky magical school. The similarities to Hunter’s work couldn’t be ignored. Now, in addition to losing the original web series, Netflix was going to capitalize on the ideas. Worse, the creatively lethargic Burton appears to have borrowed once again from his own past and simply put Wednesday into Miss Peregrine’s School for Peculiar Children.

It's all so exhausting. Once upon a time, something pretty damn cool hit the internet. Adult Wednesday Addams was edgy, original, and funny as hell. At any point, the Addams estate, MGM, or Netflix could have capitalized on that or at least left it alone to generate interest. Instead, they killed it, cannibalized it, and when the new series almost certainly tanks they will probably say something about Wednesday being unlikable.

The only good news is that Melissa Hunter has done well for herself. She was a story editor on Santa Clarita Diet and has done a fair amount of writing and acting since her show was shut down. If there was a just world, someone would have hired her to at least consult on scripts for Wednesday, but that would be admitting she did Addams Family better than it’s been done since the ‘90s.

Excited as I am to see Ricci once again connected with the Wednesday character, it’s just one more reminder of what actually could have been.
KEEP THE HOUSTON PRESS FREE... Since we started the Houston Press, it has been defined as the free, independent voice of Houston, and we'd like to keep it that way. With local media under siege, it's more important than ever for us to rally support behind funding our local journalism. You can help by participating in our "I Support" program, allowing us to keep offering readers access to our incisive coverage of local news, food and culture with no paywalls.
Make a one-time donation today for as little as $1.