The Hidden Link Between Hillary’s Emails and Atlas Shrugged 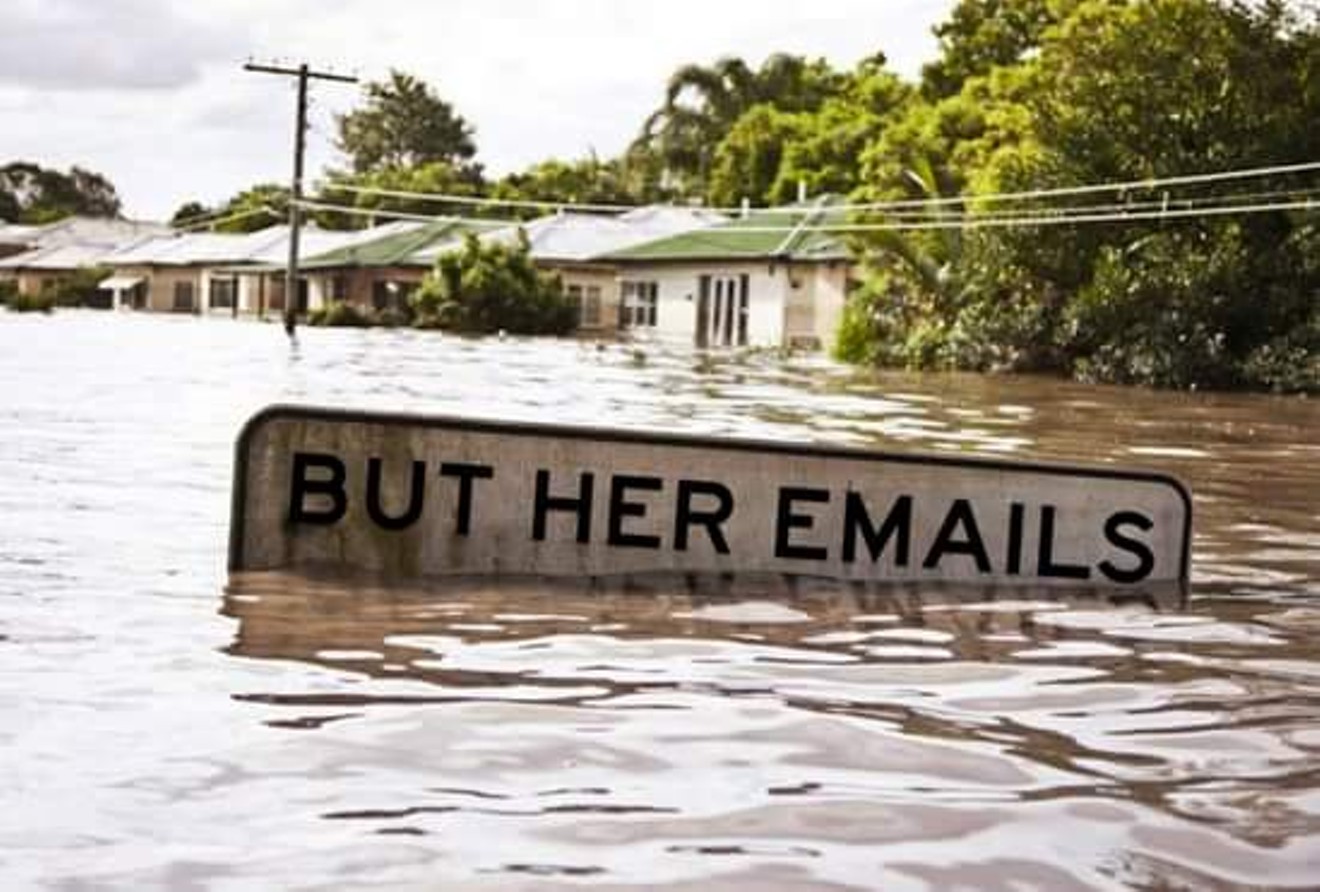 One of the popular "But Her Emails" memes
After the election of Donald Trump, a meme was born. The one up there, though not always that specific picture. As an idea, “but her emails” became this powerful three-word sentence intoned whenever America dragged itself further into the sea with our president’s shenanigans.

Win McNamee over at Paste wrote an article on why we shouldn’t say “But Her Emails,” but he utterly misses the point of the expression. In his mind, it’s an affirmation that Clinton was perfect and did nothing wrong in her bid for the White House. The meme drowns out Legitimate Concerns™ people had. Nothing could be further from the truth. That’s not at all what But Her Emails means as a concept.

To illustrate, I’m going to bring up Atlas Shrugged. Though I’m very liberal, Ayn Rand’s magnum opus remains one of my favorite books, mostly because I actually understand it and conservatives typically don’t. If they did truly get it, they’d have run from Donald Trump as if he were a swarm of bees in a stupid hat, but they didn’t because they typically think the moral is “GOVERNMENT BAD,” which, no, no, it’s not.

Atlas Shrugged opens with the famous line “Who is John Galt?” This is both a plot device and a clever piece of world-building. The phrase, which almost no one knows the true origin of, is a common utterance in the face of hopelessness. It’s said by characters when they simply have no explanation for why the world they inhabit is falling apart, why their society isn’t working despite doing everything they are being told is the right thing to do.

John Galt, it turns out, is a brilliant inventor who invents a perpetual-motion engine, but leaves it to rot as he flees into exile because the factory where he was employed had adopted communist ideals that would have robbed him of his invention's ownership. He ultimately becomes the love interest of hero and railroad entrepreneur Dagny Taggart, who is the last great mind to give up on a rotting country doomed to desolation over adherence to the philosophy of incompetents and parasites.

Clinton lost for many small reasons, just as Rand’s America breaks down for many small reasons. There was the interference by Russian psyops, the shifting demographics in key blue states without enough gains in others to make up for it, decades of dedicated propaganda warfare against her, and, yes, some small mistakes on the part of the candidate herself. The tipping point, though, by any look at the last of the polling, was FBI Director James Comey announcing days before the election that he was reopening an investigation into Clinton’s emails. It wasn’t the only reason she lost, but it was the nose across the finish line.

When someone like me says "But Her Emails," it doesn’t mean that I think that America, as a whole, was so stupid it couldn’t see an obvious nonstory for what it was. It means I can’t understand how a social-justice backlash in the wake of Barack Obama's election got so large and powerful that it propelled an open racist into the White House. It means the anti-intellectualism movement is so bafflingly enormous that people were willing to elect an obviously unqualified man to be their leader because his ignorance made them feel better about the things they didn’t understand. It means that none of the white women who voted against an open pussy-grabber can understand how the majority of their peers were just fine with that. It means, “does no one really care that a foreign government, possibly with the cooperation of the candidate, helped elect our president?” A foreign government currently best-known for poisoning and murdering the opposition to its own president?

Hillary Clinton’s email is the dark mirror of John Galt’s motor. Instead of infinite potential, it was infinite entropy. It was the light-sucking singularity that could be used to weigh against all of Donald Trump’s incredible faults and deceits, and pretend that the two candidates were functionally identical. It was an excuse to not examine what had gone wrong in a world that welcomed Trump as president, not an absolution of Clinton’s flaws.

I’m not going to stop saying "But Her Emails." Nothing sums up the world as it is now better. I would much rather there be a stupid reason things are as they are than there be no reasons. I get that the phrase annoys people.

That is the point.