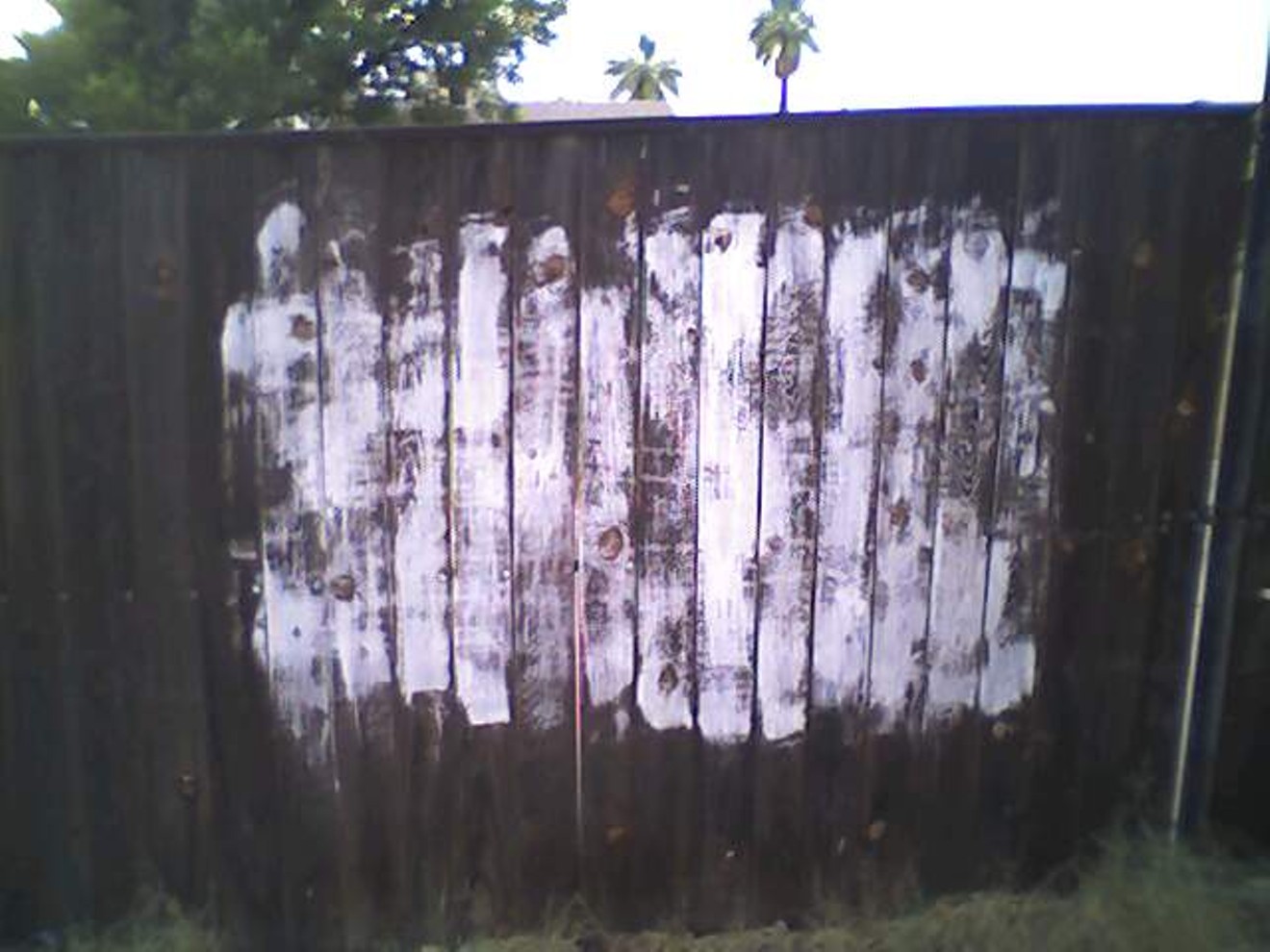 Photo by bdunnette via Flickr
The old phrase is that you shouldn’t judge a book by its cover, but if that were true a significant chunk of the marketing industry wouldn’t exist. We absolutely judge books by their covers, and when it’s a question of the race of your main characters, there’s a good chance that people of color are going to get whitewashed. How likely is that? Is there anything you can do about it? Let’s explore the ins and outs of the subject.

Author Control of Book Covers
It’s important to know that in the major publishers an author has virtually no say about the cover image of his or her book. Even someone as famous and established as Anne Rice has thrown up her hands and declared herself powerless when fans complained about the cover of Prince Lestat. There are entire departments at publishers who know what sort of images attract eyeballs and open wallets, and they’re the ones who decide the look of your novel. A lot of the image is based on what is selling at the moment. If you wondered why so many young adult novel covers after Twilight came out sort of looked like Twilight even if the stories were miles apart, that’s why.

Smaller publishers can be more lenient. I was allowed to pick the cover of my second book, for instance, when it was published with Vamptasy. Of course there’s self-publishing, where a stock photo budget and mastery of Photoshop are the only limit (though you should try and learn some basic tips).

Major publishers aren’t completely oblivious to the author’s wishes. After all, unhappy authors take their books elsewhere. If you hate your cover and have a good relationship with your agent or editor, things can be done, but be prepared to accept what the marketing department comes up with.

“But My Protagonist is a Person of Color”
When the first Hunger Games film came out there was a small, but vocal outrage over the character of Rue. Despite the fact that the character is described as dark skinned in the novel, many fans seemed unaware of her race until the film version came out and she was played by Amandla Stenberg. Some fans lashed out with hostility, feeling betrayed.

No matter how your character is described in your book, marketing and even avid readers may project what they want to see rather than what you give them. Especially if your protagonist falls outside of easy racial stereotypes. Your hero of Chinese descent who uses martial arts to face evil will probably have a kung fu warrior on the cover. Your hero of Chinese descent who faces the existential dread of being a farmer in Midwestern America during an economic downturn might not.

I’m not saying any of this is right or fair. It is just the nature of the book business at this time, and you should be prepared.

Why They Do It
There’s a bit of publishing industry gospel that says selling black authors is difficult, and by proxy so are books with black characters on the front. The fashion magazine industry is the same, with non-white cover models making up only 29 percent of the major magazine covers in 2016. Sales numbers on the subject are hard to come by, so it’s difficult to say if that is true or if it’s a self-defeating prophecy. After all, if you truly believe that black cover models don’t move books, you have little incentive to try using one unless the author is Oprah, Ben Carson or Charlamagne tha God.

At least up until 2010 Walmart’s book section simply lumped books by black authors together regardless of subject matter. African-American sections are becoming rarer in bookstores, but they are still a thing. Authors of color telling stories about people who look like them can find themselves segregated from the main racks.

That’s one way that such authors are kept out of the mainstream. Take Victor LaValle. He’s arguably the most gifted black horror writer alive today, and his work is rather literary and unconventional. Ideally he belongs next to the likes of Joe Hill or Clive Barker, not nestled against a shelf with Barack Obama because of a shared skin color. How your book is racially perceived can have a huge influence on its placement and sales strategy.

What They Do Instead
So, what do you do if you have a book starring a person of color and you’re afraid that might turn off a mainstream audience? There are lots of ways that a publisher might get around it.

The most common form is simply whitewashing the character’s heritage. The protagonist of Kelly Armstrong’s Darkness Rising series is a Native American woman named Maya literally grown in a lab to recreate a specific type of mystical ancient hunter, but you wouldn’t guess it from the Caucasian model on the covers. The same thing happened to Nimira from Jaclyn Dolamore’s Magic Under Glass. In the book she’s described as dark-skinned woman from the far East, but the model on the original cover would be right at home in a BBC Jane Austen mini-series. Even legendary fantasy author Ursula K. LeGuin isn’t immune. Most depictions of her hero Ged trade in red-brown skin for white, even up to the 2005 television adaptation.

If characters don't get whitewashed, they might get distilled down into a vague and ambiguous ethnicity. Jenny Nimmo’s Chronicles of the Red King blasts the eye with a bright, fiery yellow that obscures the African heritage of the hero. Kathryn Fitzmaurice’s book Diamond in the Desert is about a Japanese baseball team in a World War II American internment camp. However, the cover uses a sunset to blur the figures so their race is hard to tell and makes the book look more like a generic baseball story.

When all else fails, silhouettes or just leaving the characters out completely will work. Neil Gaiman got both. The protagonist of American Gods, Shadow, is dark-skinned, but the cover features only a lightning strike on a deserted road. The semi-sequel, Anansi Boys, features three silhouetted figures on one cover that give no indication that most of the cast in the book are black. Nick Lake’s In Darkness also uses a silhouetted figured of ambiguous race despite taking place around the 2010 earthquake in Haiti.

There are many more examples of this phenomenon. How much of it is an intentional wish to play down the race of the main characters and how much is just cover design styling is impossible to say. The fact remains that publishers can and do find ways to not showcase people of color on book covers even if they are the star of the novel.

Her novel features a compulsive liar named Micah, who describes her hair as nappy and short. The original Australian cover of her book was a white background with red, blurry letters, a design Larbalestier was happy with and hoped would be emulated with her American release.

Instead, Bloomsbury released Liar in America featuring a white woman who has long, straight brown hair that covers her mouth. Fans wrote to Larbalestier over the mismatch between how Micha is described and how she appears, and the resulting scandal was covered across several national news outlets.

According to Larbalestier, Bloomsbury told her that they had a lot of success selling books with women’s faces on the cover, and that’s what they wanted for Liar. Not every model that was photographed was white, but none matched Larbalestier’s own perception of her character in anyway. In her own words, “I strongly objected to all of them. I lost.”

The change in cover had a noticeable effect on how the book was perceived, something that was easily measurable as Larbalestier had the test case of the Australian cover to compare it to. According to her, readers in America wrote her to ask if Micha was really black, which did not happen with Australian readers. More heartbreaking, one American reader informed Larbalestier that she wouldn’t buy her book with the whitewashed model because her teens would find it insulting.

Larbalestier sums her frustration up well…

“There is, in fact, a large audience for ‘black books’ but they weren’t discovered until African American authors started self-publishing and selling their books on the subway and on the street and directly into schools. And, yet, the publishing industry still doesn’t seem to get it. Perhaps the whole ‘black books don’t sell’ thing is a self-fulfilling prophecy?”


Maybe that is changing, though. After the backlash Bloomsbury had a new cover for Liar, one that more accurately represented the book’s protagonist.

The publishing industry still has a long way to go in how it markets books starring people of color, and readers as well have some work do as far as their prejudices. It would be nice if we saw more black faces staring out at us from the covers of literary novels or fanatical science fiction settings instead of “urban fiction” sections and celebrity biographies. More diverse stories are being written and published all the time, even if the marketing may not have quite caught up just yet.

In the meantime, be aware of the current norms when you pen your protagonist. It’s likely that their race may be hidden or changed if the marketing department thinks it will sell a few extra books. Even influential authors sometimes have to put up with it. However, sometimes there are stories like Larbalestier’s, and everyone gets what they want in the end. If more authors and readers and critics keep speaking up, there will be a lot more tales of that sort in the future.
KEEP THE HOUSTON PRESS FREE... Since we started the Houston Press, it has been defined as the free, independent voice of Houston, and we'd like to keep it that way. With local media under siege, it's more important than ever for us to rally support behind funding our local journalism. You can help by participating in our "I Support" program, allowing us to keep offering readers access to our incisive coverage of local news, food and culture with no paywalls.
Make a one-time donation today for as little as $1.