Immigration Enforcement Should Focus On Those Hiring Undocumented Workers 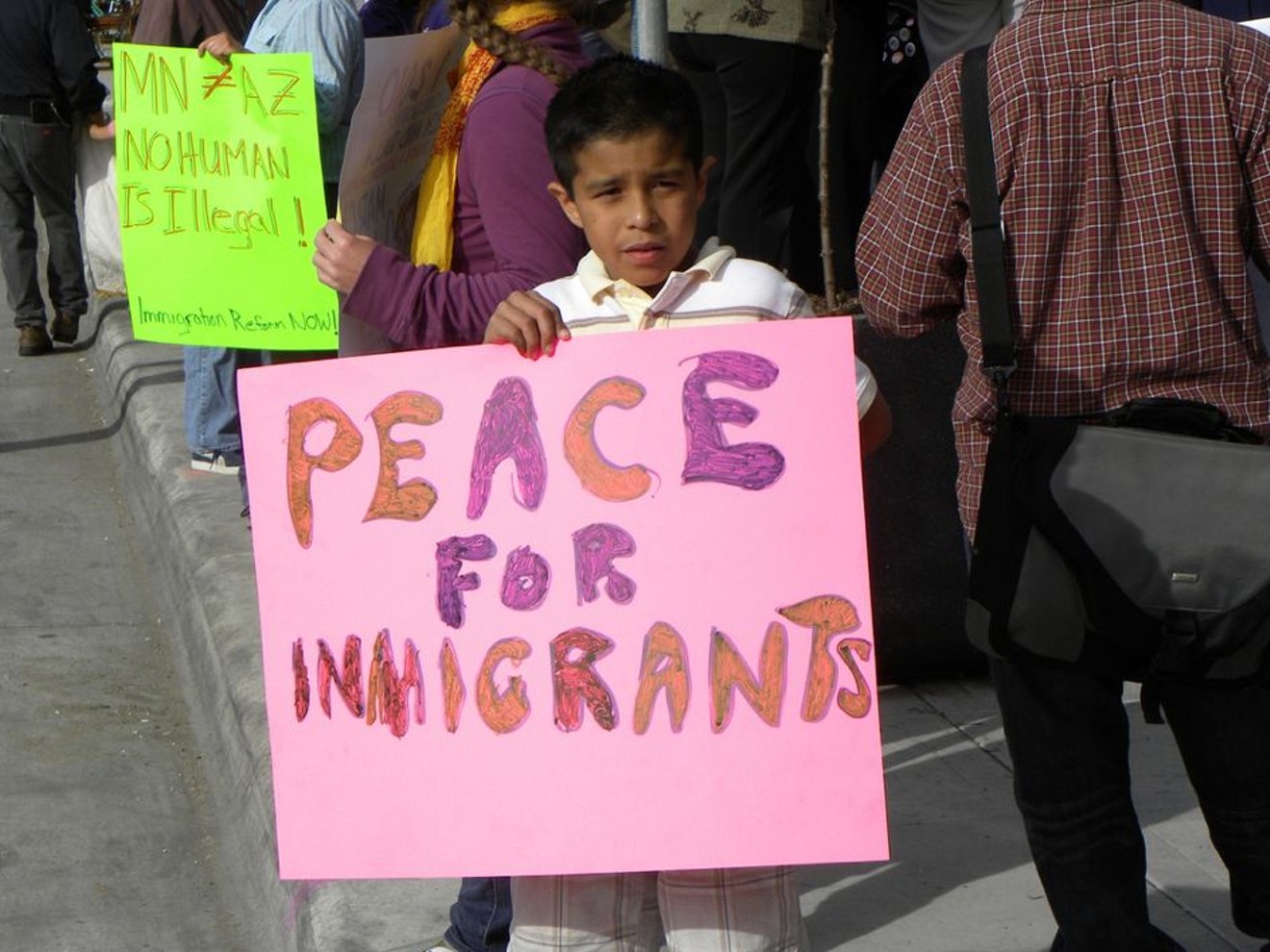 Not much peace for them lately. Photo by Fibonnaci Blue
The Trump administration seems to be making good on the President's campaign promise to take a hard-line approach towards illegal immigration. ICE, the Immigration and Customs Enforcement agency, has increased its raids across the country, and apprehensions among undocumented immigrants and their advocates have been rising, as people living in this country illegally are increasingly being scooped up for deportation.

The underlying issues that have led to our immigration problem in this country are complicated, and extreme opinions from both sides of the debate seem wrongheaded. A country can't just indefinitely ignore that it has an enormous population of undocumented people living within it, but draconian enforcement efforts don't seem in the spirit of what America should be about either. The current situation is too complex to really lend itself to the types of simple, emotionally based "fixes" that a lot of folks seem to advocate.


That said, it's always struck me as weird that many of the people who support securing our borders and cracking down on undocumented immigration seem to focus on things like Trump's "Great Wall" and massive deportation sweeps instead of going after the employers who make immigrating illegally so tempting to begin with.

So why would some Americans support building a ridiculous and extremely expensive border wall, or increasing large-scale deportation raids, when it would probably be more effective to go after the people hiring undocumented workers?


I mean...We know that certain types of labor-intensive jobs are often performed by undocumented immigrants, and yet we're not seeing owners of construction companies (for example) being arrested for hiring huge numbers of those workers. A lot of the pro-enforcement people seem to be selectively blind when it comes to that; they're content to purchase goods and services provided by an undocumented immigrant workforce, while condemning those same folks for being in the country illegally. It's amazing to witness the mental gymnastics some people will go through in order to excuse employers (white ones, anyway), and even themselves.

I haven't encountered too many supporters of hardline anti-illegal-immigration efforts who are particularly interested in the status of the workers who mow their yards, clean their houses, or work in the restaurants they enjoy. Certainly, not every person performing those jobs is in the country illegally, but we know that many specific industries rely heavily on undocumented workers. Why not crack down harder on the employers, instead of going after the people lured here by the jobs they eagerly provide?


It's just too easy for many Americans to ignore that many of the things they enjoy are provided by undocumented immigrants working for employers who knowingly hire them, either because they have trouble finding Americans who'll do the work or (more often) because undocumented workers will accept lower wages. Yet we're not seeing the CEOs of home-construction companies doing a perp walk on the news after being arrested. Instead, our attention is focused on arresting undocumented people living here and on Trump's proposed wall, which will cost billions of dollars and Mexico will never pay for.


The border enforcement value of that proposed wall are largely symbolic. If it is ever built, people will still find a way to cross our border illegally as long as there are Americans willing and able to hire them. Since it's unlikely at this point that Americans are so united in their opposition to illegal immigration that enough of us are willing to boycott the products and services that undocumented workers make possible, and since there doesn't seem to be much collective will to punish employers who hire them, we're pretty much stuck with figuring out other ways to fix our broken immigration system.

Border walls and mass deportations are not likely to be effective solutions to the complex problems that have developed around the issue over decades. It's apparently easier for many Americans to vilify the poor people being lured by the promise of a better life than it is to blame the employers who hire them once they're here. The only chance this country has to improve the situation is through a better guest-worker program and comprehensive immigration reform, not some insanely expensive and ineffective wall.