Women Don’t Trust Male Feminists. We’ve Given Them No Reason To. 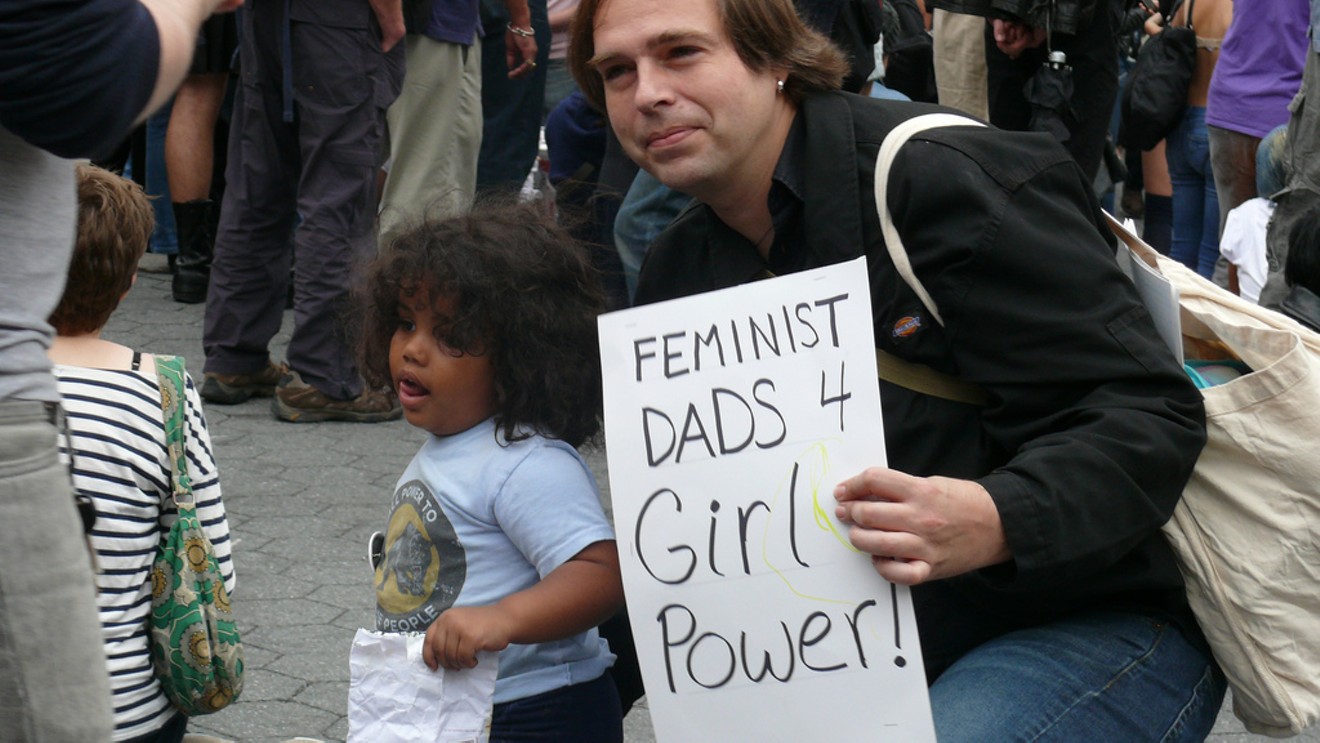 Signs at Slutwalk Photo by Charlotte Cooper via Flickr
I started writing this piece after the article Melena Ryzik, Cara Buckley and Jodi Kantor wrote in The New York Times that blew open the long-held rumors regarding comedian Louis C.K.’s sexual misconduct with female comedians. I never finished it, probably because I saw something shiny in the street. That’s okay because it became timely again when Leeann Tweeden accused Senator and comedian Al Franken of inappropriate sexual behavior when the two were on a USO tour together. Halfway through THAT incarnation, television host Charlie Rose stood accused by eight women of various sexual harrassments. By the time this goes live, we’ll probably be onto a new example.

One of the sentiments I’ve seen more and more on social media in these last several months as #MeToo went viral and more and more men were revealed to not be the paragons they appeared to be is exhaustion. A friend of mine said, “I think I’m ready to become a man-hating feminist,” and that’s an idea I’ve seen expressed by many others. Some are angry, but most are just tired.

Women don’t trust male feminists, and we’ve given them no real reason to.

It’s easy to get defensive. Maybe you’re the perfect dude that stands up to rape culture and fully embraces combatting sexism and would never dream of touching a woman without her express permission. Why should you be lumped in with all these other men who failed in their duty to further justice between the sexes?

There are a couple of reasons. The first is simple enough. Sexism is a systemic and institutionalized problem. It infects every person, man or woman, to a certain degree. Overcoming the programming is a literal lifetime of work, and none of us will ever be perfect. It’s important to remember that no matter how good you might be, mistakes will be made. Women know that, and I find most of them are fairly forgiving, but that doesn’t change the fact the error occurs.

Unless a man is talking about feminism and how it empowers specifically male issues like removing the stigma of being a stay-at-home dad or eroding the damage of toxic masculinity, feminism is always to some degree performative. That goes double when you’re someone like me or Franken or any other type of public figure. Feminism becomes a form of expression.

Let me tell you, being the “good guy” can be as addictive as any drug. We all want to be the hero, the genius or the ally. Write or say the correct things, and people will beat a path to your door and praise you to the moon and back. It’s frightfully easy to start thinking you’re awesome, and that’s where mistakes can happen.

I look over these continued revelations of people’s idols and heroes and the disappointment they spark in a lot of my female friends, and it makes me wonder. Are they waiting for the shoe to drop on me? Are they suspecting that if I had them alone in a room all I’ve said and done would drop like a mask followed shortly by my pants? I could protest and promise no, but why believe me? Other men have said the same thing, and it turned out to be a lie. There is little substantive difference between my rhetoric and the rhetoric of a lot of guys that ended up being creeps.

All I can suggest is that men realize that there is a difference between who they perceive themselves to be and the effect of their actions. No amount crowing about feminism buys you a single free boundary cross, and women are more and more coming to distrust us when we say we’re on their side. Too many of us fail in the clinch. We have got to earn that trust back, and it’s going to involve putting aside hurt feelings and getting some work done. Frankly, if you could just NOT sexually harass women, that would be a start.