Werewolves Versus The Wizard of Oz: Wolf Among Us is Back! 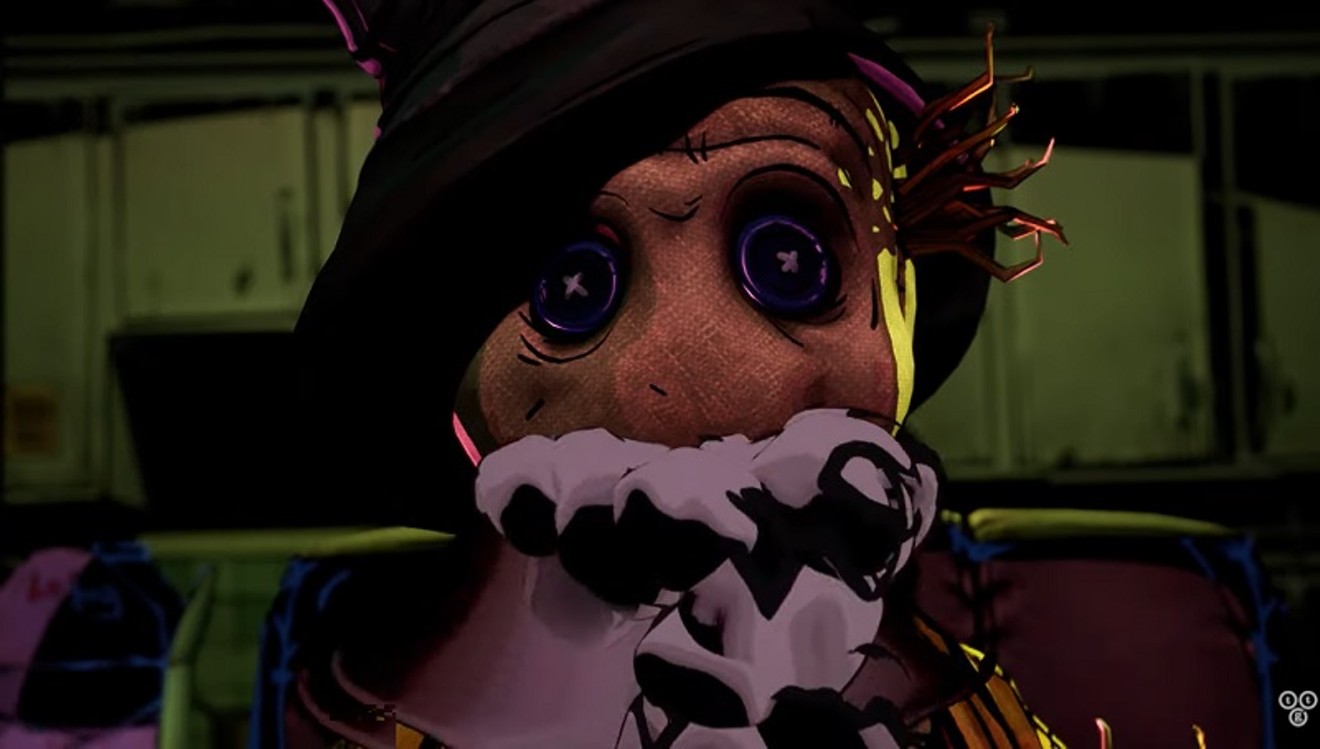 Oz's Scarecrow is enjoying a little fire in the new trailer. Screengrab from the Wolf Among Us 2 trailer
Even for a company famous for making incredible video games out of licensed properties, Telltale’s The Wolf Among Us in 2013 was a high-water mark. Based on the popular DC comic series about mythical characters living secret lives in New York City, it was both a critical and financial success. It was also where problems for the company started to escalate, leading to the company abruptly shutting down in 2018 over allegations of overworking its employees and violating California law by suddenly letting hundreds of employees go.

The move left the future of the series in limbo. At the 2019 Game Awards, a short teaser trailer was shown indicating that a sequel was in the works. On Wednesday, a livestream and new trailer showcasing part of Episode 1 dropped, and it was a doozy.

Set six months after the first game but still 20 years before the comic series starts, Bigby Wolf has been suspended as Fabletown Sheriff, possibly for his actions during Season 1. It’s likely that similar to Telltale’s The Walking Dead, the new game will canonize some player choices made in the predecessor. Now, the wolf is in anger manager and helping a mundy (non-fable) New York detective named Faye Leung investigate a case.

It brings him into conflict with two exiled residents of Oz, a pot-smoking Scarecrow and an ultra-violent Tin Woodsman. The trailer shows Bigby and the Woodsman going at it in a terrific brawl. This is a neat callback to the first game, which opened with Bigby fighting the Woodsman from the Little Red Riding Hood story after the Woodsman began beating up a sex worker.

Right off the bat, the game looks a million times better. CEO of Telltale Jamie Ottile and co-founder of AdHoc Games Nick Herman revealed that the new series uses the Unreal engine, which gives the characters a much slicker look. They also hinted that Bigby might have a little more flexibility when it comes to movement and combat but reiterated that this will not be a third-person action game.

The executives indicated that using Unreal is making the production much easier. The company has been fairly cagey about whether the new Telltale has cleaned up its act. In reality, LCG Entertainment is merely doing business as Telltale, though former employees are involved in the project. Ottile has said that Telltale wants to avoid crunch times, which happened a lot in the previous version of the company thanks to its episodic model.

The Wolf Among Us 2 is certainly taking its time. The trailer announced that the game will not be available until next year. All episodes are being developed concurrently for presumably a tighter release schedule, which will also hopefully reduce the load on workers desperately trying to make arbitrary deadlines set by the executives.

In addition to the new characters, fan favorites like Snow White and Bufkin the flying monkey are set to return. Adam Harrington and Erin Yvette appeared in the livestream and confirmed they were returning to voice Bigby and Snow. It’s been a long wait for the game, but so far everything indicates it might be worth it. See the trailer below.