Cecil's used to be one of the stickiest places around, and we loved it for that. And then that baby burned to the ground. Three months later it rose from the ashes with a new look, one we were quick to dismiss as being a little too clean (see "We Want the Funk," April 22, 2004). But all it took were a few spilled beers and abandoned butts to wipe off the sheen and get the party started again. And once owner Kimberly Blythe expanded the bar in the opposite direction of the fire damage, making way for new pool tables and dartboards, it wasn't long before some of the joint's fabled shooters and flickers returned. Congrats, Cecil's. Here's to many booze-filled nights to come.

Best Place to Relive the '60s 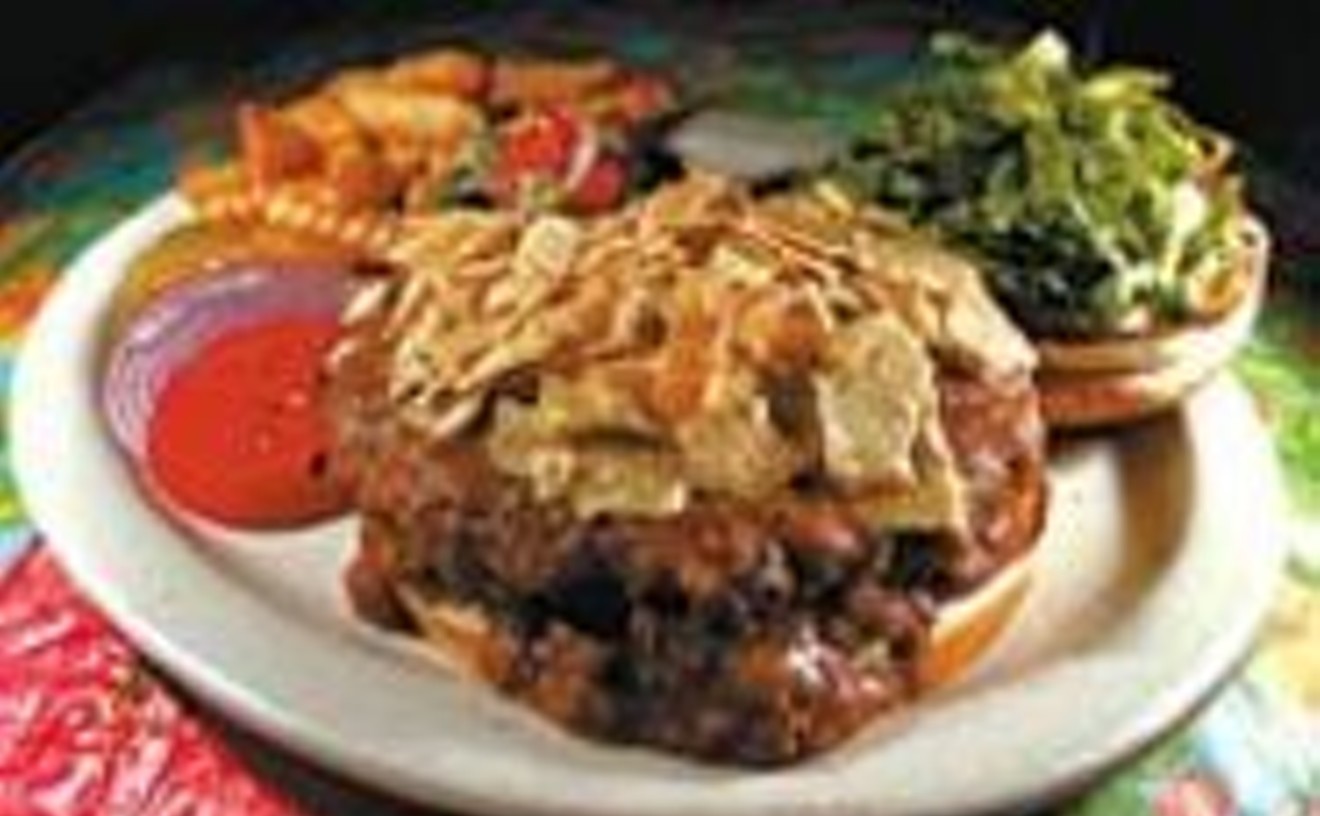 Every day at this place might as well be smack-dab in the middle of the summer of '69. Jam bands such as the Hightailers rule the roost, noodling the night away while tie-dyed revelers kick it at wooden tables and flop around in front of the stage with their eyes closed. Baby boomers and college kids are the two groups who perpetually inhabit this ongoing lovefest, and there are plenty of both at this joint. Once the music starts bumping and the smoke rises toward the stars, you too will feel like you're in the middle of a field in upstate New York. 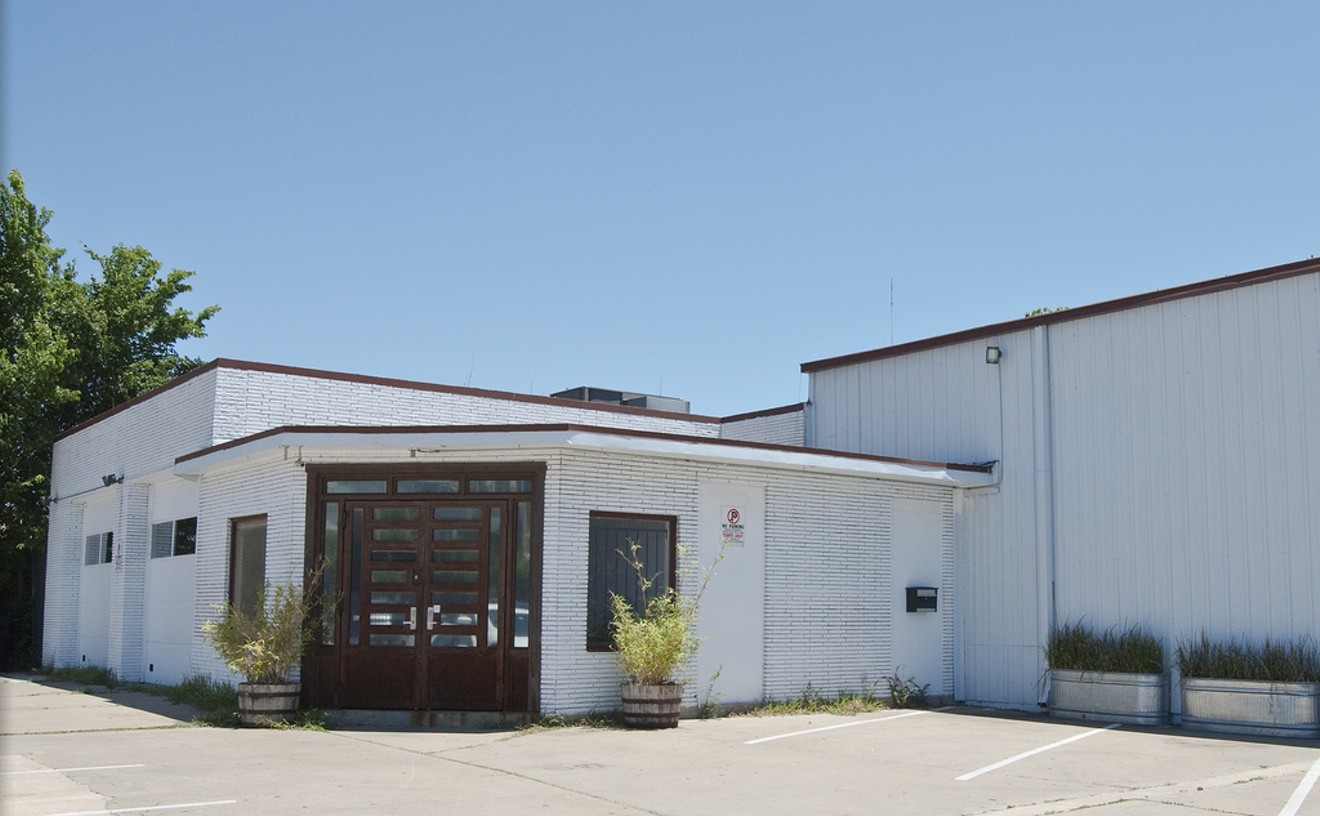 Barnevelder may be named after a chicken, but there's nothing chicken about managing director Louie Saletan's brave leadership of this blossoming dance venue. In 2003, when Saletan declared his goals for the multi-purpose spot, with its sloping floor and the lack of heat and a/c, it was easy think this guy had a bad case of arts optimism. Well, here we are in 2005, and Barnevelder has become the premier venue for local dance. The 150-seat theater boasts new lighting equipment and an upgraded sound system. Several dance companies rehearse there. And this past June, Barnevelder hosted the third annual Big Range Dance Festival.

This year the folks at Infernal Bridegroom Productions conjured the ancient Greeks to help them create the most extravagantly intelligent and wonderfully original production of the season. Euripides's Medea, about a woman who kills her children to get back at her unfaithful husband, is one of Western civilization's oldest and most deadly love stories. But the ancient tragedy was rendered totally new in the IBP production, thanks to the wild imaginations of everyone involved. Musicians, artists, dancers and actors came together to create some wonderfully contemporary gestures that somehow felt completely organic to this hallowed story. Grainy video, performers from Jennifer Wood's Suchu Dance, a Greek "chorus" filled with pot-smoking creepy creatures and the superhero Batman (of all things) wove themselves around Tamarie Cooper's raven-haired, mad Medea, rendering this story of blood-curdling revenge into mind-blowing modern theater.

On almost any given weekend, close to 20 Houston-area start-up punk, emo, ska and/or all-of-the-above bands show up to play no-age-restriction shows in a nonalcoholic environment. Sure, the place used to be somebody's house, but heck, that's appropriate -- many of these combos are taking their first baby steps out of the garage (notwithstanding the occasional bewildered national touring act that passes through). In a town where heinous pay-to-play policies have reared their ugly heads in the past, here's a place where a young band can test its mettle without fear. Besides, a lot of these kids are too young to get into a regular club, anyway.
Readers' choice: Continental Club

No, all karaoke nights are not created equal; some are populated by Houston's most shameless hipsters. Grooving on the irony of doing something as magnificently unhip as performing off-key renditions of hackneyed hits, members of the cooler-than-you set make just as big fools of themselves as we mere mortals when they get up to sing. Whether you're here to try out your own rusty pipes or just marvel at the sight of someone even geekier than Trent Reznor trying to sing a Nine Inch Nails tune, a splendid time is guaranteed for all.

When it comes to sports knowledge, everyone in the city is sprinting for second place behind Charlie Pallilo. Much like his fellow sports junkies Marv Albert and Bob Costas, Pallilo is a graduate of Syracuse. It was the reading of Albert's book (the aptly titled Yesss!) at age 12 that convinced the young and future Orangeman to make a living talking sports until he was blue in the face. It was a fateful day in '89 that this sports animal migrated south from the big bad frozen tundra of New York State. "I admit that when I moved down here," Pallilo says, "the thought was a couple of years in Houston would help me along, and the next stop would be back in the Northeast. But the career went well, Houston is a terrific place to live, with tremendous diversity in almost all areas, and this is the place for me. Very few 75-degree January days in New York City." Catch him weekdays from 3 p.m. to 7 p.m.

There are just certain things you expect from a gentlemen's club. Outrageous drink prices -- check. Women interested in your money and your money alone -- check. No sex in the champagne room -- check. All these things apply at Gigi's Cabaret, to be sure, but the drinks are a tad cheaper, the girls talk to you even when you're not interested in their pelvis-grinding services (on second thought, maybe this isn't such a good thing) and while there is certainly no sex in VIP...well, you get the idea. Another plus? Many of the girls have natural, um, skin tones. Yeah, that's the ticket. Great happy-hour buffet, too.
Readers' choice: Treasures

It's Friday night and you're looking absolutely fabulous, but your designer heels are giving you grief. Make Joia your destination -- comfort is the top priority here, with good looks coming in at a close second. The club has plenty of places to kick back. Miami-style bungalows with couches and beds with throw pillows dot the large, candle-lit deck. Inside the converted house, there's also plenty of elegant and comfy seating. Everything is bathed in a subdued, bluish hue, which goes well with the club's downtempo dance tunes. The patrons of this hotspot are perfectly dressed, tanned and toned, so make yourself stand out with your personality and your flair for style. You'll feel as pretty as the club itself.
Reader's choice: Crome

Houston talk radio tends to be nutty. On the commercial dial, you've got every shade of right-wing hot air, from Rush Limbaugh's parroting of the Republican party line all the way to Michael Savage's lunatic fringe rantings. (In between, you've got a bunch of locals like Chris Baker, Edd Hendee and Dan Patrick all more or less agreeing with one another.) Meanwhile, the left is pretty much confined to KPFT, where many of the special-interest-dominated leftist shows are just as chock-full of crazy talk. Not so with Glenn Urbach and Staci "The Doctor" Davis, whose "aggressive progressive" show The Other Side lives up to its name. These two are left-wing, sure, but no wingnuts -- just "uncompromisingly liberal" tough guys with the courage of their convictions and the ability to convey them. Sure, the commercial stations are always saying they want to hire sharp, left-wing hosts. We don't believe 'em. If they meant what they said, Urbach and Davis would already be on one of them in drive time.