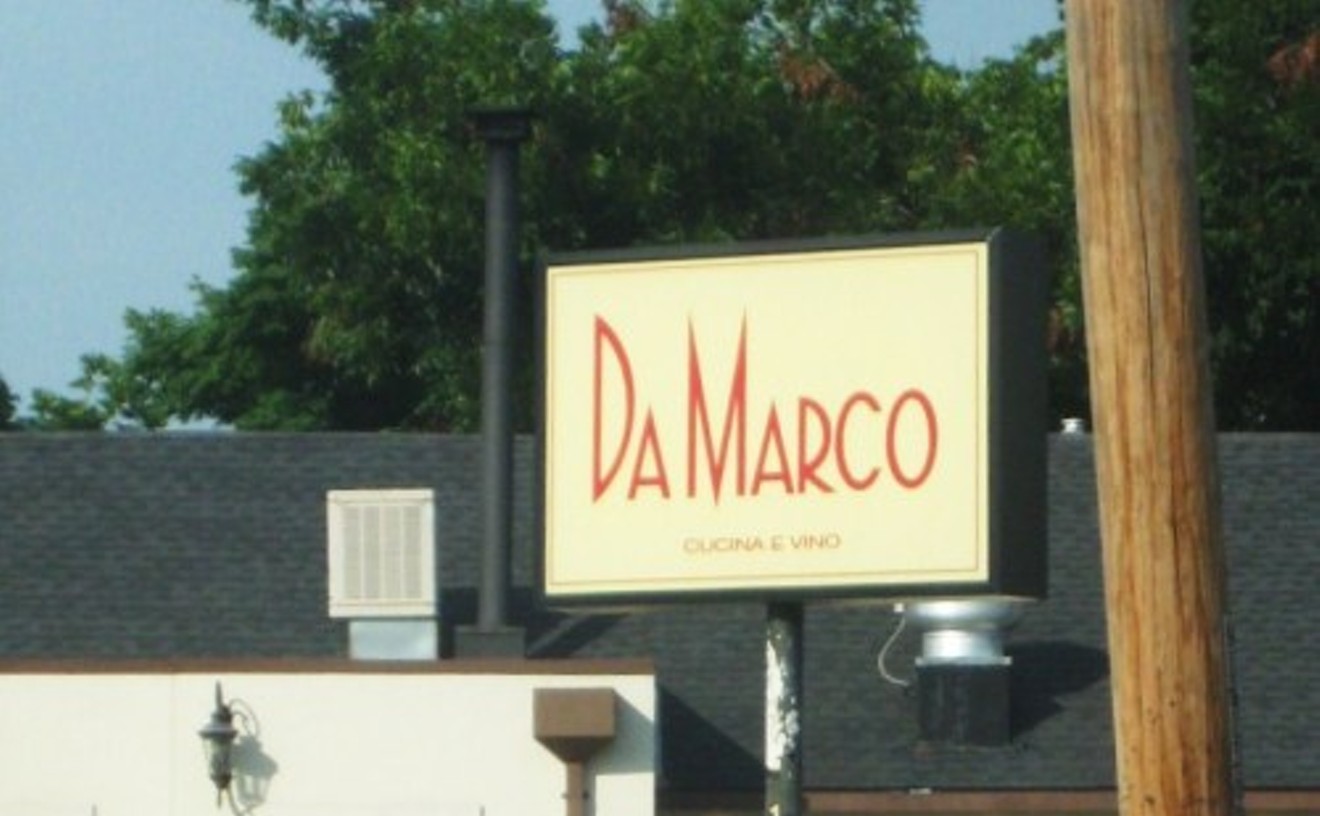 Photo by Houston Press staff
Chef and owner Marco Wiles is Houston's answer to Mario Batali. He loves to surprise you. He'll start you off with his own freshly cured anchovies served over a cream-injected fresh mozzarella called burrata. And while you're trying to figure that one out, he'll blindside you with something like cold poached lamb tongue served with the spicy mustard-brined fruits called mostardo. Forget about Gulf seafood -- he'd rather introduce you to some unusual varieties of fish like branzino (Italian sea bass), which he flies in from Italy. Da Marco's wine list is equally cutting-edge. Instead of offering the usual bunch of overpriced Barolos and Amarones, Da Marco's sommelier, Antonio Gianola, goes looking for great deals from off-the-beaten-track Italian regions like Puglia and the Slovenian border. But don't be intimidated: You'll also find some of the best pizza and pasta dishes in the city at this unassuming little Montrose cottage. Try the raviolo with ricotta, egg and truffle, for instance. It's a single, giant pillow made of two loose sheets of pasta filled with a gently poached egg and napped with truffle oil -- and it will alter your mind.
Readers' choice: Carrabba's