It's a Houston tradition from June to November: You go to sleep knowing there's a tropical storm or hurricane heading our way, and the first thing you want to know when you wake up is, Is it still barreling down on us, or has it sheared away? Some stations pile on the danger hype, insisting that every storm could still end up hitting us. The imperturbable David Paul, however, doesn't play that game. Sure, he'll give the standard caveat -- that you can't be sure where a hurricane will hit -- but if it looks like landfall will be in Florida, he's not going to stretch the truth to keep up the ratings. A calm voice of reason in the morning is our David Paul, and that can be a blessing in a world where calm is a rare luxury.
Readers' choice: Dr. Neil Frank

What is it? A sleek, striped donkey? A purplish-red zebra with round ears, horns and a long tongue? A furry dinosaur of some kind? Nope, none of the above. It's the okapi, and its only living relative is the giraffe. Western science didn't even know these five-foot-tall, leaf-chewing critters existed until the 1890s; the okapi was the last of the world's large mammals to be "discovered." Other fun facts about okapis, which have been on exhibit at the Houston Zoo since 2002: They are the only creature on earth able to clean their ears with their tongues (other than Gene Simmons of KISS). And according to Houston Zoo veterinarian Lauren Howard, interviewed on the zoo's Web site, they are smart beasts. Unlike most other large animals, they can be taught to allow easy inspection of their hooves, heart, eyes, ears and pregnant bellies. "Plus," adds Howard, "okapi babies are the cutest!"
Readers' choice: Giraffe

Eric Andell had as shiny a reputation as any local Democrat, and he wasn't afraid to flaunt it. As a juvenile court judge and later an appellate judge, Andell was savvy with the media and smooth at political gatherings and parties. He had a syndicated television show, Juvenile Justice, and was wooed by Republicans to switch parties. But, as he told the Houston Press in 2001, doing that would mean "I wouldn't have my integrity." That integrity took a hit, however, when he pleaded guilty this year to violating federal conflict-of-interest laws. Andell, who had been working for the Department of Education, admitted billing the government for a trip to New York to see a Broadway show and claiming sick leave for days when he worked as a visiting judge. The price of the transgressions wasn't great -- Andell reimbursed the government about $8,600 as part of the plea deal -- but the damage to the judge's glowing reputation was severe.
Readers' choice: Ken Lay

Sam Farha didn't win the World Series of Poker this year or last year, but that doesn't mean he hasn't made it big at the table. The Lebanon native, who's called Houston home for 20 years, has made a very, very good living playing cards. A second-place finish at the 2003 WSOP netted him $1.3 million, and he just keeps on chugging. Not everyone can understand the appeal of watching guys play cards on TV, but the explosive popularity of the game has made superstars out of people like Farha, and he's riding the wave for all it's worth.

When Jeanne Parr ran for county treasurer in 2002, she told voters all about her experience as a lay minister and Sunday school teacher, her work with 4-H Club kids and the time she was named Outstanding Leader of Fort Bend County. What she didn't mention was her gambling problem. It turns out Parr had quite the jones, taking weekly trips to Louisiana and eventually dropping at least $46,000. What's a county treasurer to do? If you're Jeanne Parr, you start stealing from a 4-H Club bank account. Parr pleaded guilty to writing checks to herself to cover her losses and got five years' deferred adjudication and a 14-day jail sentence. "I never did ever plan to harm anyone or a child," she told the court, which kind of left the impression things just happened on their own. She also resigned her office, of course, thus ending a brief but exciting political career.
Readers' choice: Lea Fastow

So far, the whole Houston "Third Coast" rap thing has been a largely male phenomenon. For every Beyonce, there are two or three Mike Joneses or Lil' Flips. Brooke Valentine is trying to change that, and she's gotten off to a hot start. She's teamed with Big Boi from OutKast for the hit "Girlfight" and with the late, lamented ODB for "Blah Blah Blah." The 19-year-old from the southwest side doesn't just take handouts, though -- she wrote or co-wrote every song on her debut album, Chain Letter. No one knows yet whether she's got staying power or is a flavor of the month, but right now it's definitely Valentine's day.

When you have a first date with someone, it's best to gather as much information about the person as quickly as possible. A date to the Houston Zoo should teach you plenty in just one visit. You'll get answers to some major questions without having to invest in conversation. For example, you can observe if your date likes kids, animals and the outdoors. Does your potential mate have the patience to deal with crowds and a high-energy scene like the zoo, or will the poor thing get stressed out? Can your arm candy read a map? And if you can't stand even a few hours with the person, remember: It's easy to lose someone in the crowd at the zoo.
Readers' choice: Skyline Bar & Grill

Best Place for a Last Date 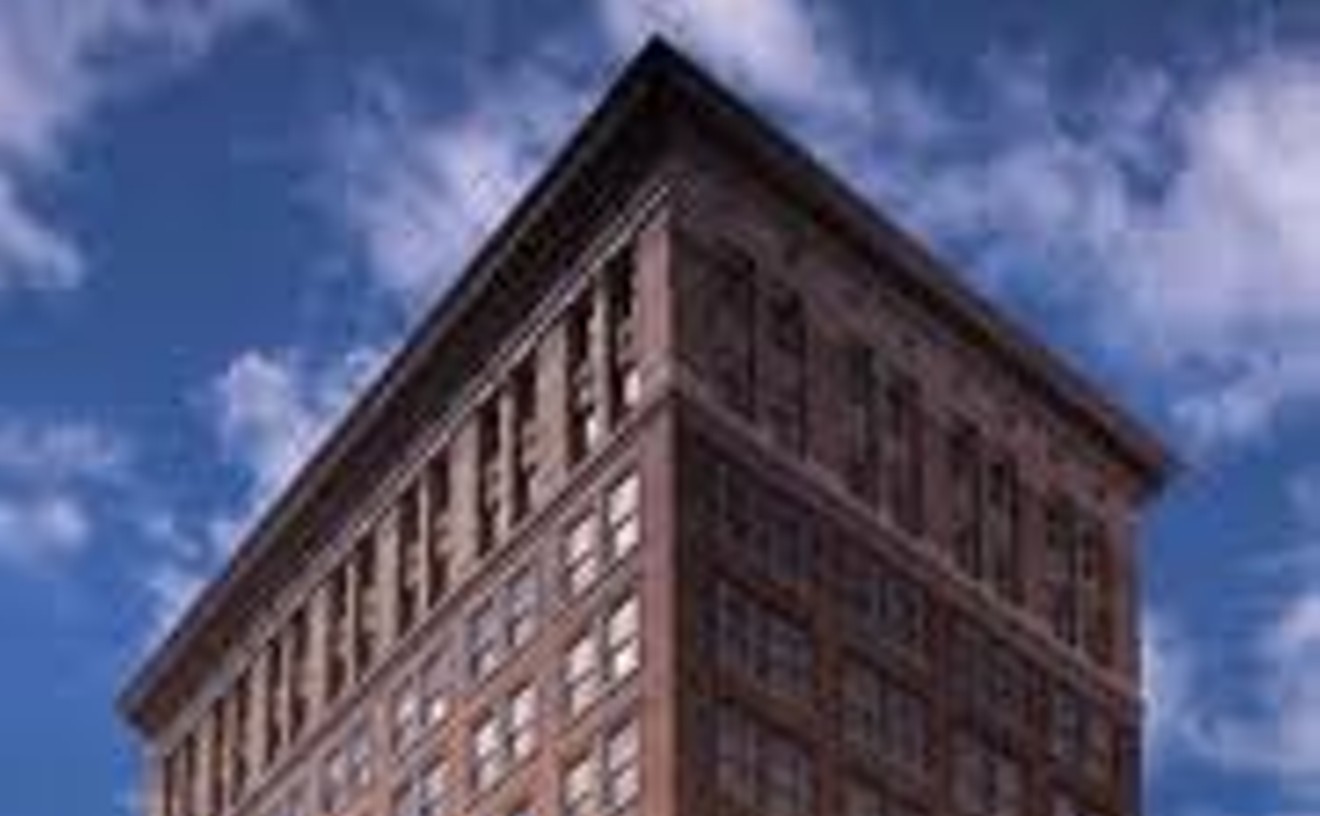 It's terrible to break someone's heart, but sometimes a relationship just isn't meant to be. If you've got dumping to do, make it happen somewhere luxurious. After downing a little liquor at the Whiskey Bar, order your date a delicious lamb chop at Bank -- it will make the bad news easier to swallow. And we're all familiar with how awesome breakup sex is, so lead the dumpee up into one of Hotel Icon's glamorous guest rooms. Good meal, bad news, and one last "special" good-bye.
Readers' choice: Starbucks

In the worst of ways, Talmadge Heflin looked unbeatable: Endorsed by the Houston Chronicle, he'd logged seemingly as many years in the Texas House of Representatives as Palpatine had commanded the Galactic Empire, and the flab in his double chin was exceeded only by the corporate flab in his war chest. Democratic challenger Hubert Vo commanded a fraction of the funds -- and of the English language. Vo had been a refugee from Vietnam-turned-bootstrapping convenience store clerk; a busboy, phone book proofreader and machinist; and a scrappy small-business man-cum-Alief strip mall magnate -- but never a politician. No matter: As the Houston Press predicted, Vo won based on sheer hard work and a sense that Alief needed someone who was in touch with its evolving Asian community. He became the first Vietnamese-American elected to the Texas House, and he proved that democracy can still win in America, even in gerrymandered Texas.

Okay, this is technically cheating, since Barry Scheck is based out of NYC, but screw it: Scheck's Innocence Project helped get two wrongly convicted Texans out of prison last year. One of them was George Rodriguez, a Houston man who served 17 years for allegedly raping a 14-year-old girl. (Since other prisoners consider child-rapists the lowest of the low, we can only wonder what prison was like for him.) Rodriguez was convicted in part by HPD's crime lab magicians -- you know, the guys who admitted to falsifying evidence and lying on the stand. This is the same HPD that tripped over 250 boxes of misplaced evidence two years ago, some of which pertain to capital cases. But Harris County DA Chuck Rosenthal opposed a moratorium on such cases. He told the Senate Criminal Justice Committee in January that he can sleep well at night. Scheck was the sole voice of reason in addressing the committee. Sitting between the two dudes he helped free, he told the committee that, you know, maybe there should be, like, some oversight and accountability and stuff. You know, just an idea. And then we're sure he got the fuck out of Texas.