While Brian Ching was away representing the USA during the World Cup, Dwayne De Rosario proved why he should have been there, too. Of course, the Canadian native would have to play for his own country's team, but still, he should have been there. Instead, the six-year MLS veteran gave a terrific show during nearly every game of the season: He was ejected during a Kansas City game, forcing him to miss the following game against D.C.; he was a finalist for Goal of the Year for his perfect shot midfield against Chicago on August 30; and he was nominated for the 2006 MLS MVP. Oh, and he was a crucial part of the victory against the New England Revolution at the MLS Cup.

Texans love to blow up stuff, and we take serious pride in doing it. Naturally, then, it's important to us to have the best facilities. And when Houstonians feel the need to start shooting, there's no better place to do it than American Shooting Centers. This 563-acre adult playground of a gun range is like Pebble Beach for NRA members and other gun lovers. You can buy a brand-new piece in their pro shop, take lessons on how to use it and, when you're done, take courses to get your concealed handgun license. That way, you can carry your gun like a good red-blooded Texan. 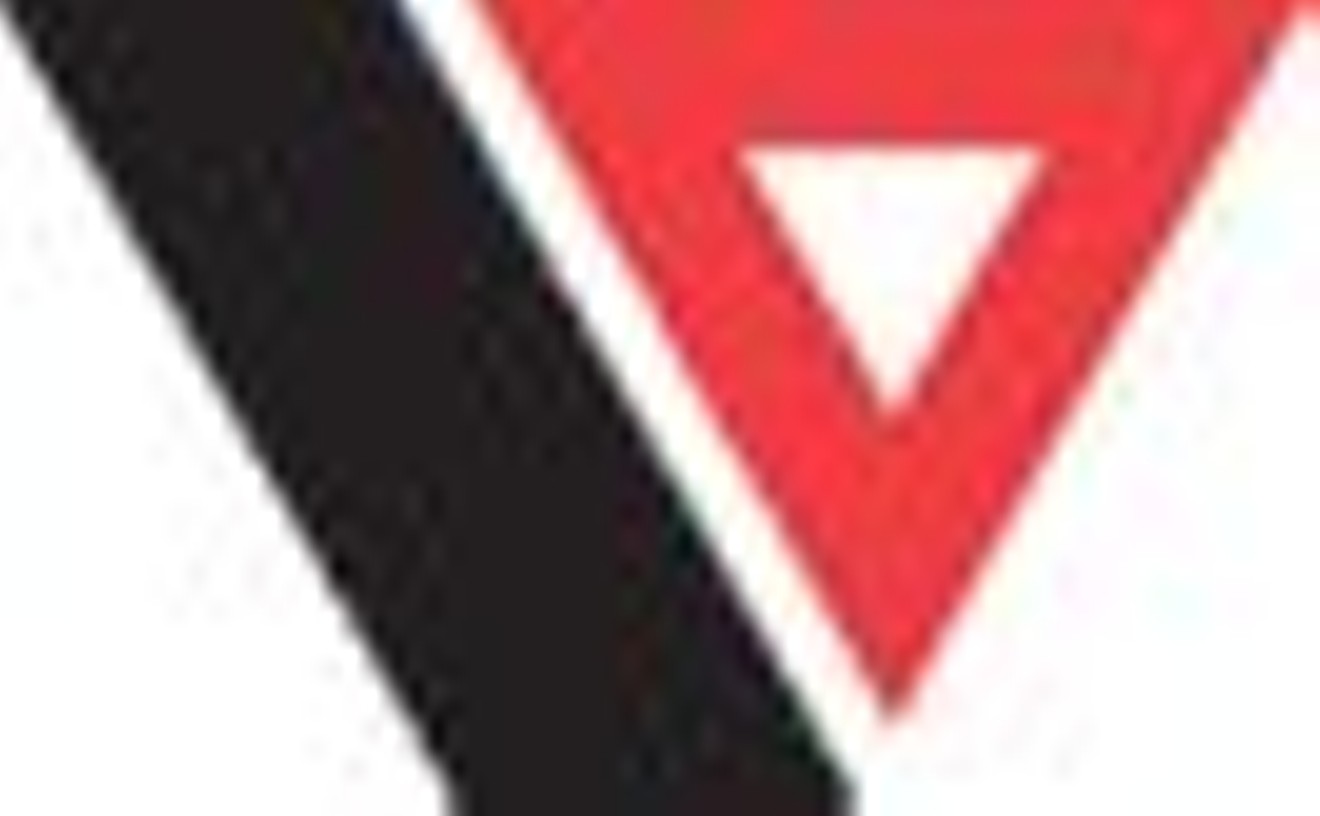 It's fun to stay at the YMCA. It's fun to stay at the YMCA. It's also fun to exercise there, in the no-nonsense weight-machine area downstairs and the austere classroom areas upstairs. This isn't the place to see and be seen. It's a place to work out for real. You can even toss around a medicine ball if you want (and if you actually know what the heck you're supposed to do with one). Young man, take a walk up the street. It's a place there called the YMCA. They can start you back on your way.

DeMeco Ryans was the Texans' second pick in the 2006 NFL draft. If that's news to you, chances are you never got over the team's bizarre decision not to pick Vince Young or Reggie Bush in the first round. Ryans, a linebacker, averaged almost ten tackles a game and wound up as the NFL's Defensive Rookie of the Year, taking the heat off a certain defensive end we'll spare from naming. (Okay, it was Mario Williams, a.k.a. The Guy Picked Instead of Vince or Reggie.) This Alabama native truly was a shining star in what otherwise was a black hole of a season.

Yes, you can still get hot dogs, Frito pie and snow cones at West U Little League's concession stand, but there are also a few more upscale items on the menu. Let's see...How about Thai Spice spring rolls? Check. Beef and chicken fajitas from Skeeter's? Got them too. And yes, there's pizza, and not that DiGiorno fake delivery stuff either — we're talking several varieties of Collina's pie. What's more, the stand is manned by West U parents, which keeps both the prices low and the service delightfully amateurish. What ­Valhalla is to cheap beer, the West U Little-League concession stand is to inexpensive eats.

Houston's best playgrounds — Fire Truck Park and Karl E. Young Park — are set less than two miles apart. Both have the requisite slides, swings, monkey bars and sandpits. But Fire Truck Park, located in Southside Place, has the edge thanks in part to its ultracool, kid-friendly 1935 fire truck. And it boasts an abundance of a certain something that is somehow missing from so many other local kid parks: shade. Sweet, blessed shade.

Bell Park, a tiny slice of green space on Montrose just north of Hermann Park, is both romantic and soothing. A wall of lush, well-kept greenery keeps the traffic out of sight and cuts down on the noise, giving visitors a respite from the busy hustle-bustle of everyday life. Tall trees provide shade, while the soft lawn is a perfect place for spreading out a picnic blanket. There are benches, a few foot paths and a bridge over a tranquil pool, all adding to the peaceful setting. The best thing is that you don't have to drive an hour out of town to find some quiet. Perfectly situated between the Museum District and downtown, Bell Park is just a quick five-minute ride away from downtown and the Medical Center.

Best Place for a Pickup Game

The Fonde Recreation Center, set along the Buffalo Bayou just west of downtown, is the city's premier spot for pickup basketball. Dozens of NBA legends, from Clyde Drexler to Hakeem Olajuwon, have graced the courts, and many of the old-timers still occasionally show up to run the floor. The gym is free and open to the public, but you better bring your A-game. There's also plenty of room on the bleachers for fans looking to be wowed by Houston's best ballers.

Best Place for an After-Work Jog 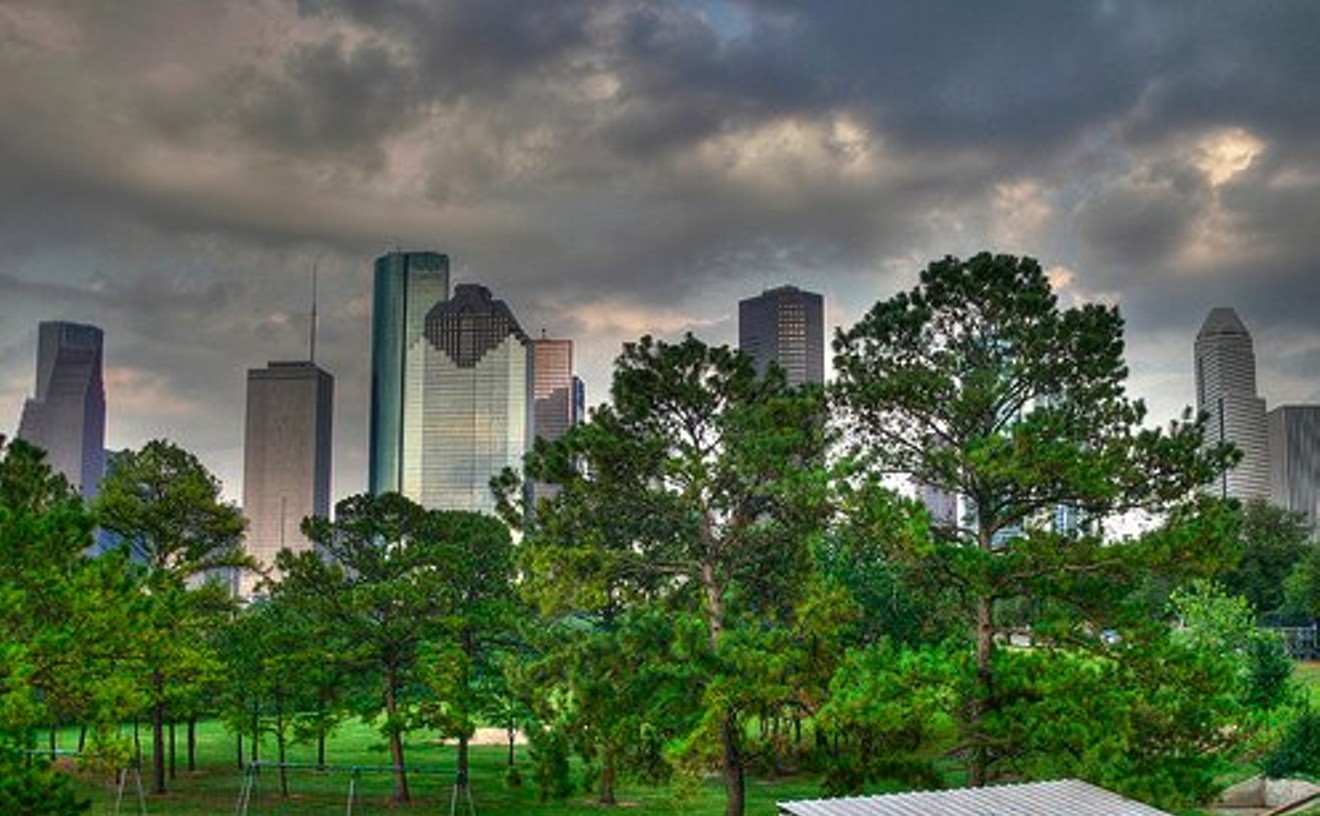 Though it looks like we can't decide which one of these places is best, the truth is their connections make them all winners. The trails running through Buffalo Bayou Art Park, Eleanor Tinsley Park and the Sabine-to-Bagby Promenade allow off-the-jobbers from many locations — including Montrose, Memorial and downtown — a chance to get their jog on without traveling too far. The trails provide plenty of beautiful views of nature, cityscapes and local art. (And by nature we mean forests, not just oak trees along a concrete sidewalk.) The numerous forks in the road make it easy for runners to create paths that are as short or as long as they want. The number of choices also helps deter overcrowding, which allows runners to see the competition (Read: check out the hotties) without feeling like they're jockeying for position in a marathon.

Martial arts schools that teach styles ending with chi or fu far outnumber those that specialize in ones ending with do in Houston. Chalk it up to large Chinese and Vietnamese populations and the better commercial viability of their flashier fighting techniques (the Jackie Chan factor). Those looking to study the Land of the Rising Sun's most sublime style of self-defense can end their search at Diamondback Judo Club. The school has three godans (fifth-degree black belts, for all you mudanshas) on staff and regularly hosts top visiting instructors. (A several-time Iranian champion was once a Diamondback instructor.) Classes are held in a converted industrial garage where there's plenty of room to swoosh your opponent through the air with a hikikomi gaeshi. And there's a thickly padded mat across the floor in case you're on the receiving end.