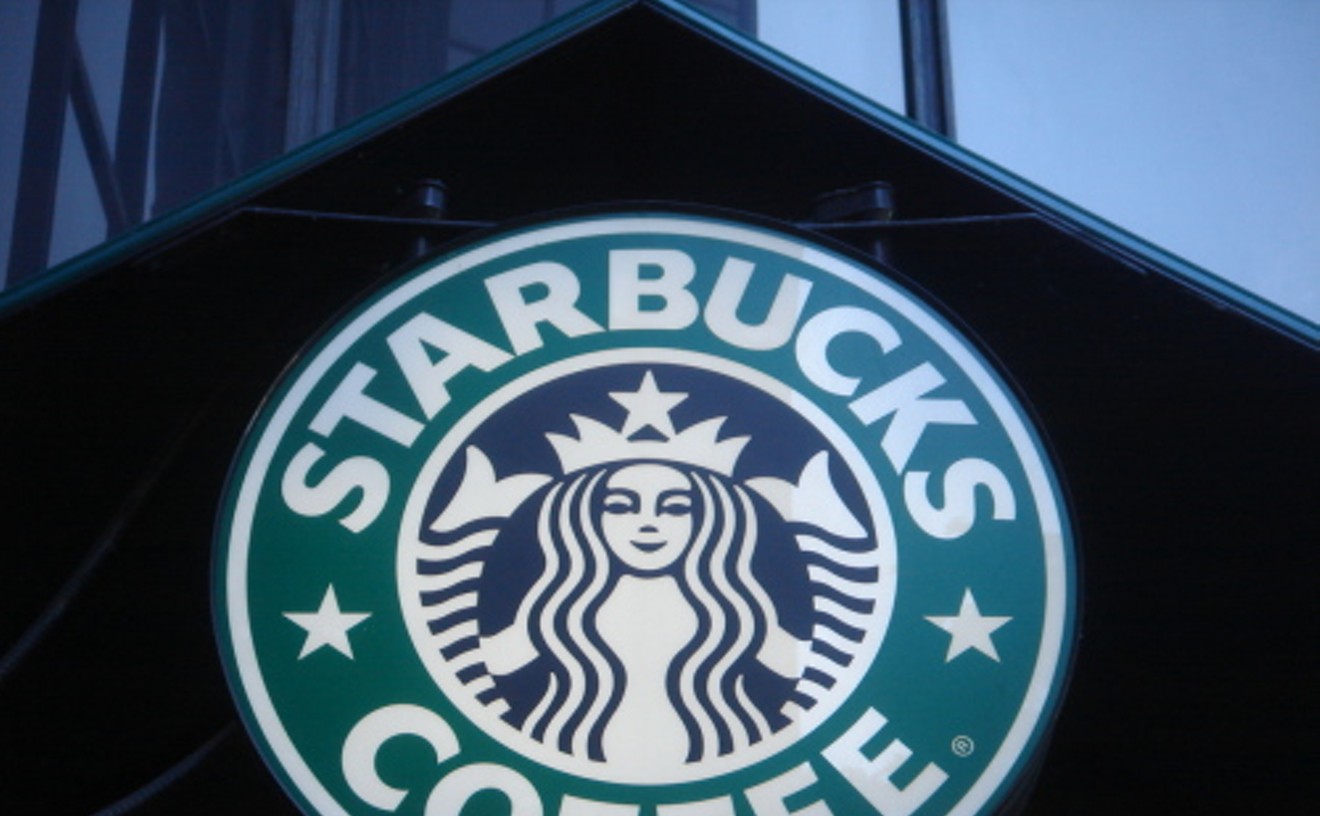 Here's what you do: Take your wallet out of your purse before walking into this Midtown corporate coffee haven. Once inside, order your drink and dig through your purse. "I think I forgot my wallet," you cry, a damsel in distress. Most likely one of the many good-looking, suited types who frequent the location morning and afternoon will come to your rescue. "Oh, thanks so much," you say with a bat of your lashes. You check his finger for a ring — empty. "Please let me make it up to you. Maybe we can meet here for another cup after work?" Presto. If that doesn't do it, then look no further than behind the counter, because this Starbucks stocks as many cuties clad in green aprons as it does coffee beans. Hey, we hear they have full benefits... 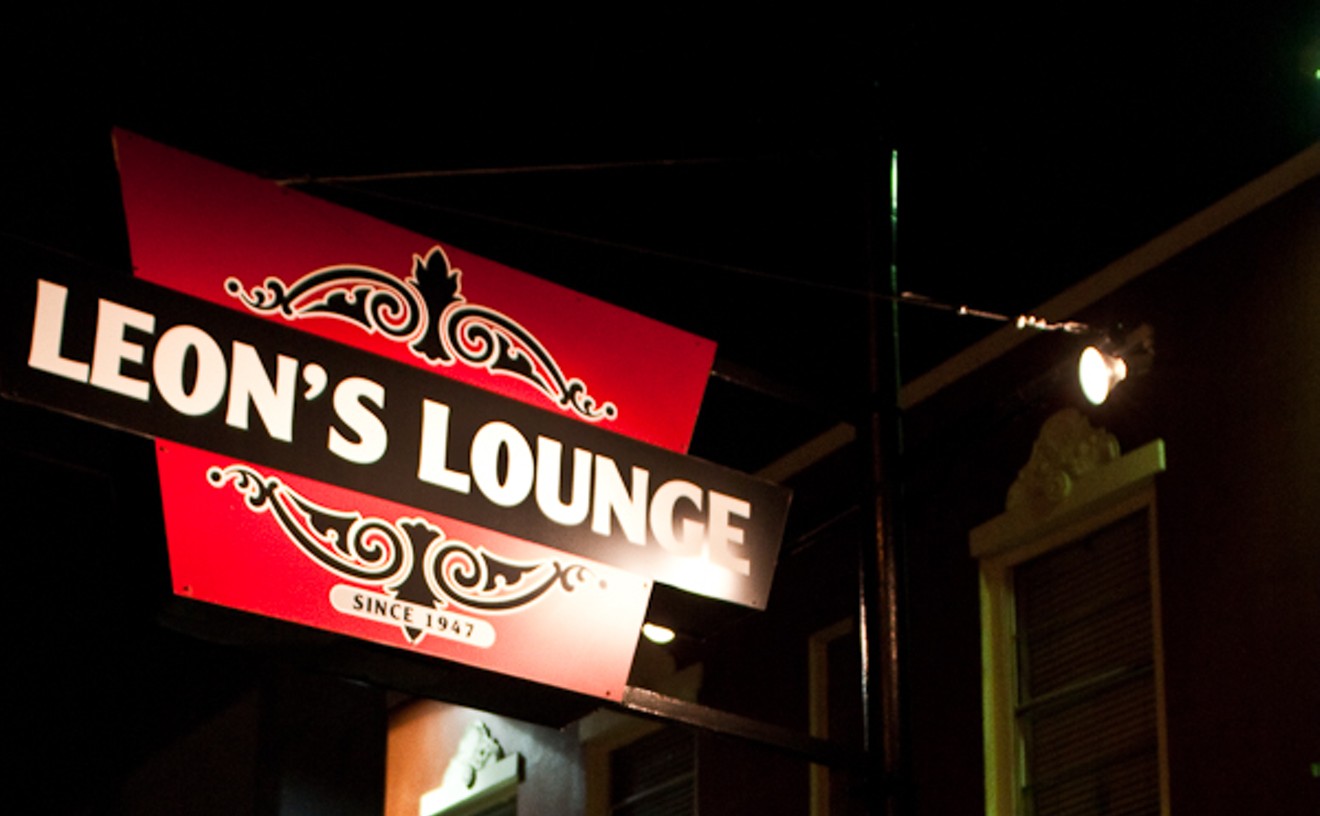 They're cute, dolled up and in cowboy boots — what else could you ask for in Texas? Leon's Lounge's monthly country music installment, Vinyl Ranch, gets all the ladies in a Southern mood. Not only do you get to hear the straight-from-the-phonograph hits of Dolly Parton, Hank Williams, Johnny Cash, Merle Haggard and more, but you also get to peruse a nice selection of tight-jean-wearing, cowboy-hat-sporting dolls wishing for a man to sweep them off their feet and onto Houston's tiniest dance floor. All this night is missing is the perfect way to impress a lady — that's right, a mechanical bull contest.

If you've ever been within a two-block radius of the downtown Greyhound Bus Station, you already know just how interesting this place can be. Operating 24 hours a day, seven days a week, it's where you can always get your people-watching fix. Cultural foreigners and foreigners in the literal sense of the word, bohemian types and people just passing through — you get it all. Best of all, it's not like the airport, where you have to have a ticket to get into the terminal. This is an all-access people-watching mecca.

The business of Houston has always been business, and while the world knows us as an oil town, real estate is where it's at. Ever since Houston's founding by the Allen Brothers, this city has been all about the art of the deal, Donald Trump style. What we've been lacking until recently is coverage of this industry with the sort of intelligence, snark and panache that Swamplot.com brings to the table. Whether rattling off the latest wrecking-ball casualties in their Daily Demolition Report, leaking renderings of upcoming projects for the ridicule or acclaim of the city's architecture buffs or posting photos of random interiors and having readers guess the home's locale, Swamplot covers Houston real estate with consummate humor and a wicked sense of fun. And like they say, "Swamplot didn't flood during Allison. Honest!"

Radio is still an art at this 56-year-old institution. The oldest black radio station in Texas has ignored the streamlining so rampant elsewhere in the industry, so the station is all-local, all-the-time. Weekday mornings, 26-year-vet Michael Harris helms current affairs show "Person to Person"; afternoons are given over to the real-life moral dilemma dramas of Wash Allen's "Confessions" and Don Sam's soul, blues and zydeco oldies. Evenings bring Ralph Cooper's highly Houston-centric sports talk and plenty of grown-folks' music. As if all that were not enough, Mister Misty's stroke of midnight weekend performances are masterpieces of old-school radio theatrics.

This show is so obscure it's not listed on KCOH's Web site, and station representatives gave us the name of a different Dr. Watkins when we asked who hosted the show. In fact, they weren't really sure of the show's name, either, probably because it's a mouthful. But if you tune in Sundays from 6 to 7 p.m., you will hear some awesome old-school radio. Now in his seventies, Watkins has a gentle, soothing voice that appeals to his core audience, which appears to be African-American senior ­citizens. The other week, his cousin Julius called in with a question about how to get his local Walgreens to carry a certain type of foot powder, and they had a brief conversation like they weren't even on the air. Watkins told Julius to call him at home after the show. He also spent a good deal of that broadcast apologizing for using the word "pee." Chances are, you aren't suffering from any old-people ailments, but that doesn't mean you won't love this show.

It took two years and $17 million, but Houston finally has its downtown library back. Was it worth the wait? Not for some purists, maybe, who have carped that the place no longer seems as book-centric as a library should be. But the rest of us can revel in the wider, airier aisles, the coffee bar, the Wii room, everything the planners have done to get more people into the building. You can still find any book you want; you just have to dodge a little more of modern life while doing it. A good trade.

Pedro Rojas, weekend anchor for Univisión Channel 45, is more than just a pretty face. Yep, he's tall, dark and handsome (with a seriously bright white smile), but he's also a talented, experienced anchorman and reporter. Rojas has built a reputation as a caring and professional journalist, one who's willing to go the extra mile to get the story behind the story. He brings the same attitude to the smallest story as he does the biggest, making sure his audience gets the best information every time. Over the last four years with Univisión, he has covered disasters, politics, crime and the economy for Houston's Hispanic community in one of the top-rated news broadcasts in the city.

Best Start By a New Boss 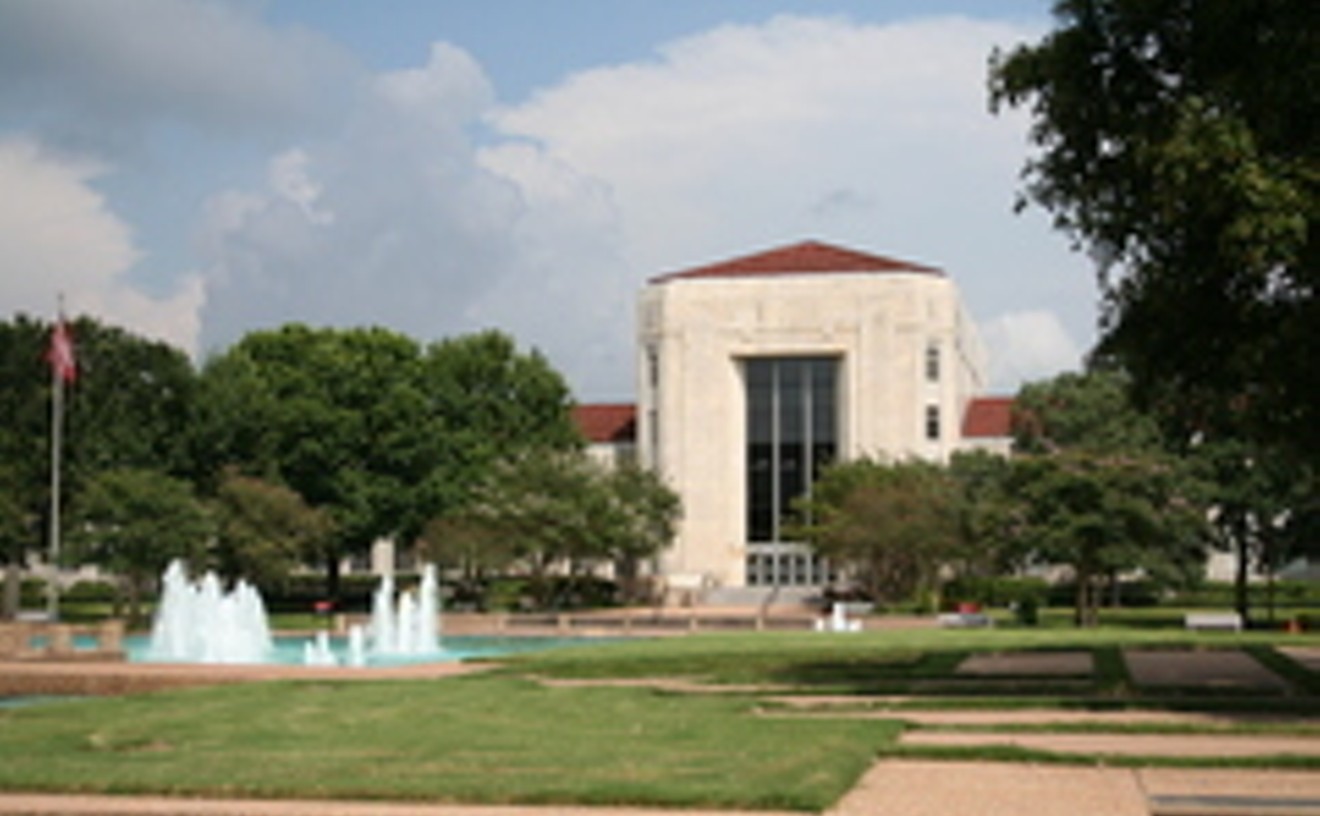 Being the president of UH, and chancellor of the UH System, ain't easy. There are lots and lots of different constituencies demanding time, attention and money. But ever since she took on the task in January, Renu Khator has been getting effusive praise from students, faculty and other Cougars for her openness, frank talk and energy. She's visited parts of the campus that never have been seen by the top brass. She has bold plans to make UH into a top-tier university. Whether she can pull it off remains to be seen, but rarely, if ever, has a UH president started the job with such an impressive stretch.

In John McPhee's story about truckers, driver Don Ainsworth talks about truck-stop bathrooms: "You can take a prom date to a Petro." You probably shouldn't take a prom date to the bathroom at the Texas Truck Stop, but for a lot lizzard, it's just about right. The bathroom is tucked in the rear of the store, past the video slots and through the storage room. The black magic marker on the hand dryer is a truck-stop cliché, but there's a shower in the bathroom that's just not right. Most of the "messages" have been scrubbed from the walls, but you can still score some numbers to call if you're looking for a good time.