Okay, so Rafer Alston may be Houston's contribution to the bad boys of the NBA after a pair of run-ins with the cops last August. He was charged with public intoxication and assault in Space City, and then charged with stabbing a man at a Manhattan nightspot. But in an issue dedicated to sin, that just means "Skip" rises to the top of the list. And anyway, there's no doubt that the Rockets' season would have been even more disappointing without the three-point bombing, 6-foot 2-inch guard. Remember, without him during games 1 and 2 in the playoffs against Utah, the team dropped both contests. But with him at the helm, the Rockets tore through the league, firing off a historic 22-game winning streak, all without All-Star center Yao Ming on the floor.

Houston, it's about damn time this happened. Though there've been other public skateparks, the Lee and Joe Jamail Skatepark is the very first City of Houston public skatepark, and people couldn't be more excited. And by all accounts they should be. The new concrete beast that locals now get to shred at is a colossal 30,000 square feet of rails, pools and stairs. It also includes a 20-foot cradle that may seem over the top to some, but hey, if you're going to build a skatepark in Texas, you might as well build it like everything else here. Bigger and better than anything else, this place is the Astrodome of skateparks.

Todd Graham did the miraculous in 2006:  He led the Rice Owl football team to its first bowl game in 45 years. He got a raise and a contract extension, and then he split the beautiful Rice campus for the University of Tulsa's Golden Hurricane football team. Last season, Graham returned to Rice Stadium and The Marching Owl Band (The MOB) showed Graham their appreciation, performing a halftime show called Todd Graham's Inferno, which ended with his being called a douchebag. The Tulsa athletic director complained to Conference USA about The MOB's lack of sportsmanship, and The MOB's band director later apologized. But the point had been made: The entire country now knows that Todd Graham is a douchebag.

Erudition, calm conversation — these are ­generally not attributes associated with sports-talk radio. Mindless blather, yes; pathetic "guy talk," sure; but intelligent, fact-based discourse, no. Unless you're listening to Charlie Pallilo on 790-AM. He leaves the screaming to the other stations (and in Houston, there are plenty of other sports-talk ­stations). He'll argue with fans and call an idiotic trade proposal an idiotic trade proposal, but he'll do it without the macho bluster and frat-boy crassness that so much of sports radio has become. Now if he could just get the Astros' farm system to stink less.

One runs out of words to describe the voice of Bob Ford. Deep and booming are just too cliché. But it's fair to say that the Minute Maid Park sound system isn't needed to hear Ford in the deepest of center-field seats. He doesn't cheer. He doesn't shout. He just uses his majestic voice to relay the lineups or the batter. And there's no better sense of being at a baseball game than when Ford welcomes the crowd to Minute Maid Park. He's not just the best stadium announcer in baseball; he's also the best stadium announcer in all of professional sports. Perhaps that's why his voice can be heard on TV spots for the Fox Sports Net affiliates throughout the country.

The Houston Texans' defense has not always been a joyful thing to behold, unless you like suckage. But that could be quickly changing, in no small part thanks to aggressive, smart, talented players like linebacker DeMeco ­Ryans. NFL Rookie of the Year in 2006, he made the Pro Bowl the following year and in 2008 he's been anointed as the leader of the Texans' D. He'll be the guy wearing the radio headset in the helmet that previously only QBs could wear. Ryans came from the University of Alabama with a sterling reputation (off the field, too; he graduated in just seven semesters). Everything he's done so far in Houston has shown the reputation was well-­deserved.

Whether you want to bird, hike or fish, you can do it at Matagorda Bay Nature Park. And while it's definitely wilderness, the 1,600-acre park has plenty of amenities. Butterflies stop in Matagorda Bay from September through November, while the January and February skies are full of birds. (More than 250 varieties have been counted in a single day, but some 300-plus species call the bay home.) There are plenty of walking paths dotted with picnic tables and wildlife-watching stations. The Nature Preserve sports four free public piers. You can kayak along the park's course or swim in the Gulf, picnic in the dunes or have a cookout. And you have your choice of accommodations, from tent camping on the beach (how very Beach Blanket Bingo!) to an RV park, or nearby motels and bed-and-breakfasts. 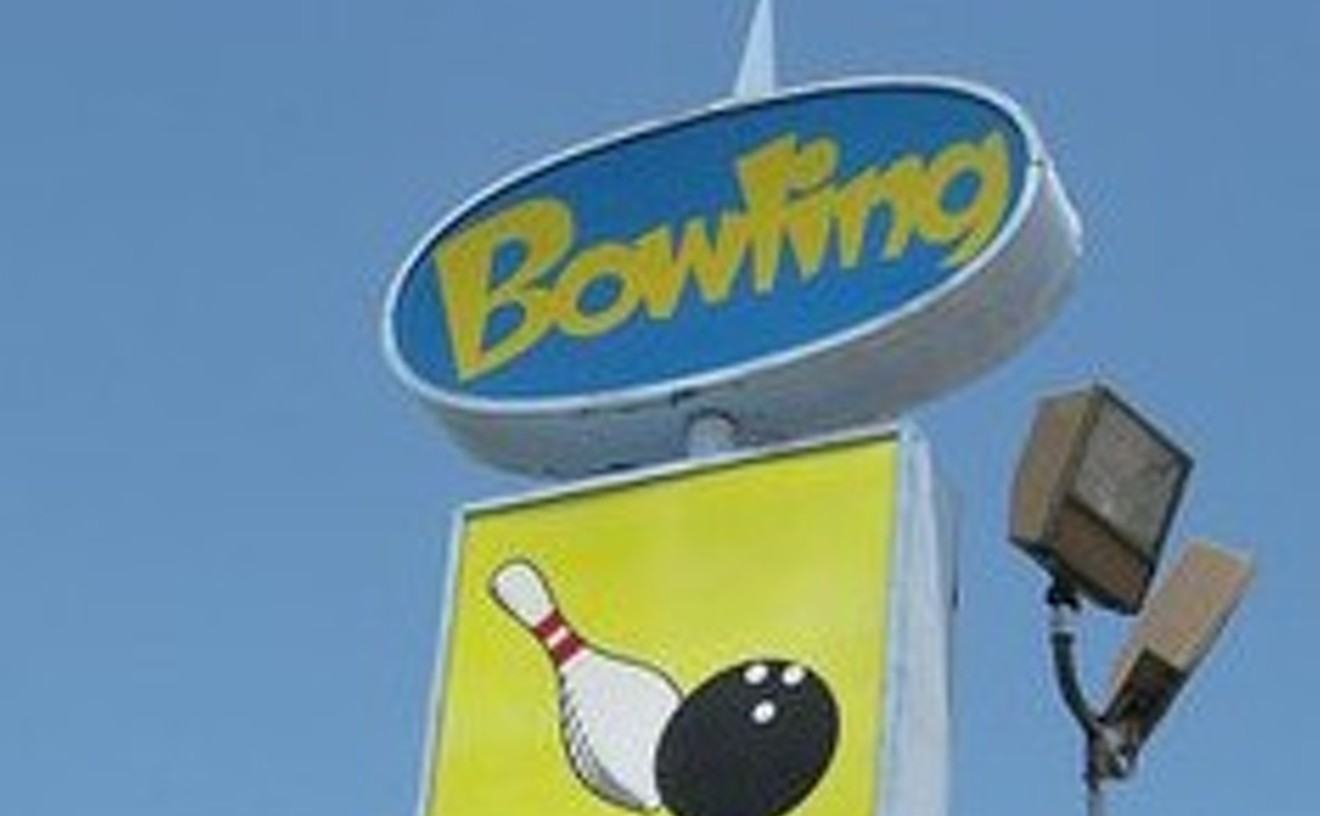 They're not only a bowling palace but also a pleasure palace, depending on your vice. Complete with all the basics, including digital scoring and a full snack bar and grill, they open up at 8 a.m. daily so you can get your roll on first thing in the morning. However, this place also boasts one of the most delightfully sinful bars in the city. Why? Because you can smoke in there. Completely sealed off from the bowling alley behind large panes of glass, this dark-wood-paneled bar takes you back to a time when the lanes were decadent smoke-filled dens packed with blue-collar men and women looking to blow off a little steam.