Chinese Uyghurs in the far western Xinjiang province were much in the news this year. So we are venturing beyond the usual Hong Kong, Hunan and Sichuan recommendations in favor of Chinese Halal Cuisine on Bellaire. Uyghur fare, with its strong cumin aromas and extensive use of lamb, borrows from the Muslim recipes of neighboring Mongolia, Russia, Afghanistan and Pakistan. The halal version of Chinese food has become enormously popular on the Indian subcontinent. In fact, the Indian and Pakistani version of halal Chinese food is better known in most of the world than the Chinese original. Chinese Halal Cuisine on Bellaire is the first authentically Chinese halal restaurant in Houston. Try the black fungus salad and the Xin Jiang Special Lamb. Try the lamb hearts, livers and kidneys, if you dare — the Chinese version of halal food is a little wilder than the version from Bombay we are used to getting in Houston.

It may not be the healthiest salad out there, but it's certainly one of the tastiest and most famous. As legend has it, the Cobb salad was created in 1937 at the Brown Derby in Hollywood when its owner Bob Cobb was hungry one night and tossed a pile of leftovers into a bowl. It was a combo of ingredients that soon swept the nation. And the folks at the Daily Review Cafe do Mr. Cobb proud. A huge platter is stacked high with chopped lettuce, tomatoes, bacon, hard-boiled eggs, chicken and luscious hunks of avocado, all topped with a creamy dressing. Served as an entrée, it's an excellent version of the American classic. 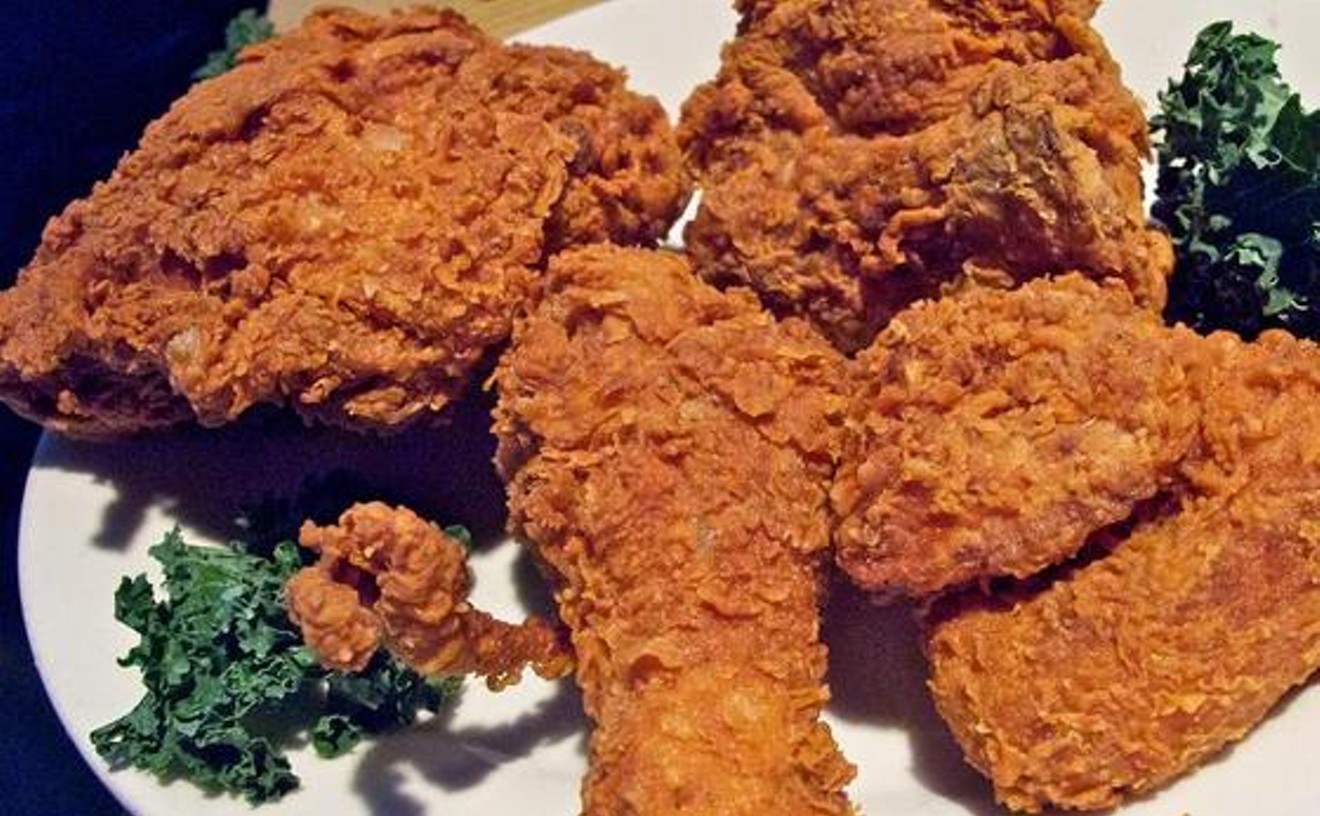 Barbecue Inn has been a Houston favorite since the 1940s, and most of the waitresses appear to have been there just as long. The food itself is long on comfort — the same hearty and delicious chicken-fried steaks and fried shrimp platters that have sustained families eating there after church or Little League games are still on offer — but so is the restaurant itself, from the clucking waitresses to the rotary phone hanging from the dark, wood-paneled wall near the front door. Despite the name, barbecue is not the thing to order here. Stick with the old-school salads and their homemade dressings, loaded baked potatoes and fantastically creamy cheesecake, and you'll feel like you're right back at Grandma's kitchen table.

Owned by a former shrimp and crab fisherman from Seadrift, the Boiling Crab is the most popular crawfish restaurant in Houston and part of a new wave of Vietnamese-style crawfish restaurants that are popping up all over the Little Saigon neighborhood. The first location was opened in Southern California in 2003. There are now several Boiling Crabs in California, one in Dallas and one in Houston. The Vietnamese-Cajun crawfish are boiled and then tossed with mild, medium, spicy or extra-spicy seasoning mixture after they come out of the pot. Then the crawdaddies are placed in plastic bags with the additional flavor you select. Choose from garlic butter, lemon pepper, Cajun or a blend of all three called "The Whole Shebang." You get a bag of crawfish in a thick, spicy goo of orange grease and zesty sauce that tastes delicious and coats everything it touches. 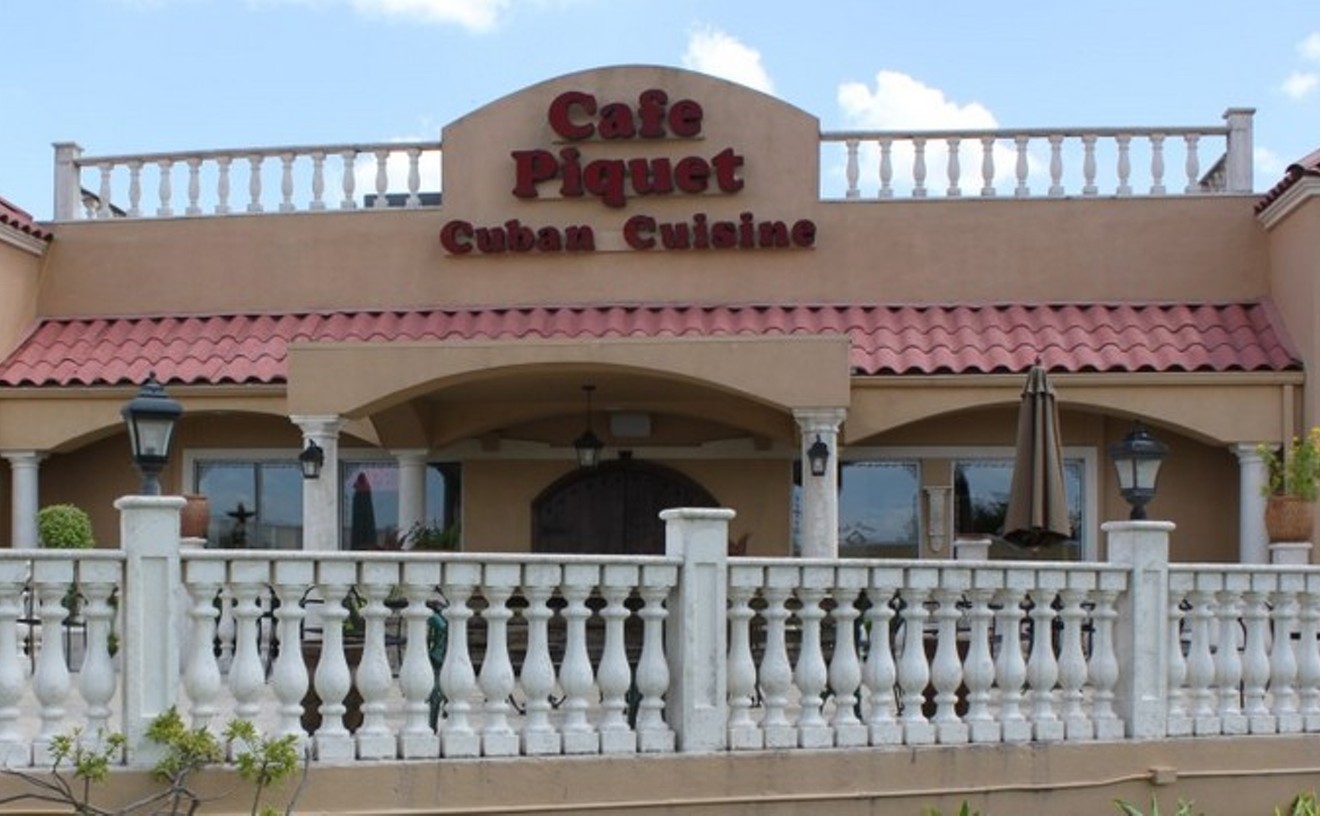 It's always a good sign at a Cuban restaurant when you see actual Cubans eating there. And Cafe Piquet certainly passes the test. Located just west of the 610 Loop, this cafe boasts a large stone patio area and a warm wood and stone interior with photos of Cuban movie stars and the island's landscape along the walls. As natives chatter away at the bar over cups of Cuban coffee, order up a plate of sweet fried plantains and a Cuban sandwich, easily the best in the city. The pressed bread is toasted on the outside and moist on the inside, the pork is tender, the ham is thinly sliced and the cheese holds it all together for the perfect bite. Ask for a pickle and yellow mustard on the sandwich, and you'll keep coming back for more. 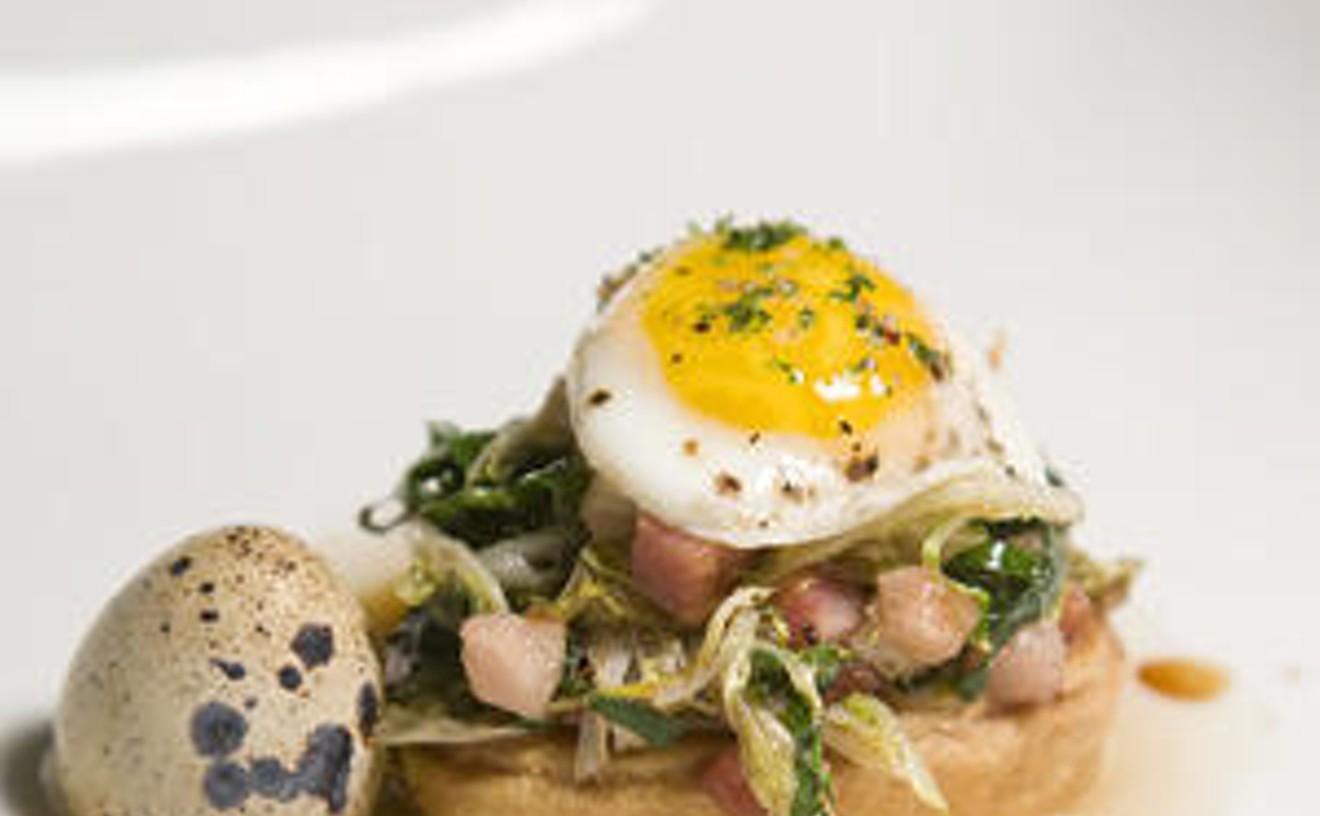 While the kitchen can be uneven at Textile, one thing here is always phenomenal: dessert. Under the direction of young pastry chef Plinio Sandalio, the whimsical and utterly beguiling desserts at Textile satisfy a range of palates, from the traditional (a bold chocolate torchon) to the adventurous (sweet potato beignets with bacon ice cream, or pound cake with apple butter and blue cheese ice cream). Sandalio does double duty as the pastry chef at Gravitas (both are owned by Textile's chef, Scott Tycer), but it's his inventive work at Textile that outshines the desserts at any other restaurant in Houston. He's currently experimenting with Pisco sours lined with Pop Rocks and a fried chicken ice cream made with roasted chicken bone stock and Guajillo honey, a dish that's at once savory, sweet and staggeringly delicious. 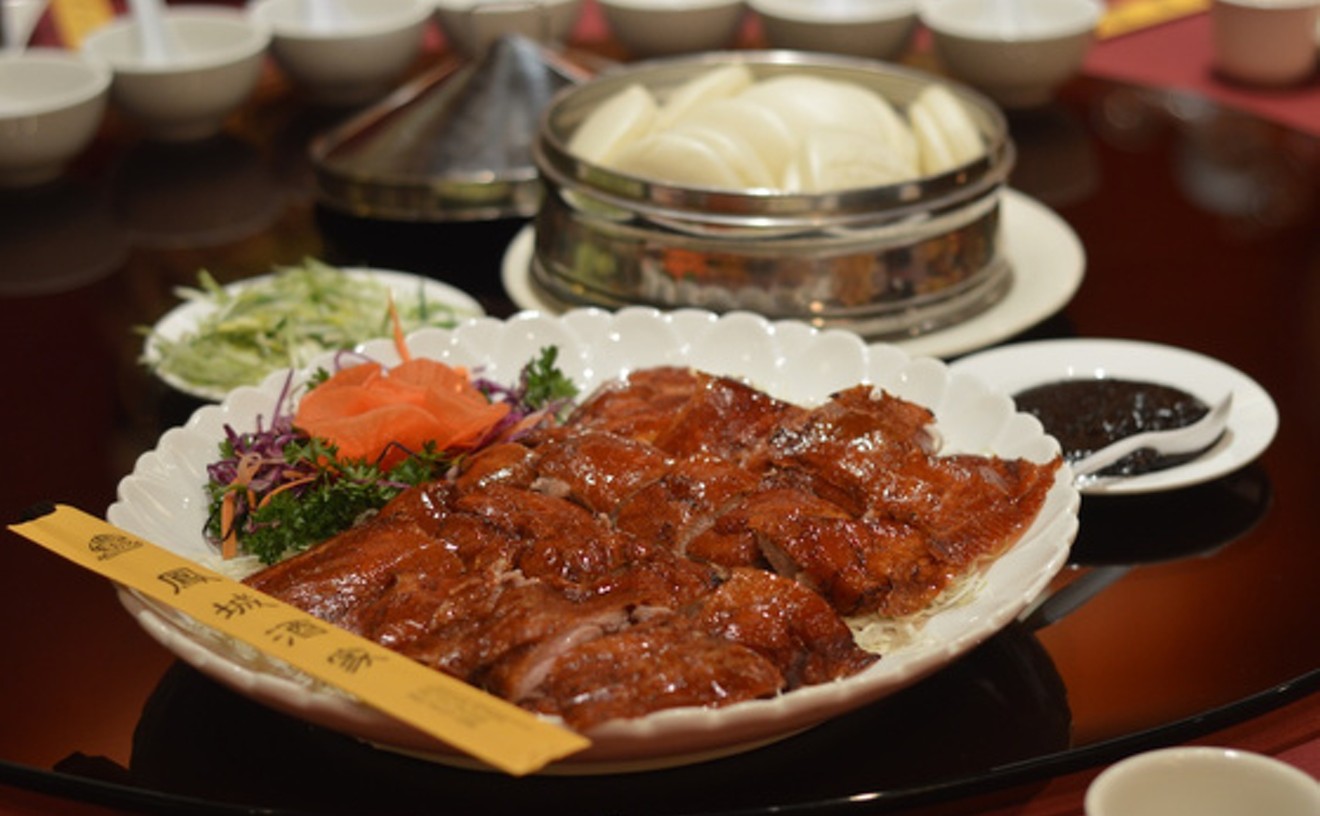 At Fung's Kitchen, the dumplings are fresher, the seaweed is crunchier and you can get signature killed-to-order seafood items like scallops in their shells straight from the aquarium during dim sum service. You might do a double take when you walk in the door — if it looks like the restaurant has gotten bigger, it has. Cleverly disguised within the red fabric and golden dragon decorations on the wall at one end of the dining room, there is a set of doors that roll back into the wall revealing an identical dining room beyond. And in that dining room there's another wall and another set of doors. During dim sum service on the weekends, the dining room is expanded to its full capacity these days. Chef and owner Hoi Fung comes from a long line of Hong Kong chefs. And Hong Kong is the capital of dim sum. 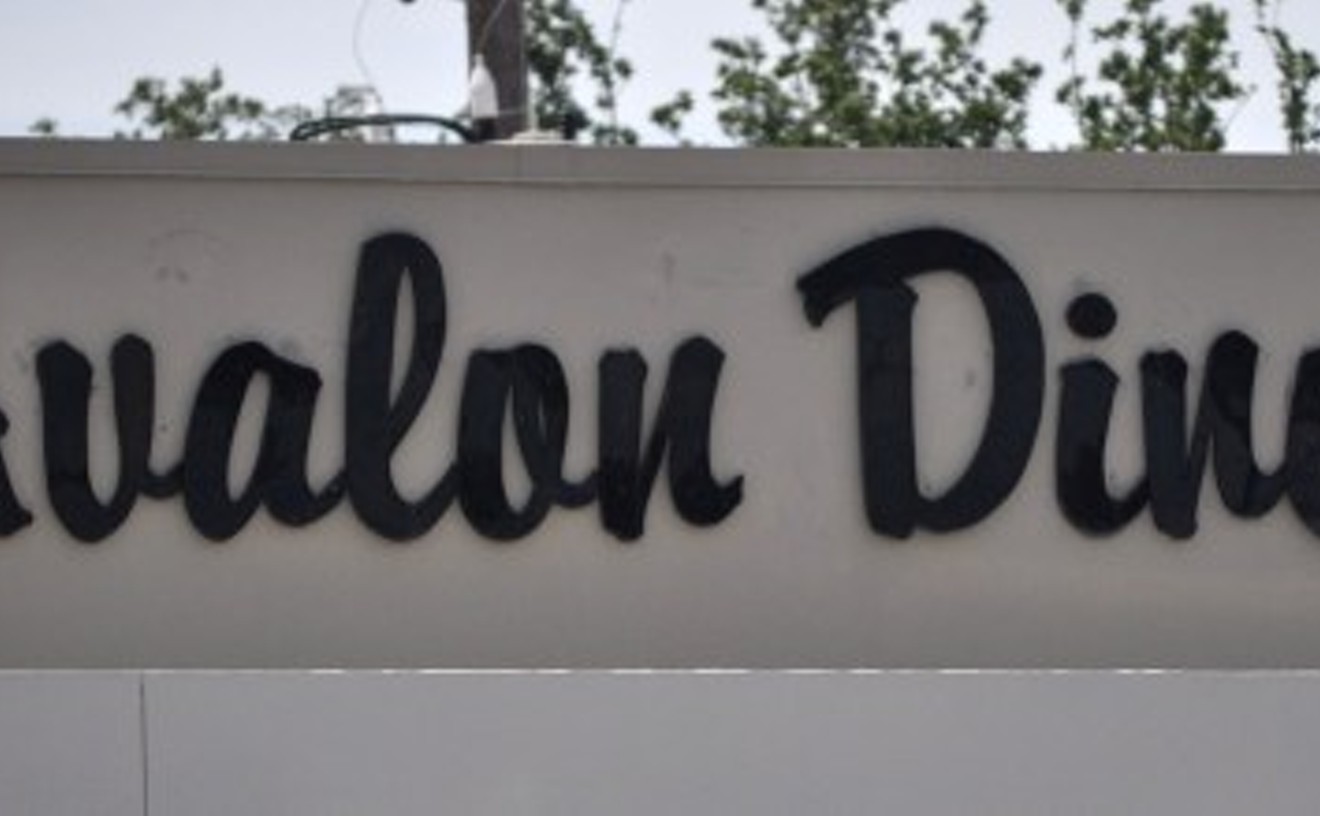 Even though it's difficult to shake the newness of the new location (which is not so very new anymore), Avalon Diner is still serving up some of the best greasy-spoon food in the city. The place is usually filled with regulars, and the waitstaff has been there for ages. There's something for every diner craving — from Blue Plate Special comfort food to arterially challenging breakfast staples. The chocolate malt is so divine that, according to one customer, it "hits you in the back of your throat and gives you the right pop and itch." The lure of breakfast food all day long is reason enough to stop by and check out this Houston classic. 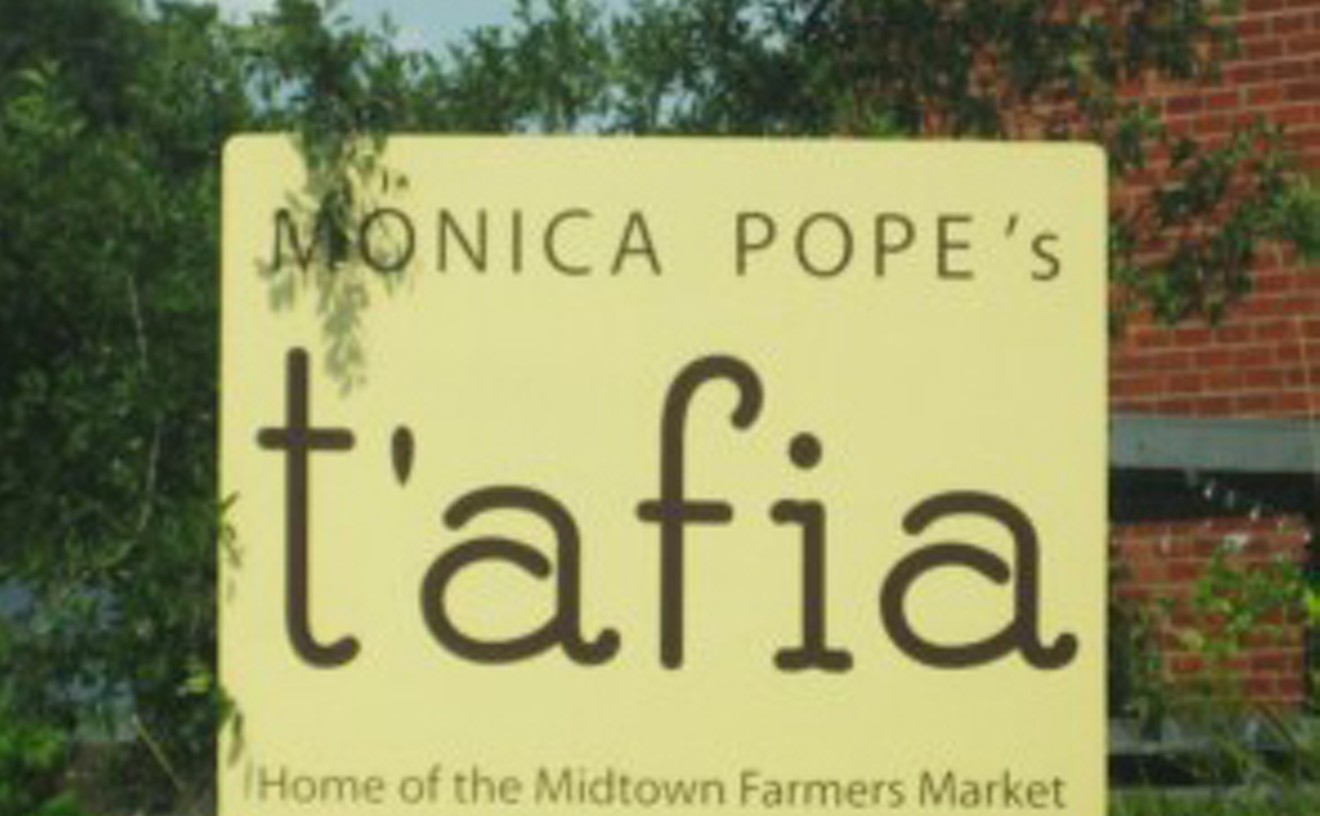 Sure, you can get a drink special at any old bar in town. But only t'afia's drink specials are made with seasonal, organic produce and Texas wine. And only t'afia's drink specials come with complimentary appetizers from one of the best kitchens in the city. Tuesdays through Thursdays, you can relax in the cool confines of its modern bar or shaded patio and enjoy a drink from the menu of decidedly hip and retro cocktails — like champagne drinks made with Tito's vodka – or ratafias, fortified wine drinks made with local produce. Those days, with the purchase of any cocktail, an appetizer such as mini bison burgers, tuna sashimi or chocolate truffles is gratis. The menu changes with the seasons, so you can be sure you're always getting the freshest and most inventive tastes in town. 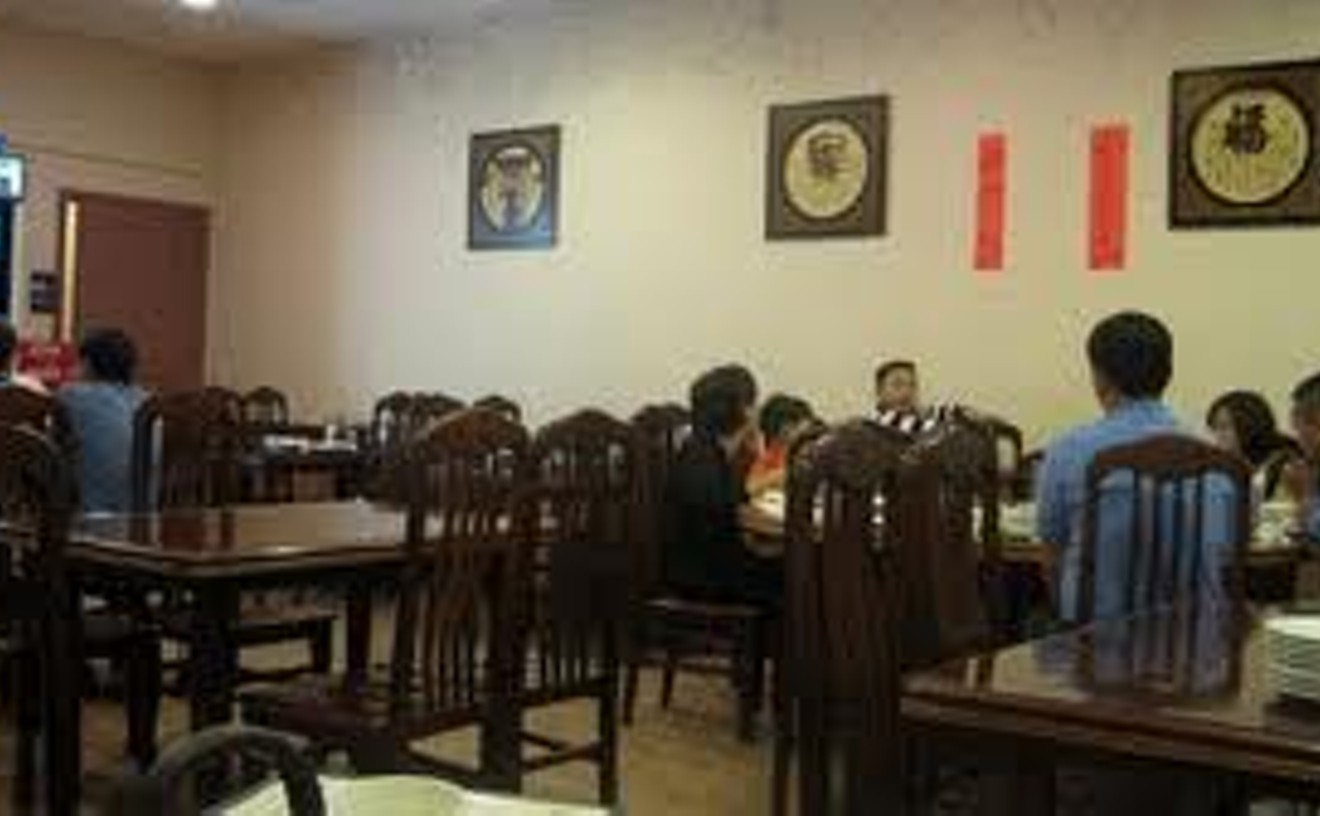 What QQ Cuisine (also called "Chinese Cuisine" on the signage out front) lacks in customer service — and it lacks in that area quite a bit — it more than makes up for in food. Often dismissed in the face of its more popular next-door neighbor, Fu Fu Cafe, QQ rewards those who brave the rather dingy interior and distant, obtuse waitstaff with divine flat rice noodles, twice-cooked pork and panfried dumplings. Not to be confused with soup dumplings (despite their similar appearance), these doughy little pillows are sprinkled with black and white sesame seeds and served with a crusty, crispy bottom that makes biting into them a pure pleasure. The savory pork filling rivals any soup dumpling in town. And at six to a plate, they make a fine meal in and of themselves.