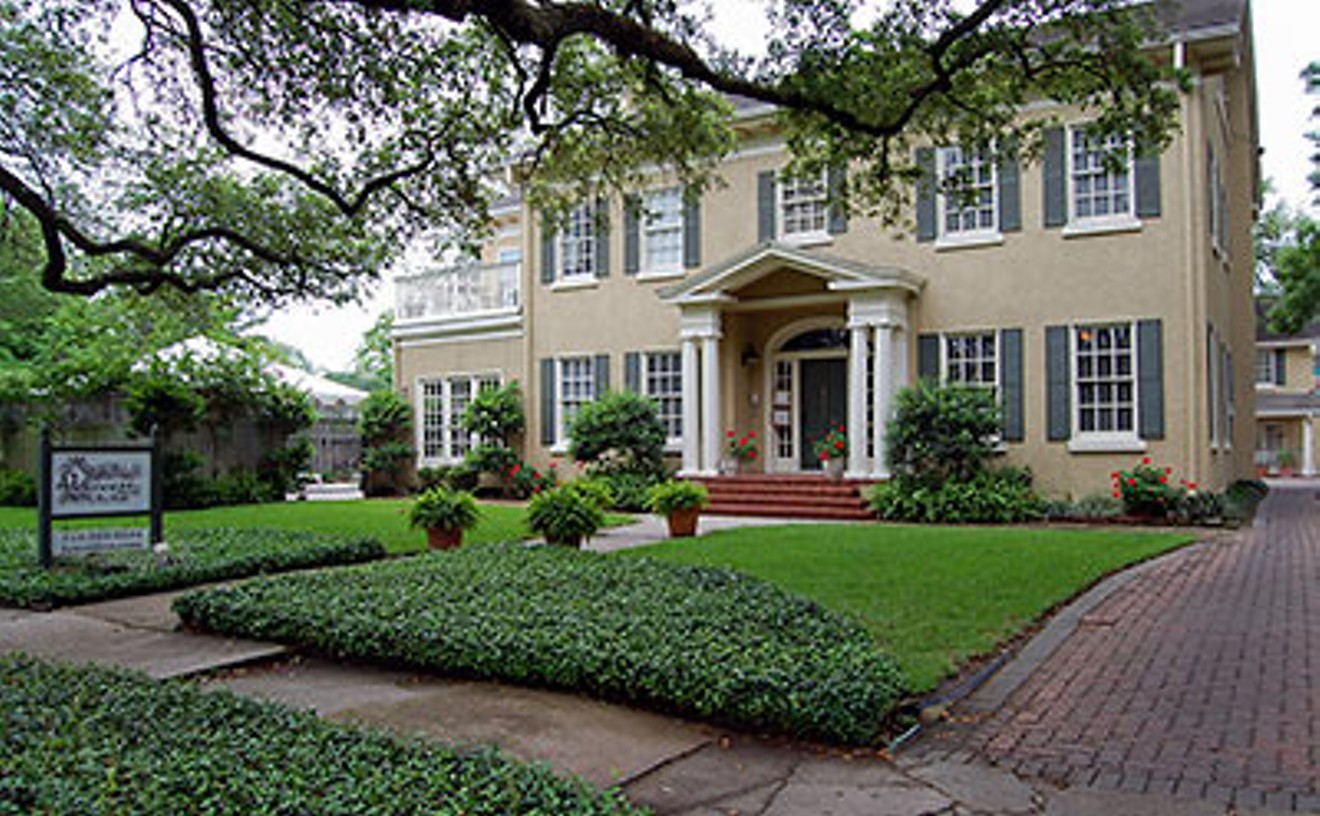 Sadly, there is no magic wellspring or font of clean air to breathe in Houston. Ozone can be anywhere, from the Ship Channel to Katy to the Galleria. The toxins belched up by the scores of petrochemical plants and refineries that dominate the area are impossible to escape nearby. "Everywhere you turn in Houston proper," says Matthew Tejada, executive director of Air Alliance Houston, "there is going to be some source or pattern nearby that contaminates the air. The best place to breathe clean air in Houston is away from Houston." With that, Tejada recommends heading down to Bolivar Peninsula, about a two-hour drive, to suck on some of what they've got. At least it's by the shore, so there's a chance a gust of the good stuff might come your way. 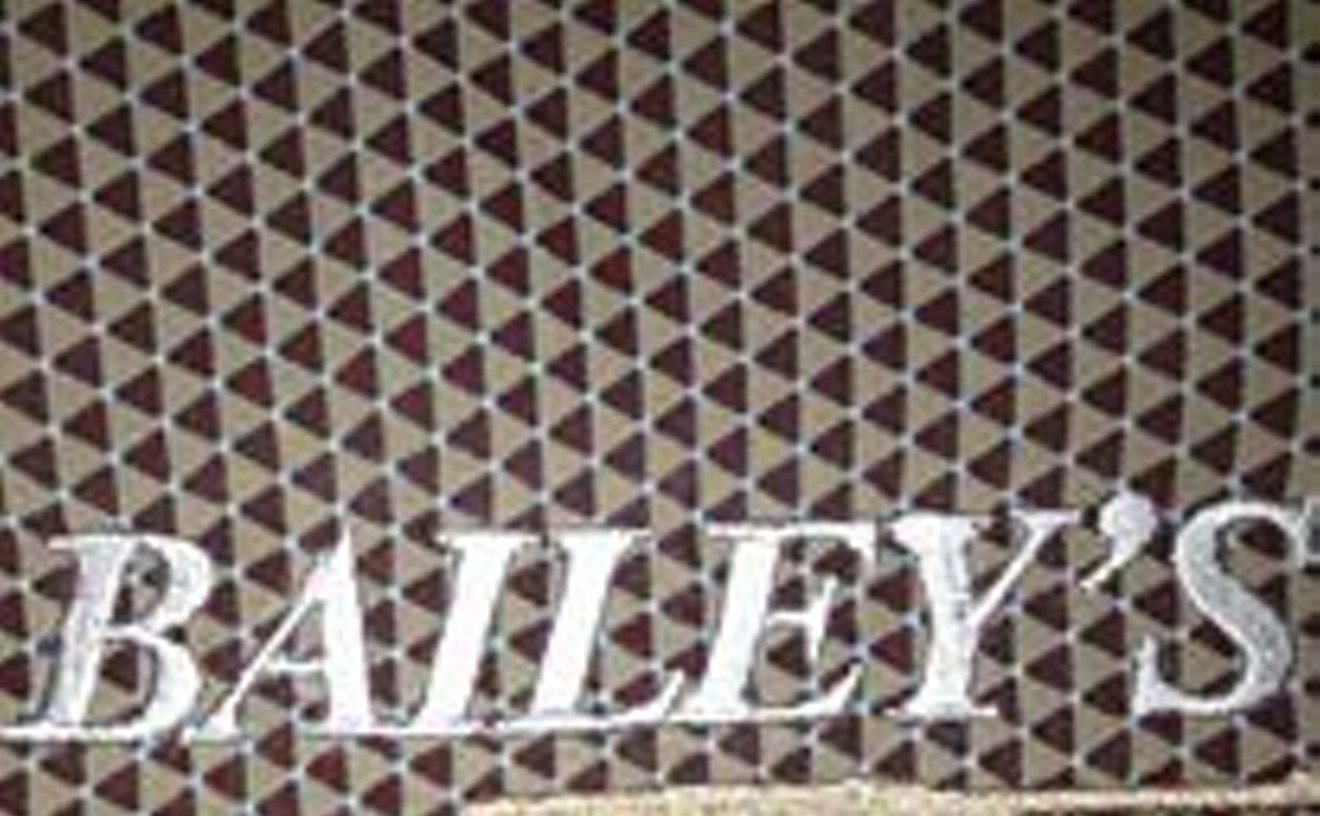 Whether you're shooting your old family-heirloom deer rifle or just squeezing off some rounds with your new .380, Bailey's House of Guns will make any gun enthusiast feel at home. Located south just off Almeda Road, Bailey's is a family-run institution. The range shop is filled with massive stuffed beasts and loaded to the gills with any accessory you may ever need, be it ammo, carrying cases or other tactical gear. Saturdays and Sundays bring parents learning the basics of marksmanship, with children and older kids showing off their shiny new lethal toys. Just be sure to listen and be cool with the range instructors, seeing that they have your life in their hands.

The Texans have a lot of "usual suspects" when it comes to this annual award, but this year we're making a bit of a stretch. Receiver David Anderson will probably never be an All-Pro, unless a really, really widespread rash of injuries strikes the NFL. But what other footballer would celebrate one of his rare touchdowns by doing Conan O'Brien's string dance? Anderson has shown a sense of humor and a willingness to mix it up with the media, and with fans via Twitter and Facebook. His Twitter account has this self-description: "Getting paid to do what I did in HS and I'm not talking about getting Bs and losing my virginity." Works for us.

Earl Mitchell, a third-round pick for the Houston Texans, is one happy defensive lineman: He gets to play in the NFL in his own hometown. Mitchell went to North Shore High before heading to the University of Arizona, and now he's back as a third-round pick for the Texans. "Being able to play here is a fulfilled dream," he said upon being chosen. Head coach Gary Kubiak expects big things from the agile Mitchell, and the Texans' DL has underperformed and can use the help. Another plus for Mitchell: He got to see an NFL game. He'd never been to one until his first Texans game.

The Sankey Rodeo School is one-in-a-nation

When someone watches a professional golf event, and he wants to try out the sport, chances are he knows where to find a local golf course. Same thing with basketball: Everyone knows where to shoot some hoop.

But when someone turns out to the Houston Livestock Show and Rodeo — more than 2 million people did in 2010 — and they think they can tame a bull or bucking horse, it's doubtful many know where to go to give it a shot.

"It's the quickest acceleration into the sport," says the school's director, Lyle Sankey, who is one of only four men to qualify for the National Finals Rodeo in each of the above-mentioned events.

The school isn't just geared toward the weekend warrior looking for a quick thrill. In fact, Austin Meier, the 2006 Rookie of the Year and currently ranked fifth in the Professional Bull Riders, Inc., is a product of the Sankey schools.

Other past students, according to Sankey, have also ridden in PBR and Professional Rodeo Cowboy Association events, and they've qualified for the National Finals Rodeo, the Super Bowl of the sport.

But there are also the adrenaline junkies.

"We had one woman who was an engineer at NASA, and she was heading off on a two-week mountain-climbing adventure after she left us," Sankey says. "We've had doctors and lawyers and playwrights — people from just about every walk of life."

Sankey started the rodeo school 35 years ago, once his professional career was winding down. His school remains the only full-time one of its kind in the country.

When Sankey was getting into rodeo, there weren't really "schools." It was mainly older guys who offered a little advice, then threw their "student" on the back of a bull.

"It used to be the old-school, trial-and-error method," Sankey says. "We've adopted a modern coaching style."

The three-day sessions in New Caney consist of classroom lectures, one-on-one sessions with coaches and, of course, riding the animals. Each riding session is videotaped, then workshopped.

The structure, Sankey says, lends itself to younger riders — the average age is early twenties — but the school has taught a 65-year-old man and a 61-year-old woman.

"We offer unlimited access to the livestock, all the riding they want, and if we think someone is physically ready, we push them to get on," Sankey says. "Everyone is different, but it's important to us how much they get out of the experience."

The next session in New Caney isn't until December, but Sankey offers another course at a facility a little farther north before then. The school, which runs about $400 for three days, requires a two-week advance sign-up.