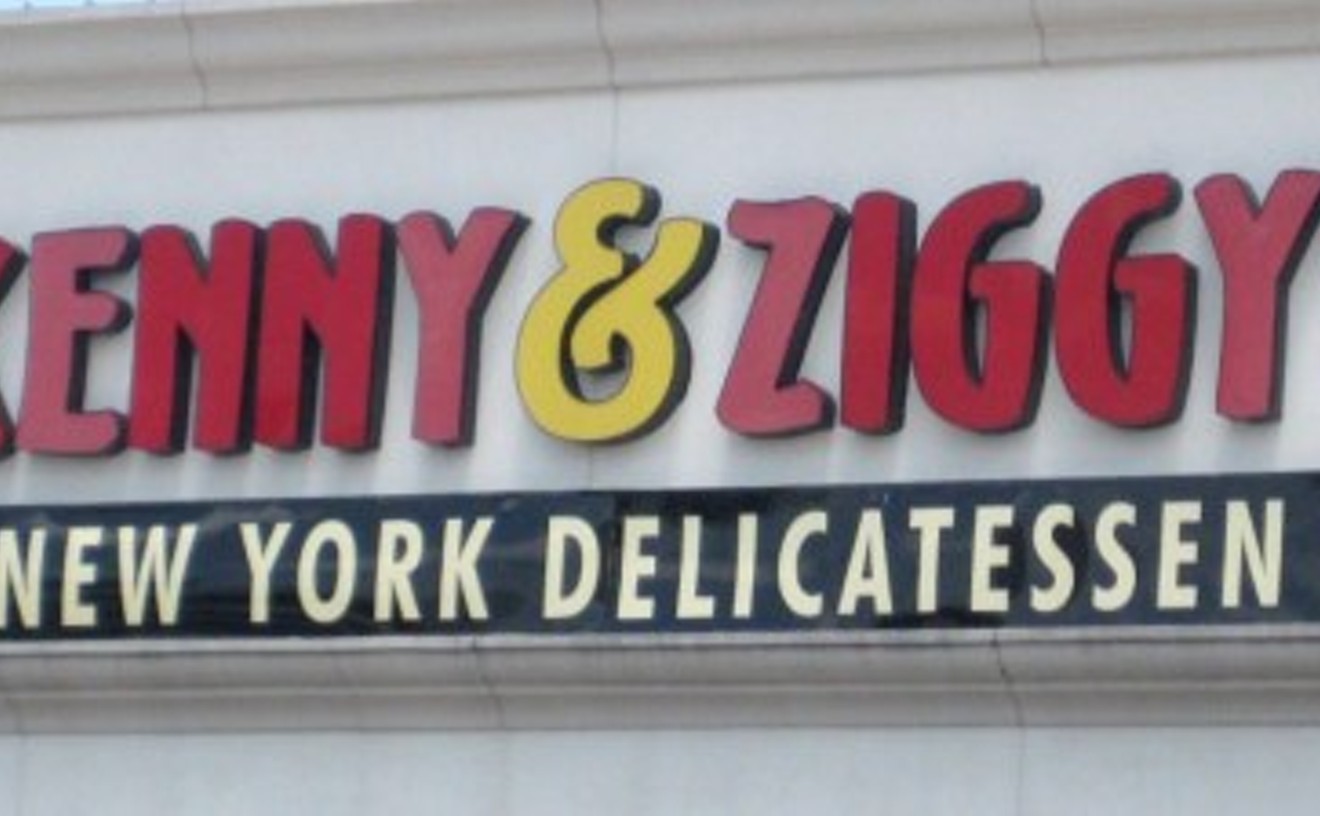 Step into Kenny & Ziggy's, and it feels like you've landed in the middle of a New York City neighborhood, complete with the Jewish grandmothers, waiters in black-vested uniforms, and red booths with classic brass accents. Order a pastrami sandwich with meat piled high on rye, smoked salmon that tastes like you'd get it in New York, chopped liver like Grandma made, or matzo ball soup, and revel in the certainty of being in a bona fide, authentic New York-style Jewish deli — in the middle of Houston's Galleria area, no less. There's a reason why business is always bustling at Kenny & Ziggy's. It's the respect for tradition, the absurdly large portions, the consistently good food and, most of all, knowing that this is one of the last great delis around. 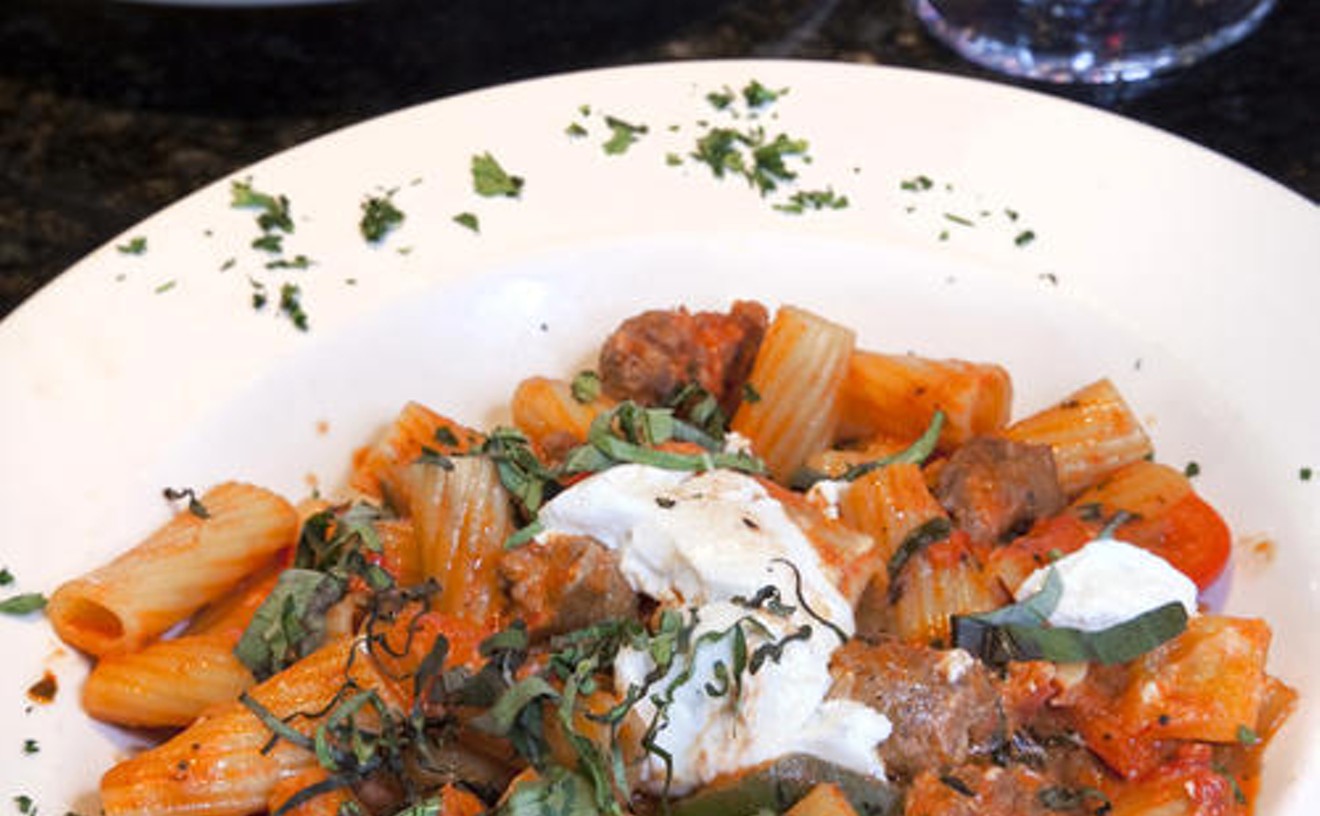 George's Pastaria is the epitome of a friendly neighborhood restaurant, staffed with kids from the local high schools and stuffed with families enjoying old-school Italian food of the red-and-white-checkered tablecloth variety. Beef ravioli bears a mention of being the favorite dish of a nearby resident, while the sign out front frequently mentions customers' birthdays. Try the Rigatoni Campagnolo with sausage and peppers, served under a blanket of creamy ricotta tomato sauce, goat cheese and fresh basil, and come on a Monday, Tuesday or Wednesday when you can BYOB without a corkage fee.

Tucked away in an unassuming strip mall on Richmond near Hillcroft, Thai Gourmet is one of those places that are authentically Thai yet still accessible to relatively untutored palates. Dishes like Penang Beef ordered "Thai hot" may scorch the tongue in true Thai style, while others, like the basil beef or their excellent tom kha gai coconut chicken lemongrass soup, make room for an exploration of Thai flavors without the requisite spicy sting. The decor of wall hangings with Thai imagery creates an exotic ambience that is well-appointed enough for a nice date or family meal, yet readily caters to clientele wanting takeout. Great Thai food at reasonable prices with a nice atmosphere and courteous waitstaff make this place a sure bet for Thai anytime. 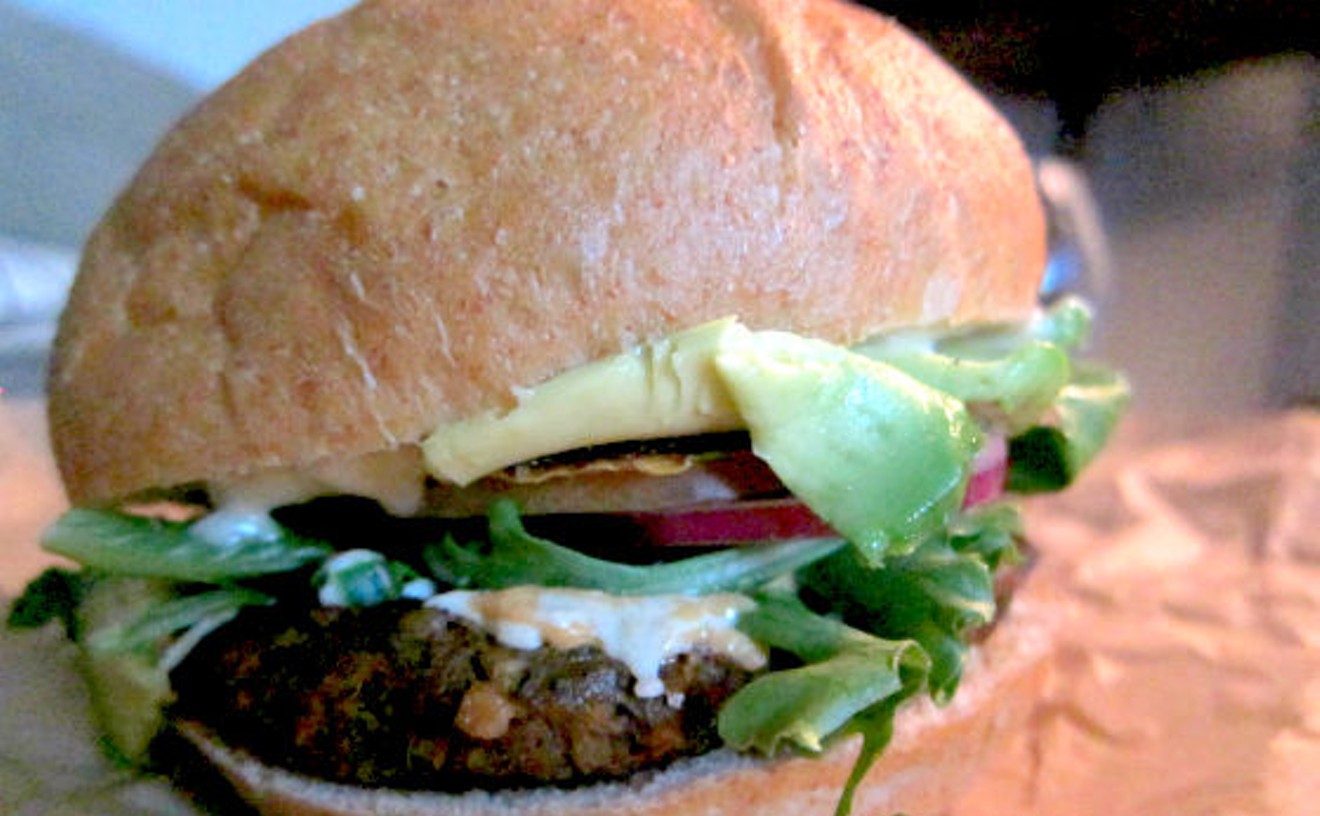 Green Seed Vegan's all-veggie Dirty Burque burger is so good, we'll put it up against a meat-based burger any day of the week. It's hard to miss the meat, in fact, when there's so much deliciousness between the buns: The patty is mostly buckwheat, a pseudo-cereal that's gluten-free, high in protein and made from scratch. It's studded with colorful chunks of vegetables, from orange bell peppers to green flares of bright cilantro. On top you'll find buttery slices of avocado, peppery arugula, raw white onion, a tangy spread of egg-free mayonnaise and a New Mexican-style green chile sauce that's tart and slightly hot.

It may look like a school bus, but it's a lean, mean, burger-grilling machine. Winner of the 2012 Houston Press Burger Bracket, Bernie's Burger Bus is the true definition of gourmet food truck, utilizing the freshest ingredients — fresh-ground Black Angus beef, freshly made baked buns, and homemade condiments — to make one of the juiciest, tastiest burgers you'll ever have the pleasure of eating. The school-themed menu features the traditional American burger "The Principal"; the double-patty, Texas-cheddar topped "The Bully"; and the famous "Study Hall" burger, topped with barbecue sauce and crispy-seared, slow-braised pork belly.

With Oxheart, husband-and-wife chefs Justin Yu and Karen Man have created a restaurant that feels everything like and nothing like Houston at once. The bold menus offer only three different tastings nightly — two four-course meals (one of which is vegetarian) and one seven-course meal. They use a fascinating array of ingredients obtained locally and techniques they picked up across the globe, transforming simple potatoes or kale into dishes that look as if they could be installations at the Contemporary Arts Museum. The cozy but airy interior has a similar museum-like feel to it, light and open, that allows you to watch Oxheart's talented team of cooks at work and relax while you embark on a culinary adventure that's simply out of this world.

Midtown has no shortage of bars. But it does have a shortage of bars that are serious about their product — craft beer in this case — while playful and casual at the same time. You don't have to dress up to enjoy a Friday night here. You don't even have to enjoy beer, as the classic cocktail menu is equally solid. But beers are still the advised poison of choice, with a rotating list of more than 40 draft brews that range from quirky local experiments like Buffalo Bayou casks to an array of terrific Belgians. The wood-and-metal-laden interior is cool and loft-like, with a Brooklyn vibe that belies its Bayou City roots.

Ordering something other than a burger at The Counter may seem akin to going to Long John Silver's for chicken strips. But the Grilled Cheese Trifecta, oozing with robust flavors of cheddar, provolone and American cheeses, all wedged between two slices of crispy, buttery white toast, definitely holds its own against The Counter's meatier options. And devoted carnivores needn't worry; you can always add bacon. 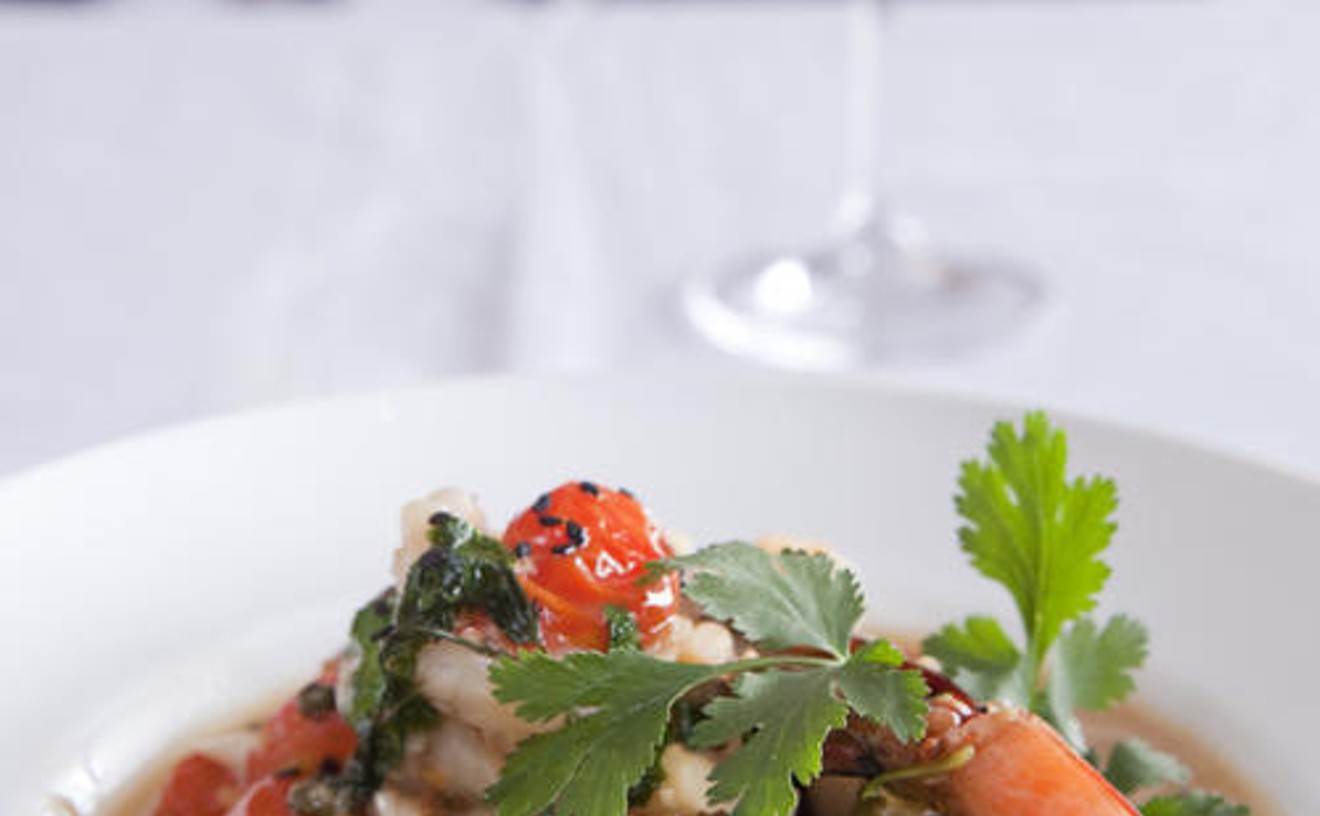 Do residents of the nearby Tanglewood neighborhood know how lucky they are to have Arturo Boada Cuisine in their backyard? Longtime Houston chef Boada could have easily opened his restaurant anywhere else in Houston — certainly inside the Loop — and made a killing. Instead, he chose a very tucked-away location on a quiet side street in a mostly residential area near the Memorial Villages, renovated the space in a cheerful but chic fashion, put together a fine menu of bistro-type dishes in his signature Spanish/Asian/Latin American style and constructed a solid wine list — the place has been packed each night ever since. Mostly with nearby neighbors, it must be noted, so clearly the folks in this area do know just how good they have it. Happy hours are best when there's great music, fun nibbles and awesome drinks. Coppa fulfills all these criteria with $5 drink specials, discounts on food, a good-looking after-work crowd, ample seating room at the bar and patio, and an upbeat soundtrack that adds to the overall happy vibe. Order a margherita pizza and some meatballs to munch on while indulging in a $5 glass of wine or a peachy bellini cocktail. Valet parking is complimentary, and the big square stools at the bar are cushy and comfy, which is why the bar tends to be completely full right up until the clock strikes 7 p.m., when the happy hour specials come to an end.