When a planned expansion to the Houston Library System's historic Julia Ideson Building was announced, architectural purists held their collective breath — would the building's original Spanish Renaissance design be enhanced or butchered by the addition? Luckily, Barry Moore, an architect with an investment in Houston's historic preservation, was at the helm. Moore used the original plans by Ralph Adams Cram as a guide, updating it for the requirements of new technology and contemporary patron usage, creating a seamless addition to the iconic structure. Over the years, Moore has worked on the renovation of City Hall interiors and the repurposing of the former Congregation Beth Israel complex (built in 1925) into the first campus for the High School for the Performing and Visual Arts. Moore, who has worked in Houston for more than 47 years, inherited his love of preservation from his father, one of the founders of the Heritage Society and the city's first preservation architect. 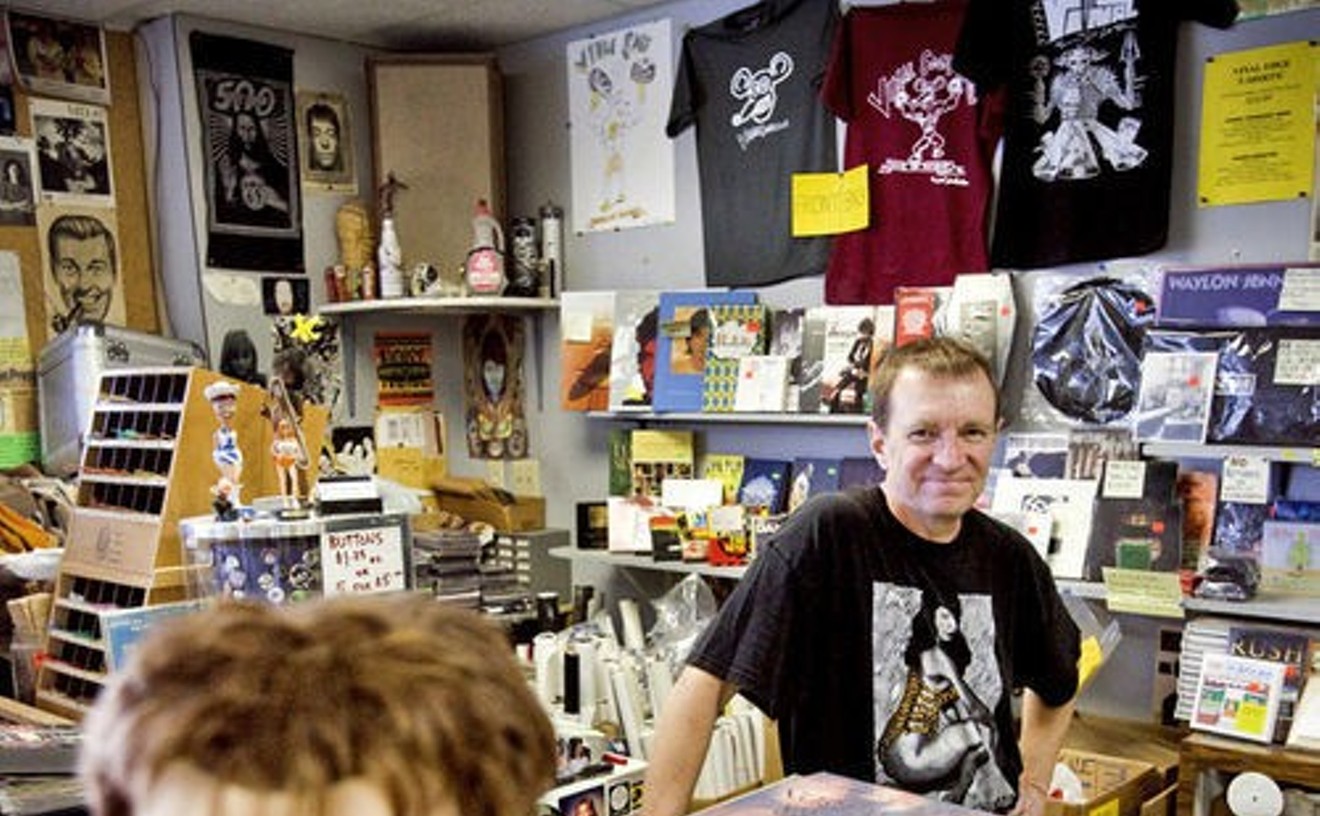 Vinal Edge, which relocated to the Heights last year, is no different from the other quaint shops lining 19th Street just west of Yale, except this is probably the only one where you can pick up a rare Alien Sex Fiend singles compilation or the Rev. Pat Robertson's It's Time to Pray, America! LP. Vinal Edge's new location is roomier than its predecessor, which originally opened in 1985 off Veterans Memorial Boulevard in far north Houston, but is just as stuffed to the gills with music old and new, vinyl and CD, in every genre known to man and a couple that probably aren't. In a relatively rare practice among record stores, Vinal Edge catalogs each and every inventory item on its Web site, which makes it even more invaluable for collectors. The more obscure the title, the more likely you'll be to find it at Vinal Edge — but if it's not there, owner Chuck Roast and his knowledgeable staff will be happy to track it down for you via mail order.