Nassau Bay's Space Walk Plaza is barely more than a median in one of the access roads to the Clear Lake-area bedroom community. But it's across from Johnson Space Center, and thanks to sculptor Eric Ober, it's one of Houston's most unique points of interest. Five years in the making and dedicated in spring 2013, the plaza boasts a dozen or so steel monuments marking various milestones in the manned space program's 50-year history: the Gemini and Apollo missions (including Buzz Aldrin with the American flag and Neil Armstrong on the ladder of his capsule); a typical shuttle launch; the International Space Station; an adorable depiction of the Mars Opportunity rover; and a fountain-situated earth-moon centerpiece. NASA's funding may have seen better days, but thanks to Ober, the agency has inspired a collection of public art any community can be proud of — especially this one. 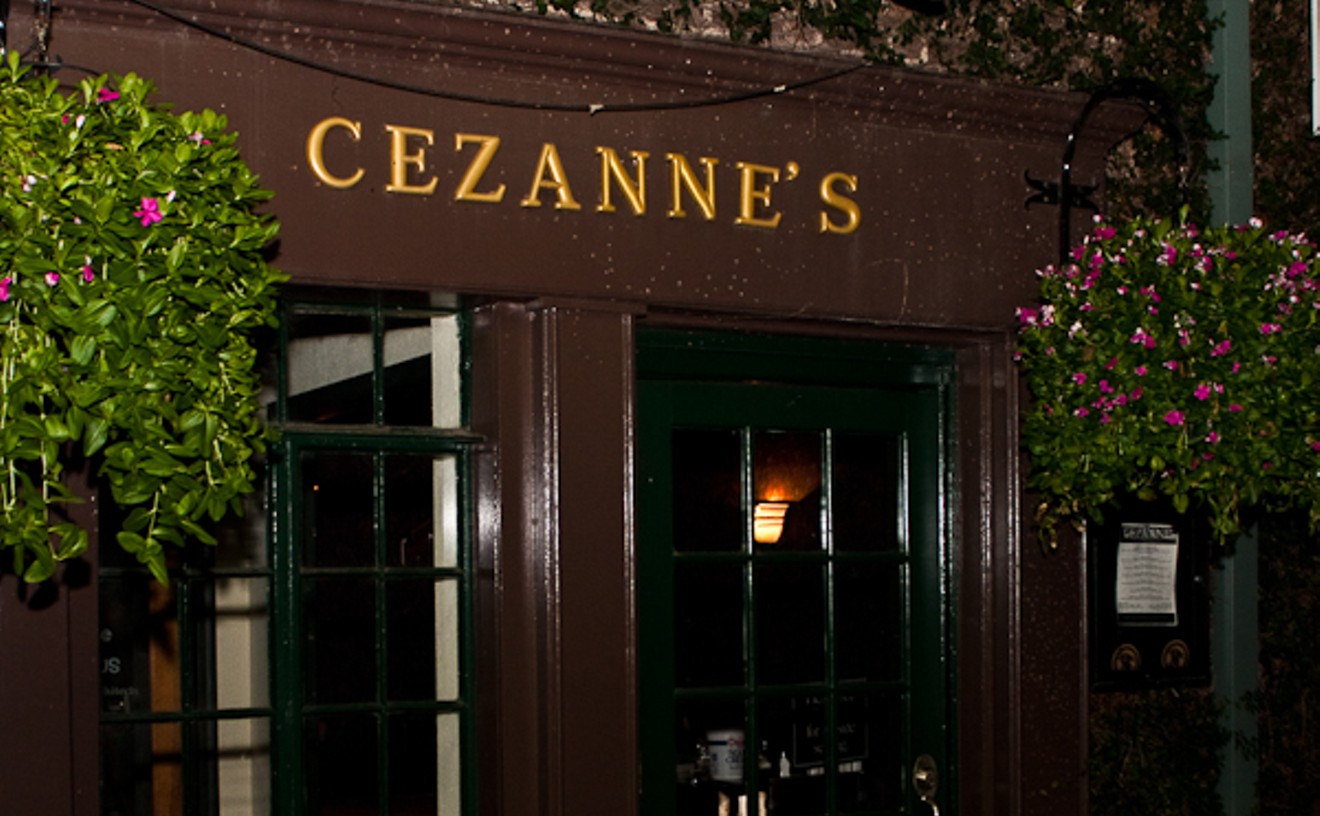 At this point, Cezanne is so synonymous with jazz in Houston that it's difficult even to think of a No. 2, even though the intimate upstairs venue has live music only on Fridays and Saturdays. The room is cozy, the acoustics are great and the bookings are stellar, whether they're homegrown or out-of-towners. Thanks to Cezanne's longtime association with nearby High School for the Performing and Visual Arts' world-famous jazz program, it's not unusual to see three or four alumni come through the club in any given month, whether they just graduated or have long since moved to other towns. It's also one of the most romantic spots in town — if you and/or your love interest are even remotely interested in jazz, the place makes a fabulous date night. Other local venues take a stab at booking jazz here and there, but why drive a Kia when a Cadillac is already sitting upstairs from the Black Lab, keys in the ignition?

David Hardaker's name seems to be on everyone's lips lately, and there's no surprise as to why the figurative painter has earned the respect of his peers. He has an excellent eye for line and color and a sense of humor about his work. (His Lost Monsters series, a collection of small portraits of alien creatures, features a backstory he made up for his daughter about a megalomaniacal Austrian professor who crafted his minions from old toys and chewing gum.) Hardaker's work often includes copyright-protected imagery, which, through mass production, he considers part of the cultural landscape and so open to fair use. The owner of the Avis Frank Gallery, Hardaker produces only a limited number of works annually, making each more prized by collectors. 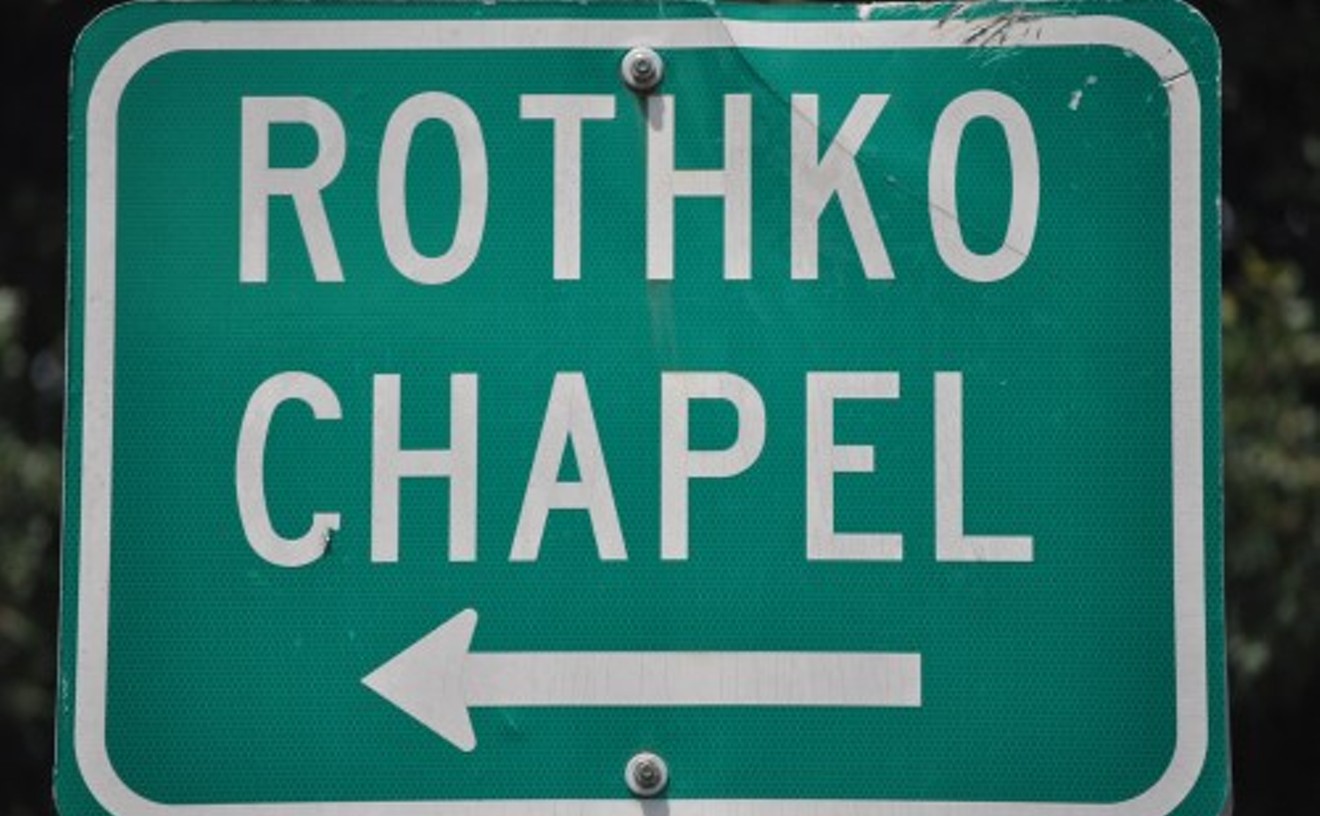 Relaxation comes in many forms: a hot bath, a cold beer, even a long run. The greatest peace any of us can have, and thus the most relaxed we can be, comes from peace of mind. While we might not all agree on that beer or that run, everyone can benefit from a few minutes of sitting inside the quiet calm of Rothko Chapel. Whether you choose to stare at one of the paintings on the walls, sit with a book or meditate on the ground, you'll walk out of the chapel feeling calmer. You may not find a higher truth, but you will be more relaxed.

This is a bittersweet award this year. Dominic Walsh, a longtime leading dancemaker in Houston and this year's Best Choreographer award winner, is leaving town — at least for a little while. Walsh came to Houston as a teenager in 1987 and spent several years as a dancer with the Houston Ballet, working with then-artistic director Ben Stevenson, who created several roles for him including Marc Antony in Cleopatra. During his time with the Houston Ballet, Walsh earned an international reputation as a gifted and exciting performer. He founded the Dominic Walsh Dance Theater in 2002 and went on to win accolades as a daring, bold choreographer. Two of the dancers he has most closely worked with over the years have been Domenico Luciano, originally from Italy and Walsh's longtime partner, and Hana Sakai, from Japan. The two (either alone or as a pair) have been at the center of many of Walsh's most provocative creations, including Uzume (2012), Clair de Lune (2011), The Firebird (2009), Camille Claudel (2012) and, most recently, the film project Malta Kano, TX. Walsh has suspended the upcoming 2014-2015 season for his company and is joining Luciano in a move to Colorado. The future of the Dominic Walsh Dance Theater is uncertain, but audiences hope to see him again in Houston soon.

There are Houston designers with larger clienteles and larger staffs than Kate dePara: Her store, Evens, has only five outlets, and her workforce consists of herself and one seamstress/patternmaker. But there aren't any Houston designers with more commitment to craft or customers. The name "Evens" is a nod to dePara's search for balance in all things, and she designs not only the clothing but also the textiles, with some hand-dyeing to boot. The clothing is uncomplicated and yet sophisticated, easy to wear and — most important — easy to feel wonderful in.

There's a lovely, geeky, cool, nerdy reciprocal relationship between NASA scientists and Hollywood filmmakers that has made for some interesting science-fact-meets-science-fiction moments at the Space Center Houston, our winner for Best Tourist Attraction. Astronauts have often credited sci-fi films with sparking their interest in science and outer space. Filmmakers, on the other hand, cite the real-life space feats by NASA that inspired them to create their movies. A longtime fan of the space program, George Lucas, for example, has shared some of the memorabilia from his films with the center including props, costumes and shooting scripts covered with handwritten notes by Lucas from his Star Wars series. (R2-D2 and C-3PO were featured stars at the recent exhibit "The Cinema of George Lucas.") Looking to experience something a little more reality-based? The space center has an ongoing schedule of ever-changing exhibits and learning camps; it's home to artifacts from NASA programs including space capsules, moon rocks and astronaut suits. There are plenty of hands-on exhibits; you can experience a fleeting sense of weightlessness or navigate the controls of a spacecraft or a lunar rover. Lei Low Rum Lounge doesn't look like the obvious choice when you're after a good cocktail. It's stuck next to a convenience store in a badly paved little strip center in the Heights. But those not deterred by the coconut-and-palm-tree decor are in for a treat. Lei Low is a tiki bar, of course, but the drinks on the menu aren't just the usual rum-based fare. (The London Fog, like a lighter Old Fashioned but with a Scotch base, is amazing.) The bartenders know their stuff. Whether you want something on the menu or are hankering for a drink as vague as "something summery with whiskey in it," they will serve up a remarkable bit of drinkable art in a glass.