Best Neighborhood Spot in the Village 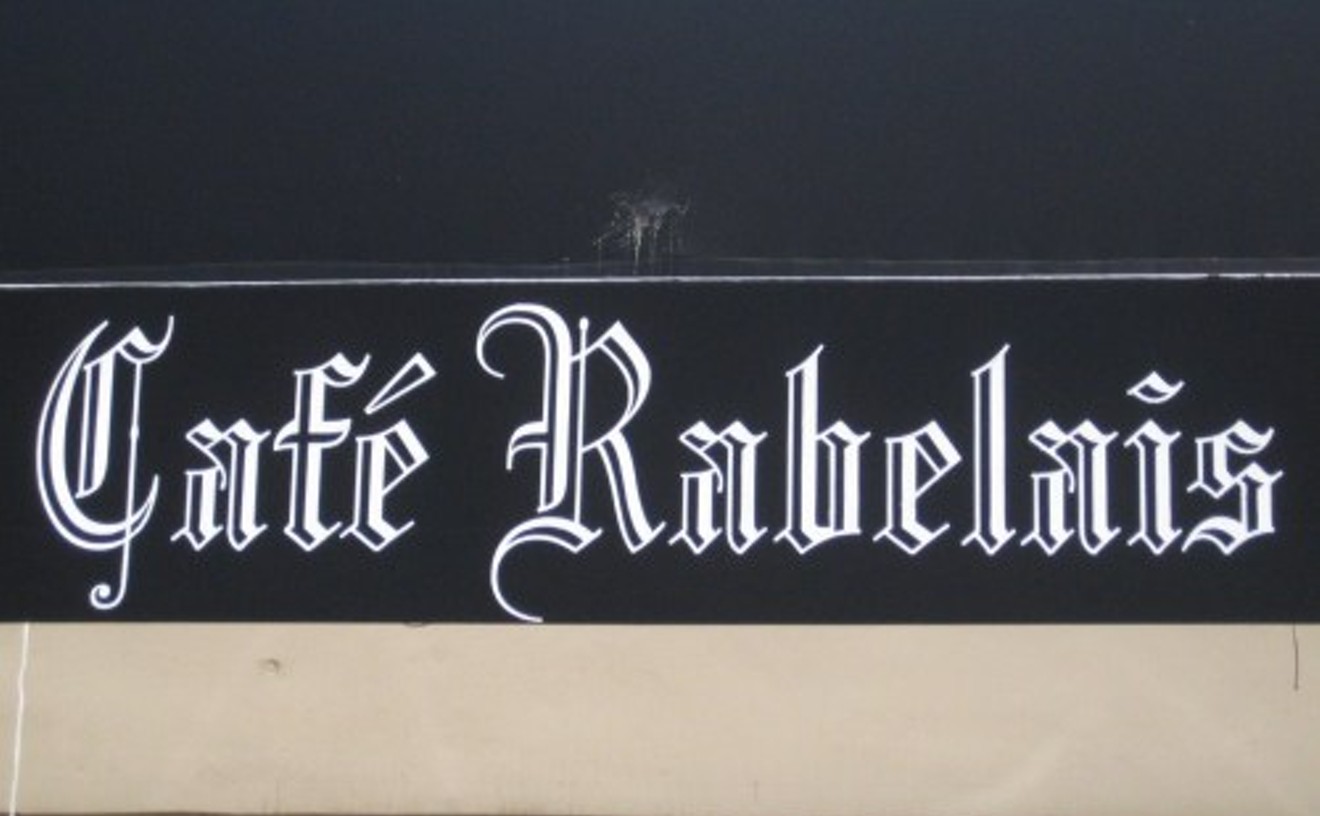 If you want killer frites with house-made roasted garlic aioli, a fantastic warm goat cheese and hazelnut salad, or classic boeuf bourguignon, get your butt to this French restaurant in Rice Village. Café Rabelais isn't open at all hours of the day, but when it is, these folks are dishing out incredible food in a quaint and rustic French country restaurant. Satisfy any midday hunger pangs with a braised pork shoulder sandwich with honey thyme sauce, pickled onions and carrots for less than $10, or stick to the daily selections of fish and quiche. The menu changes daily, but that's to ensure each dish uses the freshest ingredients. The vanilla ice cream profiteroles or a succulent poached pear are a great way to end a romantic evening. 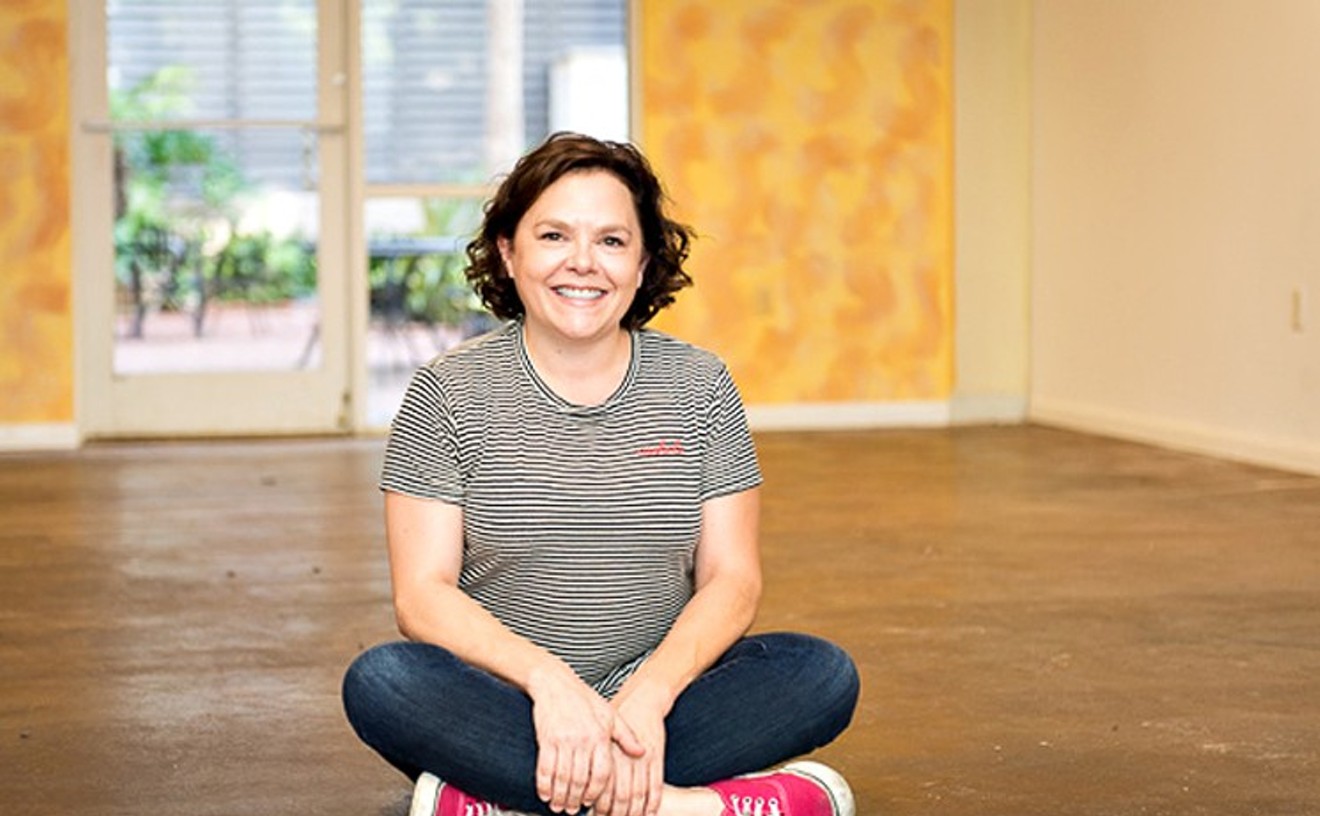 Photo by Chuck Cook Photography
Rebecca Masson in September 2014 sitting on the floor of the future Fluff Bake Bar space.

Rebecca Masson, a.k.a. The Sugar Fairy, made a name for herself nationally as a competitor on Top Chef: Just Desserts in 2011, but she also has grabbed Houston's attention with exquisite treats from her custom bake shop, Fluff Bake Bar. Various coffee shops and markets in the city sell her unfrosted cakes, cookie sandwiches and French macarons in surprising flavors, such as Werther's Caramel. Her edgy style and adventurous palate help her create finger-licking-good sweets you most certainly want to pair with a glass of milk — or wine. Recently, Masson announced she will open a brick-and-mortar bakery in Midtown after a successful Kickstarter campaign, and along with her delicious cookies, cakes and brownies, she'll be serving wine and beer. Soon you'll have a central place to grab Masson's beautiful and flavorful desserts, rather than searching the city for one of those comforting Fluffernutters. 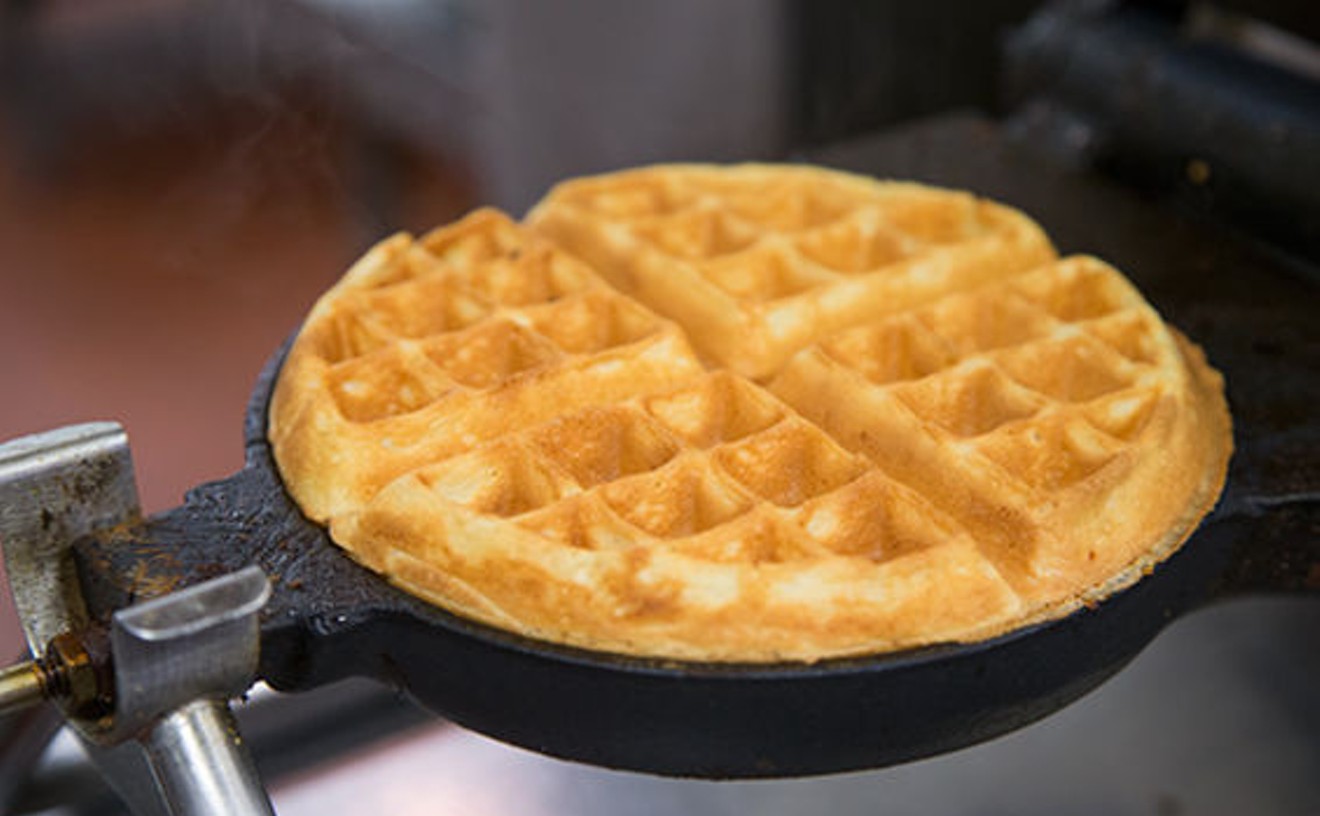 The Chicken Harvest Salad at Adair Kitchen is a simple dish, but features a multitude of ingredients that perfectly harmonize. The crisp, fresh butter lettuce sits underneath a combination of thinly sliced juicy strawberries; ripe avocado chunks; strong purple onions; chewy walnuts; soft, pungent goat cheese; and tender grilled chicken. The green herb dressing enhances the sweetness of the fruit while complementing the rest of the savory additions. It's filling yet light, just as a salad should be. With a side of crusty bread, what more could you ask for?

Think of this hip downtown watering hole as the late El Gran Malo's younger, more badass brother. With 50 handcrafted tequila infusions in flavors such as red roasted beet, peanut butter and vanilla habanero, this tequila house concocts one helluva margarita. Go classic with the agave, lemon and lime El House, or try the sweet and spicy Blueberry Jalapeño Cilantro masterpiece of a cocktail. And if you really like it wild, get the Mexican Candy, a drink made with not one but two tequilas — one infused with seasonal fruit and the other with three chiles. 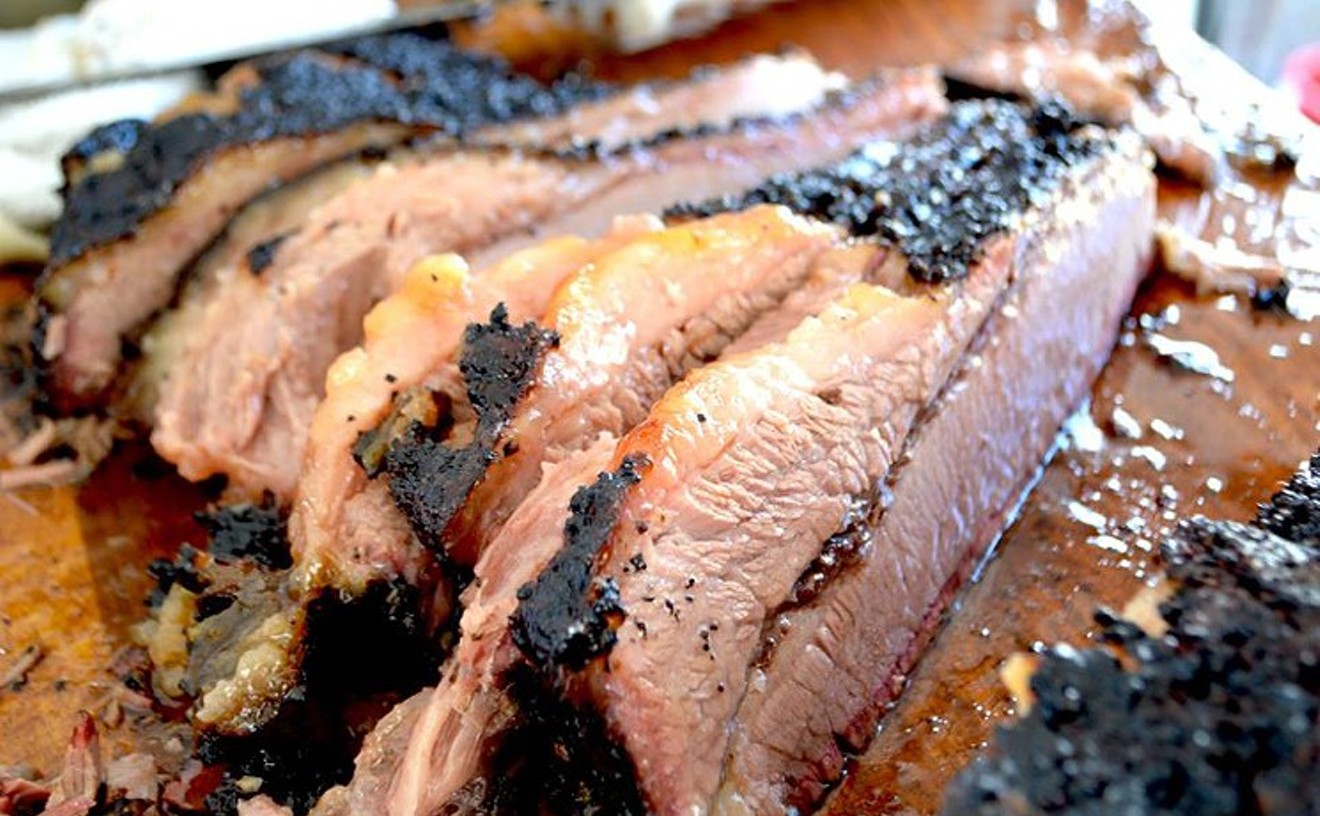 Photo by Mai Pham
This is "moist" brisket at Killen's Barbecue.

You won't find ribs just in pig form at this barbecue mecca. Chef Ronnie Killen is serving up bones of the mighty cow, too. Large enough to make even Fred Flintstone swoon, the beef ribs are rich, smoky and full-on beefy with a lustrous cap of charred and rendered fat. One hefty rib comes in at around one and a half to two pounds, but don't worry; they're easy (and meaty) enough to share. The simply seasoned beef practically shreds itself at the touch. You'll likely find a line of 'cue enthusiasts looking for their next hit of these addicting sticks of meat candy. Trust us when we say you'll want to wait in said line. 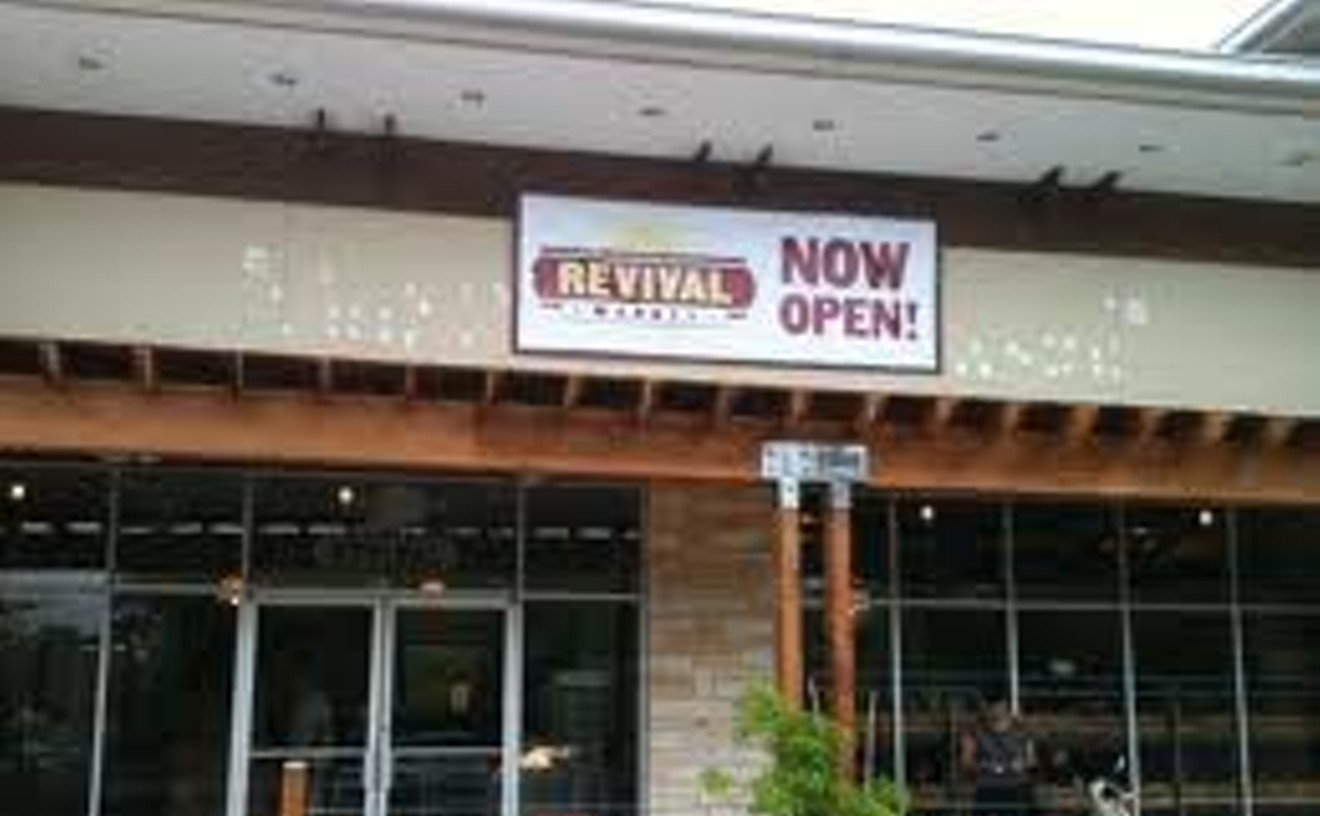 Not only do the fine folks at this Heights spot offer locally made cheese and heritage-breed pork, lamb and chicken raised from their own farms, they also make their own charcuterie, available at the deli counter by the pound. Head here for fiery salumis, pecan-studded mortadella, lamb pastrami and special treats, including fresh corn johnnycakes and sweet and savory kolaches, that can't be rivaled. And while you're at it, pick up some house-made pickles, jams and condiments, too. 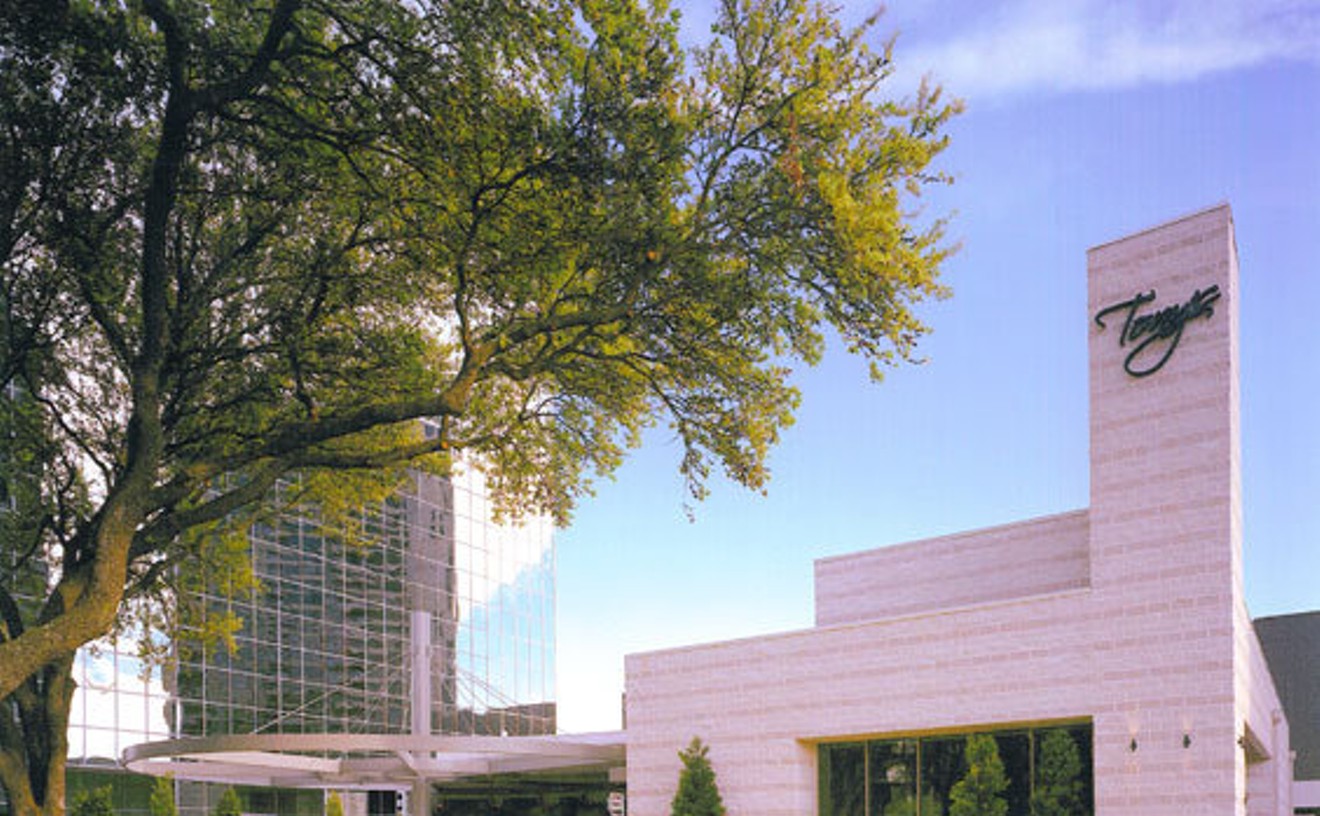 When it comes to business dining, we say, "Go big or go home." And there's no better place to do that than the classy, always impeccable Tony's on Richmond. Even though this fine dining establishment has been around for nearly 50 years, it continues to wow Houston crowds. Where else can you indulge in seared foie gras, light and airy white truffle soufflé, and melt-in-your-mouth Kobe beef — alongside one of the best wine programs in town? Just put it on the corporate card. Your clients will love you. 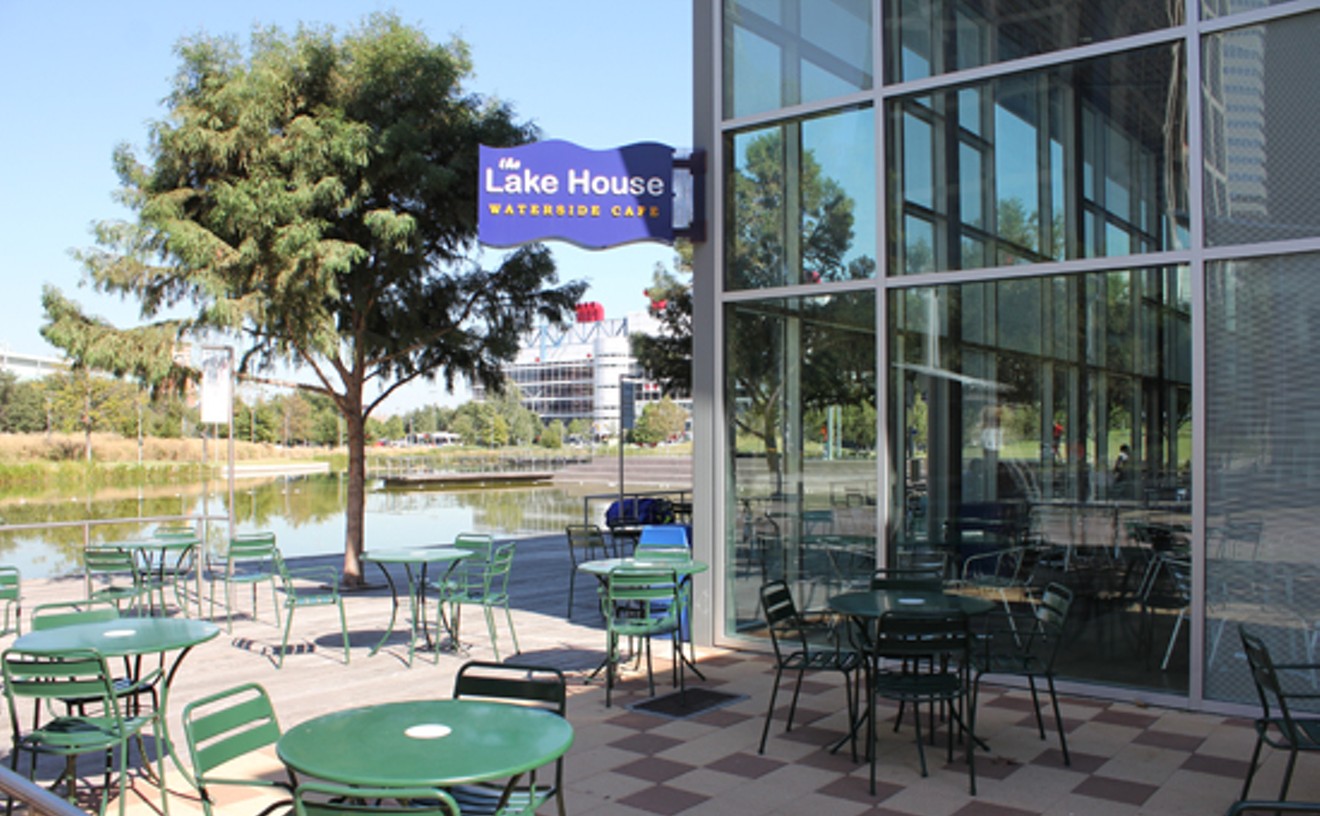 When it comes to dining with kids, there are few things greater than a restaurant with a playground. And at this casual lakeside eatery, that playground is the always-popping Discovery Green. The menu is simple, with something for everyone. Enjoy plump and juicy smokehouse burgers and dogs alongside grilled salmon salad, chicken and beef tacos, crisp fish sandwiches, and more. Kids will love the soft-serve ice cream, while adults will appreciate the selection of local beer and wine — and the ice cream, too. 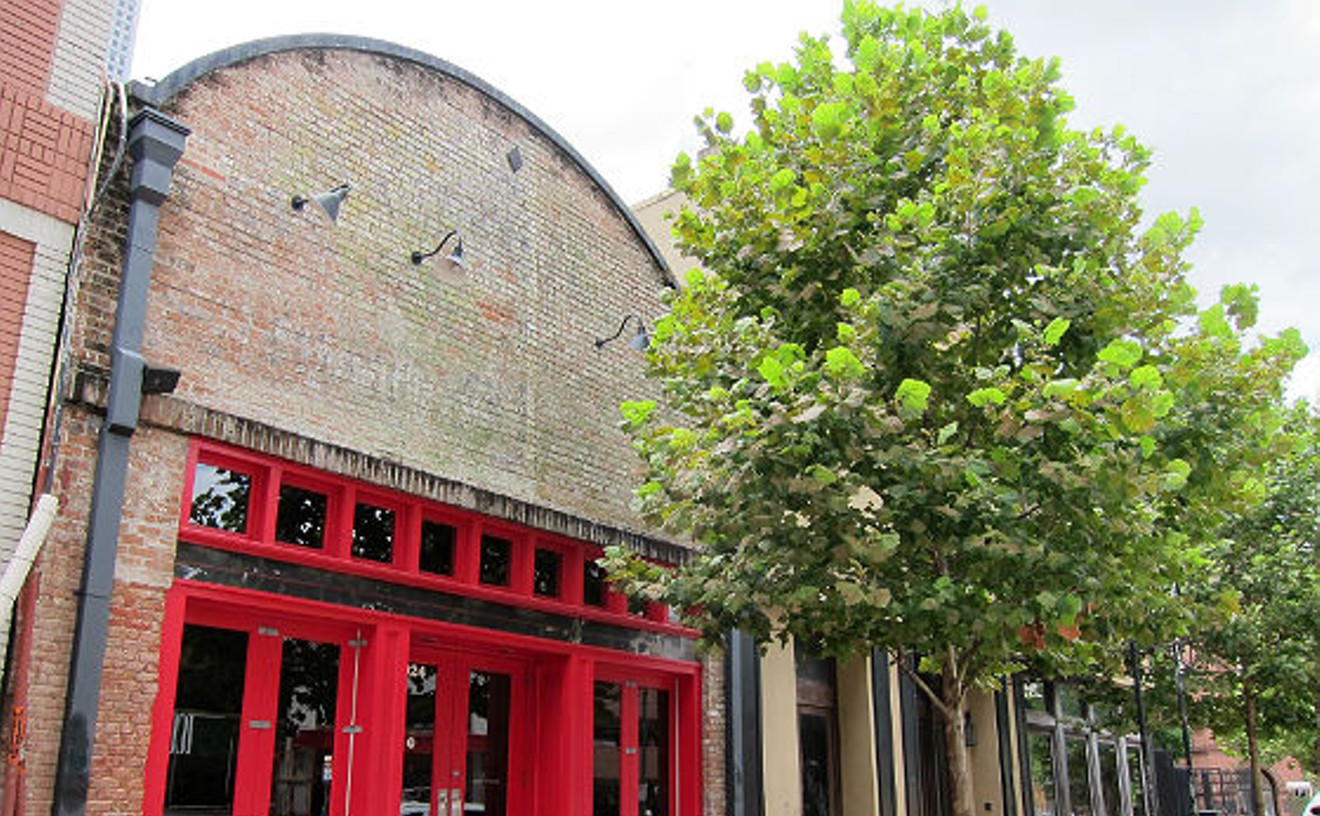 Downtown's historic district is once again becoming the place to be, and you could say it was this popular charity bar that spawned the 'hood's party-scene revival. Stop by the striking, always-bustling saloon for a selection of classic cocktails, local beer and wine, as well as top-notch bar bites. We loveOKRA's cornmeal-crusted, pickled and fried okra and three — count 'em, three — kinds of waffle fries just as much as we love the house panini. Each crispy sandwich is named after a different partner of the Organized Kollaboration on Restaurant Affairs,such as the salami, olive salad and mozz-stuffed Hay Merchant, or the succulent smoked pork, mustard and Gruyère-smothered Revival. You should probably finish the night with some freshly baked cookies and$3 shots of Fernet. It is for charity, after all. 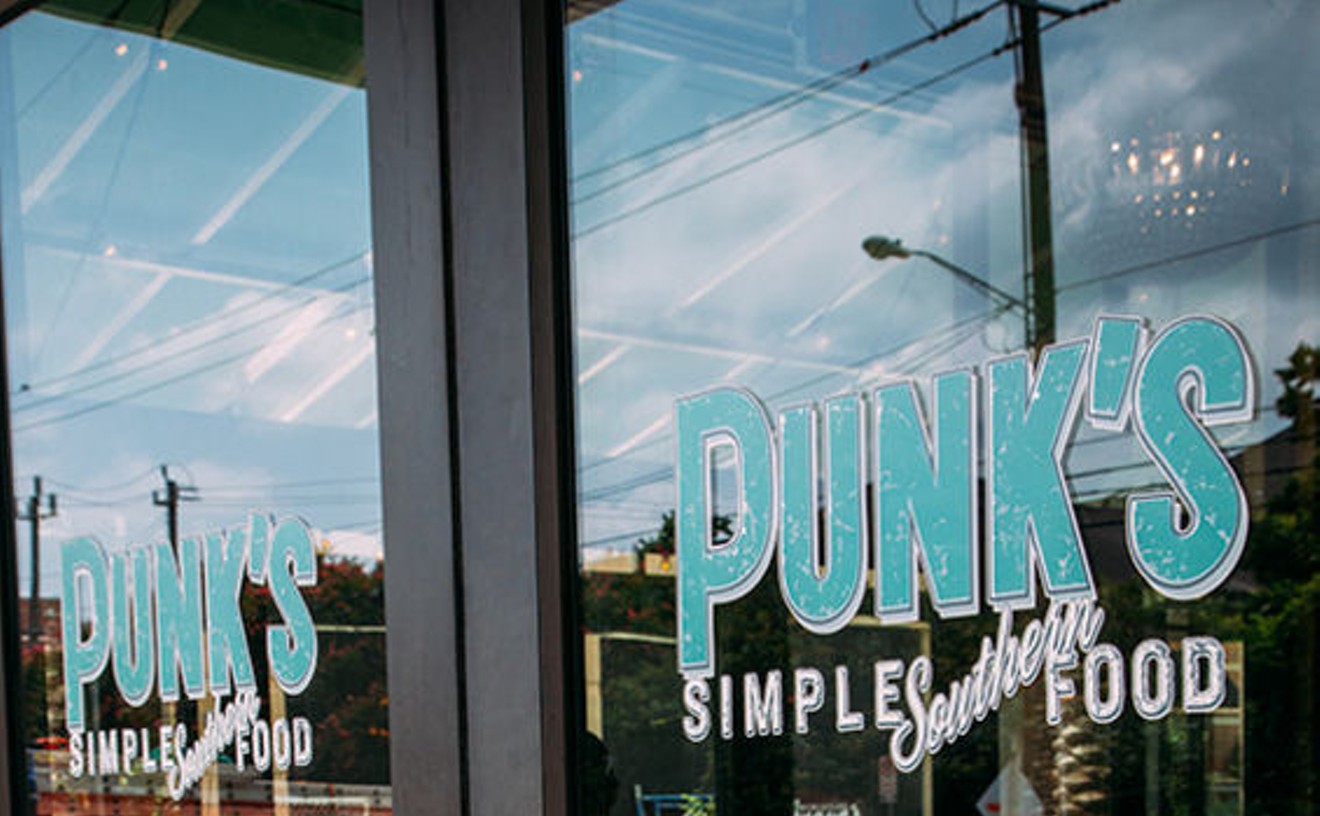 It takes only one step into this spunky Rice Village eatery to feel that Southern charm, so you sort of already know the fried chicken's going to be good. But you'd still be surprised by just how good it actually is. Piled high on an old-fashioned tray with paper to soak up any excess grease, the fried bird comes craggly, crisp as all hell and fall-off-the-bone tender. That's because it's brined before being dunked in buttermilk and lightly dredged in an expertly seasoned flour mixture — meaning each piece will be juicy and flavorful all the way through. Come with friends to share half or a full bird alongside hot buttermilk biscuits, mashed taters and collard greens.