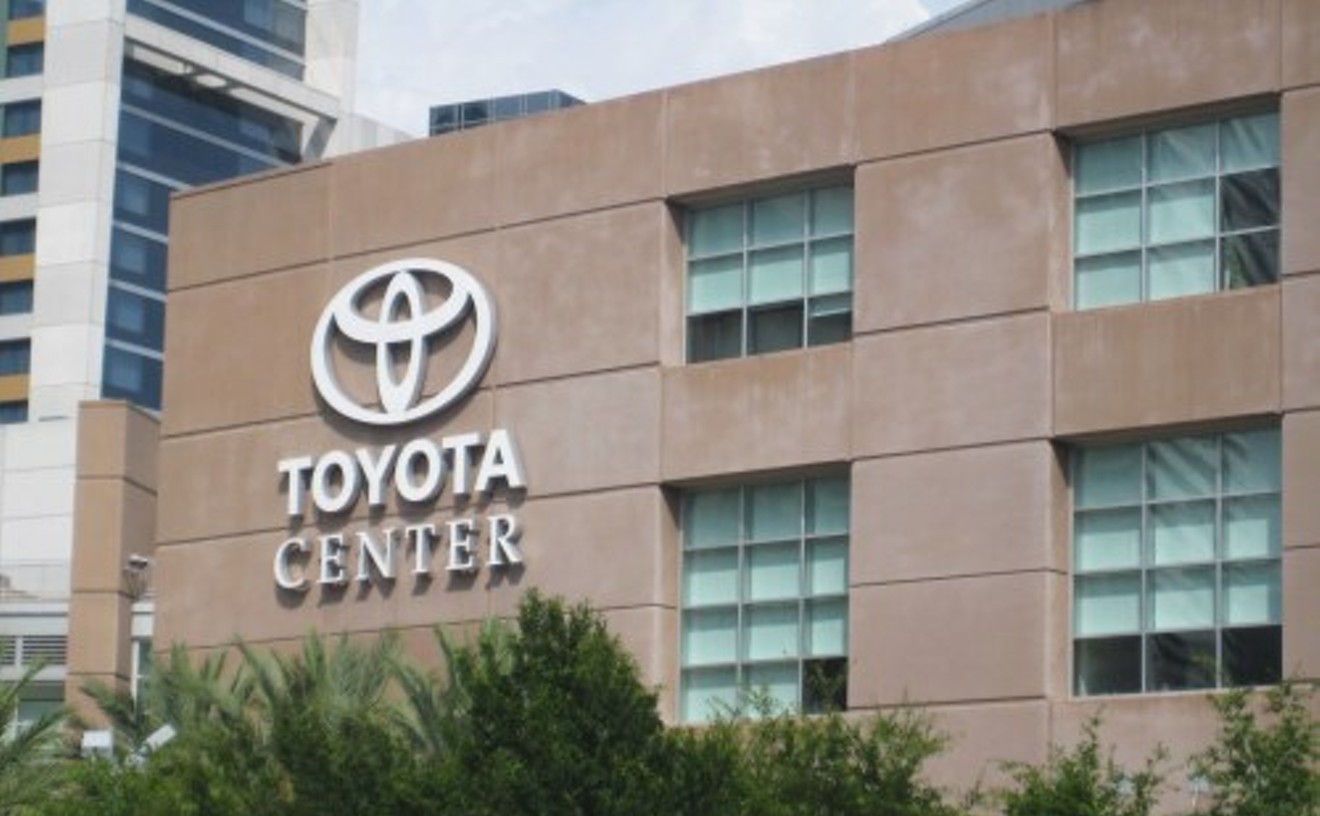 In 2012, it looked like the Rockets were heading toward their nadir under the stewardship of general manager Daryl Morey. Three nondescript seasons in the back end of the NBA lottery had the city in a hoops malaise. Then, on October 27, 2012, it all changed. Morey was able to steal James Harden from the Oklahoma City Thunder, and once again, the Rockets mattered. Harden's presence was a huge factor in luring Dwight Howard to Houston a year later. Now, three seasons into his Rockets career, Harden has gone from sixth man in OKC to one of the three best basketball players on the planet, finishing second in the 2014-15 MVP balloting behind Steph Curry. At 26 years old, Harden is just now entering his prime, and the Kevin Martin era feels like it was 20 years ago. Fear the beard, people. Fear the beard.

At four hours away, Fort Worth is a bit of a drive for a weekend getaway, but the city's many offerings make it worth the trip for both families and couples. Fort Worth likes to brag that it offers "cowboys and culture." On the cowboy side, there's the Stockyards National Historic District, which features a longhorns cattle drive twice a day (it's always a big hit with kids). On the culture side, there's the nationally regarded Kimbell Art Museum; the art deco Ridglea Theater, built in 1948; dozens of galleries; and the Camp Bowie historic district with plenty of restaurants and shops. The Fort Worth Zoo ranks among the top ten in the country; the city's botanical gardens are the oldest in Texas. Don't leave town without stopping by the Bluebonnet Bakery. 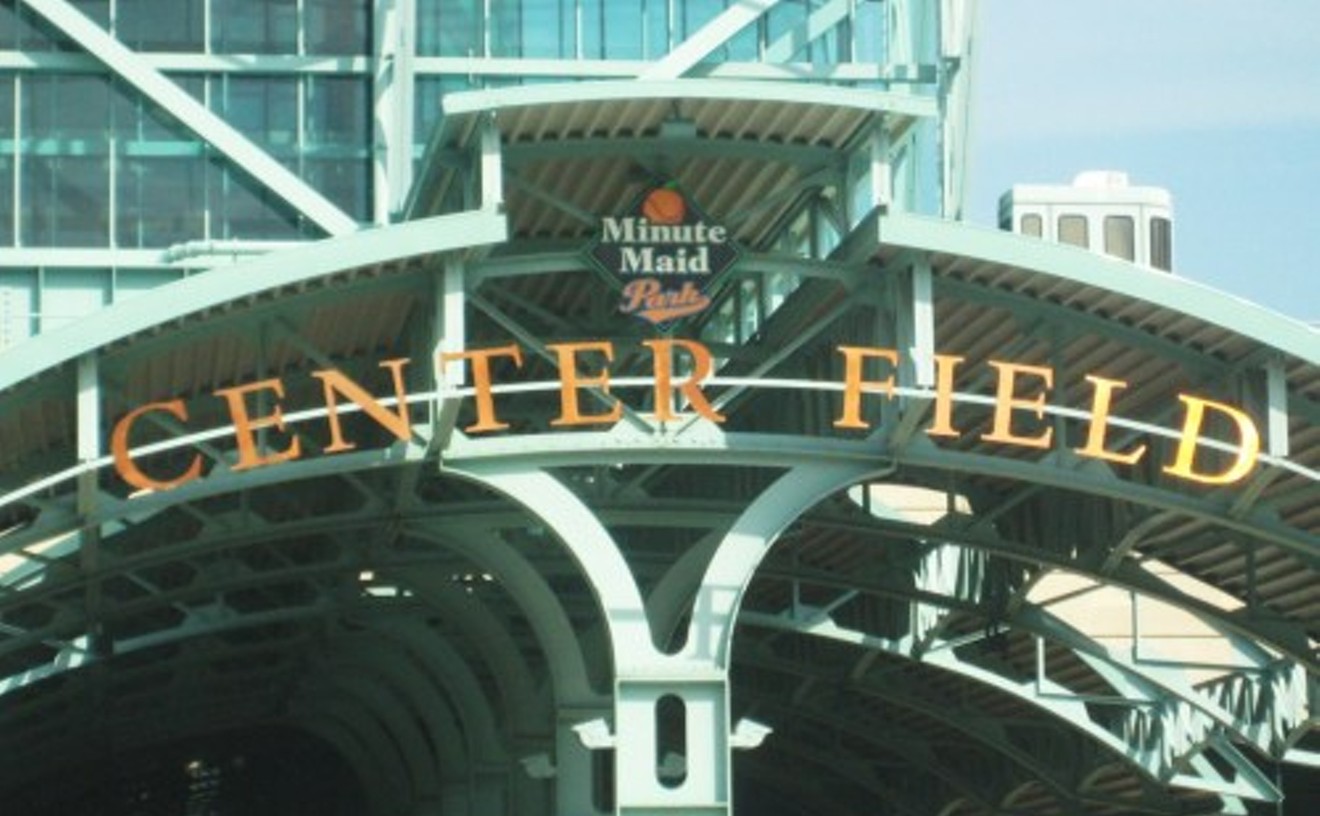 Former Astros player and now longtime broadcaster Alan Ashby grew up in Long Beach, California, and retains some of that laid-back California attitude in the booth, which works well with a wit as dry as his home state has been this year. Named to the Astros' all-time 25-man roster in 2012, Ashby brings a wealth of experience from his 17-year career in the big leagues (1973-1989) to the microphone, with that of a coach and member of the media. He grew up a Dodgers fan idolizing Vin Scully, the iconic play-by-play man legendary for his straightforward style and lyrical Irish-American lilt; Ash has likewise won many admirers for his analytical acumen and candor in the booth. But never one to take himself too seriously, Ash can also be at his best when he and his other partner in the booth, Geoff Blum (another former Astro), spend a slow inning or two trying to see who can be the first to crack the other up. 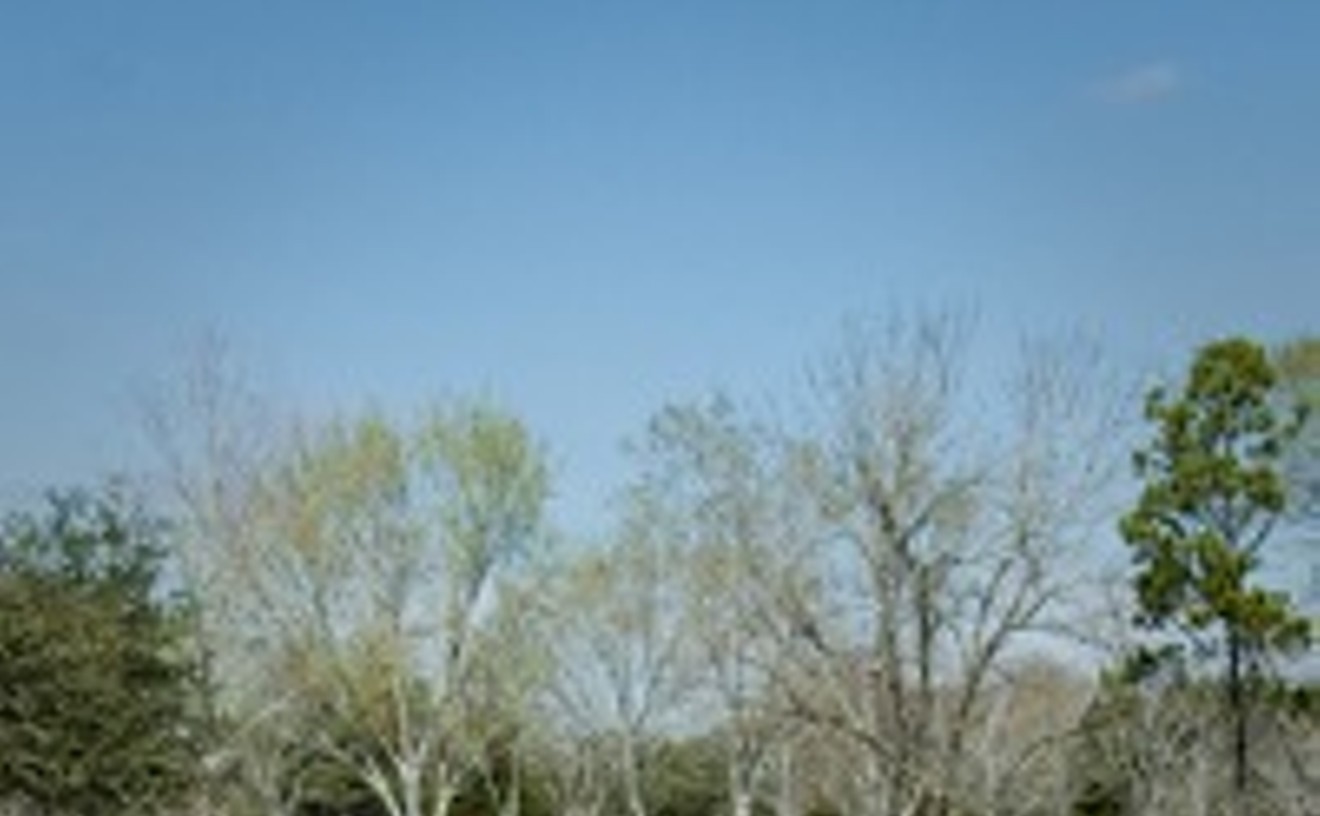 There are fancier dog parks around, with manicured lawns fit for bougie poodles. And then there's this sucker, a sprawling expanse that's actually built to give your dog room to be a dog. Split into small- and large-dog areas, the park features man-made ponds with clean water, as well as what look like war-torn trenches that fill with muddy water every time it rains — pure heaven for your furry friend. There's agility equipment and plenty of trees for shade (and other things), but mostly, there's just a ton of space. Whether you've got a hyper pup or a leisurely strolling senior, your four-legged friend will thank you for making the trip.

In the sports world, there are certain high-profile symbiotic relationships, partnerships that feed off one another — coach and player, general manager and owner. But perhaps the most underrated is the relationship between a team, its fans and its public address announcer. John Paul Stevenson, the Houston Rockets' PA guy, has always been good since the day he got here in 2006. Now, belting out the introductions and the in-game happenings for a team that made the Western Conference Finals last season, he's elevated his game. The Toyota Center rocks, and Stevenson's baritone pipes are a huge reason why. Not bad for a guy who stopped twice to think about returning home before his tryout in Memphis for the Grizzlies PA gig (which he got) in 2001. Now he's living his dream, and taking the crowd to the same higher place the team is trying to take them.

More and more people are getting wise to the fact that one of the best places to do some canoeing runs right through the center of Houston. Whenever we feel the need to get our hands on a canoe and do a little paddling on the water, we head straight for Buffalo Bayou, where we can commune with nature right in the middle of the city. There are stretches — particularly the areas running through River Oaks (go figure) — that are still wild and verdant, and on our trips down the waterway, we've been able to see great blue herons and take in the natural beauty of Houston that is so easy to overlook while navigating through the daily hustle and bustle of urban life. Put in at Sabine Street near downtown, paddle up to Shepherd at sunset and, from a view possible only on the water, watch the bats fly out. 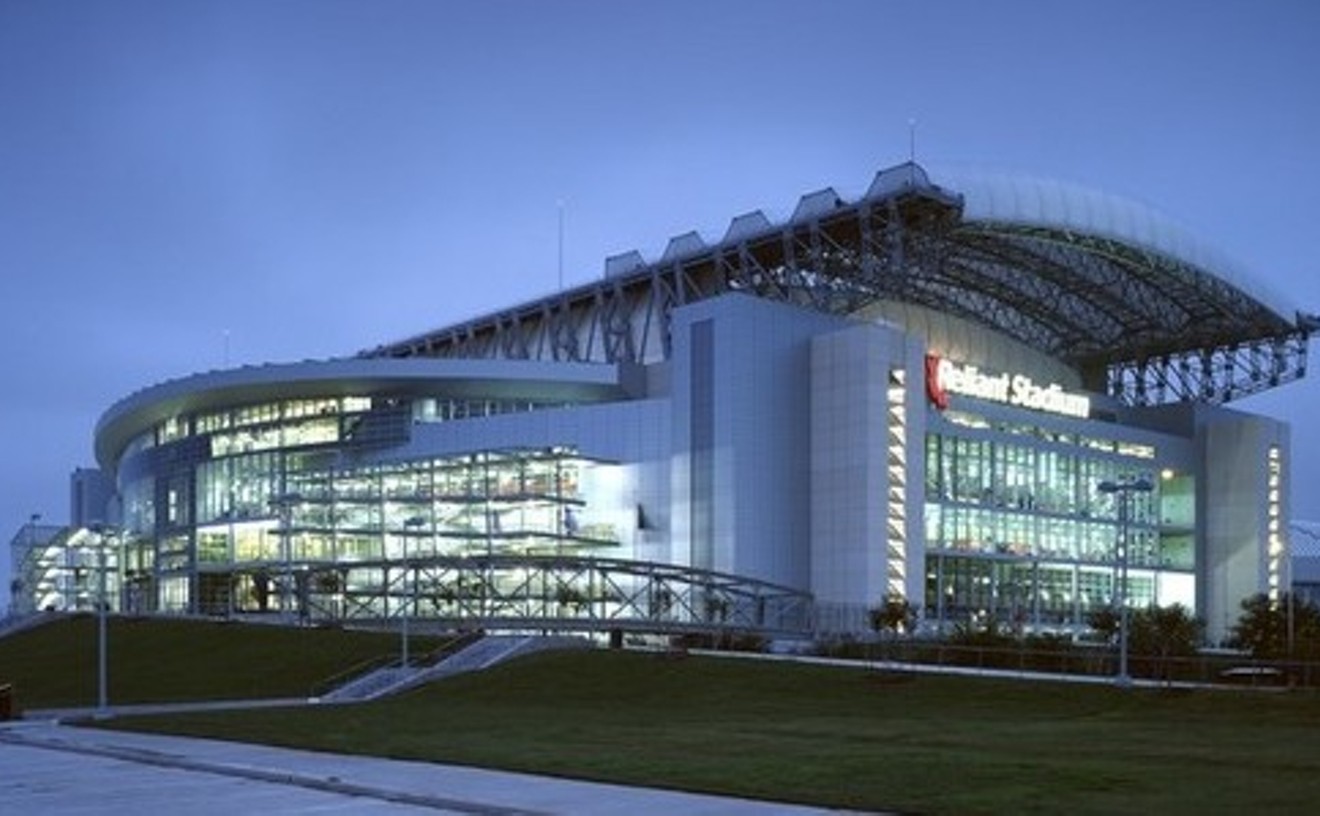 From a sheer analytical standpoint, it's impossible to name anyone else on the Texans aside from J.J. Watt as the Best Houston Texan. After all, this past summer, his peers in the NFL named him the best football player on earth, with Watt taking home top honors in the NFL's Top 100 for 2015, the first defensive player in the history of that poll to do so. Another 20-sack season in the books will do that. Amazingly, Watt found ways to improve upon what was seemingly an already perfect skill set by taking snaps on offense and scoring three touchdowns in 2014. Beyond that, he has become the most high-profile Houston athlete nationally in the history of this city, making appearances on sitcoms, awards shows and commercials on what feels like a weekly basis. It's J.J. Watt's world; we're all just watching it on Instagram.

Sure, this trail will lead you on a leisurely ride through some of the Heights's fancier neighborhoods. But in the past year, the Heights Hike and Bike Trail has become a critical connector in Houston's growing bike trail network. At one end, where the trail dumps you out near UH-Downtown, it's easy (and, most important, safe) to hop right onto the pristine Buffalo Bayou trail. At the other end, a newly finished connector near Lawrence Park leads cyclists right onto White Oak Bayou trail, which, at last check, is open all the way up to Acres Homes. We're talking many miles of unbroken, off-street cycling space that stretches across town — which, in a traffic-clogged city like Houston, is sorely needed.

Dogs and their human companions both find the Paul Carr Jogging Trail that runs through the Heights Boulevard esplanade the best place for a walk. Magnolia trees, live oaks and a few palm trees line the 60-foot-wide wooded strip that extends from 4th to 20th streets along Heights. Weaving in and out of the shade is a mulch-filled path. Gazebos, a playground, a Victorian rose garden and a World War II memorial dot the 1.9-mile course. It passes some of Houston's most impressive early-20th-century architecture and is the site of frequent public art exhibits. There's consistent foot traffic from early morning to past dusk, but with so much open space, there's more than enough room for everyone — canine and human — to feel comfortable.

With the emergence of J.J. Watt, Jose Altuvé, Carlos Correa and James Harden, it could be argued that Houston has four of the best players at or below the age of 26 in all of sports. And while the Texans are working to overcome more than a decade of futility while the Astros surge toward respectability after three of the worst years in MLB history, the Rockets reached the NBA's final four in 2015 and seem poised for a long run of playoff (and potentially championship) success. They have the kind of young roster most teams crave (Harden was runner-up for the MVP award at only 25) and a clever, dexterous general manager in Daryl Morey, who pulls talent out of thin air and manages the team's salary cap like a Wall Street genius. The Texans and Astros may be on the come, but the Rockets are already there.