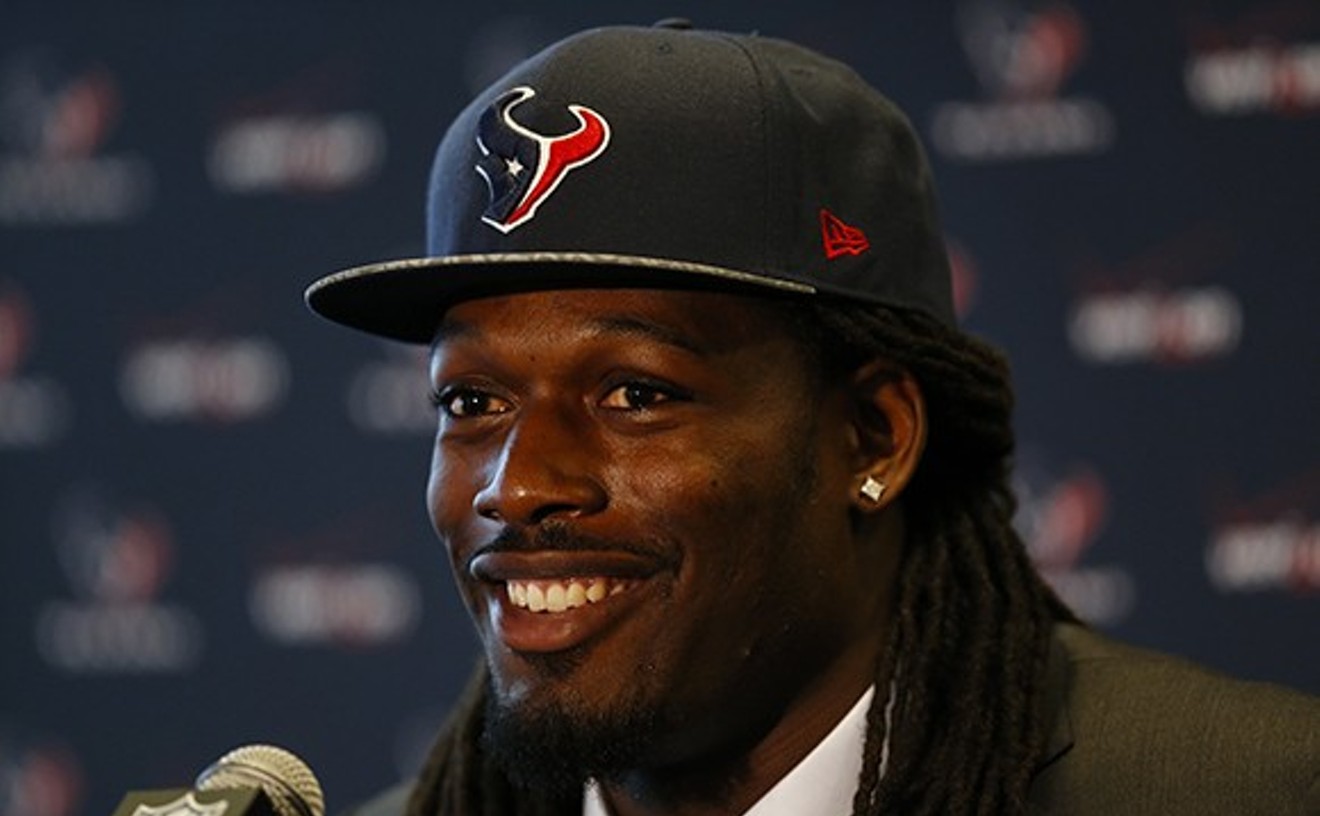 The first two seasons of Jadeveon Clowney's NFL career were a frustrating combination of injuries and unfulfilled expectations. Then came September 2016, and Texans fans finally were about to learn how life without J.J. Watt was going to feel, with the three-time Defensive Player of the Year undergoing season-ending back surgery after a Week 3 loss to New England. It was time for Clowney to step up and fill the Watt-size breach left behind. Thankfully, for Texans fans, the 2014 No. 1 overall pick did just that. The 2016 season became Clowney's breakout campaign, as he earned his first Pro Bowl selection and managed to stay healthy for virtually the entire season. The best part about Clowney's 2016 season is that he got better as the season went along — in December games against the Colts, Jaguars and Bengals, as well as the playoff game against the Raiders, Clowney was the best player on the field. Without Watt for most of the season, the Texans were still able to have the No. 1 defense in football, as measured by yards allowed. Now, with Watt healthy again, it's scary to think what a fully unleashed combination of Watt and Clowney is going to do to offensive linemen in 2017. 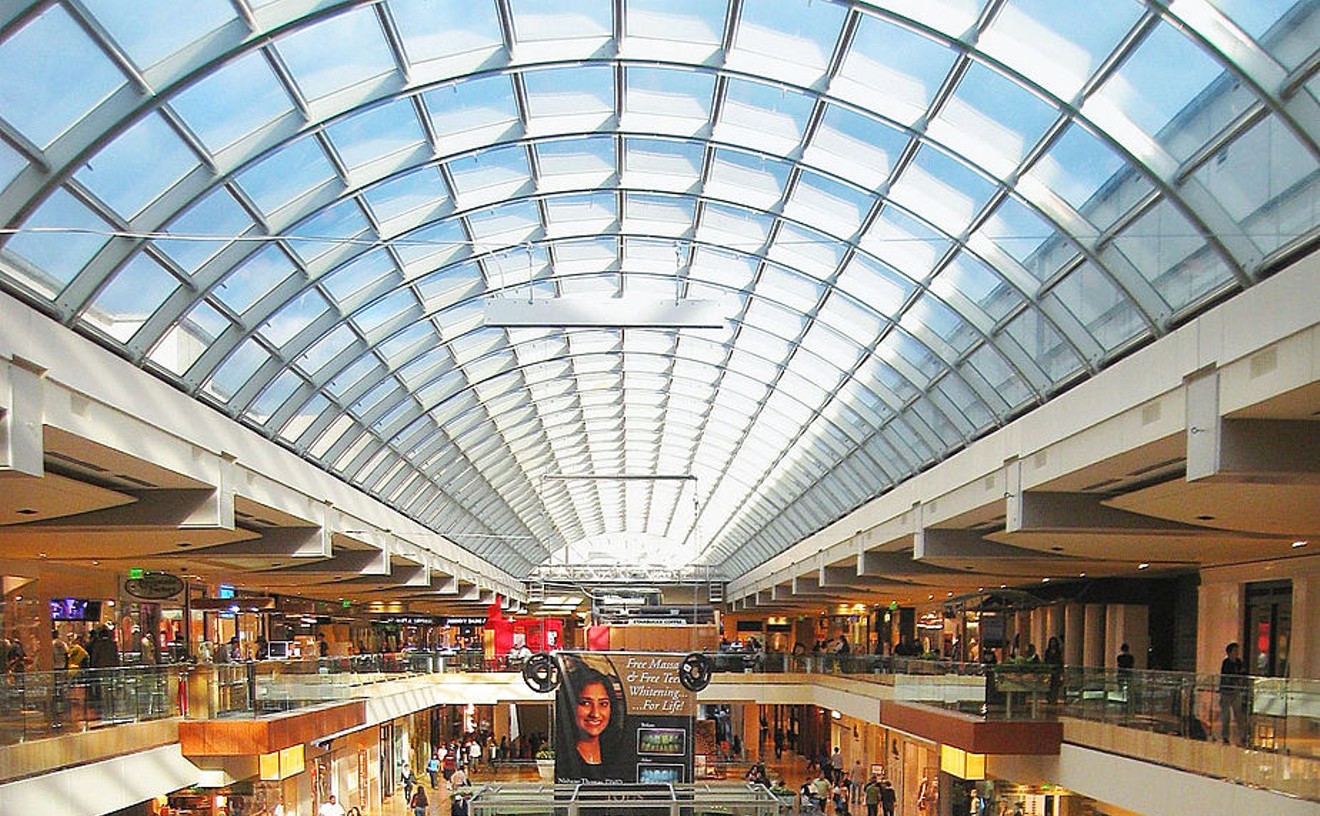 Photo by Postoak at English Wikipedia via CC

Between our unforgiving climate and historical myopia — our most famous building has been in ruins for more than a decade — it's not surprising that Houston struggles to attract tourists. When it comes to spending money, though, we're a world-class destination anyway. Home to 3 million square feet of the city's swankiest department stores, specialty boutiques and shopping-mall staples, from Victoria's Secret and Disney to the Apple Store, the Galleria attracts hordes of out-of-towners every year; if they're anything like us locals, more than a few must come just to gawk at all the conspicuous consumption. Opened in 1970, this is Houston's retail Shangri-La and, of course, a place to avoid at all costs when a major event like the NBA All-Star Game or the Super Bowl is in town. Otherwise, it's got a killer ice rink, the mall-in-miniature "Little Galleria" play area, abundant upscale dining options, and surely one of the nation's best food courts — all of these make the Galleria a great place to take your visiting company, even if shopping isn't their bag. 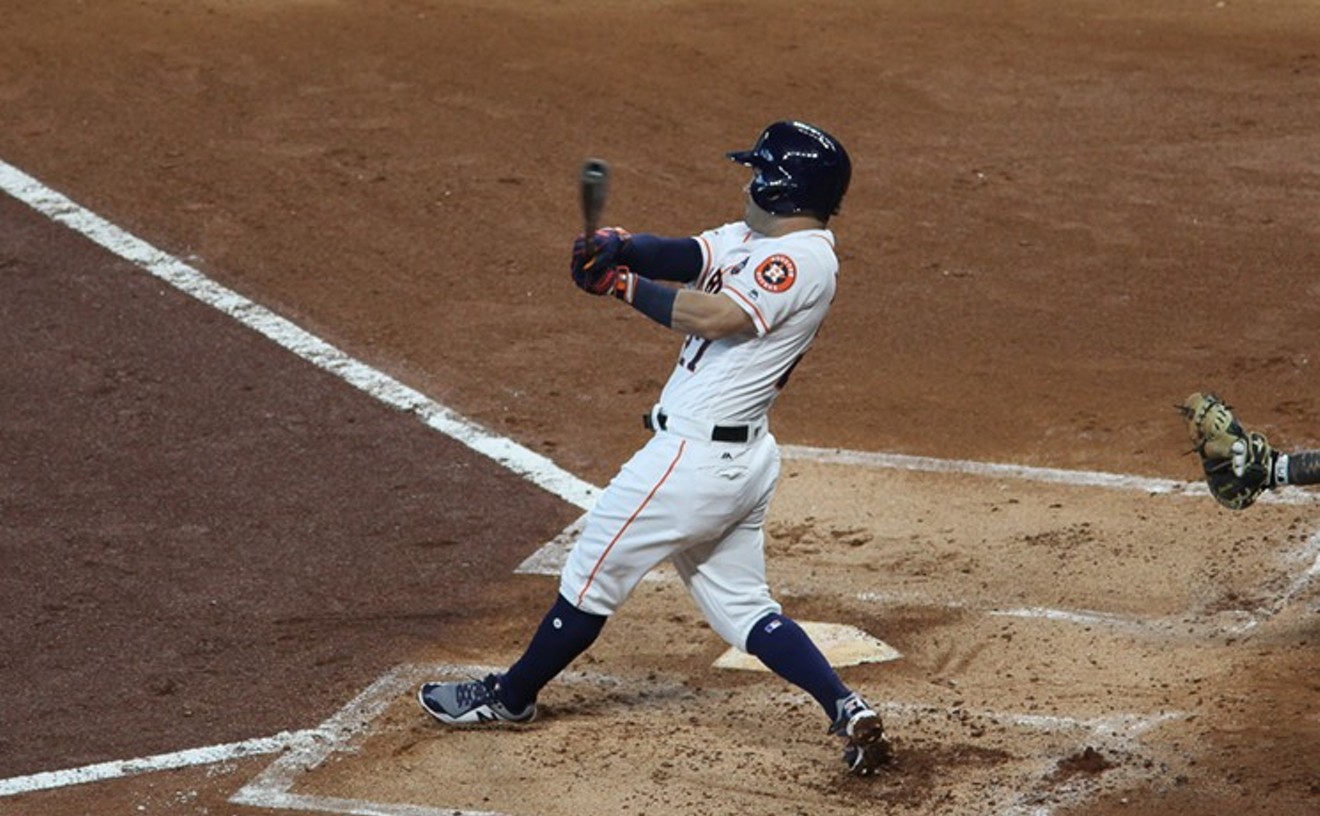 The Astros second baseman and American League MVP candidate is one of the greatest hitters the franchise has ever seen, but few in MLB history have managed his feat of hitting nearly .500 in the month of July — his .485 average ranks him ninth all time in that month. Even by Jose Altuve standards, that's a ridiculously torrid stretch. What is remarkable about Altuve is how consistent he is at the plate. It is more likely he goes 3-4 on any given night than 0-4. He's that good and appears to only be getting better, which is good news for Astros fans. 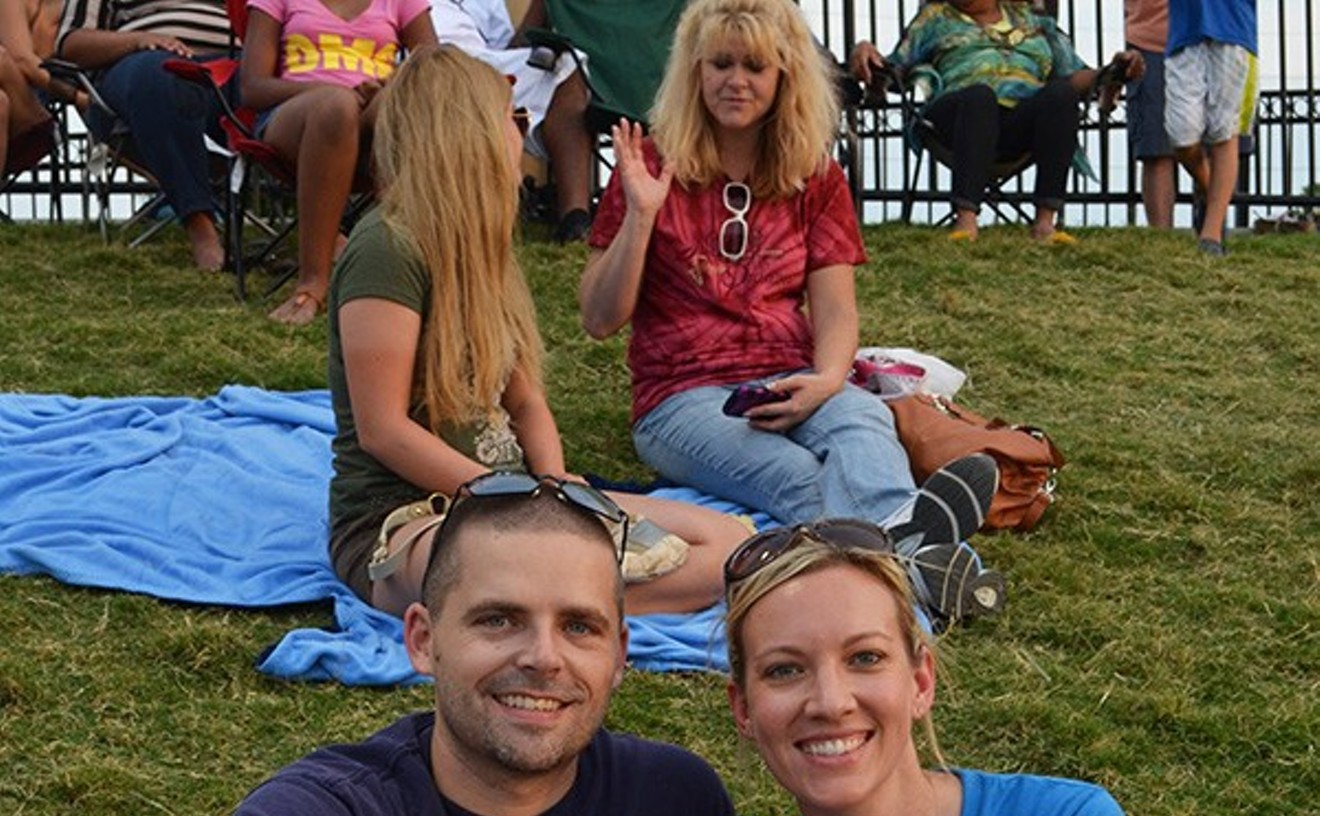 In a city where the major league ball club has gradually become one of the hottest attractions in the sport, it helps to have another baseball outlet where you can find many former and aspiring major leaguers at a minor league price. Six seasons into their existence at Constellation Field in Sugar Land, the Sugar Land Skeeters have been giving Houstonians tremendous value every night at the park. With outfield lawn seats for just $9, and reserved box seats for as low as $15, it's easy to bring the entire family to a Skeeters game without breaking the bank. Additionally, eating and drinking at the ol' ball game don't require donating a figurative kidney, as may be required at a big-league park. Beer, soda and hot dogs are reasonably priced, and the Wells Fargo Picnic Plaza provides an all-you-can-eat buffet included in the ticket price for, at most, $36 per adult ticket on weekends (youth ticket, $31 on weekends). Finally, throw in the extra attractions, like an outfield playground and a swimming pool (great for company events and birthday parties), and it's easy to see why so many fans in this area have made independent league baseball their live baseball genre of choice. 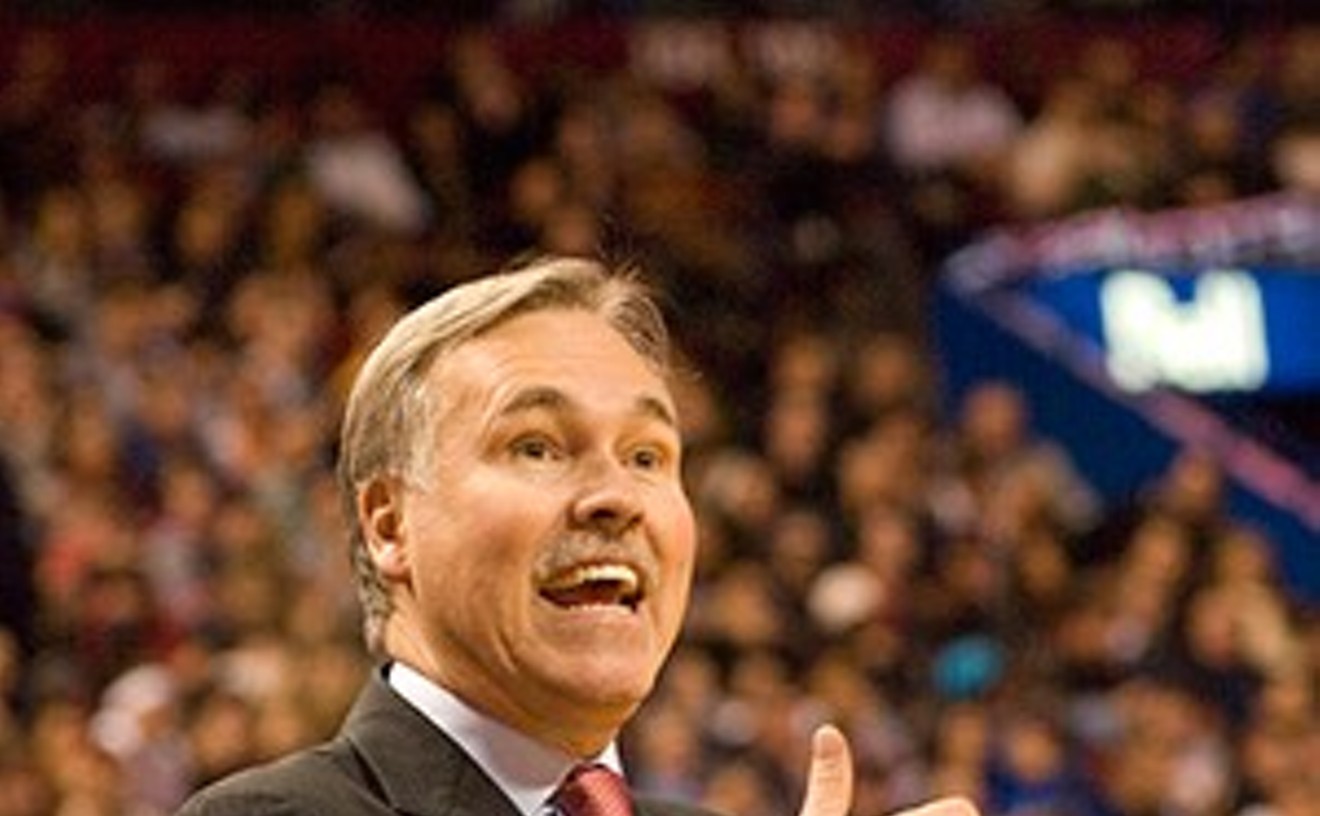 Photo by Matt Hickey via CC

Following a disappointing (and, at times, disastrous) 41-41 season in 2015-16, the Houston Rockets had hit their lowest point since the Yao Ming era. The fan base wanted a "home run" hire as the next head coach, but when the team announced they would be bringing in Mike D'Antoni, the reaction ranged from yawning to angry yelling. After a mid-2000s run in Phoenix, where he averaged nearly 60 wins over a four-year period, D'Antoni had been summarily run out of his last two jobs, with the Knicks and Lakers. Rockets fans were unimpressed. It turns out we could not have been more wrong. With a slight retooling of the roster and a full-time move of James Harden to point guard, D'Antoni turned last season's .500 outfit into the third-best team in the league (by record, 55-27). Perhaps just as important, particularly for those spending big bucks on lower-bowl Toyota Center season tickets, D'Antoni brought in a far more watchable brand of basketball, overseeing a team that set a league record for three-point shots attempted and ended up the second-best offensive team in all of basketball, behind only the eventual NBA champion Golden State Warriors. As coaching hires go, it appears the Rockets got this one right. 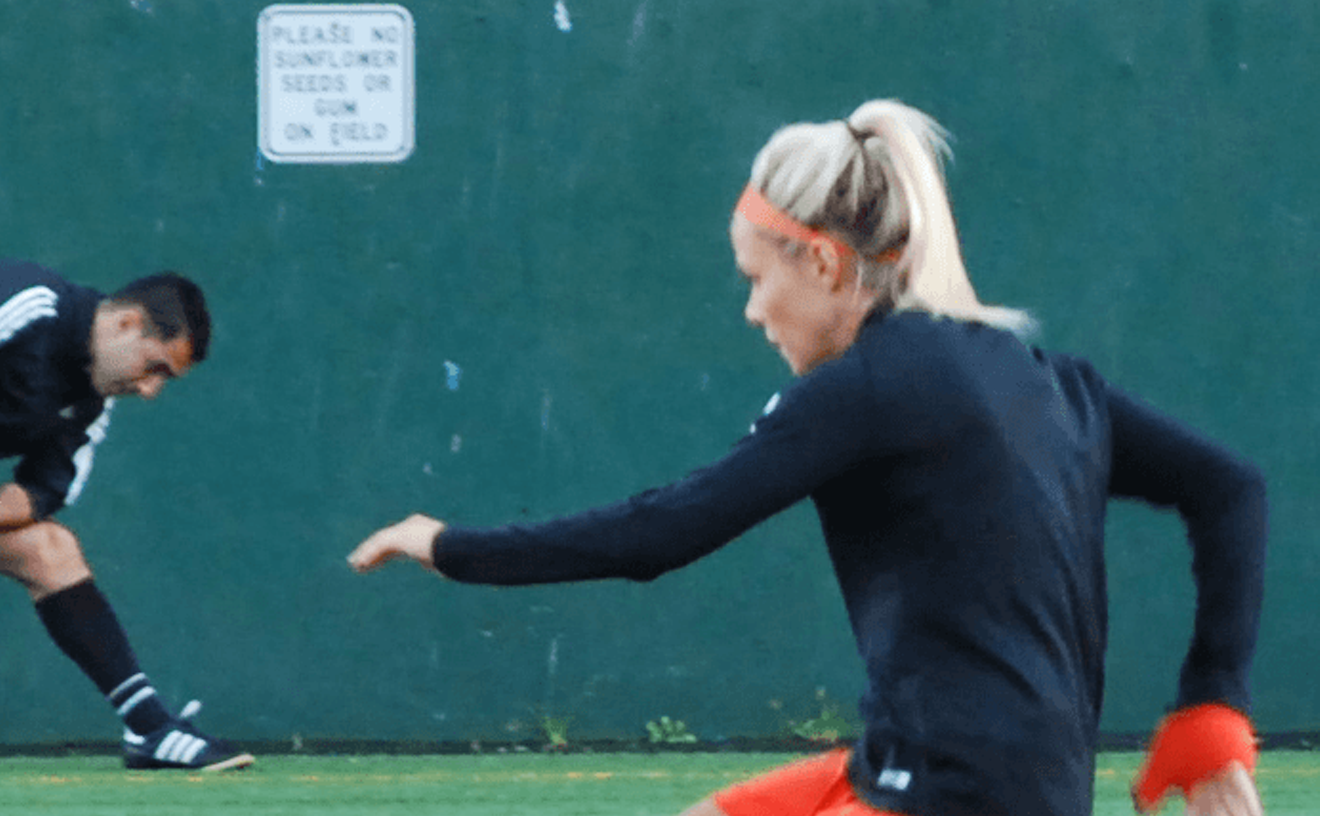 Photo by Hmlarson via CC

Thankfully Dash forward Rachel Daly rebounded after that scary heat-related collapse in May, but her resulting hospitalization for heat illness did cause the National Women's Soccer League to review start times for climates like ours. The English import is riding high on league charts now, having netted 15 points in 15 starts and amassed more than 1,300 playing minutes by the end of July. Not bad for her second year with the Dash; Daly was the first English player selected in 2016's NWSL college draft and has already proven to be disciplined, fearless and a force to be reckoned with. 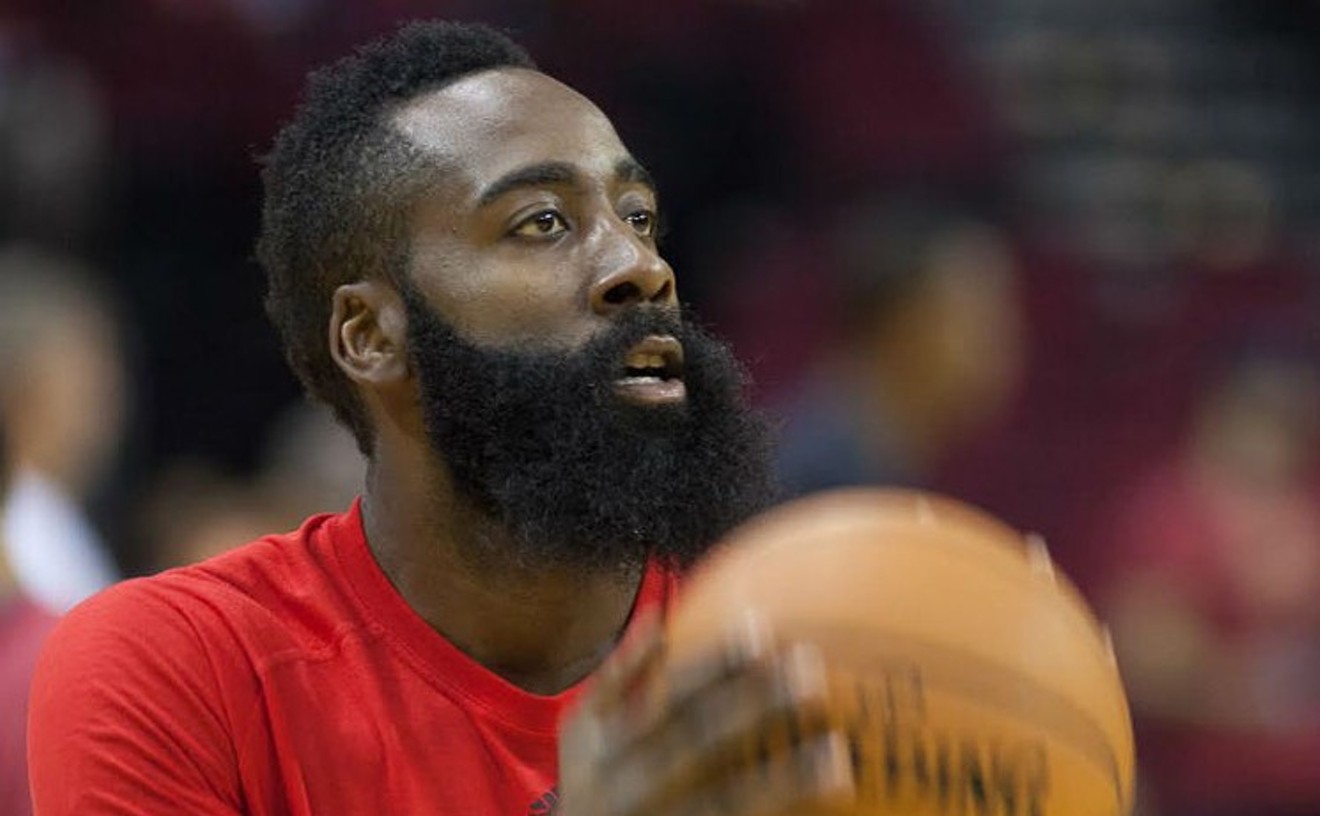 James Harden has taken a whale of a beating on and off the floor since joining the Rockets. But that comes with the territory when you carry the weight of a franchise on your shoulders. Unlike most of the rest of the NBA, the Rockets are a team made up of one player, Harden, and, basically, everyone else. He's one of the most efficient offensive players in the history of the game, and his 2016-2017 season could only have been overshadowed by Russell Westbrook breaking a record no one thought would ever fall. Harden was that good. Now the Rockets just need to get him some help. 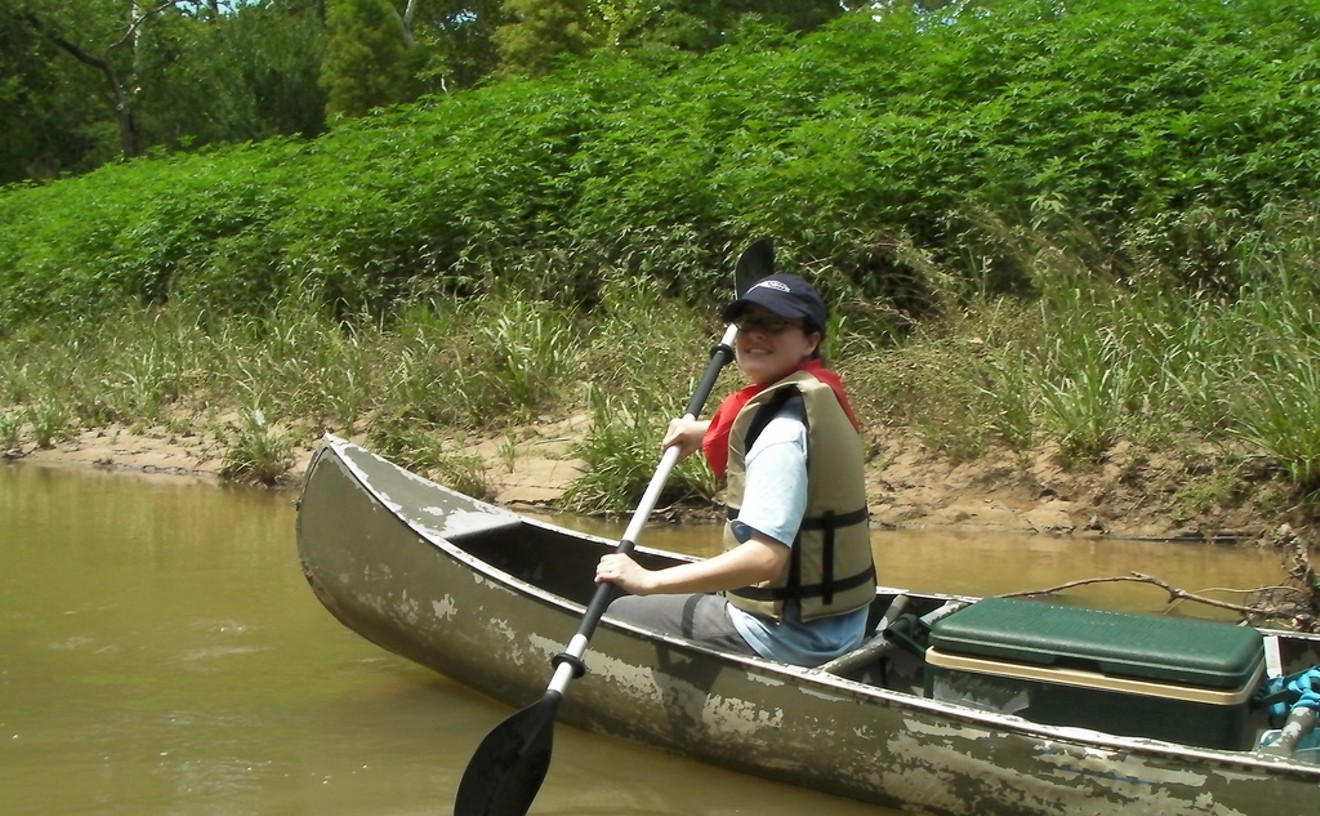 If you haven't been paying attention it's easy to miss that the perfect canoeing opportunity in Houston is right under your nose on Buffalo Bayou. The bayou laces through the city and downtown, and there are stretches of the waterway where you can take in vibrant greenery and wildlife, everything from blinking turtles to snakes hanging out in the water to the trees that line the banks of the bayou, not to mention the sections that play host to majestic blue herons and a plethora of other birds. It's an entire wild world right in the middle of the city. Because of damage to the bayou from Hurricane Harvey, canoe rentals are suspended and will resume sometime later this year. 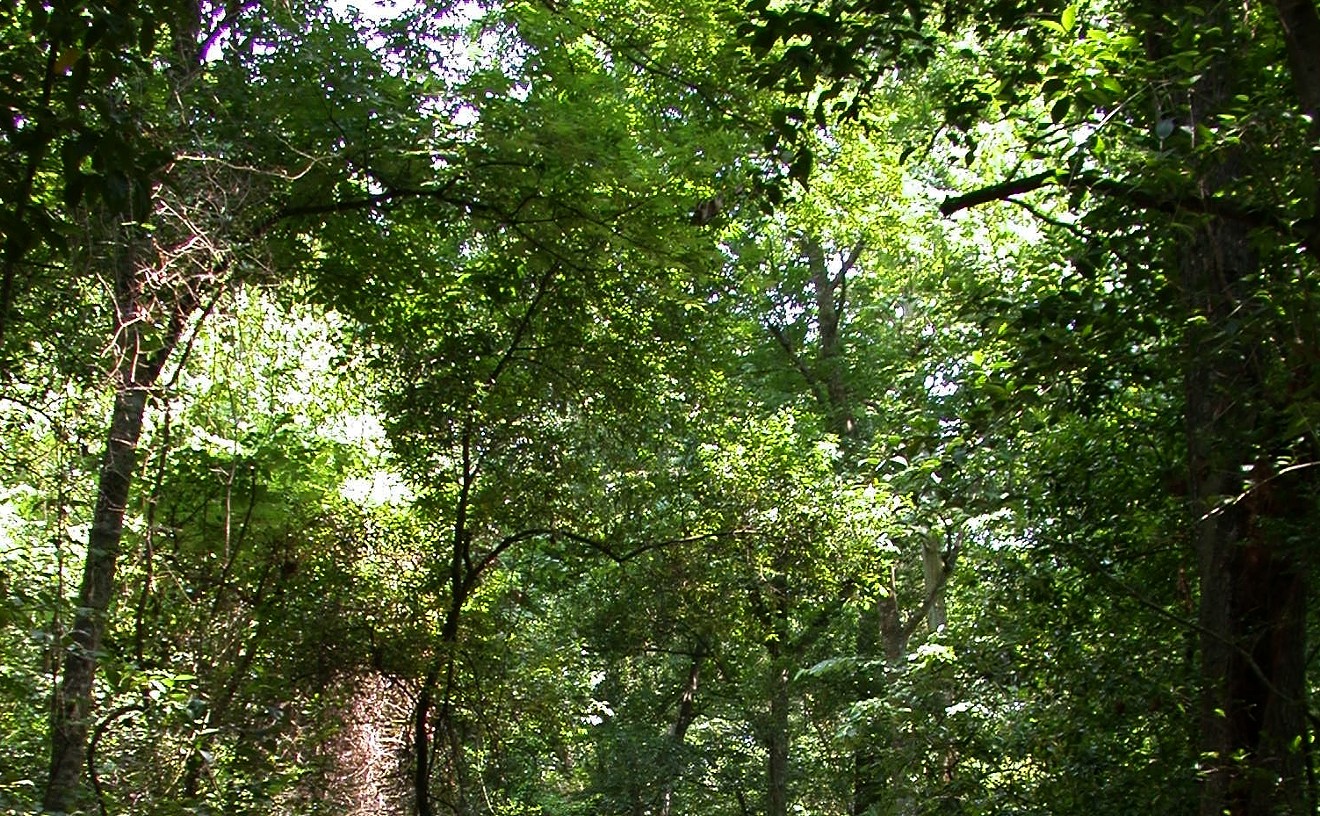 Photo by Bill Jacobus via CC

The Memorial Park trails are Houston's hottest happy-hour scene, and doubly so in summer. Scores of joggers and walkers in varying amounts of workout wear end their workdays by bending a knee (both knees, really) instead of an elbow. The park actually contains more than 30 miles of trails, but most of the action is on the Seymour Lieberman Exer-Trail, the nearly three-mile crushed granite path ringing Memorial Park Golf Course. Here, surrounded by reminders of the park's previous life as the U.S. Army's Camp Logan — "Artillery Woods," "65th Infantry Woods," "Logan Woods" — multitasking parents cruise by pushing ergonomic strollers, young professionals catch up on workplace gossip over gulps of Ozarka instead of cocktails, and hardcore runners prepare for their next marathon. The narrow parking strip near the tennis courts, meanwhile, can get so congested it resembles a Texans tailgate party. Smart exercisers know to come on weekends shortly before dusk, when they can soak up the park's considerable natural beauty practically all by themselves. 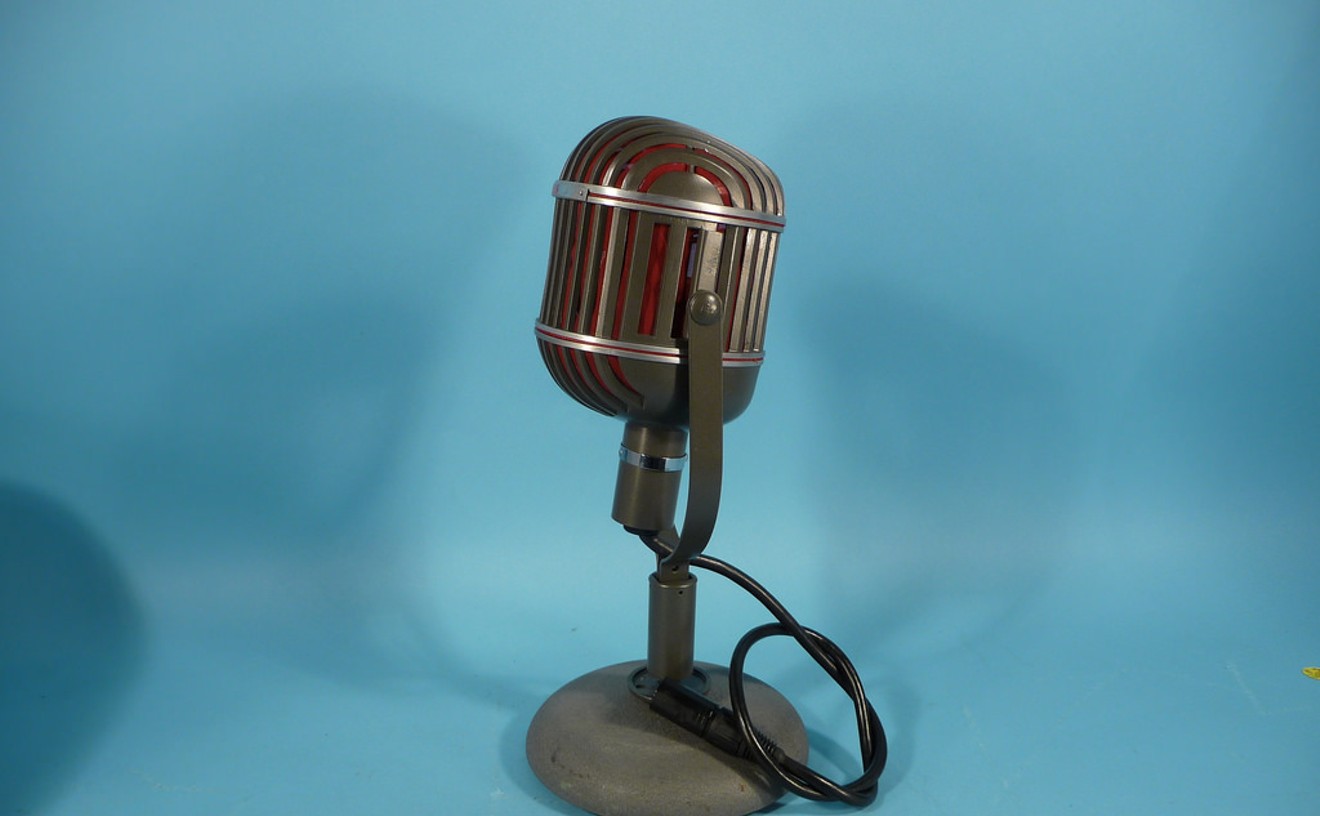 Photo by Roadside Guitars via CC

When it comes to Houston sports, saying Kevin Eschenfelder has seen it all might be an exaggeration, but he's seen as much as practically anybody covering sports in this town (despite still looking as if he just turned 32 years old last week). More recently, over the past couple of years, Eschenfelder has watched the two teams for whom he handles studio duties on the network formerly known as ROOT Sports, the Rockets and the Astros, go from optimistic afterthoughts to two of the best in their respective sports. Eschenfelder's versatility is evident, not just in the casual skill with which he handles pregame and postgame studio duties for both sports, but also in his ability to develop chemistry seamlessly, across sports and personality types, with various cohosts, from Calvin Murphy to Mike Stanton. Go ahead and throw in Eschenfelder's handling of radio play-by-play duties for University of Houston football and even for the Astros on television during a West Coast swing earlier this season, and you can see why the man they call "Esch" has been such a gold standard for other broadcasters at cable networks.