Photo by Jeff Roffman
The Flying Dutchman starts the 2018-19 HGO season.
Houston Grand Opera today announced its 2018-19 season complete with a world premiere, two new productions of classics and perhaps most important of all to many opera goers, a return to its home at the Wortham Center.

Of course, you'll have to wait until October 2018 for all the Harvey flooding repairs to be done.

The Flying Dutchman in a new production takes lead-off position (October 19 through November 2) followed by a revival of the 2012 HGO production of La bohème in which soprano Nicole Heaston will make a role debut as Mimi.

Next up is what's described as an "enhanced revival" of Florencia en el Amazonas with Ana María Martínez , who is always a popular choice for Houston audiences. In January of 2019 HGO will present its first-ever production of The Pearl Fishers, the first opera by Georges Bizet. 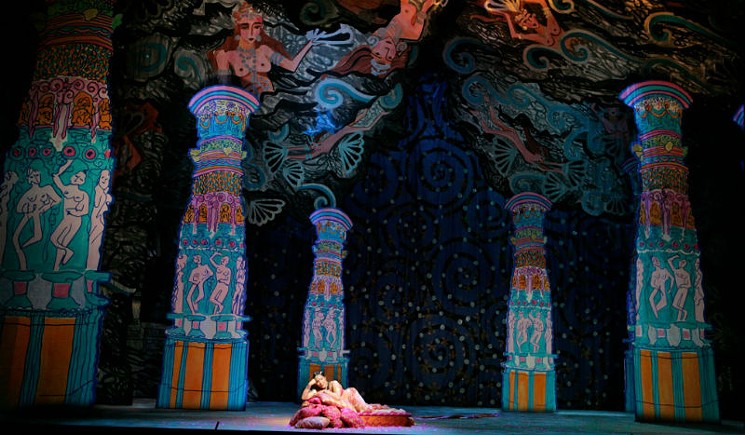 And finally later that April will signal the world premiere of The Phoenix which focuses on the librettist Lorenzo de Ponte, who collaborated with Mozart on three operas and whose own unconventional life was reflected in the Don Giovanni character.  John Caird will direct and HGO Artistic and Music Director Patrick Summers will conduct.

In a press release announcing the season today, Summers was quoted as saying: “Our 2018-19 season is most movingly expressed by The Phoenix because in this important season we are a phoenix of a company, rising not from ashes but from the inundation of Hurricane Harvey that so violently moved us out of our beloved Wortham Theater for a year."

And HGO Managing Director Perryn Leech was quoted as saying: “The tremendous support of the Houston community and our friends and colleagues all over the world has enabled us to keep great opera alive while displaced from our creative home. Through our community collaborations for our Seeking the Human Spirit initiative we have connected many Houstonians, including nontraditional audiences, with the spiritual and healing power of opera.

"We are thrilled to carry this groundbreaking work forward when we return to the Wortham next fall with a season of exceptional presentations of masterpieces as well as creative  new operas, including an HGOco production set in Houston’s own Third Ward. In three seasons so far, our under-25 subscription and Pay Your Age programs have brought nearly 400 young people to opera.” 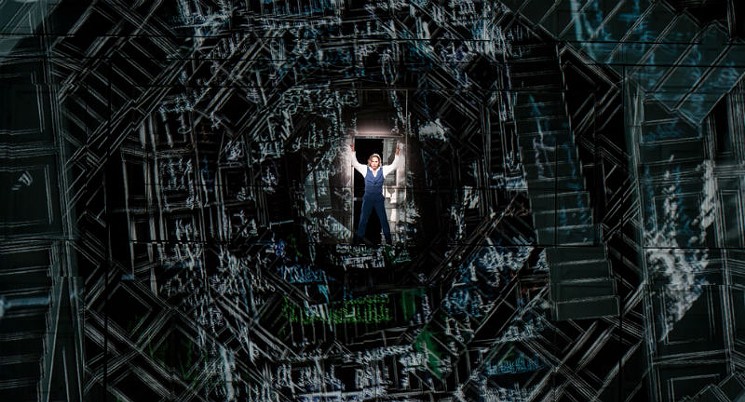 Don Giovanni in a new co-production.
Photo by ©ROH Bill Cooper
Here's the line-up, once again:

World Premiere
Tarik O’Regan and John Caird: The Phoenix
Sung in English and Italian with projected text/translation
April 26, 28m, May 4, 7, 10, 2019