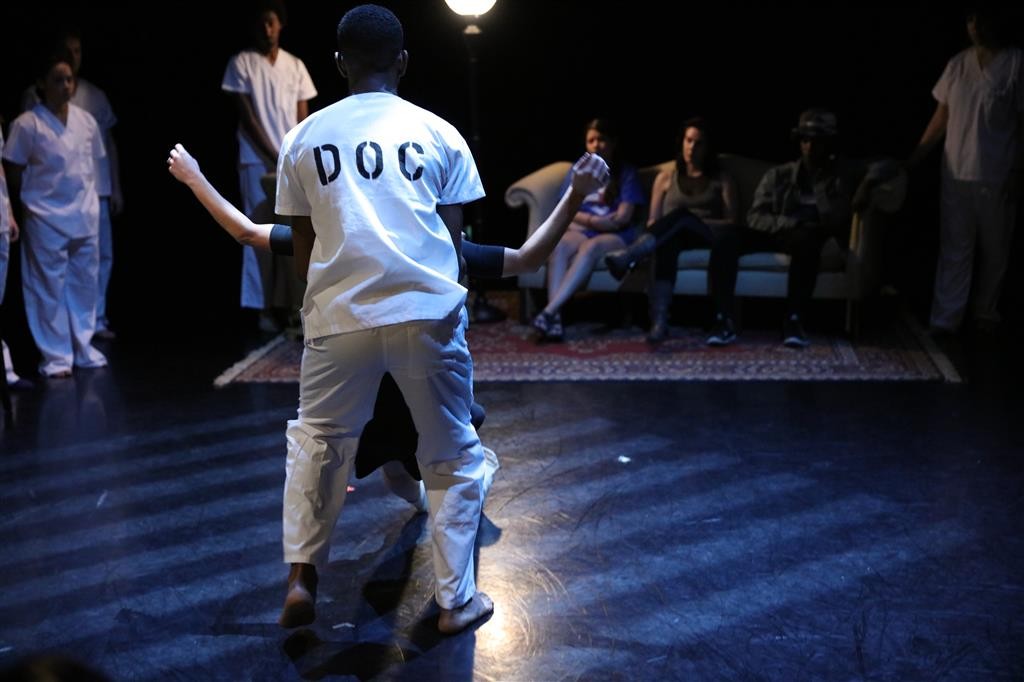 Photo by Jared Doster
The Pilot Dance Project presents Jaime Frugé-Walne's Twenty-Five, a 45-minute exploration of the effects of mass incarceration on families.

Dance-maker Jaime Frugé-Walne is no stranger to trying to change the world through dance, but for Twenty-Five, an interactive dance experience presented by the Pilot Dance Project, she realized she couldn’t talk the talk about the effects of mass incarceration without admitting she’s walked the walk.

“For [Twenty-Five] I made the decision that, okay, I talk a lot about saving the world and doing better for other people, all of these causes that are happening and raising money for various different things, but I’ve yet to really hit home on such an honest level,” says Frugé-Walne. “It’s time to completely be vulnerable, not only from a creative standpoint, but I really felt it was important to be honest about my life.

“[The effects of mass incarceration in the American criminal justice system] is a topic and a social issue that I’m very passionate about because I’ve lived it,” says Frugé-Walne. “It simply is my family’s story.”

The native Houstonian, a graduate of the High School for Performing and Visual Arts and holder of an MFA in Dance from Sam Houston State (where Twenty-Five premiered this past March in the most appropriate of cities, Huntsville), says that this fact often surprises people and admits that putting it out there through her work is terrifying, but also cathartic and, ultimately, her truth.

The varied personal accounts that inspire and comprise Twenty-Five range across age groups, ethnicities and socioeconomic statuses, but they all center around a person caught in the system for a nonviolent crime, from a young girl driving while intoxicated to an older man trying to survive, and the effect their journey through the broken justice system has on their family, as seen through Plexiglas-divided visits and in the spaces of their absence.

Empty chairs and partitioned visits are highlighted in Jaime Frugé-Walne's Twenty-Five, a 45-minute exploration of the effects of mass incarceration on families.
Photo by Jared Doster
“A lot of times we talk about the inmates and what’s happening behind bars, but sometimes we don’t talk about what happens to the family members,” says Frugé-Walne. “What does [it] look like when you have a family member missing for birthdays upon birthdays and Christmases upon Christmases and it’s just this empty chair at the table?”

Audiences for the Houston premiere of Twenty-Five will be limited to 15 per performance, with each person paired with one dancer who will guide them through four different environments. Frugé-Walne says that Punchdrunk's Sleep No More inspired her to keep the audience small and strive toward being not just immersive, but interactive and intimate with an emphasis on one-on-one exchanges. “I don’t want anyone to get lost in the shuffle,” says Frugé-Walne, adding that she believes Twenty-Five’s interactivity helps spark a deeper, and much needed, conversation.

“[Twenty-Five] really shows that this can happen to anybody. It could happen to you. If it’s happened to me, it could happen to the woman sitting next to me at Whole Foods or in a restaurant,” says Frugé-Walne. “We need to create a call to action and continue the conversation. We’re not done talking [and] we need to act.”