EL LAGO Will Bring Their Magical Sounds To In Bloom 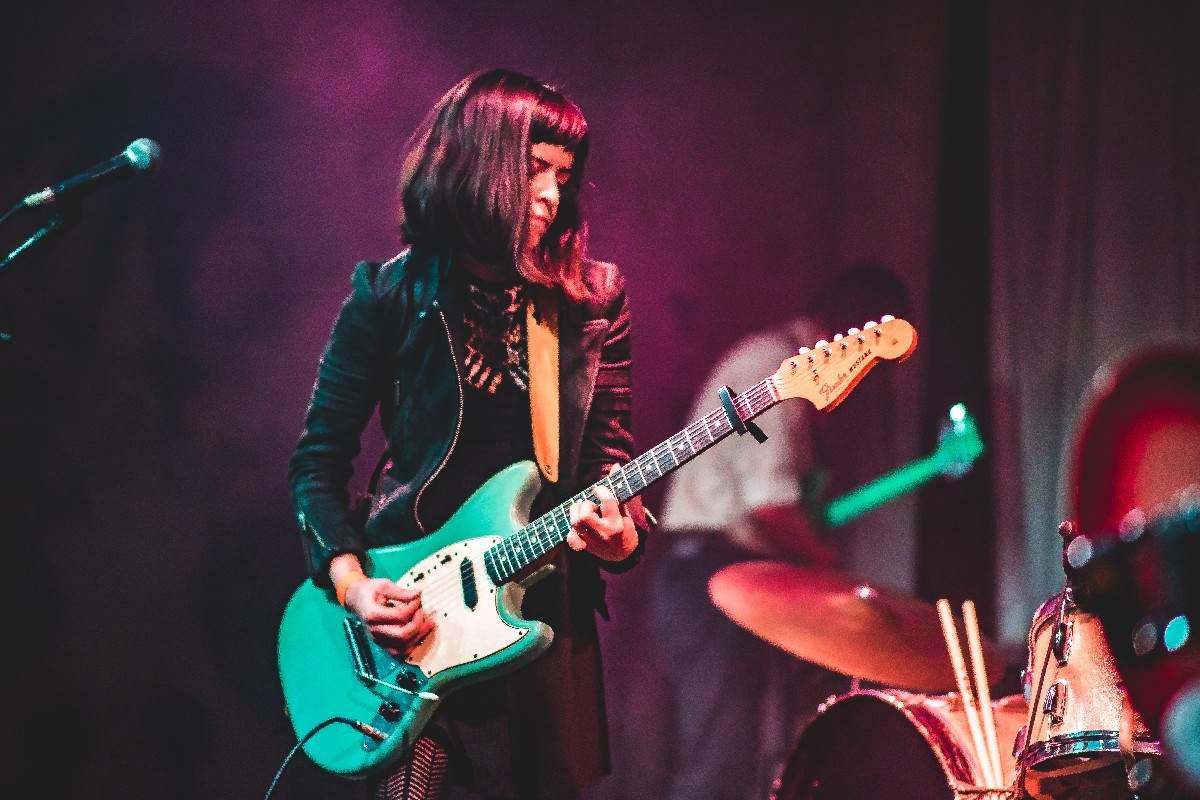 Photo by Jordan Asinas
EL LAGO will keep things fuzzy and pretty for their set at In Bloom Fest this weekend.

There are only a couple of times a year you can see a band that makes you wonder where they came from, why you haven't heard of them before, or how are they not a bigger band than they are. However, the first time I caught EL LAGO, those were the thoughts than ran through my head. After a lineup change, a change in directions, and a pretty gorgeous album with Colors, the Galveston based shoe gaze act is ready to place their stamp on this weekend's In Bloom Festival. The Houston Press sat down with the band to discuss, the band's name, where they see themselves headed, and what they have planned for the festival.

When a band comes up with a name, it should be something they're okay with. There have been plenty of instances, where you can read about a band hating their name after ten or 20 years in. The best band names are those that have some meaning, which is what it seems when it comes to the name EL LAGO. "The guys in the band named us after the small city we practice in. Basically, it's a neighborhood from the '60s, where a lot of the Apollo astronauts lived. As a band, we still need to tour the Johnson Space Center," remarks singer Lauren Eddy.

The band, has had some pretty strong times together, including nabbing two great pairs of ears in Austin Sepulvado (Dollie Barnes, Buxton, Vodi) and Steve Christensen (Band of Heathens, Robert Ellis, Khruangbin) as producer and engineer of their album. Grabbing a Grammy winner and a tone chaser isn't an easy feat for most bands, something that El Lago knows all too well about. As per bassist Jake Villarreal, "Both the Galveston and Houston music scenes have been great communities to be a part of, and we owe a lot to so many people. Austin caught a few of our shows early on and approached us about working with Steve. At the time, we were probably wandering a little aimlessly with our recording approach. The whole experience was such a good one. I think I can speak for all of us by saying we feel extremely fortunate and appreciative to have been able to work with Austin and Steve. Plus, Steve is an old shoegazer himself."

The artwork for Colors is different yet familiar at the same time.
Colors artwork by Kevin Flores
Looking at the cover art for the band's debut album Colors, it's surprising as to how cool it looks while conveying much about life today, making it more relevant than the band may have realized. "Kevin Flores is an artist who lives in Galveston who does really great tattoos as well as art and paintings. Lauren saw some of his drawings and was attracted to the realism of his work, which has a certain amount of gravity that we really hoped was a good match for our music," explains drummer Charlie Eddy.

As per Lauren Eddy, "I guess it was a little risky to commission for an album cover, but I really love Kevin's aesthetic, and it actually put me at ease to put the album's look in Kevin's hands. The drawing itself-is continuous-one single sheet-which amazes me. At least in my mind, each element corresponds to one of our songs. I was returning to one of his images posted on his Instagram page, with all of these disparate images in red, the sizes all different with a border around it. It's very beautiful and a little bit dark and intriguing. You feel like each object carries some kind of significance just because of the way they are chosen and arranged. It's sort of like a dream where it may be symbolic, or it may just be surreal and kind of randomized."


EL LAGO, as a band, has evolved in the past couple of years going from an almost wall of sound to a mix of indie rock and shoegaze. Asked why this happened, the band gave us more information than we expected. Jake Villarreal explains, "many of the songs on our record were written early on, and I don't think we ever discussed what type of music we wanted to play, what sound we were going for, or even what our ambitions were. We all had our personal influences, but most of us were also playing a new musical role as individuals, which maybe lends itself to a fresher approach. When you start playing out, you naturally start getting feedback on how you sound. It's weird how you can start to categorize your own band's sound through other people's words. I don't think we really want to fit a dream pop or shoegaze sound, but there are definitely some influences, some after the fact if that makes sense."

"We were really isolated from other bands when we started writing, so the evolution has always felt out of my control. Being in EL LAGO is really fun because we can be on a psych or a shoegaze lineup, then turn around and play a DIY show with punk bands at a VFW hall," remarks Lauren Eddy.

Whether or not the band is comfortable with how they've been categorized, the one thing that's stayed constant is the power of their live performances. There's always been a positive energy that surrounds the band while they seem to feed off of one another.

It made us wonder if the band was always that way, even during practices and when they write together. Explains "I think every band has their on and off days when it comes to writing. Not every session is going to be the smoothest or most exciting process. But when we do have our "on days," when all of the pieces click; it's definitely a tangible and mutual excitement from everyone where we're feeling really plugged in and inspired," says guitarist Jaron Hall.

"We can really start with something basic, and everyone just starts organically layering multiple parts," he says. "Sometimes the energy is so high that we'll start rocking our stage moves right there in the practice space. Before I know it, we've been basically jamming the same song idea for 20 minutes and I stop and think, "man that was pretty killer, someone was recording that, right?"

Whether or not the band will be recording their practices is yet to be seen. You can stream EL LAGO's music in all of the usual places, or you can order the cassette version of Colors from Miss Champagne Records or from the band's Bandcamp page. You can witness the energy and magic of EL LAGO when they perform on Sunday March 25 at In Bloom Fest. The all ages festival will include performances from Beck, Martin Garrix, Incubus, Wolf Alice and many more. Gates at 11 a.m.; tickets $79 to $299.