Nate Bargatze's Success Was Worth the Wait 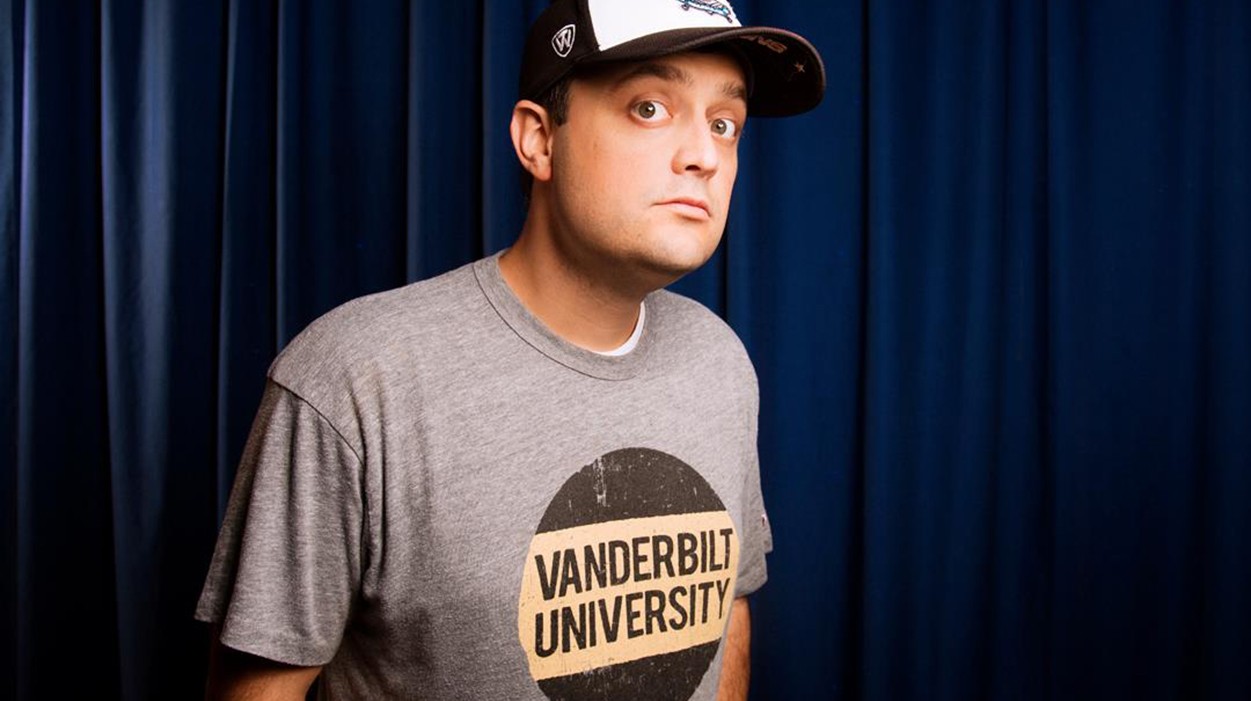 Photo courtesy of Nate Bargatze
Comedian Nate Bargatze plays a total of six shows between June 28 and July 1 at the Houston Improv.
In many ways, stand-up comedy is a young performer’s game. Throughout history, the biggest stars – from Eddie Murphy to Amy Schumer to Dave Chappelle – were household names by their early 30s. Even folks like Conan O’Brien, Rosie O'Donnell and Jimmy Fallon had their own talk shows by their mid-30s.

Nate Bargatze is certainly not the definition of an overnight success.

Bargatze, who plays six sets at the Houston Improv between June 28 and July 1, will turn 42 at the end of this month. And while he is now at a point where he’s playing multiple sets in increasingly bigger rooms, coupled with television appearances and a Netflix special, Bargatze is just now beginning to experience the success many of his peers uncovered a decade prior.

“You can hang around and do a bunch of things, and that will certainly help get your career going where you want it to go,” Bargatze said on a recent phone call. “But you need those appearances that get your name and face out there. And Netflix has changed the game, by far. Nowadays, you need that special.”

No issue there, at least as Bargatze is concerned. He, along with other up-and-coming comedians, is featured on the Netflix original, The Standups. Bargatze takes particular pride in getting to share a streaming outlet alongside comedic giants like Dave Chappelle, Chris Rock, Sarah Silverman and Jerry Seinfeld.

Coupled with recent appearances on Marc Maron’s “WTF” podcast, along with appearances as such festivals as Bonnaroo and South by Southwest, the Tennessee native has watched his star grow in recent years.

However, Bargatze’s true emergence began five years ago when he toured as part of Jimmy Fallon’s Clean Cut Comedy Tour. The tour, which blended music and comedy, did so in a relatively clean fashion. Since performing on the tour, he has been praised by fellow clean-cut comics like Jim Gaffigan, who called him “one of the top up-and-coming comics” in Esquire.

Even decidedly non-clean-cut comics like Maron, who called Bargatze a comic “who should be big” in Rolling Stone, are unanimous in their praise for Bargatze.

“It’s unbelievable to hear that, because those guys are my favorites,” Bargatze said. “You want people in your own field, particularly people that successful and talented, to notice you, and when they do, it’s awesome. I’ve become friends with those guys, and in getting to know them and seeing their shows, you get to see a piece of their world. It’s fun to see that.”

Now, Bargatze – with his laid-back approach and slight drawl – strikes me as a fairly nice guy, so I issue him a warning. Perhaps tone down the vocal support for his beloved Tennessee Titans when he gets to Houston, considering, ya know, they used to this city’s NFL team. Also, the UT you hear about in Houston is likely not the same UT to which the Tennessee native is accustomed.

“Ha, yeah, growing up, UT was always University of Tennessee, but then I started travelling around and realizing maybe it didn’t read that way to everyone else,” he said. “But I’m just a typical southern dude. I like things like sports, so that’s what we talk about. Hopefully, that makes me more relatable and someone the fans kinda like.”

It’s at this point in the conversation, considering we’re on the topic of on-stage material, that I must ask how politics plays into Bargatze set. After all, with the current state of affairs being so hot button – and with seemingly everyone, positive or negative, having an opinion on the Commander in Chief – doesn’t this make for easy comedic fodder?

It does, Bargatze admits. Nonetheless, that’s not his thing.

“Man, I don’t go there,” he said. “If a joke came up and I thought it was funny, that might be different, but I think it’s nice to give people a break from politics. You come to the show and you don’t have to worry about getting all riled up or getting told whatever, which you may not agree with. There’s enough politics out there already, enough people yelling.”

If Bargatze seems relatively unaffected by life, there’s good reason. His father was, after all, a clown (and clowns are scary) who later became an award-winning magician. Bargatze’s father wasn’t some part-timer either; he wholly dedicated himself to his craft, something his son would utilize later in life.

“It was never a hobby for him; it was something he took very seriously,” Bargatze said. “He became very good at it through that hard work, and that’s something I took from it. If you do something, you’re good at it, you work hard at it and you love it, the possibilities are endless.”

Performances are scheduled for June 28-July 1 at 8 p.m. on Thursday, 7:30 and 9:45 p.m. on Friday, 7 p.m. and 9:30 p.m. on Saturday and 7:30 p.m. on Sunday at Houston Improv, 7620 Katy Freeway. All shows are 18 and up. For information, call 713-333-8800 or visit houstonimprov.com. $20-$30.
California Privacy Policy California Collection Notice
Do Not Sell My Info
Use of this website constitutes acceptance of our terms of use, our cookies policy, and our privacy policy The Houston Press may earn a portion of sales from products & services purchased through links on our site from our affiliate partners. ©2022 Houston Press, LP. All rights reserved.