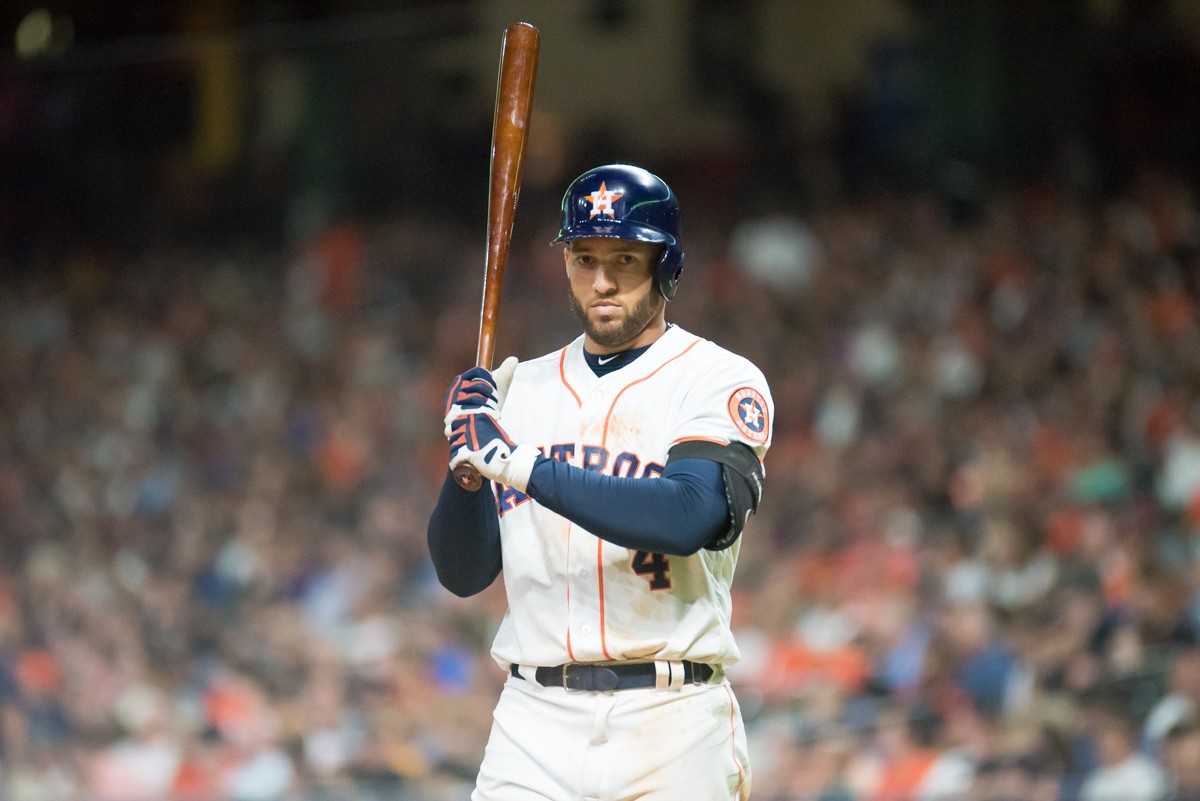 Photo by Jack Gorman
When Cole Hamels dinged George Springer, a rivalry that was already forming got heated.
For a very long time, there was no contest. The Rangers owned the Astros. From 2001 until 2012, it didn't really matter. The two teams met only a handful of times each season, typically two series, as part of inter-league play, the Astros still in the National League and the Rangers in the American League.

During those 12 seasons, the Silver Boot (the "trophy" given to the team who wins the season series) was handed to the team in Arlington nine times. The only exceptions were 2002, 2003 and 2006. In two other seasons, the Rangers and Astros tied in wins, but the Rangers outscored them. Apparently, when it came to the Silver Boot, soccer rules applied.

But that changed in 2013 when the Astros moved to the AL West and suddenly there was more on the line. Unfortunately for the 'Stros, they were in the heart of their planned downward spiral that saw them lose more than 100 games in three straight seasons. In four of the next five seasons, the Rangers laid waste to the Astros including a 15-4 advantage in 2016.

The past two seasons have seen a role reversal with Houston playing the bullies. After wrapping up a short two-game series sweep in Arlington on Wednesday, the Astros guaranteed a season series win, leading the Rangers 12-4 this year with only three games left, all at Minute Maid Park.

Frankly, given the fact that there had been periods of dominance by both teams didn't make for much of a fight, but that changed last year.

Fans will remember the Astros having a series against the Rangers scheduled in Houston immediately in the aftermath of Hurricane Harvey. Astros management asked the Rangers to simply switch home series with them, moving those games to Arlington while a later series would be at Minute Maid. The Rangers declined and the series was moved to Tampa Bay.

The final series of the season, the one that was supposed to be at Minute Maid, saw a dominant Astros ballclub absolutely destroy the Rangers 37-7 over three games. The message was loud and clear and it was obvious a bitter rivalry was developing.

This year started much like last with the Astros laying waste to the Rangers in the opening series of the year in Arlington. George Springer tagged them for three home runs including two against Cole Hamels. But, in May, Springer was hit on his left elbow by a fastball from Hamels during a one-run loss and it, as they say, was on.

Unfortunately, the Rangers continue to be a bad team, but eventually, they will right the ship. When these two teams finally get on equal footing, it could make for some very feisty division match ups, something the Astros haven't had since they left the Cardinals and the National League Central. With sparks already flying, the importance of division games and the natural animosity between Dallas and Houston, there is no reason an Astros-Rangers rivalry won't ultimately make for some exciting baseball in the coming seasons.
California Privacy Policy California Collection Notice
Do Not Sell My Info
Use of this website constitutes acceptance of our terms of use, our cookies policy, and our privacy policy The Houston Press may earn a portion of sales from products & services purchased through links on our site from our affiliate partners. ©2022 Houston Press, LP. All rights reserved.