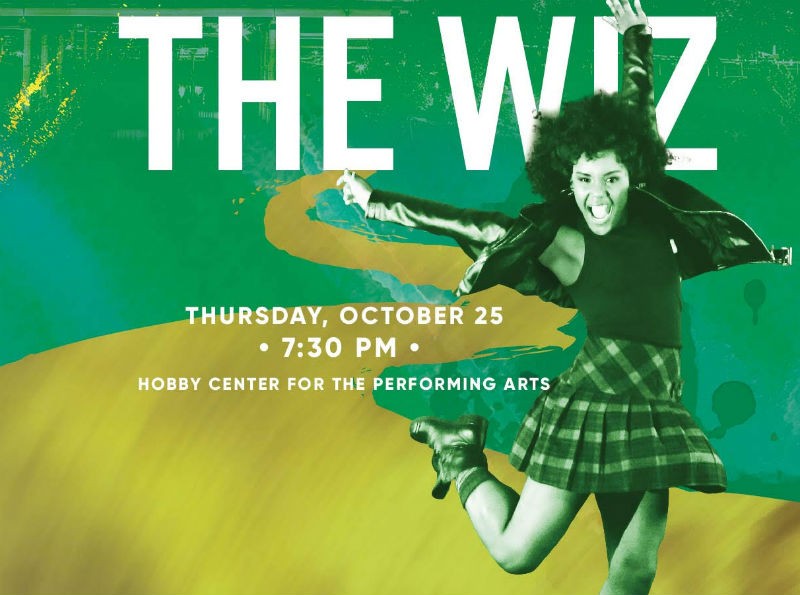 Photo courtesy of TUTS
Get ready for a new version of The Wiz.
It is a retelling of a classic story, set in modern African-American culture that for many people is as important as its origin material. It's Dorothy and Toto and Auntie Em and a Kansas twister that sets a young girl off on a great adventure in which she finds herself as she walks along the Yellow Brick Road in search of the Wizard.

Simone Gundy, who'll be playing Addaperle, in the Theatre Under the Stars new production of The Wiz, the Tony-award winning offshoot  of Frank Baum's The Wonderful Wizard of Oz, admits she wasn't wild about how the 1978 movie turned out, despite the lead roles played by Diana Ross and Michael Jackson.

"I didn't really come around to The Wiz until I saw the stage production which I think is a lot better," she says. The stage production, she says,  achieves what the music tried to do "which was to have a cultural piece that we could identify with as people of color in contrast to The Wizard of Oz."

Gundy, last seen here as Felicia in Memphis, says she welcomed the chance to do a lighter role. Addaperle's magic doesn't always work — which makes the Munchkins (played by the students at the Humphreys School of Musical Theatre) laugh, but sometimes it does.

"There's a couple times in the show when she attempts to do a spell and it actually works," Gundy says. At the same time, Addaperle is a pivotal character in helping to bring Dorothy to the realization that she has to believe in herself.

Besides the story, there's the wonderful music in The Wiz. Besides Ease on Down the Road," Gundy has two favorites" If I Could Feel" sung by the Tin Man and "Home" which she says is so iconic.

The two-act is a short two hours, she says. "The Wiz has definitely lent itself to its success. It’s a great show. It's message is to believe in yourself. Any show that has that type of uplifting theme is going to succeed.".

Performances are scheduled for October 24 through November 4 at 7:30 p.m. Tuesdays through Thursdays and Sundays, 8 p.m. Fridays and Saturdays and 2 p.m. Saturdays and Sundays at the Hobby Center, 800 Bagby. For information call 713-558-8887 or visit tuts.com. $30-$104.50.
California Privacy Policy California Collection Notice
Do Not Sell My Info
Use of this website constitutes acceptance of our terms of use, our cookies policy, and our privacy policy The Houston Press may earn a portion of sales from products & services purchased through links on our site from our affiliate partners. ©2022 Houston Press, LP. All rights reserved.