Concerts During Business Hours? Why Not? 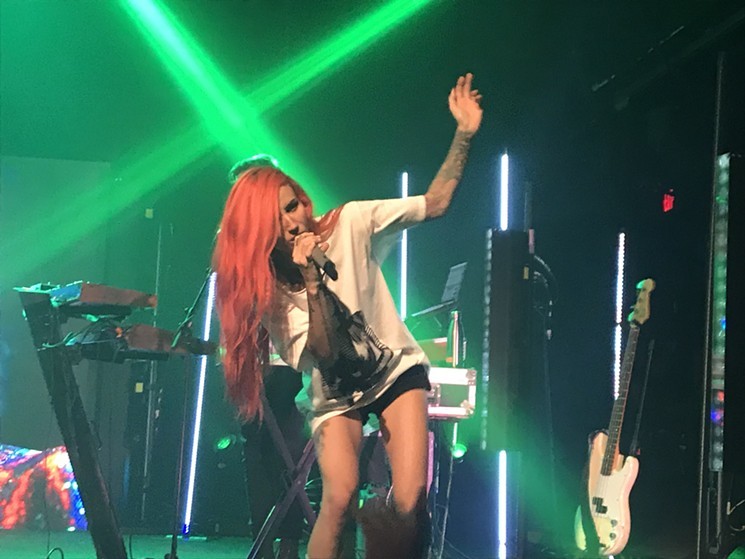 Photo by Jef Rouner
Lights at White Oak Music Hall
Having been both a music journalist and a performing musician, I can understand why we do so much of this business in the dark. It’s romantic and it adds to the sense of rebellion and mystery. I’m kind of starting to wonder if there’s any reason for assuming night concerts as a default, though.

Part of this is the fact that as someone who works from home with flexible hours, I go to a lot of matinees. It’s glorious. Sure, it’s a little weird to come out of a movie or a play with the sun still shining after a literal of lifetime of the opposite, but you get used to it.

My situation isn’t all that rare either. A Gallup survey found that 43 percent of working adults telecommute at least some of the time, and the Pew Research Center shows that 30 percent of the national workforce is self-employed like me. That is a big chunk of people who could catch a concert on a Thursday afternoon if they wanted to.

One of the reasons live scenes have such a hard time staying vital is that the hours are too late. That’s why Japan and the United Kingdom are shifting start times so that people can be home by 11 p.m. Why? Because people have to get up for work the next day. No matter when we have shows, work considerations are going to be a part of the equation.

If that’s the case, why do we hold onto the pretense that a show is some extra thing to be tacked onto a business day? Lack of sleep already costs billions of dollars in lost productivity as it is, which makes any excuse for holding concerts after work kind of moot. You’re going to be less effective the day after a concert anyway, why not get started early and enjoy yourself?

Take a vacation day. The Bureau of Labor Statistics says 76 percent of private American workers get an average of ten such days per year. Those that don’t, when are they working? Often at night or weekends in service jobs, the very jobs they’d have to skip anyway to hit a concert up.

That’s not even taking other aspects into consideration. For instance, childcare. One of the reasons I like to hit matinees is that I can see a film without paying for a babysitter since my daughter is in school. Even during the summer I find it far easier to have a relative take her if it’s during the day since they aren’t tired after a long day and things like the zoo are open. If we’re shunting shows to earlier start times, that’s less late the babysitter has to keep an eye on the kid. I never did get to see the end of Everclear because I felt bad my sister-in-law was still with my daughter after midnight when Art Alexakis and company couldn’t wander onstage earlier than 11 p.m.

Or alcohol. The later the show starts the more drinking is happening, which I know is good for the club but not really good for us as a people. It condenses drinking into one busy area everyone is going to want to drive out from after dark. Overuse of alcohol, again, contributes to loss of productivity measuring in the billions. It seems like we’d be better off holding the concert early where more alert people could have a drink or two and leave with the sun still up and be both safer and more effective.

Do I need to mention how the after hours aspect of the entertainment industry continues to contribute to the idea that the millions of people involved in it are somehow not doing “real” work?

We have this idea that fun needs to be shoehorned in around our jobs, that we should never take a day off to just go see a show. Vacations are these planned things with big production values, not one-off days of smaller magical experiences.

It’s a stupid way to do things. There’s no real reason I can think of that concerts can’t be day events other than the nostalgia and glamour of the night life. There’s something to be said for that, but I’d be curious to see how live music would fare if we embraced it as something worth taking the day off for.
California Privacy Policy California Collection Notice
Do Not Sell My Info
Use of this website constitutes acceptance of our terms of use, our cookies policy, and our privacy policy The Houston Press may earn a portion of sales from products & services purchased through links on our site from our affiliate partners. ©2022 Houston Press, LP. All rights reserved.