Watching My Daughter Clap for Spider-Gwen 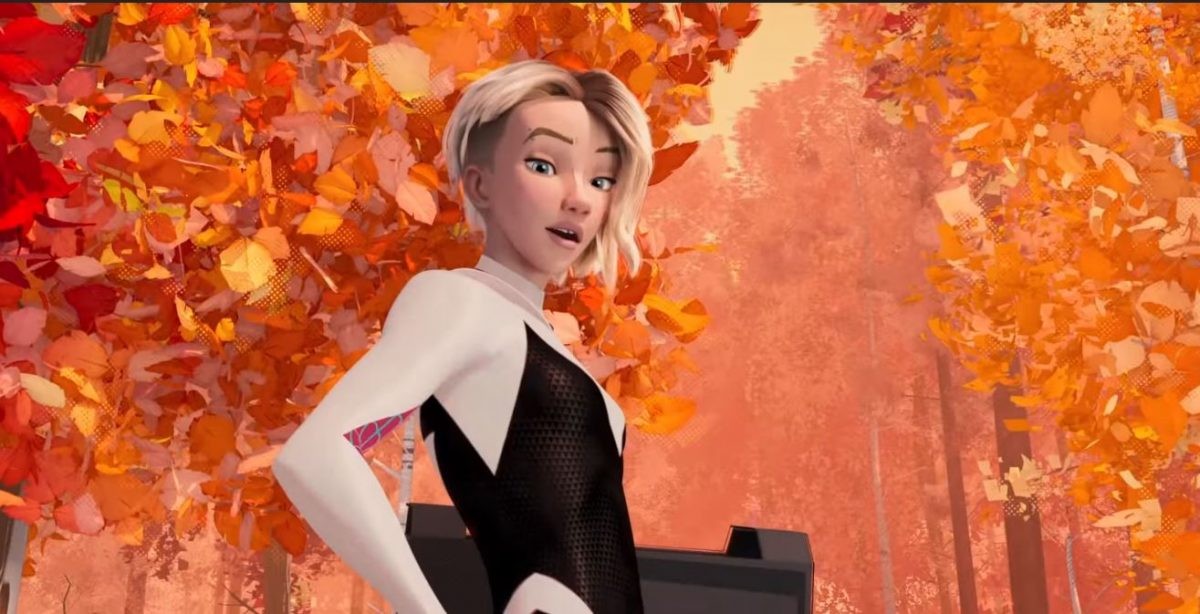 Screencap from Into the Spider-Verse
Spider-Gwen
My daughter is one of the few nine-year-olds with legitimate press credentials thanks to the fact that she tags along with me on a lot of assignments, often as my official photographer. So, when I got invited to a press screening of Into the Spider-Verse she assumed that her services would be required as well as getting into a movie earlier than all of her friends.

She used to be Spider-man obsessed, but that waxes and wanes. Still, she’s been curiously drawn to Spider-Gwen without ever being willing to explain to me why. She keeps asking for the outfit and merch. She won’t watch Secret Warriors with me, but she’ll watch it on her own.

I was watching out of the corner of my eye when Miles Morales and Peter B. Parker were swinging out of Alchemax because I knew from promos that this was where Gwen made her big entrance as a wall-crawler (though she’d already appeared earlier out of costume). It’s a perfect superhero movie beat when it comes. Parker and Morales are in danger, the information they need to reverse the big techno plot device is about to be recaptured by the bad guys, and then in swoops the ghost spider herself like kung fu ballerina.

My daughter had been watching the film like she watched any other until that moment, but I got to see her lose herself the second Gwen swung onto the scene. She put down her Buncha Crunch so she could make web-shooter hands. Her eyes lit up as she watched the action without blinking. And when Gwen settled things down and revealed herself with a cool line, my daughter nodded along as if to say, “Duh, this is how it should always be.”

There’s so much noise about the importance of representation. Legions of toxic fans will actively resist any attempt to move the pillars of the superhero universes away from cishet white guys. People who have spent their whole lives internalizing a cypher of themselves as the power-saviors treat diversity as a loss.

But you see why it matters when people who don’t see heroes like themselves as much finally get one. Just as it’s one thing for the film to say that we can all wear the mask and be Spider-man and another to put the premise to the test. I remember way back when Miles Morales was first introduced and Marvel Editor Alex Alonso gushed about what it meant to see someone like Spider-man be represented by a person who looked more like him.

It’s not a zero sum game. The movie is just as much about a broken-down Parker who feels his best days are behind him learning what it means to be a hero again, and that’s a premise this particular white dude who can no longer even pretend to do whatever a spider can certainly identify with. Parker has to make room for the idea of Spider-man as filtered through other people, seeing the mask as it travels down roads he didn’t take. It never diminishes him. In the end, it saves him.

The screening was handing out little hand-drawn cards of the characters. I grabbed a Spider-man Noir because Nicolas Cage, and my daughter got Gwen. I still catch her taking it out and looking at it sometimes, and I can tell she’s thinking about what the movie said. How it is up to us to be heroes and the paths are truly open for all. Seeing Spider-Gwen in action drove that home more than most things I’ve tried to just tell her over the years about her potential. It finally put the great power part of the equation in full-screen technicolor.
California Privacy Policy California Collection Notice
Do Not Sell My Info
Use of this website constitutes acceptance of our terms of use, our cookies policy, and our privacy policy The Houston Press may earn a portion of sales from products & services purchased through links on our site from our affiliate partners. ©2022 Houston Press, LP. All rights reserved.