Gilbert Gottfried Always Thinks Twice, But Does It Anyway 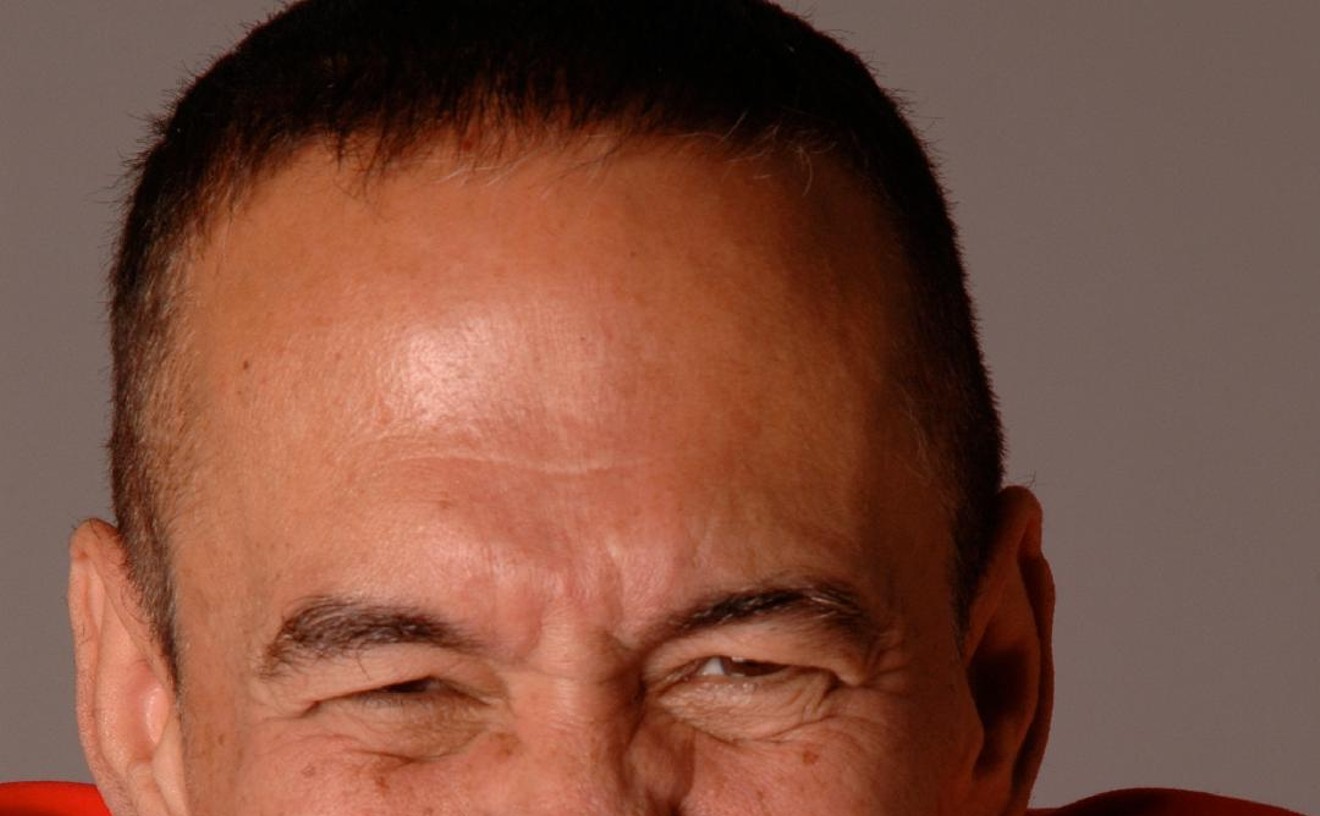 Photo By Arlene Gottfried
Nothing stops Gilbert... but Gilbert

Nobody has had a career like Gilbert Gottfried. The screetchy-voice comedian has been send audiences into can’t-breathe-hysterics for 45 years now, and Houston Improv is getting a taste of the comic’s mad brilliance for a short run of shows, January 11-13.

Despite being one of the most recognizable voices in movies and TV, Gottfried still pounds the pavement as a comic. “First time I got up on a stage I was 15,” he recalls. “That’s what I’ve been doing the longest. It’s that immediate gratification you get, and it’s basically a case of, like they say, dance with the date that brought ya!” The 63-year-old ends most of his replies with an instantly recognizable full-bodied laugh of recognition – ha HA!

On the development of his world-renowned voice, Gottfried doesn’t have much to say. “Its weird because it developed subconsciously. I never sat down and thought I’ll talk this way, or I’ll do this type of material or delivery. Now when people ask me that, it's like going up a person on the street and asking: 'I kinda noticed the way you moved your arms when you when you walk. When did you develop that?'”

Yet in a world where stand-ups are avoiding colleges and losing work over decades old social media posts, how does Gilbert thread the needle of political correctness? “Usually what I always say is – nowadays I think twice, but I do it anyway!” he laughs. “The whole world is going through a CRAZY time now, with people just who love to get offended. It’s just like that song Baby Its Cold Outside was banned in some areas.”

But when a comic’s job depends in part on ‘going viral’ – Twitter is a must. Despite losing his famed position as the voice of the Aflac Duck back in 2011 over a joke on the service, @RealGilbert is going strong with nearly 400K followers. “Yeah, I got a death wish,” he deadpans.

Never one to shy from the light, maybe Gilbert’s most famous example of leaning into the curve comes from 2001 in an oft-told story that has become legend. At the Friars Club Roast of Hugh Hefner, the comic decided to offer up some very fresh material on the 9/11 hijackers (it was September 29). The audience hissed with displeasure and out-of-his bag of tricks, Gottfried emerged with The Aristocrats – a tasteless shaggy dog joke about a talent agent and a disgusting family act of the same name.

It saved the evening. “One critic who reviewed the thing said it was like I performed a mass-tracheotomy on the crowd, and I thought I kinda did. I just told a September 11th joke and after that I felt like I was up there 200 years and the audience hated me so much and I thought might as well do the Aristocrats. I figured you know, screw it? I’ll get a riot started and it turned around. It was just howling and cheering and everything. It was cathartic, people want to laugh in tragic situations!” (This story is detailed in greater depth in the excellent documentary about the comic entitled Gilbert, released in 2017.)

For many who were watching TV in the '80s, you might be surprised to know that Gilbert was briefly as a cast member on the ill-fated Lorne Michael-free season of Saturday Night Live in 1981. Other know him better for his killer spots on the Comedy Central Roasts of Joan Rivers, Roseanne Barr (“ROSEZILLA!”), and yes, Donald Trump.  “Yes, it's strange to think now that you were roasting The President. Who knew?“

But to Millennials, Gilbert’s most iconic role may be obvious: the blabber-mouth red parrot from Disney 1992 smash Aladdin – which is being remade in live-action with Will Smith this summer. “I wished they would have put me in the giant parrot outfit and flown me around on wires!” he cackles. “Its all live action and I don’t know a thing about, other than its coming out.” Any other roles the comic would be happy to be asked to perform? “I’m still waiting to be the next James Bond!”

Beyond the stage and screen, Gottfried has found a niche on the Earwolf network with his own series, Gilbert Gottfried's Amazing Colossal Podcast. “I’ve always been interested in old show business and I thought nobody would care!” he laughs. “But from the people, I get more emails and Tweets of them saying that they didn’t know who I was talking to or what people we’ve been talking about. But they’ve been looking it up and its all become like a fun homework assignment. And I get to talk to people that I’d be interested in talking to but I’d have no reason to call on, Dick Van Dyke and people like that.”

With nearly 200 episodes in the archives, where should eager new listeners start? My one favorite moment is we’re interviewing Adam West, who was the original Batman on TV. And he told me that he thought I would have made a great Penguin!”

Even with Iago the Parrot and the Aflac Duck behind him, perhaps Gottfried still has one more bird in him.