Catching Up With Uché on His Idol Time 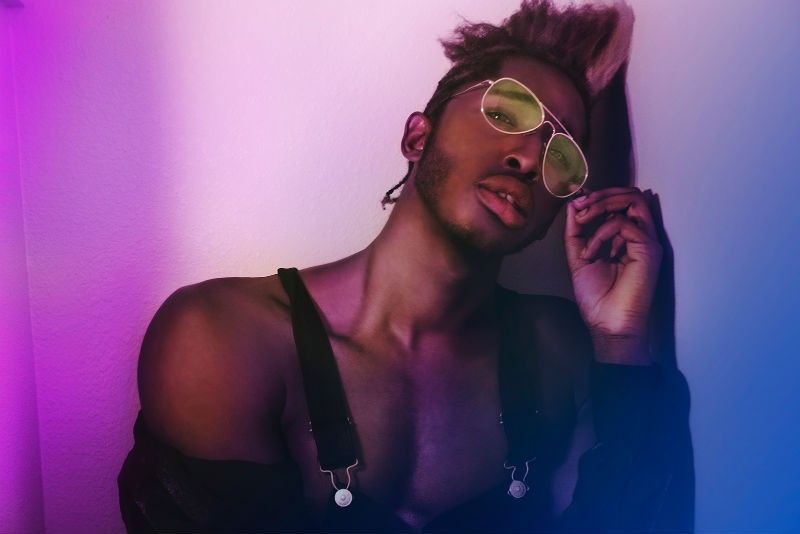 We're on the phone with Uché Ndubizu, the Houstonian who is making waves as a contestant on the current season of American Idol, as he’s watching his own performance on the show. It’s the episode where his version of Jessie Reyez’s “Figures” has prompted Idol judge Katy Perry to feign a fainting spell.

“I am honestly on cloud 9,000 right now. I just watched my performance from tonight and Katy Perry fell on the ground and I’m on the floor right next to her,” he said, sounding awestruck by a moment he recently lived.

As a performer, Uché goes by a single name, like one of his idols, Prince. Sudden fame is still a bit new to the 24-year old from Sugar Land, so he’s gleeful about our interview. He actually squeals a bit as he ponders it. "An intervieeeew!" he gushes. Only moments later, he’s apologizing for briefly interrupting our chat to respond to a message from someone with the show.

Such is life these days for the affable young entertainer. Like an especially thrilling dance move, Uché’s humbly got one foot on the solid ground of home and faith while the other is stepping high to the promise of all that comes with being a top 20 contestant on the high-profile televised singing competition. Though he’s becoming known to millions of TV watchers for his dynamic performances and winning attitude, here at home you’ve literally required to have an invitation to see most of his performances.

“Well, you know I’m in that wedding band, Drywater,” he says of his main gig, though he has performed solo sets at Warehouse Live and at last year’s Madness on Main music festival. “I’ve probably played all the country clubs in Houston and the surrounding areas, all the super-nice hotels, Hotel ZaZa, the new Marriott downtown. Literally every weekend I’m probably at one of those venues doing something. At least in the past. Now that I’m doing American Idol, I don’t know what’s going to happen next!”


The future might be hard for Uché to predict, but he once envisioned the path to his present success. He said time he spent here, in Minnesota and with extended family in Nigeria as a youth pointed him toward his path.

“It’s so interesting how God works because I do feel like all those places and all the parts of my culture and my upbringing have influenced me musically and entertainment-wise. I was born in Houston, lived here ‘til I was six or seven, moved to Minnesota, lived there ‘til 16 and moved back to Houston. I would visit Nigeria a lot when I was younger. In Nigeria, that’s where I learned how to dance,” he said.

“We would have little dance parties on the weekends in the compounds, people would get drums, we’d have music going and we’d invite all the people in the village to come dance and hang out and play double-dutch and stuff,” he recalled. “Every year I’d go back, my cousins and my extended family out there would be like, ‘Ooh, you’re getting better,’ and they would teach me more moves.”

He thought he might become a professional dancer, but back home in Minnesota he saw a commercial for an acting class and reconsidered.

“I had just watched High School Musical and I saw Zac Efron and Corbin Bleu and I was like, “I wanna do that, I can dance like them, I think I can sing and I told my sisters, ‘Can you guys help me tell Mommy and Daddy that I wanna be a star?’”

“I really went up to my mom and dad’s room at like 8 p.m. and we sat at the edge of their big-ass bed and I was like, ‘Mom, Dad, I want to be a star. Can you sign me up for these acting classes?’ and my sisters were there to give evidence like, ‘Yeah, he can sing and he knows all the choreography to High School Musical!’” 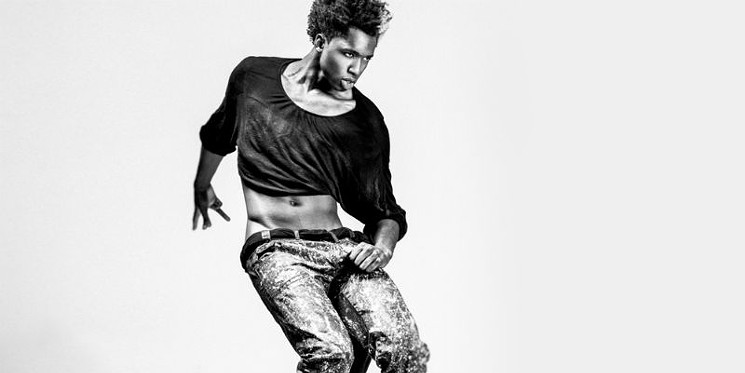 Uché said he learned to dance while visiting relatives in Nigeria.
Photo by Visual Culture, courtesy of Juice Consulting

He says “after a month of begging” he was enrolled in acting class. The instructors there were the first to suggest he stake his future on singing. Back in Houston, he started focusing on his vocals while he finished school at Dulles High School.

He said Houston has a very pivotal role in his current success.

“Everything on that stage that is extra,” is what Houston brings to his act, he noted. “All the picking up the mike stands, all the spinning on the knees, that’s all Houston because Houston performers do not play! Houston, there’s something in our water here. You do not get on stage in Houston and expect to just stand there and sing, you know what I mean, because little Lily who’s eight years old is gonna come up there right after you and kill it and you’re gonna look dumb!”

He let out a big, infectious laugh and continued.

“If you do not give 1,000 percent, if you are not sweating by the end of your song, you did not do it right. And everybody will let you know. Because the next person who comes on, they will scream much louder for that person.”

We asked Uché to give us some insider insight on American Idol and he good naturedly complied.

“I think a lot of people think with these shows that we’re kind of forced to do stuff or the producers have their agenda and honestly I feel so blessed to be on this show at this time because I’ve had so much freedom to do the music that I wanted to do, that I’ve asked to do. They’ve just been there to help us bring that to life as much as they can. They give us the resources to make sure that whatever song we choose to do it’s the best it can be to give us the best chance in the competition. 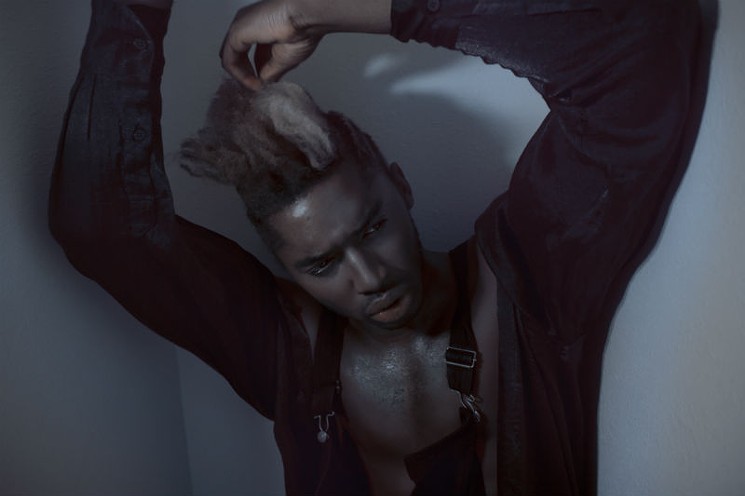 The artist has big dreams, including one day performing at the Super Bowl
Photo by Sean Goodwyne, courtesy of Juice Consulting

“Like the judges said, we can all sing,” he continued. “I just feel so blessed. They’re just there to make sure our vision comes to life.”

Uché exudes confidence. It’s evident in his Idol performances and on the phone, too. But here, just between us, he admitted he is leaning on many to help his dreams (which, incidentally, includes playing the Super Bowl halftime show) come true.

“Honestly, I can’t do it by myself. I pray so much and I honestly truly cannot do it by myself. I have the support of my manager, my family, my vocal coach and God. Without them, I would have left Hollywood Week because you know Lionel was not about to say yes,” he said.

He’s recalling his audition for the Idol judges, how he had to win over Richie and why it was important for him to do so.

“For him to say yes, that was everything and that was God,” he said and added, “God is real,” a mantra he’s adopted and a sentiment he’s unafraid to share with followers as a hashtag that’s popular on his social media feeds.

“For (Richie) to say yes and have his co-sign has made all of this so worth it, it’s been so positive. I know he’s written so much, but The Commodores, that is where I live, that is who I am.”
California Privacy Policy California Collection Notice
Do Not Sell My Info
Use of this website constitutes acceptance of our terms of use, our cookies policy, and our privacy policy The Houston Press may earn a portion of sales from products & services purchased through links on our site from our affiliate partners. ©2022 Houston Press, LP. All rights reserved.