Bandmates Sarah Barthel (vocals/synth) and Josh Carter (guitar/vocals) stood face to face in a spotlight-silhouette performance to begin the night. The New York, psych-pop duo opened up with unreleased track “News Today,” a short a cappella duet. With only the small light and high pitch of Barthel’s voice, the audience's attention was caught.

The pair then erupted into their well known “Black Out Days.” With flashing white lights and a silver sequined dress on Barthel, the shimmering, groovy show was underway. Barthel and the fans in the crowd raised their hands above their head and shared a connection that has been missed for some time.

With Phantogram's last official release in 2016 and last visit to Houston at the 2017 Day For Night Festival, fans were happy to have the electric duo back. The tightly packed crowd at Houston’s White Oak Music Hall, danced together Thursday night  in the friendly atmosphere.

With a long extended note, the scenery and mood changed abruptly with the progression into “Run Run Blood.” Strobing red lights led the glitchy, head-bobbing track as crowd members extended their arms to bounce with the beat. Barthel slowly walked the edge of the stage, surveying the crowd as the song continued.

Technical difficulties struck during the intro of “Don’t Move” as Carter’s guitar seemed to have lost sound. With a quick wave of her hand Barthel halted the show.

“Well we can’t play that without the most important part. Let’s start it over.”

With smile and a quick glance at each other the bandmates recovered with a strong performance despite the setback.

The synth rock pair continued through the night playing their hits including “Mouth Full of Diamonds,” “Fall in Love” and “You Don’t Get Me High Anymore.” (The latter was recently covered by rising pop sensation Billie Eilish during her visit to BBC Radio 1.)

With the abundance of popular hits, the group had the set list sprinkled with new tracks such as “Mister Impossible” and “Into Happiness” that let the crowd know that a new project is on the horizon.


“We have new music coming soon.” confirmed Barthel. “We have so many jams, oh so many jams. Just be a little more patient.” 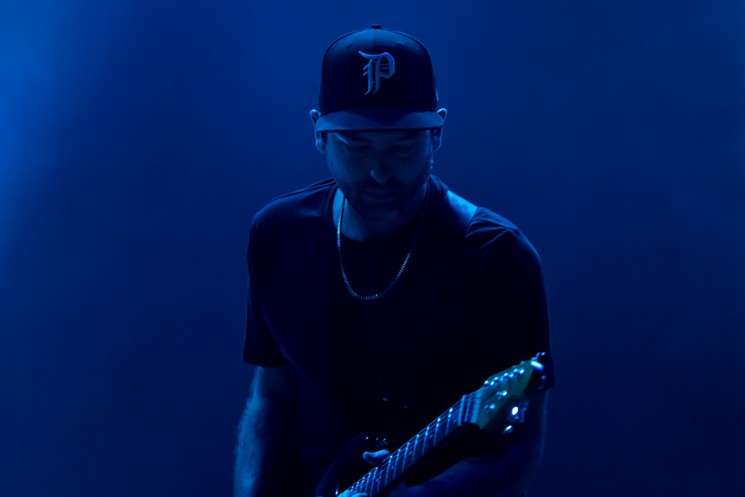 
The band closed out the night with a soulful performance of “Answers,” led by endearing vocals of Carter and a venue filled with the lights of cellphones and lighters; followed by “When I’m Small” the lead single from their debut album.