Still Waiting on the DS Final Fantasy Games on Switch 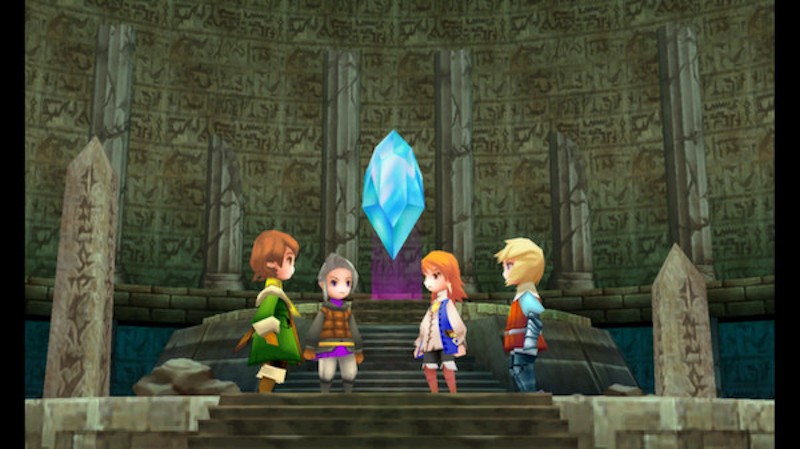 Screengrab from Final Fantasy III
It’s great that Square Enix has brought so many of the classic Final Fantasy games to Nintendo Switch in one big gulp. With Final Fantasy VIII just getting released, every game from VII to XII and Crystal Chronicles is available. As someone who has been trying to get his spouse to play the classics for ages, it’s very much appreciated.

However, it’s a little weird how such a homecoming has short-changed Nintendo’s own legacy of modern classics in the franchise. Between 2006 and 2010, three amazing Final Fantasies were released on the Nintendo DS. These were complete re-imaginings of III and IV as well as The 4 Heroes of Light. So far, none of those are available on Switch or have been announced.

These were monumental projects. Final Fantasy III was the last of the original Famicon games to see an American release, and producer Tomoya Asano gave audiences a version that blew the original out of the water so hard I would argue his is the definitive edition. Gone were the generic placeholder characters, and in their place was something much more akin to a modern story. It’s still incredibly bare bones by later series standards, but it’s light years ahead of the original if you happen to have played a fan translation.

About the only real complaint with the game is that it made you use the DS WiFi to earn the Mimic class, which is something that could be easily fixed. The remake was a boon for job class junkies. If the three games have one common thread it’s that Asano really likes the idea of players being able to exist within the classic job class framework of the first game but loves to ability to tinker and evolve within it. You can see that even in the remake of Final Fantasy IV. 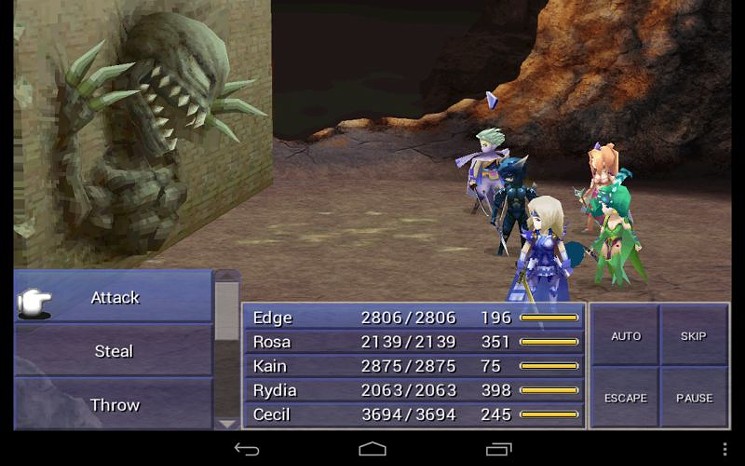 Screengrab from Final Fantasy IV
This one is simply a masterpiece and the best of the three I’m talking about. Cecil’s journey from troubled Earth to the Moon is in simple, but evocative 3D. Plus, the game now features charmingly hammy voice acting (Doug Lee as Rubicante is particularly delightful). Playing the DS version is like playing how the game looked in my head as a child. Plus, it makes it so that you never have to be without the skills of lost comrades as in the original. It was kind of a cheap trick, but a fun one that added a new dimension of play to old fans.

Everything about these two remakes is just delightful. They are simple games from simpler times, but the love and care Asano put into them reveal just how strong their foundations were. It made me hope that we’d see further remakes, especially V and VI.

Instead we got The 4 Heroes of Light. Of the three, it’s remembered the least fondly and when anyone brings it up at all it’s about how it served as a precursor to Bravely Default. Yet, it’s a wonderful game all on its own. It’s less epic than IV and even simpler than III, but it nonetheless tells a classic adventure story with gusto and competence. The crown system of jobs takes a little getting to used to, but you can see it now as a precursor to the cosmetic-obsessed character tweaking that obsesses the modern RPG. Plus, Naoshi Mizuta turned in this amazing soundtrack that rivals the best of Nobuo Uematsu. Just listen to this.


None of these games were groundbreaking, but they were all a love letter to an idea that seems to have gotten lost in Final Fantasy. They are unapologetically cartoonish in execution, not even bothering to aim for photorealism. They were turn-based experiences when everyone was looking forward to the action RPG, and not matter how many Bravely Defaults or Octopath Travelers sell like gangbusters it seems that the future refuses to change. I yipped out loud when the Final Fantasy VII Remake was announced to have a classic turn-based system in addition to the action one that looms frankly daunting.

As long as Nintendo is looking back on the series, they should embrace this trio of games that they did better than anyone else. With the 3DS more or less dead in the wake of the Switch, it’s time to begin preserving the aspects of its library that are most important. That includes a thematically-wonderfully trilogy of Final Fantasy games that brought old titles to life and paved the way for a new, retro-inspired line. They deserve to be available as much as Crystal Chronicles does.
California Privacy Policy California Collection Notice
Do Not Sell My Info
Use of this website constitutes acceptance of our terms of use, our cookies policy, and our privacy policy The Houston Press may earn a portion of sales from products & services purchased through links on our site from our affiliate partners. ©2022 Houston Press, LP. All rights reserved.