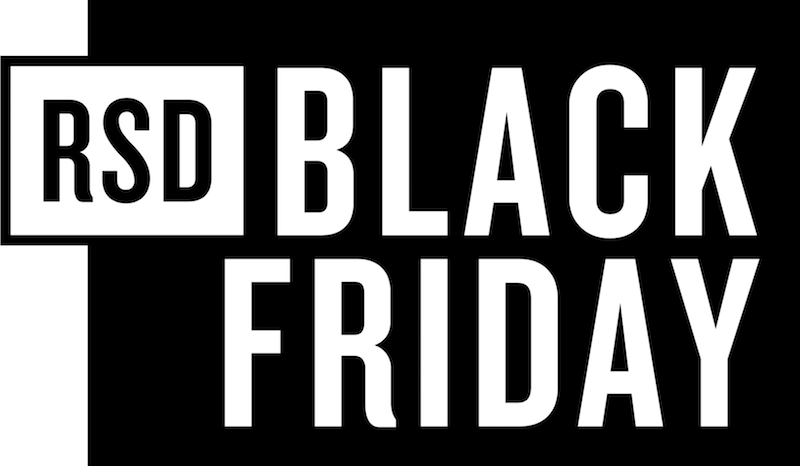 Record Store Day artwork
Houston has eight participating record stores which will provide free beverages, live music and limited edition vinyl releases.
Black Friday is unavoidable. Even for those who choose not to participate in the mass consumerism, the non stop marketing messages are sure to be received on some level. Black Friday may be the biggest shopping day of the year and the official kick off to counting down the days till Christmas, but it doesn’t have to be all shopping malls and big screens.

Every year on Black Friday, the organizers of Record Store Day offer a limited amount of special releases on vinyl. Though this event is not nearly as big as the yearly Record Store Day in April, it serves to remind people that music is important, vinyl is not dead and music makes a wonderful gift.

Record Store Day has helped breath new life into record stores and peak the general interest in vinyl beyond the avid collector. Special releases offer fans the chance to get their hands on albums that have been out of print or that were never released in the first place.

Participating independent record stores can only order one of each special release and are not guaranteed to receive their requested items, making the chase for these limited edition albums all the more interesting.

Participating artists range from mainstream to underground. Some of the artists with Black Friday releases this year include Lizzo, who will release her 2016 EP Coconut Oil for the first time on vinyl. Nick Lowe will release a seven inch of his 40 year old single “Cruel To Be Kind” with a duet of the song with Wilco as the B side.

Deceased artists also get a chance to get in on the action. Dr. John’s Babylon will be available again after being out of print for 40 years and the first ever, homemade recordings of Hank Williams got the royal treatment in the studio and are being released on a seven inch.

Houston has eight independent record stores participating in Record Store Day Black Friday. Some stores are approaching the day with a business as usual mindset, only opening their doors a little earlier than usual, while others have special events throughout the day. That’s the beauty of being independent, each participating store owner is free to do whatever they want.

For those looking for a fun alternative to fighting the crowds in the mall parking lots, Record Store Day is a great option. Who wouldn’t like more music in their life? Shoppers can find a list of participating stores and releases on the Record Store Day website.

Cactus Music will have a DJ session with DJ Caveman Architect from noon to three and free beer provided by Saint Arnold Brewing. Following his DJ session there will be a live performance from San Antonio’s all female, chicano-punk group Fea promoting their new album No Novelties.

Vinal Edge in the Heights will provide shoppers with coffee and beer and Sound Revolution in Cypress will have live music throughout the day at both of their locations. Sound Exchange will also provide beer, coffee and DJ sessions throughout the day and mark the end of the frenzied shopping day with a live performance by Merel and Tony.