Photo by Scott Clause/Courtesy of KL Productions
At age 82, Warren Storm is one of the last surviving originators of swamp pop music.
He’s known as the “Godfather of Swamp Pop”—but not because any rivals to the title met an unexplained end in a river while wearing concrete shoes. It’s because at 82 years of age, Warren Storm is the oldest of the genre’s originators still actively performing.

Swamp pop, which began in the ‘50s and early ’60s, is a sonic gumbo of the Acadian region of south Louisiana that blends New Orleans R&B, country, Cajun, and zydeco music. Some swamp pop hits that broke through on the national charts included Phil Phillips’ “Sea of Love,” Dale and Grace’s “I’m Leaving It Up to You,” Jimmy Clanton’ “Just a Dream,” and Frankie Ford’s “Sea Cruise.” 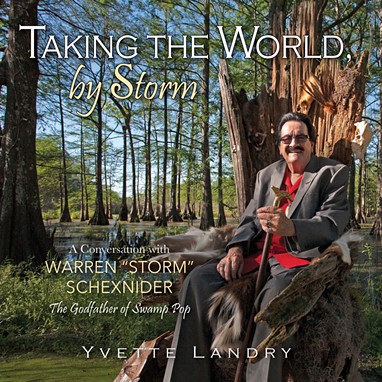 Book cover/University of Louisiana at Lafayette Press
Storm has not one but two projects out now with the title Taking the World, by Storm – a new CD from APO Records in which he re-records some of his best known material, and a lavish book from the University of Louisiana at Lafayette Press about his life and career by singer/songwriter Yvette Landry. It includes hundreds of Storm’s personal photographs and text based on several extensive interviews Landry did with the man born Warren Schexnider.

“How you doin’, Bob?” Storm’s heavy Louisiana-accented voice booms across the phone line. “Let’s talk! I’ve got all the time to talk. Since I’m a musician, I’m off during the day! This is the most wonderful time of my life. I’m so excited about the book and the CD. Seventy-one years in the music business!”

The favorite son of Abbeville, Louisiana himself my not be a well-known name in the greater rock and pop words, but plenty of big names are fans of his.

Upon finding out via a passed note that he was outside the gates of Graceland, Elvis Presley once sent a car to pick him up and shuttle him past the assembled crowd straight to the King’s living room. To this day, Storm regrets not having a camera with him to preserve the moment, and from that point onward (as the numerous snapshots with Storm and other musicians in the book can attest to), he always made sure that he had one.

When Robert Plant came to perform at a Fats Domino tribute concert in New Orleans, the former Led Zeppelin singer asked Storm for a photo with him. Plant (who Storm jokingly called both “Fred Zeppelin” and “Robert Plank”) also dropped by Storm and his wife’s apartment for a visit, and went with him to see some of the old recording studios in the area. 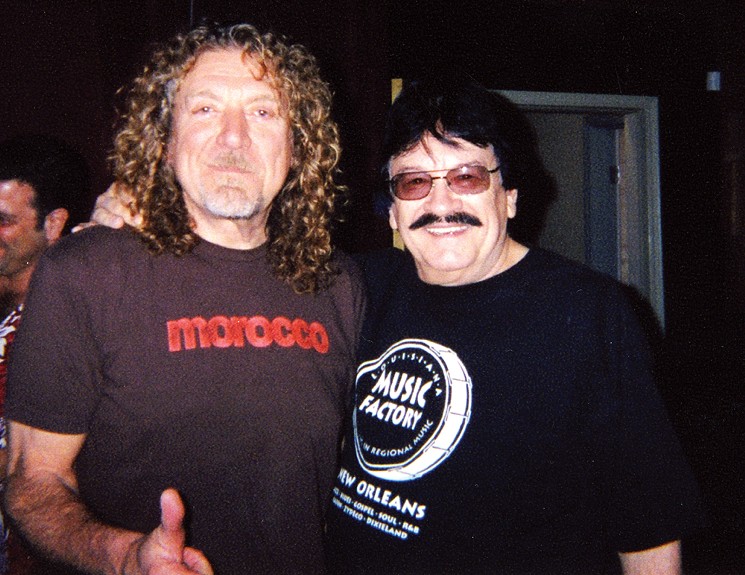 Robert Plant and Warren Storm in New Orleans, 2007. Storm jokingly called the classic rock god "Fred Zeppelin."
Photo courtesy of Warren Storm and the Center for Louisiana Studies, University of Louisiana at Lafayette.
And former Creedence Clearwater Revival front man John Fogerty asked Storm to play on his remake of Rockin’ Sidney’s “My Toot Toot” and shoot a video in Louisiana with him. Fogerty returned the favor as co-vocalist on his own “Long As I Can See the Light” on Storm’s new CD, which was produced by Yvette Landry and also includes guest appearances by vocalist Marc Broussard and slide guitarist Sonny Landreth.

Other tracks include fresh takes on some of Storm’s better known songs like “Prisoner’s Song,” “Mama, Mama, Mama,” “Mathilda,” and “My House of Memories.” And unlike many projects of this nature, his voice remains strong and seemingly of a man half his age.

Storm has deep connections with Houston, including multiple visits over the ‘60s, ‘70s, and ‘80s to record a SugarHill Studios either with his own projects or guesting on others, including his work on a Freddy Fender record. Drums have always been his main instrument (with a little dabbling in guitar), and he’s been mostly lead vocalist in his various groups and ensembles over the years. 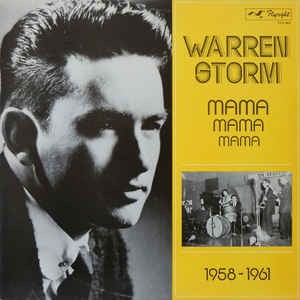 Record cover
“At that time, SugarHill was a very known studio, even to people in Nashville. It was a great place,” Storm recalls. He also forged a close relationship with SugarHill owner/producer/label head Huey Meaux, who was a key figure in recording and spreading blues, R&B, and swamp pop music.

“He always told me you had to believe in your singer, and he believed in me. We had been friends long before I recorded for him.”

Another friend from the early days was country artist Mickey Gilley. “I’m a Mickey Gilley fan and he is a Warren Storm fan. I’ve been knowing him since 1958 when he played [in a nightclub] on Broad Street in New Orleans and the Forest Club in Lafayette,” he offers.

“Then my wife and I drove to Houston in 1959 so I could be on his TV show. Two Cajun people in Houston? They had to get the police to get us out of there. We got lost!”

In the “Urban Cowboy” era of the, Storm also backed Freddy Fender on drums to a crowd of 5,000 people at Gilley’s nightclub in Pasadena, which he says is one of his most memorable shows he’s ever played. He’s also quick to name off his five favorite drummers (saying “You’ve got to mention them, Bob!”), many with jazz backgrounds: Gene Krupa, Buddy Rich, Earl Palmer, Charlie Williams, and Paul Ferrara.

Finally, in the book Storm recalls how ZZ Top’s Billy Gibbons made it a point to catch Storm’s shows some years back at both the Austin and Houston locations of the Continental Club, all the while effusing how much his mother loved Storm’s music and how she’d be jealous that they shook hands. “His mother had all my 45s! That was a surprise to know that!”

As for his future, this is a Storm that shows no sign of dissipating. “I’ll keep on playing until I leave this earth,” he sums up. “I’m not stopping!”
California Privacy Policy California Collection Notice
Do Not Sell My Info
Use of this website constitutes acceptance of our terms of use, our cookies policy, and our privacy policy The Houston Press may earn a portion of sales from products & services purchased through links on our site from our affiliate partners. ©2022 Houston Press, LP. All rights reserved.